Did the bands turn over?

“A new pair of pants broke a million powder today?”

This issue has been accompanied by the “Summer of the Band” since the launch, and finally has a positive answer in the early morning of July 29, which means that the program group will not have to face Peng Lei’s “lawyer letter”. .

From the 40,000 before the competition to the 1.07 million today, the growth rate of fans of new trousers has accelerated with the advancement of the stage, especially after the recent two programs. 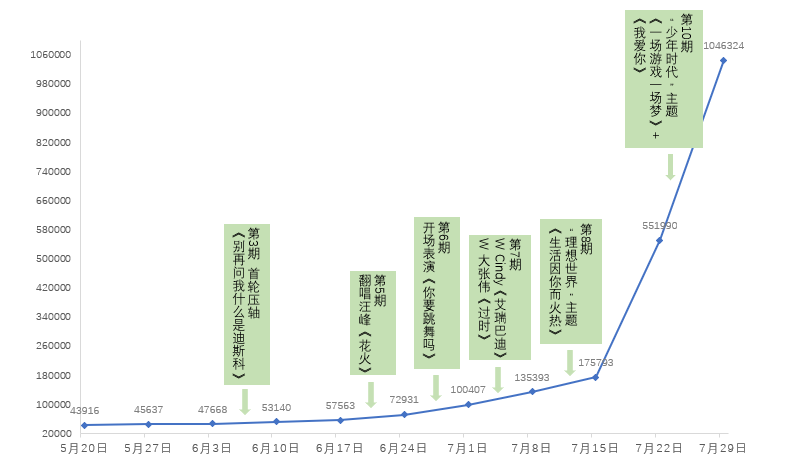 For the time being, whether the data growth in the past two weeks is too fast is affected by other factors, the popularity of new pants is undoubted. Since the cover of Wang Feng’s “Flower Fire”, the discussion of the topic caused by each performance of the band has been on the microblogging hot search list. 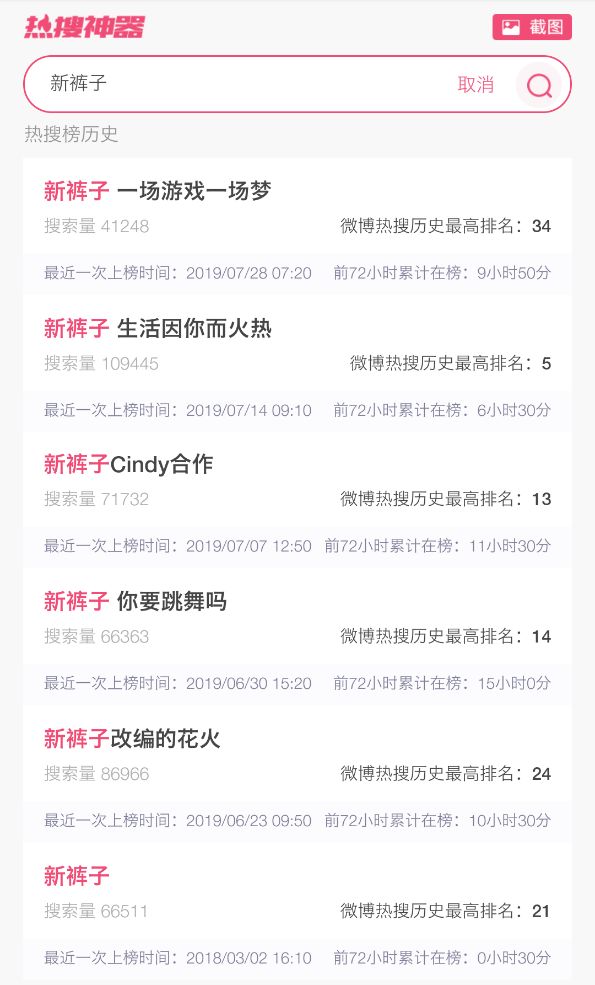 At the same time, “Pengyan Pengyu” was madly transmitted on the Internet, “Dr. Wide” got the crystal cool shoelaces, and the other band “Mengjie” was also won the flash star band. Less powder. When “The Summer of the Band” promised Peng Lei’s “Million Fans” to become a popular stalk, the program team responded to Peng Lei by launching the “Helping New Pants Up Million Powder” campaign. The desires and fans’ attention.

When the first season of the show is about to end, Peng Lei and the new pants have fulfilled their wishes, then what about other bands?

The summer is about to pass, have the bands turned over?

In terms of the number of Weibo fans, the million-dollar band is more than a new pair of pants. According to the data, there are 1.1 million fans in front of the new trousers, and the new trousers have the same as the Hedgehog band, as well as the closeness of the penicillin and the tour group. 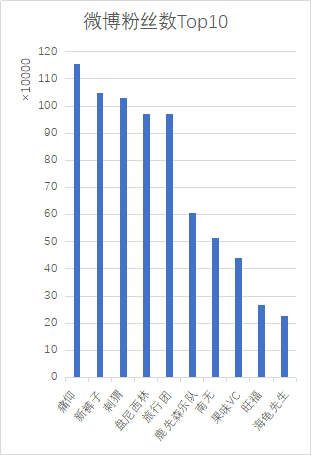 From the general development track of domestic bands, this achievement is bright enough. According to the statistics of the public number LoveIsBug, As of July 29, there are 9 bands with more than 10 times more microblogs, and the existing fans of Mr.Woohoo and Click#15 are all 75 before the game. More than enough;The total number of Weibo fans in 6 bands increased by more than 300,000, and the new pants, hedgehogs and pains increased by nearly one million, which means that their number of fans before the game is only now. A fraction. When the popularity rose, the timely tour immediately gave the band a positive return.

Take #15 as an example, they will start a national tour in August, in which 6 cities including Beijing-Hanghang-Hangrong quickly sold out in the second half of the invoicing; the tour has not yet begun, and the tickets for the rest of the game are also added. In the case of two stations, they were sold out. Ricky told the music first, the Beijing station for this tour was the first time they were on the stage of candy.

As the largest and most indicative venue in the Livehouse in Beijing, the candy can accommodate 1,500 people, LenkaFamous foreign musicians such as Mando Diao have also performed here, and it is the place where many independent bands dream. Coincidentally, the eleventh tour of the Queen’s luggage is also sold out.

In business cooperation, the bands have also won the favor of brands other than fruit shakes, Buick and vivo. The Hedgehog Band and Click#15 became the spokesperson of the Taoist Dictionary, and cooperated with Ruixun Coffee in the Xiaolan Cup. Lu Xiansen also created the theme song for Ruixun Coffee’s Xiaolu Tea. Penicillin and Peace and Wave also told the music first, some brands sent invitations to them after watching the show, and specific cooperation is still being considered. 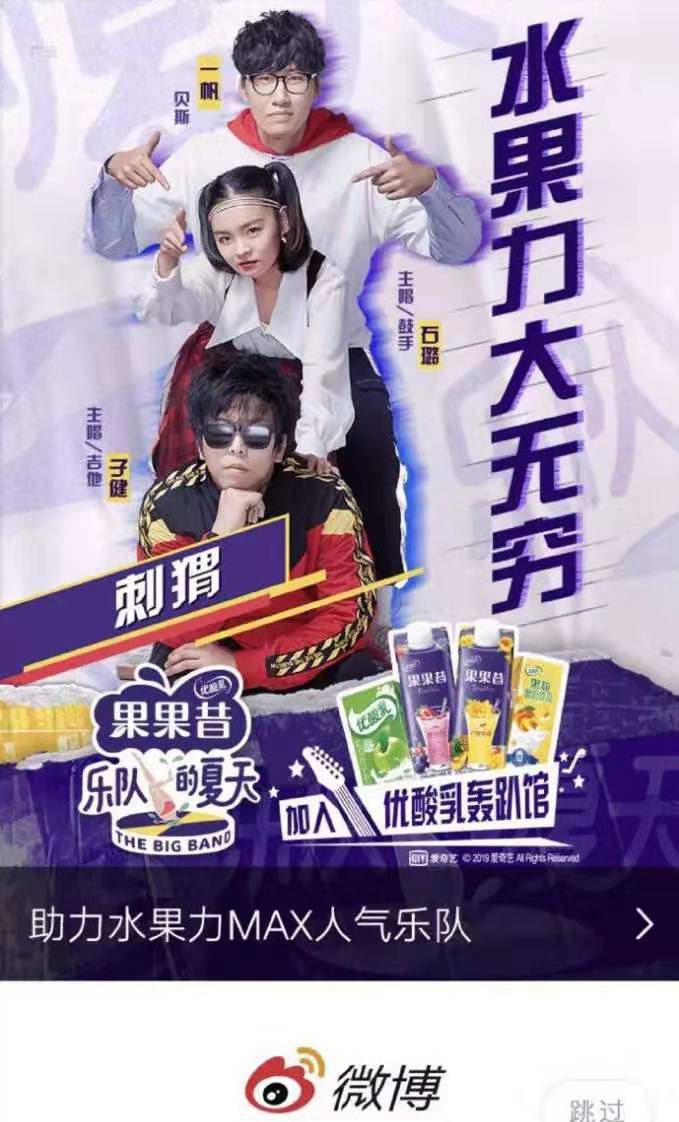 In the fashion world, “VogueMe” directly became the chief cooperative fashion media of “The Summer of the Band”, which was opened for new pants, Jiu Lianzhen, Tour Group, Click#15, Turtle and Hedgehog 6 bands and super fans. Take the column of “How else is YOUNG”. In addition, Click#15 has also cooperated with fashion brands such as “Bazaar”, “Men’s Wear”, “Jia Ren”, “Mr. Fashion” and “Season”.

As for the most concerned price issue, Click#15’s performance offer is 3 times the original, and Shen Lihui announced on the 29th New Wave Forum that the price of new pants has increased by 12%, and the band has not risen.

As we have seen, the bands are getting more and more exposure at a speed that is visible to the naked eye, and they are also showing more possibilities in working with business brands.

The real challenge is just beginning, how do the bands respond?

The rise of powder means that a new group of people will infiltrate, and while they bring more vitality, they will inevitably break the original ecological balance. History also proves that smallThe culture of the circle is often accompanied by the impact of the culture of the food circle when it comes to the public. There is no shortage of contradictions in this process.

As early as May 17, the day before the release of the 31 bands by “The Summer of the Band”, a number of accounts with the suffix “Band Fan Support Club” appeared on Weibo, including new pants. Hedgehog, painful and many other participating bands, as well as mosaics, scandals, big waves and other non-participating bands. They claim that early cybersquatting IDs are ironic “hope that independent music will not be eroded by the culture of the food circle.” 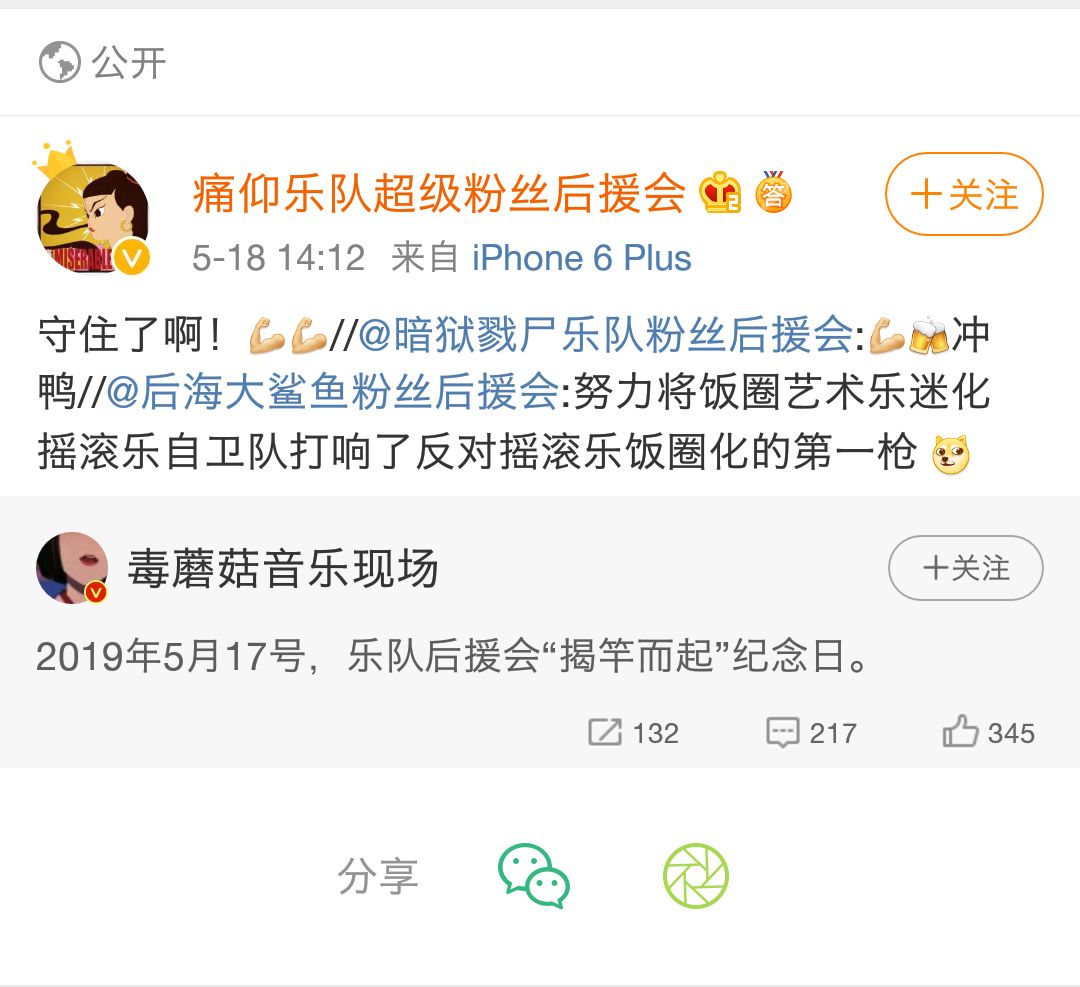 Afterwards, some of the supporters who had just insisted on “resisting the food circle” turned to realize that in the process of commercialization of the band, boycotting the culture of the food circle is not the only way. So they began to “Meng Xin” people’s independent music environment and rock scene knowledge, to maintain the original order in a strong way, and spontaneously promoted for the band. One voice believes that this is a viable way to weaken the conflict between new and old fans;Another voice believes that this reflects the anti-meal behavior and gradually move toward the rice circle. The culture of the rice circle is often criticized. Fans pay too much attention to people and their lives, but they don’t care much about their work. This is also a view that fans are different from fans.

However, Ricky believes that their new fans are not much different from the original fans. There is no clear boundary between fans and fans. He just started listening to music simply because he thinks musicians are handsome and likes them. Prince also often studies his personal life. As for the ability to appreciate music, “Everyone does not know what music is better, but there is not much contact, and the improvement of the quality of the audience needs to be cultivated slowly.” When it comes to the phenomenon of 嗑CP, he said, “How can you refuse to like you in various forms?” This is true, but the challenge that the band faces is precisely the conflict between the various forms that you like.

After a while, “Lun Kun Fans” let us see the voice and influence of traffic data. The four-dimensional peace and wave believe that the high flow rate of the rice circle belongs to the “one of the big data recommendation algorithms that use human resources to control the social platform”, and this is the second place where the rice circle culture often causes controversy. Mr.Miss encouraged fans to vote for Click#15 in order to resurrect themselves. It seems that everything that is linked to the “rice circle” will touch the sensitive nerves of the public. As Ricky said, “Chinese band culture and cooking circle culture are actually in their infancy, and everyone has a lot of room for development”, it is difficult to reconcile The contradiction is in need of finding a proper and stable balance fulcrum in them. In fact, how to face the impact of the rice circle is also related to another issue that everyone cares about: Is the band out of the ring?

Before answering this question, we should first understand why the band needs to circle. In essence, the need for new trousers for powdering is the band’s need for the circle, and the need for data and traffic for all the stars. They all depend on the strong correlation between the artist’s business value and his popularity. .

For the band, records that could have been sold directly have been difficult to use as the main means of profit, and even the amount of their listening is related to popularity, while other ways of realizing are more dependent on the level of popularity. The so-called traffic era means that the popularity has a measure that can be accurate to the number, and the artist’s business value is directly linked to the flow. In the past few years, the dilemma that new pants often encounter when talking about business cooperation is that the other party retreats because of the contrast between the number of fans and the qualifications of the band. 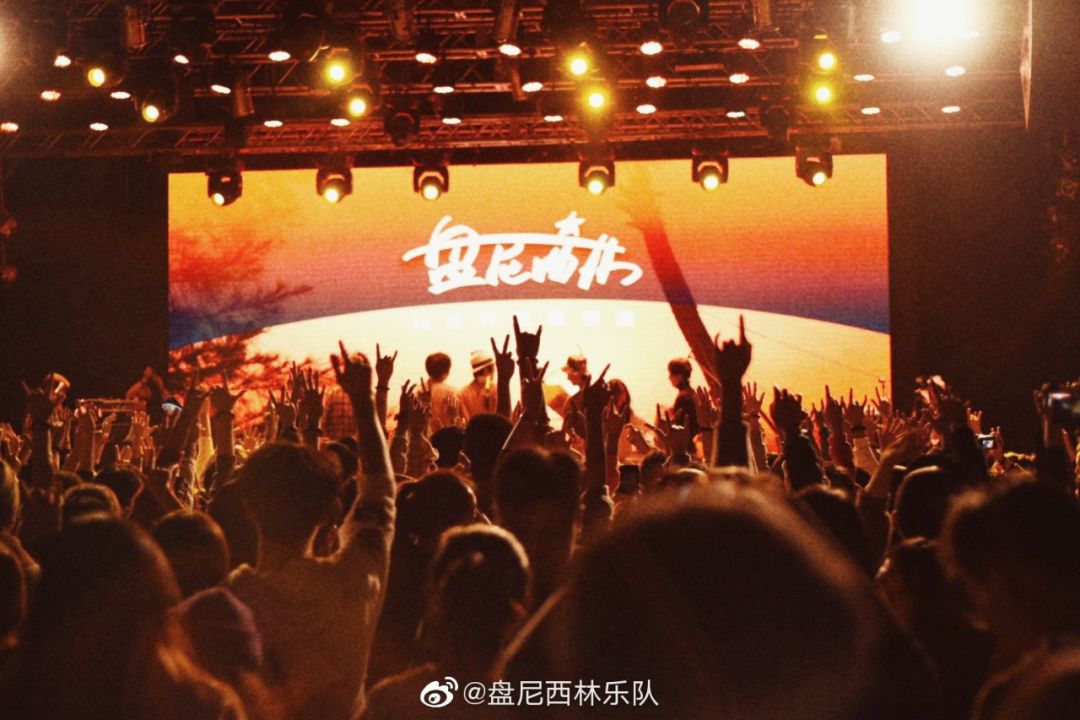 Secondly, another discussion premise that needs to be defined is how big this circle is. If you make this circle a bit more obvious, it is the number of fans, advertising fees, the number of albums to listen to and download, and the size of the venue, the price of the tickets and the time of sale, but also the number of works, and the work is difficult The quality of the evaluation. In the context of popular culture, the band is part of the music industry, and music is part of the entertainment industry.

From the above we have seen the band’s own growth and existing achievements, but it must also be acknowledged that this is a bit worse than the artists who have gone out of the fire. In the interview, Click#15, Peace and Wave and Penicillin both thought that they were not out of the ring, but this is not the artist’s own decision, the operator and the capital side play a greater role.

We must be conscious of the fact that it is difficult to talk about the band’s circle problem by relying on a variety of variety, but “The Summer of the Band” did indeed let some viewers who did not understand the band enter the Livehouse. The ring shock also reflects the potential of the band in a certain sense.

When the show ends, the overall heat of the “band” will gradually decrease, and the handover stick will still fall back to the industry behind the band. How to make newcomers a frequent visitor to Livehouse, how to further expand the band’s audience layer without showing up, how to make music content and commercial content better compatible, all challenges have just begun. 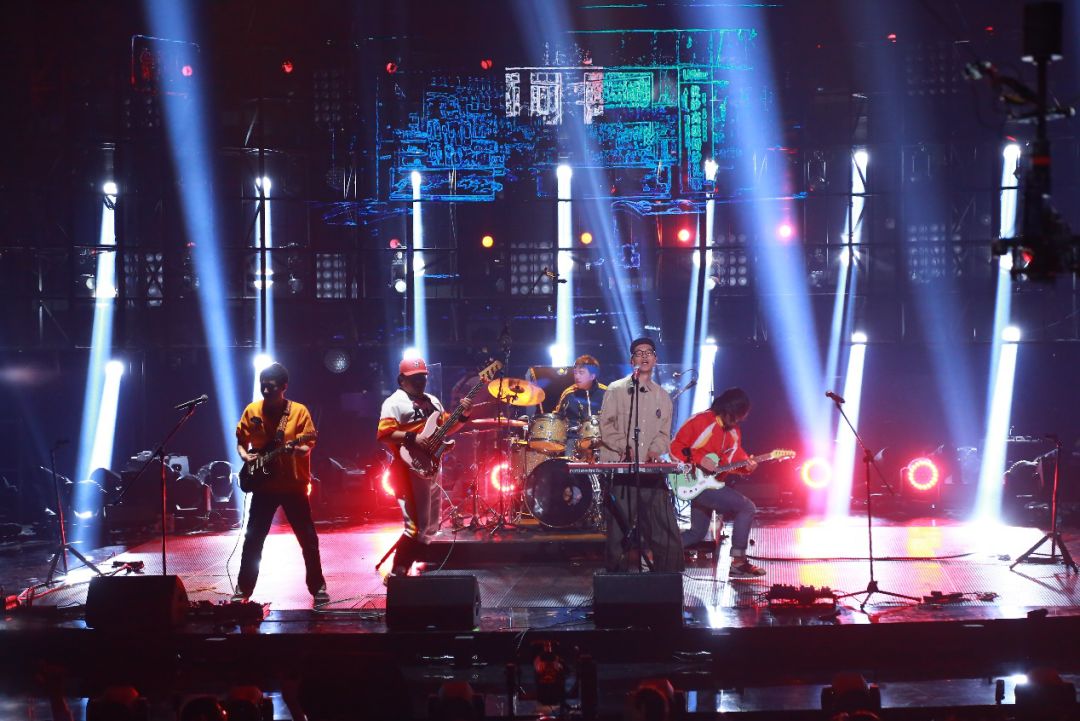 And for the band as a creator, they don’t seem to worry about the enthusiasm, and the better presentation of music content is their concern. Click#15 believes that it is time to release the energy accumulated from the previous accumulation. As for the future, the most recent goal is to successfully tour and complete the debut album. The second album of Penicillin is also being recorded, and the second half of the tour has been put on the agenda. The Peace and Wave phase is also preparing for the first full-length album released in September and the tour that began in October.

In addition, they all agree that the size of the venue cannot determine the quality of the performance, and it is more hopeful that they can present fun ideas and bring a better performance atmosphere. During the interview, they can feel that they are still more willing to be recognized by more people as musicians. Although the challenge has just begun, the music path of the band is still expected.