Theoretically speaking, investment research is a “science”: we use a variety of information to form a complete and self-consistent logic, analyze the company’s value, and make reasonable predictions about the industry and the company’s prospects. The problem is that the longer I study, the more I feel that this is not a “science”. This is not even a “learning” that can be strictly defined, but it fits Soros’s definition of “alchemy”.

No matter what company we study, we are actually studying two different levels at the same time:

In the investment industry, we often refer to changes in the “corporate body” as “fundamental” factors; and to changes in “the company’s impression of the outside world” as “market factors”.

This kind of “schizophrenia” mentality is necessary and understandable. I believe that in any large-scale economy, there is a similar “market split” leading to “schizophrenia”. The problem is that China is too big and the geographical gap is too big. The gap between “inside the fifth ring” and “outside the fifth ring” in the same region is still too big. Especially after entering the mobile Internet era, consumers of different geographic locations, different levels, and different generations are quickly involved in the same “Internet industry”, but the gap in their consumption habits is still as wide as ever. The Chinese market is not only complex, but also becoming more and more complex, making it extremely difficult to study.

To be honest, even if you are a veteran who has done business or strategy for a long time in a leading Internet company, facing such an extremely complex, extremely diverse, and rapidly changing Chinese market, I am afraid that you are a little weak; let alone Investors, newcomers in the industry, media and foodMelons? Under this circumstance, everyone can only take the second place and adopt a “highly simplified” cognitive framework, which I call the “dual cognitive framework”:

Is this highly simplified “dual cognitive framework” right? It is certainly useful because it provides a meaningful starting point for our research on the Chinese Internet and the entire consumer industry. The problem is that anything that is “highly simplified” will ignore details and give partial generalizations; when it develops to a certain stage, cognitive dissonance will appear. Let’s take a look at a few interesting examples of my personal experience. 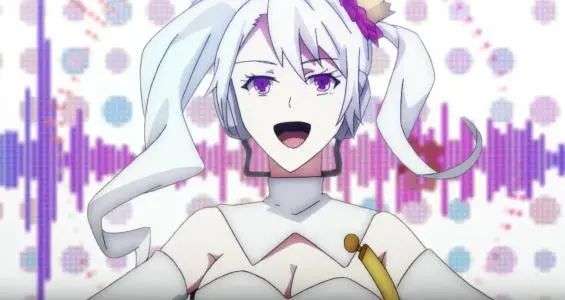 (Does what you believe is true? Have you doubted it?)

First, Kaishou released the prospectus on November 5, officially launching the Hong Kong stock IPO process. I have always been very interested in Kuaishou and I quickly finished reading the prospectus; but To my surprise, there are very few people around me who are seriously discussing Kuaishou. Whether it is a brokerage analyst or financial self-media, the analysis of Kuaishou’s listing has not been published as much as I thought — at least far less than the previous analysis of Ant Group. Discussions. Among these few discussions, the real value is even less.

According to my observations, the most widely circulated Kuaishou research in professional circles in the past two weeks is still the “weird Kuaishou” four years ago, and the “comparison of Kuaishou product form and Douyin” two years ago. . Many investors are optimistic about Kuaishou, and some have shouted the slogan that Kuaishou has a market value of over one trillion. Optimistic about the foothold of Kuaishou is still its user base in the sinking market-this is something that everyone has long recognized. All in all, there is not enough, in-depth, and new-fashioned research on Kuaishou.

Secondly, Pinduoduo announced an excellent financial report on November 12: Not only has the growth rate of GMV rebounded, but the loss rate has shrunk sharply, and it has achieved profitability under the deduction of non-standards. Even a person like me who has always been optimistic about Pinduoduo did not expect this quarter to be so good (especially in terms of profitability). Pinduoduo’s stock price soared immediately, and its total market value exceeded US$180 billion, which is almost 1/4 of Alibaba, 1.5 times that of JD.com (of course it has fallen back a bit now).

I saw with great interest that the controversy surrounding Pinduoduo has not disappeared. To be precise, the market’s view of Pinduoduo has always been polarized, and there is a growing trend. People who are optimistic about Pinduoduo have already begun to discuss the possibility that “the market value of Pinduoduo will one day exceed the sum of Tencent and Ali” (it’s too optimistic); those who are bearish on Pinduoduo still repeat “Pinduoduo fakes and more”. Without subsidies, Pinduoduo is useless” and “Pinduoduo is not in line with the trend of consumption upgrading.” Although Pinduoduo has been on the market for more than two years, the views of opponents have remained more than two years ago.

At the same time, Bytedance is rumored to be seeking a new oneThis round of PE financing (probably the last round before listing) has a target valuation of US$180 billion-exactly the same as the market value of Pinduoduo! This coincidence is really interesting. I asked more than a dozen friends, including both investment circles and Internet circles; most of them believed that if the valuation of Bytedance is the same as that of Pinduoduo, then there is no doubt that the former is underestimated and the latter is overestimated. Up.

“If ByteDance is listed as a whole, whether it is on the Hong Kong stocks or the A-share sci-tech innovation board, it is very possible to reach a market value of 3-5 trillion.” This is the mainstream view I heard in my circle of friends. This valuation is much higher than the valuation of Ant Group at the time of its IPO, and is only slightly lower than the current market value of Tencent and Ali. I have not served domestic financial institutions for some time; I believe that their valuations will be more optimistic and aggressive.

After all, the A-share market can immediately pull any company with the “byte beating concept” up to 5-10 daily limits, and even “companies that do business on Douyin” can enjoy higher than their peers Valuation. If the byte skips Moving this to visit the A-share or Southbound Stock Connect market, relying on such a powerful fan plate to achieve The market value of 3 trillion should not be difficult.

Bytedance, Kuaishou, and Pinduoduo, the three main characters of this article are all here. Everyone is optimistic about Bytedance, and there are many people who study it; there are also many people who are optimistic about Kuaishou, but there are few in-depth studies; as for Pinduoduo, it has always been in huge controversy and tearing views. This situation is normal, because these three companies represent the three mental states of middle-class “opinion leaders”:

(What would you think if someone smashed your cognitive framework?)

The byte beating in the middle class’s mind is actually mainly Douyin. After 2018, most of the user and revenue growth of Bytedance came from Douyin (and the overseas version of TikTok). Douyin is a product that fits mid-level tastes very well; it is also one of the very few mid-to-high-end users in first-tier cities in China, and it has penetrated into the nationwide apps all over the country. For high-income white-collar workers who are very busy at work, do not have a lot of time for entertainment, and have little experience in mobile entertainment, Douyin has opened a new door. The content form and tonality of Douyin are also fully in line with the aesthetic taste of the middle class.

After 2019, Douyin is sinking day by day, taking away part of the “sinking market” from Kuaishou; the previous pattern of “North Kuaishou, South Douyin” or “Mainland Kuaishou, coastal Douyin” no longer exists . This coincides with the dual cognitive framework of the middle class: With the upgrading of consumption and the improvement of aesthetic taste, Douyin has expanded from “inside the fifth ring” to “outside the fifth ring”, and it is likely that these two markets will eventually be unified. TikTok’s overseas success also fits this cognitive framework. Since Douyin is the perfect product in the eyes of the middle class, Bytedance is of course their “dream lover”.

When researching the Bytedance company, middle-class “opinion leaders” are also accustomed to highlighting areas that meet their own tastes-such as leading algorithm technology, flat organizational structure, strong product development iteration capabilities, internal data China and Taiwan get through, and so on. Another big advantage of Bytedance-its strong sales ability, has been largely ignored. All in all, Bytedance was originally a company that could score 95 pointsA high-quality company, and the “halo effect” in the eyes of the middle class has added 55 points to it, making it a perfect company with 150 points, which can be called the “bytebeat in a dream”.

To a certain extent, Douyin has broken the absolute advantage of Kuaishou in the sinking market, but there is no doubt that Kuaishou has a solid foundation in the sinking market. From news reports and prospectuses, middle-class “opinion leaders” have seen that Kuaishou also has a large number of users, large income, and high revenue growth, especially in the ascendant live streaming delivery field. The question is, how solid is Kuaishou’s advantage in the sinking market? How to realize this advantage in the future? These issues are difficult to study. After all, the proportion of investors and professionals who use Kuaishou is not high, and there is even less contact with Kuaishou sinking users.

Therefore, the middle-class “opinion leaders”‘s understanding of Kuaishou can only stay at the level of “sinking the market giants and vanes”, and it is difficult to go further. In fact, Kuaishou represents the “market outside the Fifth Ring Road in the imagination of the middle-class”. This market and the “inside the Fifth Ring Road” are in good condition. In the eyes of pessimists, as consumption upgrades, Douyin’s “inside the five rings” will gradually eat away from Kuaishou’s “outside the five rings”; in the eyes of optimists, this process will not be so fast and there is still enough room for maneuver. . Anyway, they are in line with the “dual cognitive framework” of the middle class.

The problem is that Kuaishou has been getting rid of the stereotype of “sinking the market” since 2018; now Kuaishou has become a nationwide app, and there are many large city residents. Kuaishou’s acquisition of station A and betting on live game broadcasts are also expanding to young people and the “Fifth Ring”. However, in the middle-class “dual cognitive framework”, these changes are ignored. So it is even harder for us to see the in-depth and comprehensive research and analysis of Kuaishou.

Pingduoduo cannot be included in the middle-class “dual cognitive framework” at all, causing serious cognitive dissonance:

(Does the correct understanding of things exist or not?)

Pinduoduo is not Douyin, because it does not rise in the “five rings” and is not a mid-level “dream lover” at the product level and company level. Pinduoduo is not a fast hand, because it does not obey the middle-class definition of “sinking market”, and it also seriously violates the logic of “consumption upgrades lead to being eaten outside the Fifth Ring Road”. What’s more serious is that Pinduoduo has fully penetrated into the lives of middle-class “opinion leaders”, which Kuaishou has not done yet. For many investors and professionals, Pinduoduo’s penetration of their entire family is likely to exceed Douyin.

In view of the fact that Pinduoduo has not collapsed until the second half of 2020, and the cash flow has always been positive, and has achieved break-even, we seem to be able to conclude at this moment-the middle class’s “dual cognitive framework” for the Internet industry Has been completely broken. Whether for investors, professionals, or the media, this impact is huge; they can’t find a new framework to explain what is happening.

I also want to know.