Not being overthrown by short-selling institutions, but tripping over by the marketing war.

Online Education CompanyLearning with whom has achieved success after 9 consecutive quarters of profitability Altar, the first significant loss.

On the evening of November 20th, GSX released the third quarter financial report for fiscal year 2020. The financial report shows that the company’s third-quarter revenue was 1.966 billion yuan, a year-on-year increase of 252.9%. What is surprising is that GSX has a net loss of 933 million yuan this quarter, compared with a profit of 1.9 million yuan in the same period last year.

After the release of the financial report, GSX’s stock price plummeted by more than 22%. The stock price at the close of the day’s decline narrowed and eventually fell by about 8%, with a market value of US$15.6 billion.

The performance has taken a turn for the worse, but the result is expected by the public. Because as early as October 20, a report issued by a Credit Suisse analyst pointed out that the competitive environment and strategic mistakes in the summer promotion have caused the conversion rate of GSX to hit a record low. The analyst will set the target price of GSX from The reduction of US$85 to US$71 caused GSX’s stock price to plummet by 30% that day, and its market value evaporated by more than 50 billion yuan, the largest drop since its listing.

This company, which has been short-selling 12 times in a row, and whose stock price has surged all the way, claims to be the only profitable listed company in online education. It seemed to be out of the picture when it burned money in the industry and broke the blood, claiming to be able to harvest a huge user base in the sinking market through WeChat private domain traffic. After more than a year on the market, GSX’s performance releasedBroken questioned again and again.

Unexpectedly, the epidemic has brought a large number of traffic dividends to online education. GSX participated in the summer war with a high profile for the first time, smashing 2 billion marketing expenses, and when the industry was looking forward to a satisfactory answer, it collapsed. Since the first financial warning on October 20th caused the stock price to plummet, GSX’s market value has evaporated by more than 30%.

Let’s take a look at the reasons behind the amazing losses and the stock price plunge through the financial report.

I lost money for the first time, and smashed the marketing madly.

Look at the data first.

From the perspective of income scale, GSX is the industry’s first in the field of K12 online live broadcast of large classes.

It is worth noting that GSX’s net loss this quarter reached 933 million yuan, compared with a profit of 1.9 million yuan in the same period in 2019.

According to the financial report, the loss was mainly due to the heavy investment in marketing activities to expand traffic growth and strengthen brand awareness, that is, the sharp increase in marketing expenses.

The third quarter coincides with the summer vacation. It is the most critical period for education companies to gain more customers in a year. It is also the time when companies spend the most on marketing each year.

Learning from GSX was originally an “alternative” who didn’t burn money to grab traffic. GSX CFO Shen Nan publicly stated at the beginning of this year that GSX has not paid to do any street sign advertising, light box advertising and TV commercials so far, and the investment in advertising is much less than that of the industry leader.

Gankee’s high-profile titled “Extreme Challenge”, “The Voice of China” and other programs, and omnichannel advertising. The financial report shows that GSX sales expenses in the third quarter reached 2.056 billion yuan, a year-on-year increase of more than 400%.

Such a sky-high price has brought in revenue of only 1.966 billion yuan. Sales expenses exceed revenue, and GSX has lost a lot of money in this season’s summer file battle. 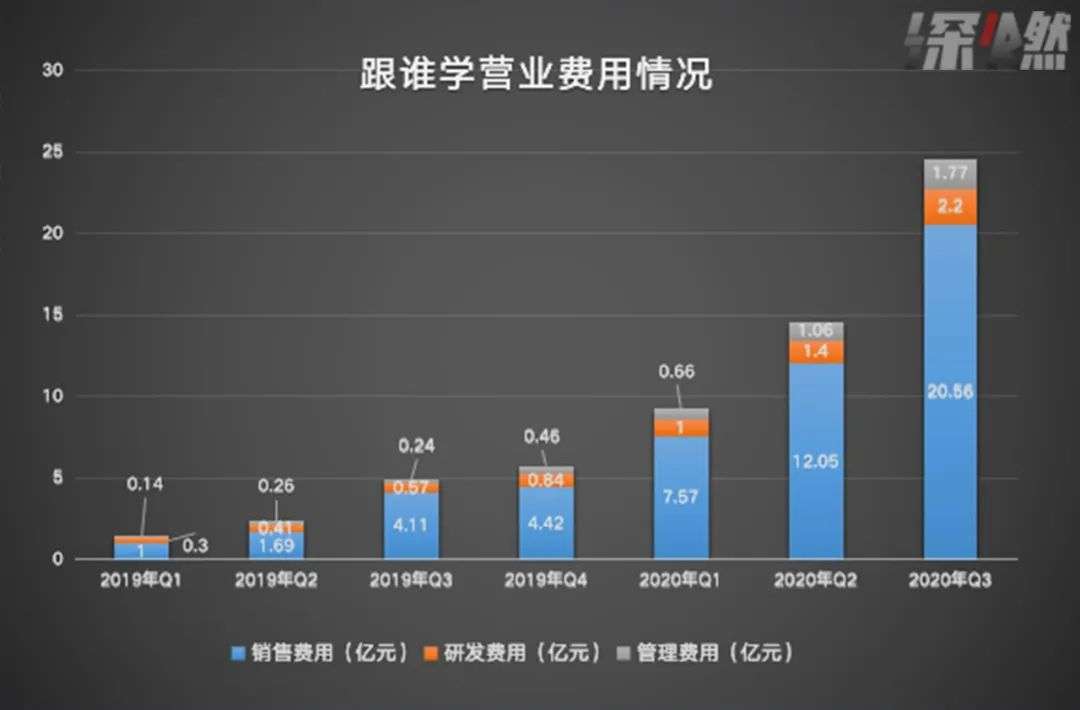 This means that the proportion of advertising costs that are actually converted into paying users is very low, and marketing costs are invested, but revenue growth has not kept up.

From a horizontal perspective, from 2019 to 2020 Q1, GSX’s revenue and net profit have maintained a growth rate of more than 300%. When the industry is losing money, GSX has 2.1 billion yuan in revenue in 2019 , 230 million yuan in net profit. But in fact, the operating pressure of GSX has already begun to take shape as early as the second quarter of 2020.

In the second quarter of 2020, although GSX had a net profit of 1.9 million yuan, the growth rate of net profit dropped sharply to 13.76%, and in the third quarter of this year, it had an operating loss of 160 million yuan for the first time. 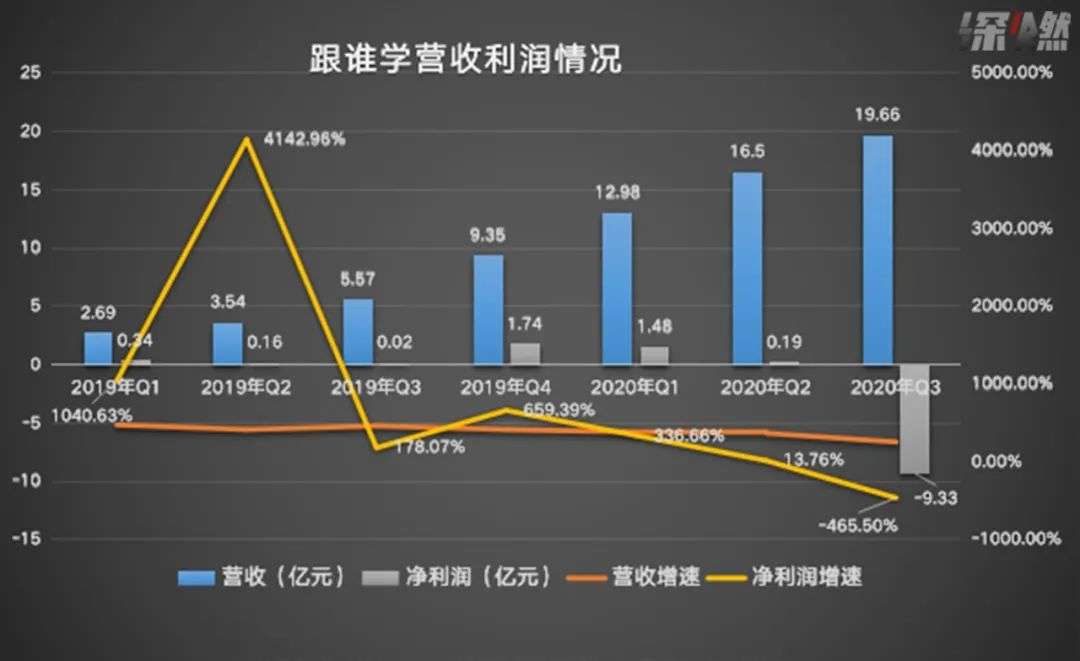 In other words, GSX, Youdao, and Good Future are all losing money in this year’s summer war, but GSX’s investment is relatively larger, and the input-output ratio is not ideal. Moreover, the low cost of acquiring customers has always been a proud advantage of GSX.

In the first half of this year, Grizzlies, Citron, Scorpio Venture Capital, Muddy Waters and other institutions successively The 12 short-selling reports released did not knock GSX down. Even if the short-sellers repeatedly questioned its order-swiping, “at least 70% of users are robots”, “inflated income, transfer assets”, etc., GSX’s stock price has risen all the way, rising four times during the year, reaching a maximum of US$141.78/ Shares, surpassing New Oriental, and becoming China’s second largest listed educational institution.

In this financial report, GSX also mentioned the progress of the independent investigation and the inquiry of the US Securities Regulatory Commission. It is mentioned in the financial report that the company’s audit committee has hired a third-party professional consultant to conduct internal independent investigations into the allegations in multiple short-selling reports. As of the announcement date, based on the verification and inspection currently performed by professional consultants, no financial report has been found Any major issues.

The GSX who has repeatedly defeated the bears, why suddenly the performance plunges and the stock price crashes?

In fact, in the past, GSX used thousands of official account matrices, community fission and other methods to monetize, and used free experience courses and low-cost courses to attract users, and then accurately operated private domain traffic. Convert them into regular-price class users, and use WeChat’s traffic dividend to accurately and efficiently acquire customers. At the same time, learn how to use Kaishou, Douyin and other new channels, public domain + private domain to improve customer acquisition efficiency.

In 2019, the average customer acquisition cost of GSX regular-priced courses was only 476 yuan, which was significantly lower than peers. As a direct result of this, GSX became the only listed online education company to achieve profitability, and it also frustrated 12 short selling reports.

However, as the WeChat traffic dividend is exhausted, GSX’s traffic pool is difficult to continue to expand. It can only divert from public traffic like players in the industry. In the new round of arms race, GSX learns and tutors with apes, a good future, Job help and others are standing on the same customer acquisition line.

The summer war has always been a battleground for military strategists. GSX also participated in the war this time, but the sky-high investment of 2 billion yuan did not return the expected return.

There are certain objective factors behind the reasons. Learn from whomCFO Shen Nan mentioned in the financial report: “Due to the delay of the college entrance examination and the high school entrance examination, The inconsistency of holiday arrangements in various provinces and cities has made the summer vacation in 2020 significantly shorter than in previous years, and it has also affected the cycle and pace of our course services.”

Previously, Credit Suisse analyst Alex Xie was short on GSX because of intensified competition in the Chinese market and GSX’s summer promotion mistakes. He said that because the company mistakenly focused on regular-priced summer items, “Summer vacation The time is very short. Parents can easily get promotional courses from multiple companies. Many parents choose to take turns in promotional courses without actually paying for the entire summer vacation.”

Analysts at Nomura Securities even lowered the GSX rating from “Neutral” to “Sell” and lowered the target price to $38. The reason given by the analyst is that in the highly competitive Chinese online education market, GSX may be struggling with weak income growth. GSX’s increasingly emphasized “star teacher” model has increased the company. Risks of the ape tutor, homework help, Netease Youdao and New Oriental Internet Classroom both have more growth Advantage.

On the surface,It is because the summer price war marketing investment is too large, the conversion is not good, and the performance loss caused the loss of GSX. Public reports show that this year all online education companies have increased their marketing expenses, and the average customer acquisition cost in the market has been raised. In 2019, the cost of acquiring customers for the K12 online large class of 49 yuan in summer is 200-300 yuan, which has risen to 600 this year. -700 yuan.

At a deeper level, Li Heng, a partner of Muhua Capital who has long been concerned about education, believes that GSX’s performance dive is caused by competitive factors. He pointed out that in the past year, GSX’s large class model has crushed small classes in the market and has innovative advantages. However, after reaching a certain level, if it wants to continue to acquire customers and grow, the traffic cost will be higher. And because of competition, Sales conversion rate will also fall. At the same time, in the process of company growth, management costs and organizational difficulties are also rising. 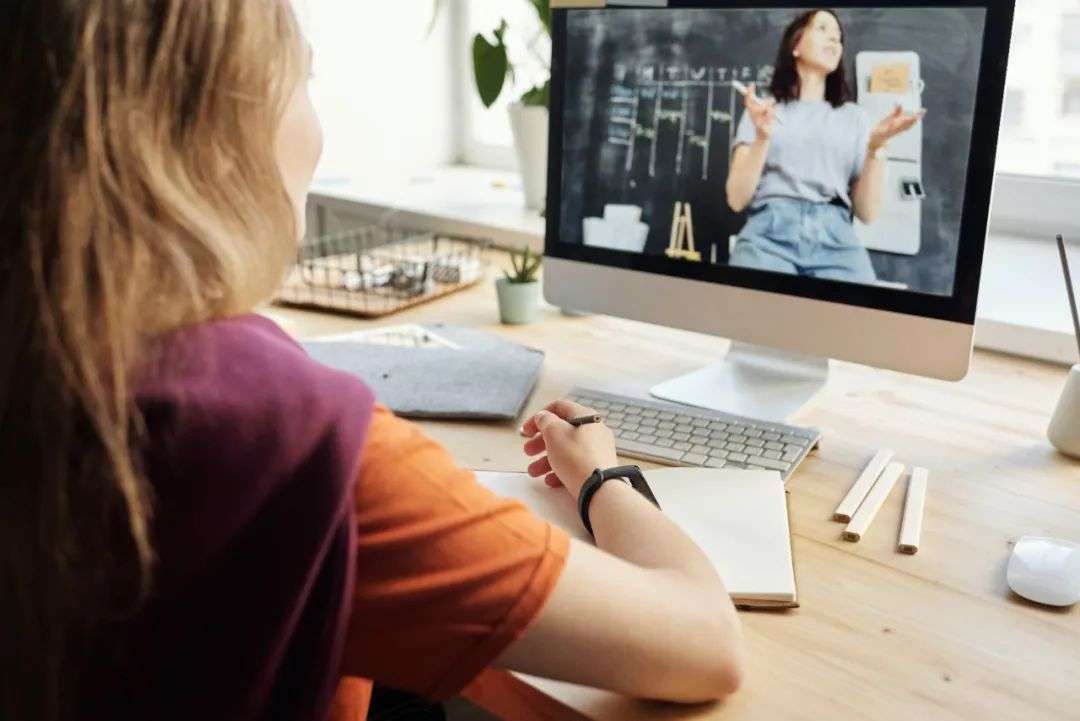 In addition, the epidemic also has a long tail effect. According to common sense, the epidemic has brought a wave of benefits to online education. Various companies have received more than tens of millions of free traffic. If they can grasp it well, the number of conversion retention should be considerable.

The real situation is that during the epidemic, every family is launching free classes, and it is almost impossible to charge. After the epidemic is over, a large wave of students return to offline, and the online education traffic pool has less and less “water”.

After the beginning of the new semester, students’ use of online education products has dropped significantly. The “K12 Online Education Industry Data Research Report 2020” released by Aurora shows that the industry penetration rate and monthly life reached a one-year peak in February 2020, which were 39.0% and 340 million, respectively. The industry per capita time in March was as high as a single month. 4 hours, and in September, the average time per capita dropped sharply.

Moreover, the epidemic also has an impact on subsequent marketing conversions. Assistant to the principal of Beijing New Oriental and Director of Local Department of Youneng Middle School,