The “unlimited traffic” package of the three major operators has not been lacking in the market for several years, but it has also caused a lot of squandering due to the fact that the traffic limit is exceeded. However, in the future, you may not even have the opportunity to spit. No, because the unlimited traffic package is likely to be history.

The first thing to do “hands-on” is China Telecom. Recently, a notice file for the sale of the package has been circulated on the Internet. The documents show that the provincial companies will switch the “slow down version of the package” from now on. For the regular version of the enjoyment package, the original package will be completely discontinued from September 1st. Compared with the original package, the traffic rate is different after the excess traffic rate. The new traffic package does not slow down after the excess, but according to the type of package, it is charged according to the standard of 1GB/3 yuan or 1GB/5 yuan. Suspend the Internet service for the month.

Next, China Mobile and China Unicom also confirmed to the media that their own speed reduction package will be adjusted in the future. The unlimited package that once made people love and hate seems to have entered the countdown.

Unlimited traffic package, which can be traced back to the 20 yuan WAP monthly package launched by China Mobile in the 2G era. Although the average speed of 100kbps is now the same as that of the broken network, the standard and true price of 20 yuan/month ‧ Unlimited traffic is also enough to be a luxury level more than a decade ago.

The 2006 monthly subscription of the WAP package was discontinued, but the real controversy will be until the end of 2013. After China Mobile launched the 4G service, it clearly indicated that the WAP package is not applicable to 4G services. The solution for the old users to use 4G is to upgrade. Discount package. Although some users were strongly dissatisfied with this, the 315 party report also played a role in fueling the situation, but the attitude of mobile is still determined.

With the lessons of the WAP package, Mobile is more cautious about the 4G unlimited traffic package, allowing rivals Unicom to seize the opportunity to launch the “Ice Cream 4G Package”, which is known as unlimited traffic, and Telecom will follow the line. 嗨 unlimited” package. 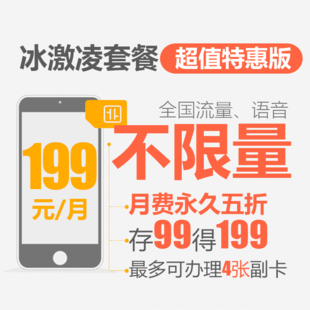 However, operators are savvy this time. The price of the unlimited data package of about 100 yuan is much more expensive than the WAP package, but it is not really unlimited. After the monthly traffic reaches the value, it will be speed limited. For example, the Unicom “Little Ice God Card” of 99 yuan is used. After the monthly usage flow exceeds 20 GB, the speed limit is up to 1 Mbps.

The practice of speed limit has become the biggest slot for such unlimited traffic packages. First, operators have emphasized “unlimited” in the promotion process. Only the small speed is used to indicate the speed limit. Second, users can’t break through the speed limit by purchasing ordinary traffic packets, and can only purchase more expensive “acceleration packages.”

The dissatisfaction of consumers with the operator’s unlimited traffic package finally attracted the attention of the Ministry of Industry and Information Technology. The operators were required to regulate the promotion of such packages. Therefore, various unlimited traffic packages were renamed, and the publicity speech became ” “Careful use” and “sweet enjoyment”, but the description of “speed reduction” also means that this is just an adjustment to change the soup.

So why must speed limit? Can’t you have a real unlimited flow plan? In fact, under the current conditions, there is really no real flow. We use the cellular network to access the Internet, which is actually implemented by the base station. The number of base stations in a certain area is limited, and the resources such as bandwidth and spectrum are limited. The number of people is large, and the speed is naturally affected. The traffic plan will inevitably lead to an increase in the load on the base station. At this time, the operator does not need to actively limit the speed, and the network may be paralyzed. Therefore, the explanation given by the operators to “guarantee the fair use rights of all user networks” is not entirely unreasonable.

It seems that the future is not limited, and it just meets the needs of some large traffic users. However, some users think that it is difficult to adjust. Some users think that only the speed limit is exceeded after the specified traffic, and it is not necessary for extra The traffic is paid, and now you have to pay extra traffic charges. The unlimited package is actually a big traffic package, which is a disguised price increase.

However, from the public report, even if the unlimited traffic package is discontinued, the original old users will not be affected, but after the contract expires, or after the 5G popularization, will there be the WAP monthly package? Disputes, such as unlimited traffic plan users can not access the 5G network, etc., is to ask a question mark.

As for the three major operators, they chose to cancel the speed limit package at this point in time. The outside world has different interpretations.

There is a view that after entering 5G, the speed of the network will improve, and the speed of traffic usage will increase greatly. The existing package traffic limit is not suitable for the actual situation of 5G. This is also the saying of moving internal files: “Meet the users of 5G era Diversified needs.” 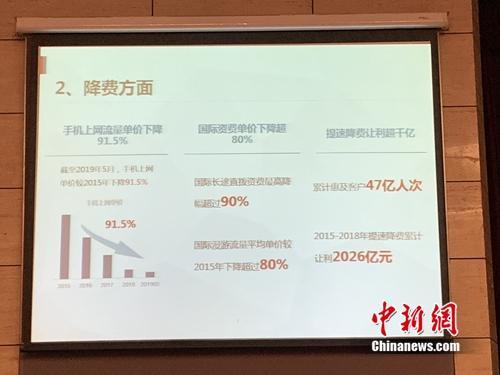