Language can shape our way of thinking in powerful ways.

Editor’s note: The human voice is a persuasive communication tool-even when you are talking to yourself. And positive self-affirmation often strengthens self-confidence and gains motivation to move on. This is why people who say “you are awesome” in the mirror every morning often do make positive changes in their lives. Even if you simply repeat some words, you can calm your heart down. The author of this article is Markham Heid, the original title is The ‘Mantra Effect’: How Talking to Yourself Can Change Your Mind. 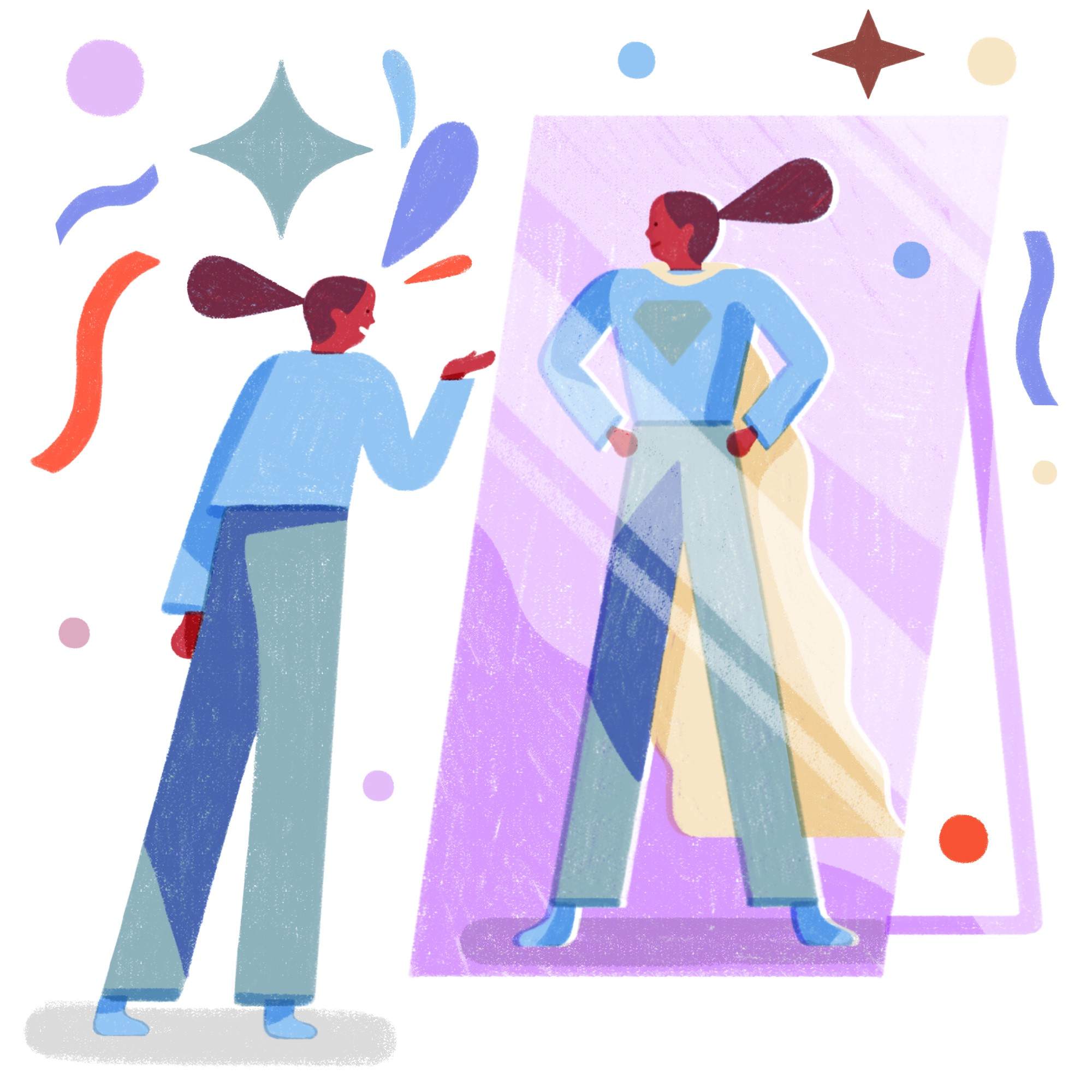 “Mantra” is a distinctive feature of many Eastern religions, including Hinduism and Buddhism. Mantras can appear in the form of words or phrases, but they are usually simple sounds or syllables and are considered one of the good ways to improve concentration and support meditation practice.

Om chant is one of the most well-known spells in the West. Although for some people, the word has great spiritual meaning, it can also bring peace to those who don’t take religion seriously.

An Indian study found that Om Mantra inhibits brain activity in a way that mimics the stimulation of the vagus nerve, and the vagus nerve controls the body’s rest and relaxation and can reduce stress. Although this study in India is relatively small, other studies also link Om Mantra to emotions and relaxation.

In fact, the calming power of similar spells has long been studied. A study published in the journal Brain and Behavior in 2015 found that repetitive speech-saying the same word or related words over and over again-causes brain activity involving the default mode network (DMN) Slow down. DMN is related to self-directed thinking and planning. Moderate thinking and planning are certainly beneficial (note that the emphasis is on “moderate”). However, the excessive activity of DMN activity seems to easily lead toAnxiety, depression and other mental health disorders.

In this study, some people repeated the word “one” over and over again. Their reduction in DMN activity was similar to the benefits of concentration and meditation practice, and these study participants all developed a sense of calm and tranquility. The authors of the study call this phenomenon the “mantra effect.”

People think that talking to themselves can make themselves calmer, more confident, or improve their mental state. This idea has long been considered nonsense by people, just like the variety show “Saturday Night “Saturday Night Live” is the same as Stuart Smalley’s sketch. But research in the fields of emotion regulation, sports performance, and cognitive psychology has found that we may have underestimated the value of talking to ourselves for a long time.

How does self-talking change the brain?

A neuroscience concept called “gate control theory” can help us understand how the spell effect works.

“Gating” refers to certain processes in the brain, like a closed door, which seems to prevent the activity of other processes. For example, massaging or touching a person’s skin has been shown to reduce pain by inhibiting the brain activity associated with pain. The authors of the “Mantra Effect” study speculate that through a similar process, simple words can prevent anxiety, restlessness, or distracting thoughts.

More studies on spells from India have also found that certain words or phrases may have different “psychoacoustic” characteristics. Research has found that saying these words, including Om Mantra and other spiritual mantras, seems to lead a person’s emotions in predictable directions, such as relaxation or happiness.

Consistent with this finding, there is evidence that the brain listens and responds to the emotional content of its own voice.

A study published in the Proceedings of the National Academy of Sciences in 2016 (Proceedings of the National Academy of Sciences) showed that in this study, people wear noise-canceling headphones Read a short story. When they read, they can hear their own voice playing back in the headset in real time. What the readers don’t know is that their voice is actually adjusted gradually through audio software. At the end of the reading, the voices of some of them were artificially changed into happy, sad or fearful voices.

After the reading, the research team asked the people participating in the study and assessed their emotional state. Most people (about 85%) did not notice that their voice was manipulated. It is worth noting that their emotional state has changed with manipulation: people whose voice sounds happy feel happier, and those whose voice sounds sad feel moresad.

There is also evidence that talking to yourself can improve concentration and performance.

A study published in the Quarterly Journal of Experimental Psychology in 2011 showed that when researchers said the name of an object aloud, they found that it was more It is much faster to say the name of the object. A powerful study found that when athletes speak to themselves in an encouraging way—whether they speak loudly or secretly—they tend to perform better.

How to talk to yourself?

Part of the reason is related to the stigma that comes from talking to yourself. “Too much self-talking can have some social impact,” said Dr. Ethan Kross, professor of psychology at the University of Michigan. “You don’t want to keep talking to yourself.”

Many of Kross’s works have studied self-talk in the mind. He and his colleagues found that when people speak to themselves like suggestions to friends or other people, this “out of self” method can help them control their emotions and improve their thinking under pressure. He said: “We all know that it is easier to advise others on other people’s problems than to ourselves.” “We can activate some tools and take advantage of the benefits we get when we help others.”

He suggested that you use “you” or your own name to talk to yourself, just like you would talk to a friend who needs your guidance. For example, you might say to yourself, “You are well prepared,” or, “John, you can do it.” When you convince yourself to solve a problem or situation, you want to maintain this attitude. Kross said: “This changes your inner dialogue and helps you avoid being immersed in the emotional details of the experience.”

It’s good to do this in your head. But it may be beneficial to say it out loud—perhaps for a slightly different reason. “This is not based on data. It is just my instinct,” he said. But when we speak loudly, we must organize our thoughts into a coherent story. On the other hand, he said, inner self-talk—especially anxious, contemplative thoughts—is often neither organized nor coherent. “It’s more emotional and repetitive, like a pinball of negative emotions,” he said, “but the act of expressing our thoughts aloud can provide us with clear ideas.”

In summary, all of these studies have shown that using your own voice—whether it’s chanting a calming spell in a low voice, orSolving a problem with your own voice-can silence unhelpful conversations in the heart, and at the same time affect feeling and performance.

“Language can shape our way of thinking in powerful ways,” Kross said. Using the main language tool you have-your own voice-helps to harness this power.