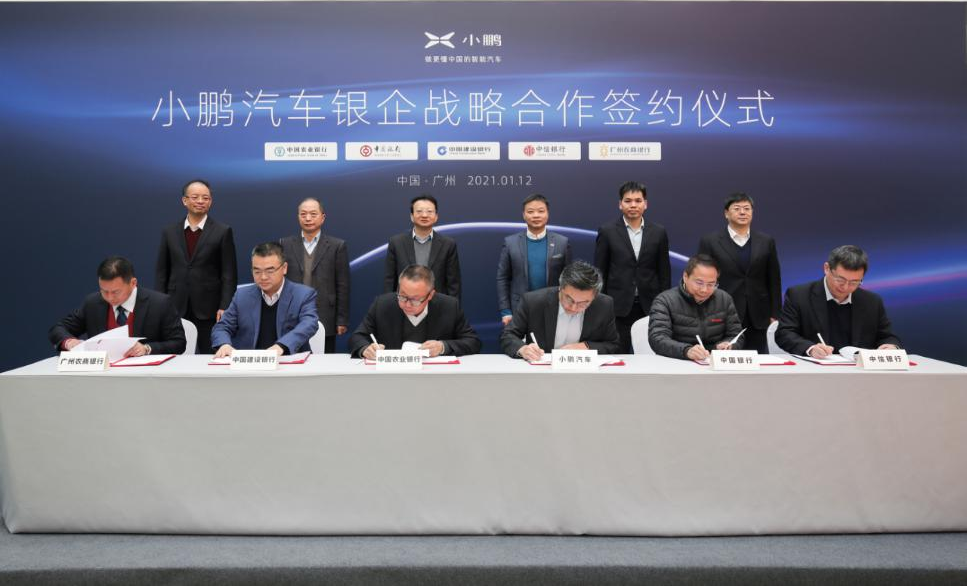 On the morning of January 12, the signing ceremony for the bank-enterprise strategic cooperation of Xiaopeng Automobile was held at the headquarters of Xiaopeng Automobile in Guangzhou. At the signing ceremony, Xiaopeng Motors announced that it will formally reach a strategic partnership with five banks in Guangdong Province to cooperate in promoting the sustainable development and construction of banks and enterprises.

Xiaopeng Motors Chairman and CEO He Xiaopeng said that the strategic cooperation between banks and enterprises is of great significance to further improve the cash usage efficiency and cost management of Xpeng Motors.

On December 11, 2020, Xiaopeng Motors announced the completion of the first additional issuance after its listing, with a financing amount of US$2.5 billion, which was the largest initial share issuance in the history of China’s concept stock. According to Xiaopeng’s official data, Xiaopeng Motors has raised funds three times in 2020, and the total funds raised reached 28.5 billion US dollars.

With sufficient financial support, Xiaopeng Motors is accelerating its network layout and ecological construction. Xiaopeng’s official data shows that as of September 30, 2020, Xiaopeng’s sales and service network has included 116 sales outlets and 50 service outlets.Covering 58 cities. Up to now, the cumulative delivery volume of Xiaopeng Motors has exceeded 40,000.

Xpeng Motors also released a free power-up plan for overcharging at the end of September 2020. By December 29, 2020, Xpeng Motors has achieved lifetime free charging services at 670 sites in 100 cities.

In terms of technology, Xiaopeng Motors officially announced on January 1, 2021 that Livox, which was incubated by DJI, has become its first partner in the field of lidar, and will be used in a new mass-produced model launched in 2021. Livox’s customized car-grade lidar means that Xiaopeng has taken a crucial step towards the goal of launching the world’s first mass-produced smart car equipped with lidar in 2021.

For the purpose of this fund, Weilai Automobile plans to use the net proceeds from the issuance of bonds mainly for general corporate purposes, and to further strengthen its cash and balance sheet.