After years of technology accumulation, the gene therapy industry has gradually matured, leading the third industrial revolution in biomedicine. But in this field, delivery strategy has always been one of the important bottlenecks that plagued the development of the industry. In 2020, Jennifer Doudna, who won the Nobel Prize for outstanding contributions in the field of CRISPR, also lamented that “delivery may still be the biggest bottleneck for somatic gene editing.”

VLP-mRNA delivery technology was developed by the team of Professor Cai Yujia from the Institute of Systems Biomedicine of Shanghai Jiaotong University and the team of Director Hong Jiaxu of the Eye, Ear, Nose and Throat Hospital of Fudan University The world’s first gene therapy delivery vector technology. Previously, the team also developed an mRNA vaccine for the new coronavirus based on this core VLP-mRNA delivery technology, and published the animal data of the first mRNA new crown candidate vaccine at that time.

VLP-mRNA has a strong potential to solve the bottleneck of the delivery technology of somatic gene therapy (including gene editing, etc.). Professor Cai Yujia as the co-founder of this guide gene has created a BDmRNA technology platform based on this technology. , And established an extensive R&D pipeline for various indications, includingVLP-mRNA-based gene therapy strategies and vaccines are designed to promote the clinical transformation of this technology. In June last year, this cutting-edge company established in 2018 has completed a tens of millions of pre-A round of financing.

After years of development, the entire gene therapy industry has been different from the original definition, and gradually formed multiple subdivisions (for example, according to the level of genetic modification The differences can be divided into DNA-based gene therapy and RNA-based gene therapy), and multi-level representative products have emerged. 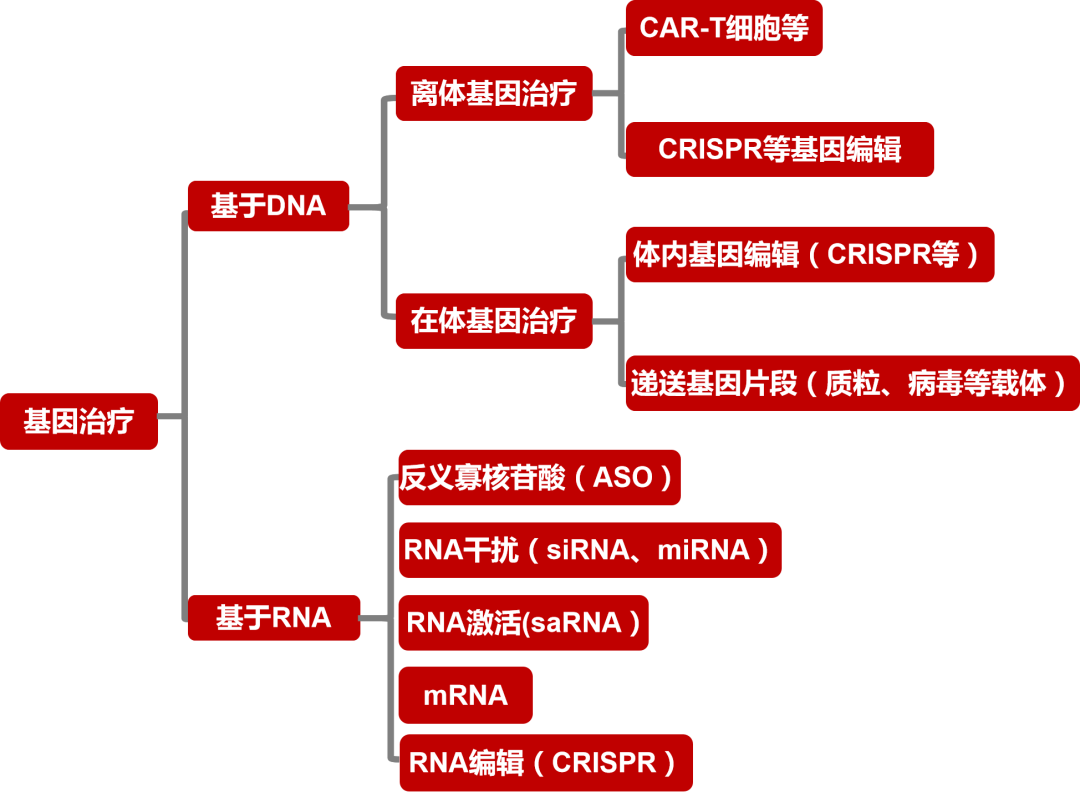 Among them, the development of new prevention and treatment methods based on mRNA has attracted more and more attention in the past few years. Among its two attractive applications, one is used as an mRNA vaccine for cancer and viral infections. The other is the treatment of non-targetable gene diseases; according to the two studies published above, it will also be very useful in the field of gene therapy based on gene editing; specific application areas include infectious disease vaccines, tumor immunotherapy (cancer vaccines), Therapeutic protein replacement therapy and treatment of genetic diseases.

In response to this new coronavirus, vaccine candidates have been developed based on mRNA technology. It is not an exaggeration to say that it is the most concerned subdivision in the current biopharmaceutical innovation technology.

The new crown may have created a more widely known opportunity for mRNA technology, but in fact, the prospects of this field have been favored by capital at an earlier time. Since 2015, three representative mRNAs Therapeutic company-Moderna Therapeutics,BioNtech and CureVac-attracted a total of $2.8 billion in private investment, and have repeatedly passed down the financing myth of the biotechnology industry. Currently, these three companies have been listed on the Nasdaq.

Theoretically, mRNA has the potential to synthesize “any kind of protein”. Using it, the protein manufacturing engine in the cell can be turned into a “drug factory”, which is useful for treatment There is great hope for various diseases.

In addition, mRNA-based vaccine strategies have unique prospects especially in the field of tumor immunity, which is also a major exploration direction for mRNA therapy at present. These mRNA-based therapies, provided by intramuscular, subcutaneous, or local injection of tumors, encode tumor proteins or immune signaling molecules to help enhance the human immune system’s attack on cancer cells. It is worth mentioning that, compared to the global vaccine market, the global cancer vaccine market seems to be growing faster. It was US$4.6 billion in 2019 and is expected to reach US$10.1 billion by 2024, representing a compound annual growth rate of 17.28%.

In relative terms, those who replace beneficial proteins to treat chronic diseasesRNA drugs are more difficult to enter the clinic than vaccines. These drugs face the challenge of targeting mRNA to specific tissues and providing powerful and lasting benefits without excessive side effects. Therefore, the development of such therapies has been relatively few.

In any case, the results of the emerging field of mRNA therapy so far are exciting, and the massive accumulation of relevant preclinical data and some early clinical data that have already begun are common It promoted its vital victory in the new crown epidemic environment. With the further development and maturity of technology, various treatment strategies based on mRNA will gradually realize the idea of ​​treating and preventing human diseases.

At present, in the field of gene therapy, the challenge of the delivery system is already a commonplace problem. The ultimate clinical efficacy of these drugs depends on a high-efficiency Delivery system, and the same is true for mRNA therapy.

Although the effectiveness of naked mRNA has been proven in intramuscular, subcutaneous or intradermal injections, it can avoid other obstacles related to systemic mRNA administration (For example, it is cleared from the blood stream by the liver, kidneys, and spleen); however, the stratum corneum, the outermost layer of the epidermis, forms a tight barrier to the absorption of topical drug delivery. The mRNA is on the cell membrane in the absence of a delivery system. The penetration is very low.

Although strategies such as microperforation, microneedling, electroporation, and ultrasonography have been developed to overcome this obstacle, the half-life of mRNA is about 7 hours, which is very easy Degraded; its inherent instability and high sensitivity to enzymatic degradation, coupled with the large size and high negative charge of mRNA and other related obstacles, make its delivery strategy development barriers higher, which seriously hinders this strategy Clinical transformation.

Therefore, further improvement of mRNA delivery systems has always been an important bottleneck in this field. At present, the scientific community has made many attempts in the two general directions of the main viral vectors and non-viral vectors. The virion-like (VLP) delivery strategy between viral vectors undoubtedly adds more fresh blood to the current delivery situation.

Among viral vectors, lentiviral vectors can efficiently infect almost all cells, and the delivery efficiency of AAV vectors is also very high. At present, it has been applied to clinical in vivo and in vitro genes Treatment is a relatively mature delivery technology. However, viral vectors have key defects related to genome integration and possible host rejection (immunogenicity and cytotoxicity). In addition, when AAV is used to deliver gene editing tools such as CRISPR, it may face the safety issues of long-term or even life-long expression of editing tools, and it may also cause potential off-target and immune responses. Therefore, in the field of mRNA delivery, the demand for non-viral vectors has also been stimulated.

Vectors based on lipids or lipid compounds (lipidoids) represent the most commonly used non-viral vectors. Various synthetic and naturally derived lipids have been used to form liposomes or lipid nanoparticles (LNPs), both of which have been reported to be effective in delivering mRNA-based vaccines. Among them, LNP is currently the most widely used in the field of nucleic acid medicine. A wide range of delivery types. Because it is easier to absorb by antigen-presenting cells, it is most commonly used in vaccines. At present, the three major mRNA vaccine giants, Moderna, CureVac and BioNTech, all use LNP delivery technology. However, the delivery efficiency of LNP in the application of gene therapy in vivo is not high.

Although these delivery vectors have been widely used in basic research and clinical research of gene therapy and mRNA vaccines, in the specific subdivision of gene editing technologies such as CRISPR, Its clinical application has double standards of safety and effectiveness. The safety issues of viral vectors and the efficiency challenges of non-viral vectors such as LNP make the delivery system still need to be further developed and explored.

VLP delivery system uses the principle of mRNA stem-loop structure and phage capsid protein specific recognition, and through virus engineering technology, the advantages of both virus and mRNA are perfectly combined, creating a new delivery technology VLP-mRNA On the one hand, it uses the outer shell of the virus to infect cells with a particularly high efficiency. On the other hand, based on the transient characteristics of mRNA itself, it can make gene editing therapy safer and more controllable. It is in the research of delivering CRISPR/Cas9 It shows that, compared with viral systems expressing Cas9 for a long time, Cas9 mRNA delivered by VLP-mRNA is only 72 hours in existence, and at the same time, it can significantly reduce or even completely avoid off-target effects.

In addition, in terms of gene load, AAV vectors can only deliver genes up to 4.7kb in size, while the classic CRISPR/Cas9 editing system is larger and usually cannot pass one Viral vectors are used to deliver the entire CRISPR/Cas9 system, and two viral vectors are required to be delivered separately. VLP-mRNA can deliver the entire CRISPR element (Cas9 and gRNA), overcoming the limitation of AAV vector carrying capacity. At the same time, with the further development of gene editing technology, larger base editing tools have gradually entered the field of gene editing research and development, and VLP-mRNA is also expected to become its advantageous delivery tool.

The emergence of a new type of strategy is not a rejection of the previous traditional methods, but more to fill in the gaps in the entire potential application field. It is believed that as more and more technical bottlenecks are broken, mRNA vaccines and other treatment strategies based on mRNA, as well as the potential of the entire gene therapy field will be further released, and ultimately benefit the majority of patients.