The year 2020 is gradually going away, but for the second-hand e-commerce industry, it has experienced a thrilling roller coaster game. Development and conflict coexist, which is really unforgettable.

Where will the variables happen in 2021?

One after another breaks through the ceiling, second-hand e-commerce has ushered in the harvest season

In 2020, although the epidemic disrupted the pace of the industry, the entire industry quickly recovered after April, and the epidemic became an opportunity to check and fill vacancies. The fierce money-burning wars among major second-hand e-commerce platforms have cooled. All parties returned to rationality and calmness.

So there was a round of shuffling.

For example, Xianyu is responsible for its own profits and losses, and has even stated internally that it is not profit-oriented, focusing on complementing the closed loop of Ali’s e-commerce ecology; it turned to May to merge with Finding Machine, and then intensively entered the second-hand mobile phone field; love recycling Announcing the upgrade to the “new life of all things”, it has jurisdiction over the business lines of Ai Huihui, Paijitang, Paipai, AHS DEVICE, and Ai Classification. At the same time, it has conducted an E+ round of financing of more than 100 million US dollars. In order to strengthen the label of trendy products; Qudian invested in Secoo to become the company’s major shareholder…

The three major leaders move frequently. Small and medium-sized verticals are also looking for opportunities while they are developing steadily. Both large and small platforms seem to have begun a new round of adjustments in 2020.

Behind the adjustment, it is also because the industry has ushered in an inflection point.

This year, Xianyu announced that its GMV exceeded 200 billion yuan, relying on the C2C model to become Ali’s third e-commerce; Ai Huihui achieved an annual payment transaction value of over 25.5 billion yuan. After the first quarter of the epidemic, Q2 will welcome It is fully profitable; Zhuan Zhuan was defeated in all categories and had to re-transform again. After acquiring and looking for a beautiful machine, he quickly moved to the battlefield and bet on the second-hand mobile phone track.

From a comprehensive point of view, the conflict in the entire industry in 2020 is very strong. Xianyu and Aihuihui have broken through the ceiling, rushing to the next goal, facing another transformation, while the remaining small and medium-sized platforms are also seeking their own survival Tao.

The transactions of the entire industry are rapidly expanding under the catalysis of various platforms, ushering in the harvest season.

According to the data of Zhiyan Consulting, the scale of second-hand e-commerce transactions may have exceeded 350 billion yuan in 2020, and the growth rate is still 35%, and the future is still in the high-speed growth range.

The performance of industry leaders also confirmed this situation. Judging from the available data, after the changes in 2020, Xianyu and Aihuihui have formed a closed loop, and there is no worries about the future.

Only uncertainPerhaps only Zhuanzhuan, as one of the original three leading players, and a platform that can compete with Xianyu, now has to be forced to transform again. When the industry ushered in the harvest season, I can only sigh and fall into During the period of confusion, the entire company started its third venture.

In addition to dividends and models, differentiation is bound to intensify in 2021

Regardless of whether 2020 is a failure or pride, second-hand e-commerce companies must face some problems in 2021.

First, the models of major platforms have taken shape, and the Matthew effect will be further strengthened.

In 2020, whether it is the success of Xianyu or Aihuihui, or the rout of the entire category, it means that some models have been verified successfully, while others have failed.

It can be seen that after the five-year period of rapid development of second-hand e-commerce, the exploration of the industry model has ended. If there is no disruptive innovation, the leading platform will enter the Matthew effect of the strong Hengqiang. This also means Model competition will be more difficult. 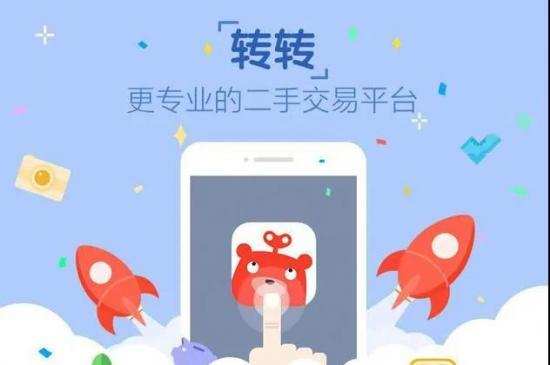 Secondly, the pattern of the three leading players has collapsed, and the success or failure of the transfer will be the biggest variable.

In 2020, Zhuanzhuan seems to have carried out a strategic transformation, and also acquired Finding Machine, its strength seems to have been strengthened. But in fact, it is not the case. The Net Economics has made a calculation. The valuation of the transfer is 20 billion yuan in 2019, and the valuation of looking for a beautiful machine is about 1 billion yuan. Only 1.8 billion US dollars are left, which has been cut in half.

Behind this, a large part of the reason is the loss of users.

According to Bida data, the traffic continued to decline after the merger of transfer and search, and only 9.47 million transfers were left in June 2020. Analysys Qianfan also produced a set of data, which showed that the number of monthly active transfers fell by more than 40% in one year, and the number of monthly independent devices was less than a quarter of that of Xianyu.

In this situation, Zhuan Zhuan itself is expected.

At the end of the B round of financing in 2019, transfer to official positionsFang reviewed the completion of the A round of financing two years ago, saying that the first feeling at that time was excitement, and when it was in the B round, it was “to live”. He also said that the next challenge will make the entrepreneurial environment more severe.

Zhuan Zhuan’s intuition has been fulfilled. Zhuan Zhuan’s only hope for survival in 2021 is to quickly capture the second-hand mobile phone market share in a short period of time, otherwise he can only watch himself be eliminated.

Third, hard-core strength gradually gains a firmer focus, and the ecological support behind it has become an important pulling force.

The major second-hand e-commerce platforms can actually be divided into three categories: one is the platform backed by new-product e-commerce, which has resources and traffic and fits second-hand, such as Xianyu and Aihuihui, behind which are Taobao Tmall and Jingdong. Support at the back; one type has traffic and wealth, such as Zhuanzhuan, behind 58 and Tencent, which can provide rich C-end traffic; the other type is small and medium-sized platform vertical platforms that work independently, such as Duozhuyu, Kongfuzi, Dewu and so on, they are destined to miss the comprehensive leader, but continue to cultivate the vertical category still have their own good development space.

It is precisely because of these factors that we found that among the three types of second-hand e-commerce, their combat effectiveness has declined sequentially. This also just explains why the transfer is not enough, because the traffic is not enough. The traffic that has been buying Tencent and 58 is destined to be rootless duckweed, and decline is unstoppable.

At the same time, it can also explain why Secoo, a platform for luxury goods, will introduce Qudian as a strategic major shareholder. In addition to the two parties’ new products, Qudian’s support for Secoo’s second-hand luxury goods is similar to ecological Support and boost.

In short, the above three-point competition logic has already shown signs in 2020. After excluding industry dividends and model differences, the differentiation will definitely intensify in 2021.

Under the trilemma, choice determines success or failure

Now that the logic of competition in 2021 is clear, whose chance will be greater? Through the fierce competition of the past five years, we may as well infer the outcome.

The so-called “Triple Paradox”, the Mundell Impossible Triangle, originally refers to the three elements of monetary policy: fixed exchange rate, independent monetary policy, and free flow of international capital. A country can only have at most Two, not three at the same time.

It has nothing to do with the country’s financial strength, just because any two factors added together are contrary to the other.

Therefore, even if you are holding the top current of WeChat Jiugongge, Zhuan still needs to consider short-term and medium-term benefits. Even if it is transitioning to the second-hand mobile phone field, the asset-light model is still a necessary option in the “three-choice two” transition.

There is another problem involved.

If, we say, if… If you don’t choose a strong supply chain, can second-hand mobile phones succeed?

The answer is no.

Otherwise, what has been tossing about recycling these years? With so many platforms targeting second-hand mobile phones, why only Aihuishou succeeded?

This point can also be seen from the operation of Zhuanzhuan. The number of complaints from black cats and Zhuanzhuan has reached 2,2011, which is more than seventy times that of Aihuihui.

In the final analysis, in the relatively high unit price and high profit track of second-hand mobile phones, a strong supply chain is a must. The so-called flow and asset model are all assisted by the supply chain.

Jun Zhuan entered the second-hand mobile phone field. From a distance, it looked menacing, and there was a stance of crossing the river. But in fact, this is Zhuan Zhuan’s traffic and resources of all categories in the past, suddenly moved to the second-hand mobile phone. The supply chain behind the track is still very rough. There is no new product e-commerce platform as a backer, and it is unable to penetrate the first-line (offline) transactions, and it is difficult to sustain long-term competitiveness.

2021 is bound to be an extraordinary year for second-hand e-commerce.

The transfer we are worried about may grab some share in second-hand mobile phones, or it may fall back to the entire category again, or even WeChat Jiugongge may not be able to sustain the US$1.8 billion valuation.

Perhaps, the second-hand e-commerce industry has been blowing for long enough, and it will gradually become a traditional industry like new-product e-commerce and enter normal operation; perhaps, it will deepen its services and scenarios and penetrate further In our lives; perhaps, it will also usher in more challenges and opportunities, and small and medium vertical platforms will be favored by a certain e-commerce ecosystem.

However, there is one thing that cannot be changed, that is, time does not wait. This industry has reached the time to divide the cake, and 2021 will be the final battle.