The financing news reported by the “Venture Channel”, as well as early-stage entrepreneurial projects in various fields that we are paying attention to.

It is learnt that Yidong Technology recently announced the completion of a billion-level B round of financing. This round of financing is led by OCT Huaxin, followed by Shenzhen Gaoxin Investment, Dongguan Financial Holdings, Youxiang Investment and old shareholders, and Fangrui Capital Acting as financial advisor for this round.

The four founders of Yidong Technology are all from the Hong Kong University of Science and Technology. As early as the end of 2012, they began to study the direction of electric outboards in the laboratory of Professor Li Zexiang of the Hong Kong University of Science and Technology. They are the same students as the founder of DJI Wang Tao. In 2014, Yidong Technology came to Dongguan Songshan Lake High-tech Development Zone to register a company. The company currently has a total number of 160+ people, of whom 60 are in research and development…… (click here for details)

It is learned that Yunfang, an enterprise performance management cloud platform, recently announced that it has completed a Pre-A round of financing of tens of millions of yuan. The lead investor in this round is Gobi Ventures and the follow-up investor is UFIDA Fund. This round of financing will be used for product development, talent introduction, sales expansion and other aspects.

The Qiyunfang team started its business in the U.S. in 2016. In 2019, Qiyunfang was established in Shanghai and completed the angel round of financing exclusively led by Zhencheng Investment at the end of the year. The team has been committed to providing companies with performance management SaaS software to help companies more easily and quickly implement business analysis, comprehensive budgeting, statement consolidation, management statements and financial statements, business and financial integration, etc… (click here for details )

It has been reported many times about expanding blog intelligence. Established in 2016, Kubo Intelligent aims at the wind power and retail industries. Based on technologies such as machine learning, IoT, edge computing and computer vision, it provides customers with end-to-end intelligent services… (click here for details)< /p>

Previously, it had reported on its A2 round of financing.

It is learned that Beijing Zhongchuang Video Technology Co., Ltd. (hereinafter referred to as Zhongchuang Video), which focuses on the overall solution of software and hardware video conferencing, has completed a new round of financing. This round of financing was led by Xiaomi Group, and Shunwei Capital followed the investment. Park Capital acted as the exclusive financial advisor. Prior to this, the company had received strategic investment from a wholly-owned subsidiary of Bytedance.

Founded in 2016, Zhongchuang Video is a high-tech company focusing on the development of software and hardware for cloud video conferencing systems. It mainly relies on independent algorithms and core patents to form a full line from audio and video to API, hyper-converged cloud platform to smart terminals Products, provide complete solutions for video conferencing and “Cloud Video+” for government and enterprise customers in various industries… (click here for details)

It is learned that Zhejiang Baichen Medical Technology Co., Ltd. (hereinafter referred to as “Baichen Medical”) today announced the completion of a 300 million yuan C round of financing. This round of financing was led by CPE, followed by Huagai Capital and Sherpa Investment, and Huaxing Capital served as the exclusive financial advisor. The funds raised in this round of financing will be mainly used for research and development investment, continuous improvement of core technology product lines and hardware research and development, and further accelerate the deployment and comprehensive coverage of products in medical institutions.

“Baichen Medical” was established in 2015. It is an innovative biotechnology company that is driven by clinical needs, integrates multi-platform technology and multi-omics data centered on mass spectrometry, and provides precise diagnosis and treatment solutions. At present, the company focuses on providing integrated solutions for clinical mass spectrometry testing, integrating equipment, reagent products, testing services, and academic systems to build a complete clinical diagnosis and treatment ecology… (click here for details)

It was learned that “Again for Smart” has completed nearly US$5 million in Series A financing, led by Atypical Ventures. This round of funds is mainly used for technology and product research and development. Previously, the company had received tens of millions of RMB investment from institutions and individuals such as Kelite and UpHonest Capital.

Hearing loss has become a major public health problem worldwide. According to data from the World Health Organization, there are currently about 466 million people worldwide who suffer from hearing loss. The China Deaf Children’s Rehabilitation Research Center and other institutions have found that there are about 200 million people in China with varying degrees of hearing impairment, and there are about 70 million people with moderate or above hearing impairment. However, due to the prevailing problems in the current hearing aid market, such as obsolete product technology and not paying attention to customer experience, the wearing rate of hearing aids among the hearing-impaired people in my country is less than 5%… (click here for details)

It is learned that the convenient specialty coffee brand “Secre” has completed tens of millions of yuan in A+ round of financing. This round of financing was led by Wuxi Jintou, and old shareholders Honghui Capital continued to follow suit. Fan Ruoyu, the founder of Shicui, told me that this round of funds will be mainly used for offline coffee shop expansion, brand building and coffee product research and development.Iteration.

This is the fourth consecutive round of financing obtained by Secre less than two years after its establishment. In addition to Honghui Capital, previous investors also included Mobike co-founder Xia Yiping and Yuanwang Capital. In the fiercely competitive coffee market, Shicui quickly gained a foothold with creative small doughnut hanging ear coffee. Since then, it has launched a series of flagship products such as small color book freeze-dried instant coffee, tea coffee, and small package single brew coffee beans. And in 2020, won the top 1 sales of Tmall’s domestic hanging ear coffee …… (click here for details)

It was learned that dearBOYfriend, a one-stop daily grooming lifestyle brand for professional men, has received tens of millions of A1 and A2 rounds of financing at the end of 2020. The new investors are Black Ant Capital and Jinding Capital, the old shareholder Jinshajiang Ventures continued to raise. According to the founder of Dear Boyfriend Liu Su Stephy (hereinafter referred to as Stephy), the funds will be mainly used for new product research and development, brand building, and market share.

Dear boyfriend is the first self-owned consumer brand incubated by Zanyi and Jinshajiang Ventures in early 2020. It will be officially launched on Tmall in April 2020. It has launched men’s perfume shower gel and pilot men’s eau de toilette. , LGD co-branded capsule moisturizing game mask and other explosive products. At present, the brand’s monthly sales exceed 10 million, and male users account for more than 90%.…… (click here for details)

It was learned that the VR virtual reality entertainment social brand “Immersed World” received a round of financing at the end of 2020. The investors are Fupu Capital and Yuanhui Capital. The old shareholders Eagle Fund participated in the co-investment. This round of financing will be used for content research and development. And store expansion.

Immersive World was established in 2016. It is a technology company that provides virtual reality entertainment based on VR technology. It has been reported that in July 2020, Immersive World has received tens of millions of investment. It is understood that Immersive World’s business includes immersive experience software and hardware integrated solutions and virtual reality content production. The company focuses on large-space multi-person interactive VR technology and content research and development. Through VR large-space software and hardware wireless solutions, players can In the open game field of square meters, you can walk in a space of 1:1 without loading weight, and experience VR at the same timeThe depth experience of the real scene brought by vision… (click here for details)

It is learned that “Shunzao Technology” recently officially announced that it has received a strategic investment from Xiaomi Group Heshunwei Capital.

According to the Qianzhan Industry Research Institute, China’s small home appliance market reached 401.5 billion yuan in 2019. In just seven years from 2012 to 2019, the compound annual growth rate was as high as 13.3%. Under the development trend of the Internet of Everything in China, smart homes have also become an outlet that both giants and startups hope to seize. Driven by the 2020 epidemic, clean small household appliances such as vacuum cleaners and sweeping robots are among the categories with the strongest growth. 1. It was also the focus of the venture capital market last year… (click here for details)

It is learned that the community fresh food brand “Kangpinhui” has completed nearly 100 million yuan in B+ round financing. This round was led by the Hong Kong SBI Group, followed by old shareholders such as Chessboard Capital, Yan Ming, Tao Yun and others.

Kangpinhui was established in Shanghai in 2010. Its main store type is a community fresh food store of 300 square meters. In addition, it also explores a variety of store types such as fresh food boxes and Kangpin Huicheng. Currently, it operates more than 50 stores. In addition to offline fresh food stores, Kangpinhui also launched the “Kangpin Optimal” WeChat applet to sell fresh ingredients through differentiated selection… (click here for details)

Mankind has never stopped imagining flight, and global technology giants have never stopped exploring the market for space intelligence. The same goes for DJI, which has specialized in drones for 15 years.

On the evening of March 2, DJI officially launched the immersive flightThe man-machine DJI FPV is priced at RMB 7,999. Compared with ordinary aerial drones in the past, DJI FPV mainly made innovations in “flight angle of view” and “control methods”.

FPV is the abbreviation of First Person View, that is, “First Person View”. According to the official introduction, after users wear DJI FPV flying glasses, they can control the drone with a first-person perspective to get a sense of presence and immersive experience. If you use the new through joystick, based on somatosensory technology, the user can control the flight direction by turning a little with one hand, and easily turn the wrist to complete the turning action… (click here for details) 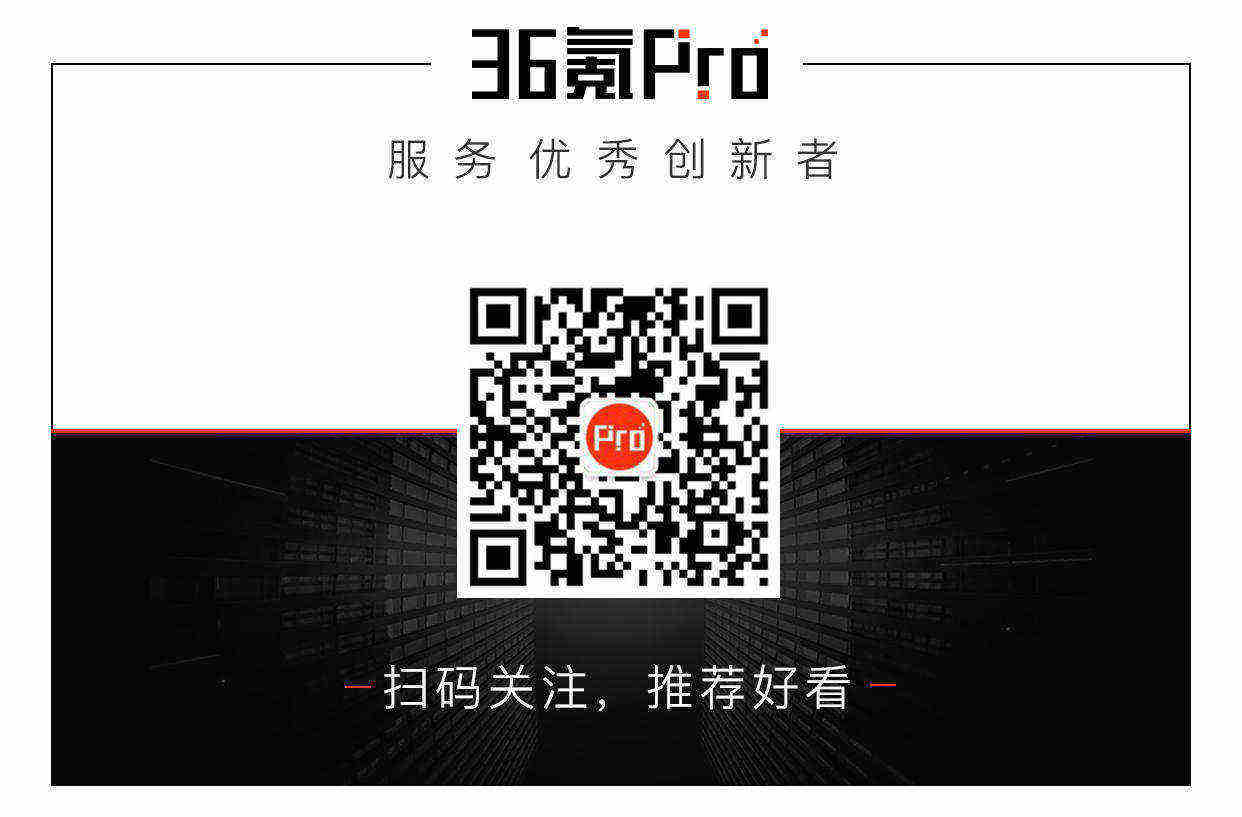