The plaintiff pointed out that Apple’s move violated consumer protection laws in many U.S. states and required Apple to make financial compensation. 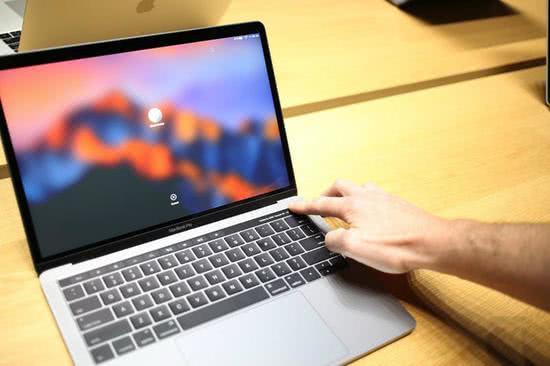 Last year, Apple Corps was hit by a consumer class action lawsuit over butterfly keyboard designs in its laptops, which also affected a large number of Apple users. According to the latest news from foreign media, on December 2, some progress was made in this lawsuit. A US District Court judge rejected Apple’s request to try to dismiss the plaintiff’s lawsuit that day.

According to foreign media reports, in this consumer class action lawsuit, the plaintiff believed that Apple knew that the butterfly keyboard design on laptops had inherent flaws and was prone to failure, but concealed it from consumers.

On the same day, Edward Davila, a U.S. District Court Judge in San Jose, California, said that Apple had to face consumer allegations that its later announced troubleshooting plan was not for Apple laptops Design flaws provide “effective fixes”, and customers’ own keyboard repair costs are not fully compensated during repairs.

In the lawsuit, many Apple consumers stated that their Apple laptops (including MacBook, MacBook Pro, and MacBook Air models) experienced problems with their use, such as sticky keyboard keys, sluggish key responses, and proximity to keys A small amount of dust or debris has accumulated and the buttons cannot be used normally.

They also said that Apple’s after-sales service is unsatisfactory. After the failure of the butterfly keyboard, Apple still provided the same problem with the replacement keyboard.

This class action lawsuit covers buyers of 2015 or later MacBook laptops and 2016 or later MacBook Pro laptops. The plaintiff pointed out that Apple’s move violated consumer protection laws in many U.S. states and required Apple to make financial compensation.

In the face of the court’s rejection of its claim, Apple did not immediately respond to a request for comment. The plaintiff’s lawyer, Benjamin Johns, said in the case,He is satisfied with the court’s decision and looks forward to continuing the investigation.

It was reported that in 2015, Apple introduced butterfly keyboard design in some notebook computer models. According to Apple’s unilateral propaganda at that time, the butterfly keyboard was more stable and comfortable to use, but then users found a lot of malfunctions. Thousands of users were affected.

Some Apple laptop users said that Apple ’s repair of the butterfly keyboard failed again. In addition, for users who have exceeded the warranty period, the keyboard repair fee of $ 700 made them unhappy.

According to foreign media reports, in the fiscal year ending September 28, Apple’s sales of various personal computers accounted for about 10% of Apple’s total sales ($ 260.2 billion).

Reports from many technology market research companies such as IDC and Gartner show that the global personal computer market has been declining for many years and sales have gradually declined. Apple ’s notebook computer sales have also followed the industry’s decline. In the past few years, Apple Spending more resources on smart phones, Apple Watch and other projects, the slow upgrade of laptop products has also caused some consumer complaints.