There are even more Ali apps connected to the Alipay applet, including almost the top 30 apps on the monthly list.

It can be said that applets are becoming an important infrastructure for the second half of the Internet. And whoever has a better infrastructure, who can hold more B-end merchant resources, this is an important bargaining point for the giant to battle the industrial Internet.

Small games are popular VS industry distribution is balanced

The explosion of the “jump and jump” mini-game at the end of 2017 directly ignited the enthusiasm of entrepreneurs for mini-games. According to the March 2018 data report of the Aladdin Index, the proportion of mini-programs in the game category increased rapidly. , Accounting for over a third of the TOP100 list. 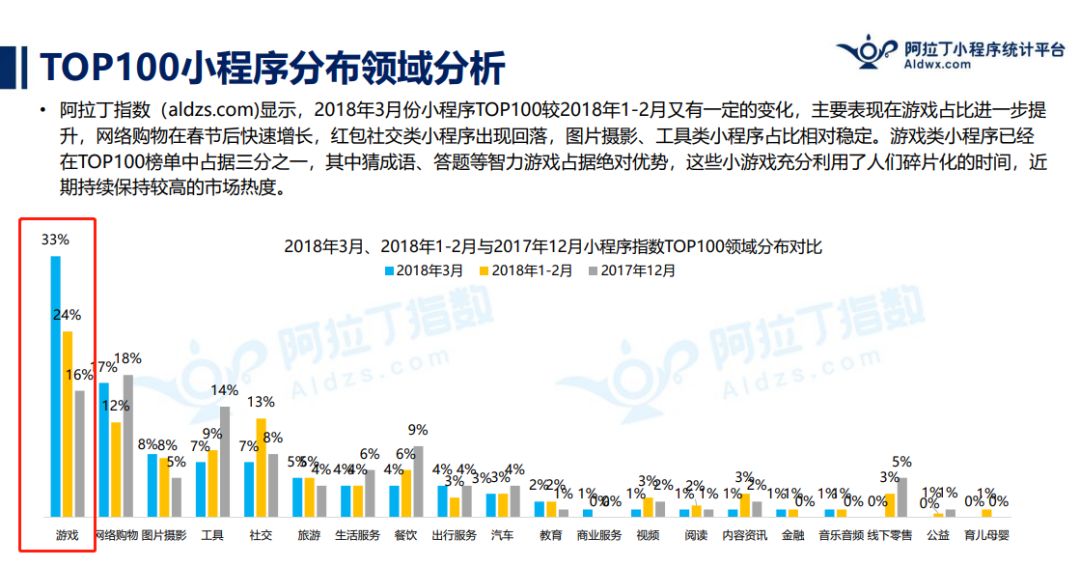 As the maturity of the applet market continues to increase, non-game category applets also have more opportunities. As long as they are in line with the scene, they can solve the pain points of users, and they can occupy a place in the market.

According to QusetMobile data, the proportion of game categories in WeChat mini-programs with MAU exceeding 5 million in August 2019 decreased from 36.8% in August 2018 to 13.3%. Living services, mobile shopping, practical tools, mobile Video and other categories have seen significant growth, and the distribution of the applet industry has begun to balance.

In 2017, applets are still in the early stages of development. The core data such as the number of daily users and the length of use of the user are sluggish, the user stickiness is insufficient, and the commercialization is difficult.

In 2018, WeChat Mini Programs started to grow rapidly, and the demand for Mini Program Developers to realise traffic increased. In order to solve the urgent needs of developers, the mini-program advertising component was announced to be fully open on July 9 of the same year (at the time, non-mini-game mini-programs only opened banner ads).

In 2017, everyone ’s perception of applets was just a new tool on the mobile side. However, this year, applets have made breakthroughs in PC, face brushing hardware, and vehicle systems.

In July, 360 announced its entry into mini-programs, focusing on large PC screens, to help mini-program developers better operate private domain traffic; not long after, WeChat PC also announced that it supports the chat interface to open mini-programs directly. The competition for the applet PC scene has officially begun.

On August 22, Alipay officially announced that the Mini Program and Dragonfly Iot Payment have been connected. This means that you can experience small programs on the face brushing hardware without any difference, which can become another important way for merchants to quickly acquire customers and play interactive marketing.

As for the car system scene, it also attracted the BAT applet.

In September, Ali also loaded the applet into the car and landed on Xiaopeng P7. 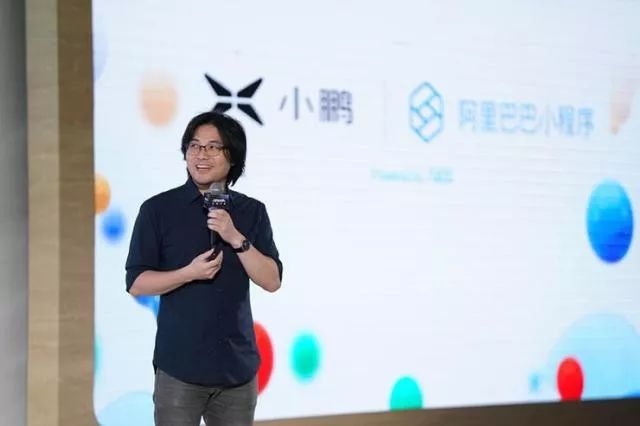 The traffic boundary of applets is being continuously extended and expanded.

2017⇆2019, 3 years, say long or short and short. But for the small program, it is a crucial 3 years, from being not optimistic and dormant, to beginning to break out and gradually penetrate into all aspects of life.

If you want to summarize this change in one word, I think it will be a “new look”, a new platform pattern, a new industry distribution, a new monetization system, a new operating concept, a new traffic scenario, and a look back over the past 3 years Touching and accomplishing, a new beginning.