In July of this year, the monthly active users of this product exceeded the 100 million mark, and the maximum number of simultaneous online users reached 2.7 million. Nowadays, the global users spend more than 1.2 billion hours interacting with them each month.

Tencent hit it early. At the end of May this year, Tencent announced that it had reached a strategic cooperation with Roblox. At present, it is focusing on incubating the domestic creative ecology, and also helping excellent development works go to sea.

By the end of the year, the two sides have finally made corresponding actions, and how much impact will this have on the domestic sandbox game market?

From the perspective of sandbox games, Roblox is undoubtedly a unicorn-level product.

In the early days, this game looked similar to the traditional cube sandbox game, but during the evolution of the first 10 years, it gradually became a sandbox game focusing on creative tools. With the improvement of tool availability, engine performance, expressiveness, and modularity, Roblox has begun to grow.

In 2015, it was officially announced that the MAU of this product reached 6 million. In the next two years, this number has increased by 50 million to reach 56 million MAU. In 2018, Roblox received a $ 150 million Series F funding with a valuation of 2.5 billion, and was even named a “non-negligible giant” by overseas gaming media. 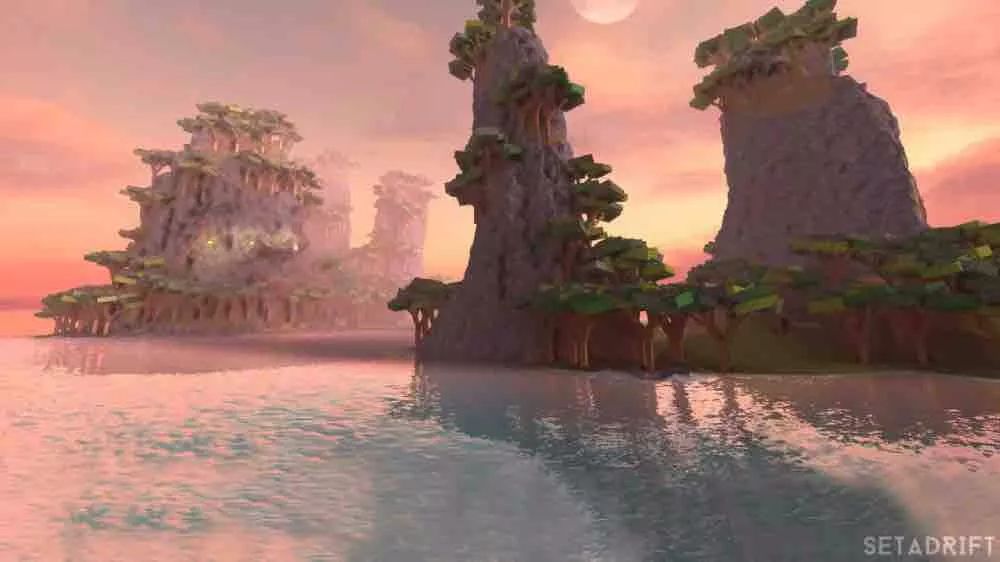 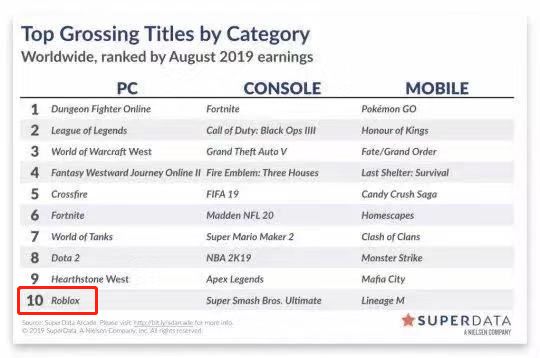 According to a report released by Sensor Tower this year, the cumulative revenue on the mobile terminal alone has exceeded $ 750 million. Its average daily revenue in May this year reached $ 1.2 million. In October this year, it even entered the App Store. Top 10 global bestsellers. 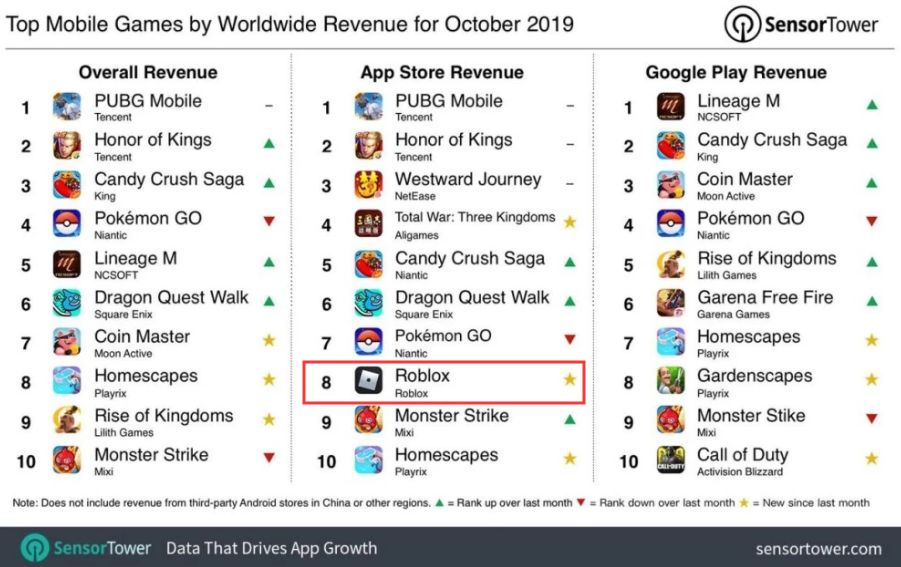 Roblox has such a large market influence, it is inseparable from a good creator ecology. Around this product, the topic of creators making millions of dollars a year is often widely discussed.

Roblox provides Roblox Studio as a development tool for free. Due to the very low entry barrier, it quickly became one of the ways for young creators such as overseas high school students and college students to realize their own creativity. And when the gameplay they created was uploaded to the game and loved by more players, they also received a return for their funds.

AbstractAlex, 22, is also one of the very famous creators of “Roblox”. He has been in the game since high school. His representative work is “SwordBurst”. Visits.

In addition, with the help of Roblox, he also created another popular work, “Mip City”, and realized his dream of making a game by himself. Today, AbstractAlex has set up a 20-person studio to produce games, and his annual income is up to $ 1 million. In addition to getting financial returns, many creators have also become Internet celebrities with their own works. Defaultio, 24, was one of the first creators to make games on Roblox. His representative work “Wood Tycoon” has been visited 550 million times, and it is also one of the most popular works by players.

Since the function of “Roblox Player” is basically the same as that of the web site, it only provides a place for the game to run, so it only serves as a user portal. In contrast, the functionality of “Roblox Studio” is more core because it is the place where all gameplay is produced. In order to lower the threshold of gameplay creation, Roblox Studio has focused its positioning on an entry-level 3D game engine that can quickly verify creative ideas, while integrating a large number of complex and comprehensive tools. This positioning laid the foundation for its huge creator ecosystem.

First is low-cost development. This feature is reflected in almost every aspect of Roblox Studio. For creators who are just getting started, this set of free tools contains 8 million free materials that can be used. Through visual drag and drop operations, you can achieve some simple combat gameplay, such as shooting and melee.

At the same time, creators can also use the tool’s integrated modular functions such as chat, teaming, friends, transactions, homes, NPCs, and level systems to quickly build a gameplay system.

During the creative process, this set of tools also provides a free server and server maintenance to help reduce the investment cost of creators, and provides free cloud collaboration capabilities to help creators quickly collaborate.

Second is adaptability. Roblox Studio not only adopts a lot of measures to take care of novice creators, including tutorials, creator communities, etc., but it also has tools that are also very useful for novices.

For example, it can implement turn-based, war chess, real-time confrontation and other complex combat gameplay through script programming, or use the basic model to build a combination model of different complexity such as football, pistol, and vehicle. Moreover, through the design of different components, PVP, team competition and other gameplay mechanisms can be realized.

According to our previous understanding of Tencent, holding a strategic-level product that is so popular overseas, this company is bound to work hard in the domestic market and commercialization.

For example, in the field of sandbox, if Tencent operates properly, it will find “Roblox” seed users in China. With its publicity strength, it is likely to accelerate the self-propagation process of such products and allow it to quickly form a fixed Communities and user circles, sweeping more young users.

Even if Tencent only introduces a large number of existing works of different categories and themes, through the freshness of the work, it can attract enough users to quickly roll up a snowball and form a breaking point. I think the market space that these works can bring is probably huge enough.

But in “Roblox”, this obvious style of play has been put behind. Tencent instead pays special attention to the creators and to creativity. You know, compared to ready-made content, creation always comes later and may be more difficult.

This change in attitude may be related to the strategy of Tencent’s game brand after the upgrade. In the past two years, the shrinking and standardization of the game industry requires manufacturers to pay attention to quality and social responsibility, especially for Tencent Games, the industry’s head. So after the Tencent game brand upgrade, Mr. Ren Yuxin, the chief operating officer of Tencent, wrote in an internal letter: “This is not just a brand event, this is an upgrade of game awareness, an important upgrade of value pursuit and mission vision.” < / p>

At this inflection point, Tencent Games gradually turned its goals to experience upgrading, gameplay exploration and innovation, game culture, and actively taking social responsibility. The same goal can be seen behind Roblox. The reason why Tencent Games uses this gameplay creation tool to attract new power in the industry, gather creators and ideas, and also hope that after the creators grow up, After the creative ecology is mature, it will bring greater value to Tencent games.

As Roblox founder and CEO David Baszucki put it: “We have a vision: a new category bigger than games is emerging. This is a category that connects people around the world, Not just playing together, but working together, studying together, and creating together. “

From this perspective, the action of “Roblox” is first to find creative creators in China, then to gradually form a creator ecology through support and cultivation, and to focus on the global output of creator content in the early stage. To help these creators go to sea.

Perhaps it is because they are not concerned about the short-term benefits of the moment, so they spend so much energy on talent cultivation and creative mining to build a creator and content that are connected to the international community, while teaching and playing Still real