The fall behind of Lenovo’s mobile phones is actually more due to management issues.

At the beginning of this year, Chang Cheng, then general manager of Lenovo’s mobile phone division, revealed that Lenovo’s savior gaming phone was about to be released. Who ever wanted to turn to join Xiaomi due to “family reasons”, but the savior gaming phone ultimately failed Meet with consumers. It was not until July 22 this year that Lenovo officially released the rescuer gaming mobile phone.

Zhao Yunming, vice president of Lenovo Group and general manager of mobile game business, said in an interview with the media: Game phones in the 5G era need to be given new core competitiveness.

This also seems to reveal that Lenovo mobile phones are trying to return to the “main track” of competition in the mobile phone industry through the “curves” of gaming phones. As one of the “Big Four” of domestic mobile phones that used to be “China Cool Alliance”, whether Lenovo gaming phones really “have a show”, we might as well take a closer look.

Lenovo mobile phone entered the “game track”, which is no less than plunged into another red sea from a piece of red sea. Although in PC products, the savior brand has accumulated a certain degree of popularity and brand power, it is still particularly known whether the success of the savior, the PC brand, can continue to the mobile terminal.

In the “e-sports and gaming” mobile phone track, in addition to the late Lenovo, Black Shark, ASUS ROG, Nubia Red Devils, and iqoo (vivo sub-brand) have entered the game one after another. According to the information of Tianyan’s competitive products, There are as many as 36 players in this subdivision track. 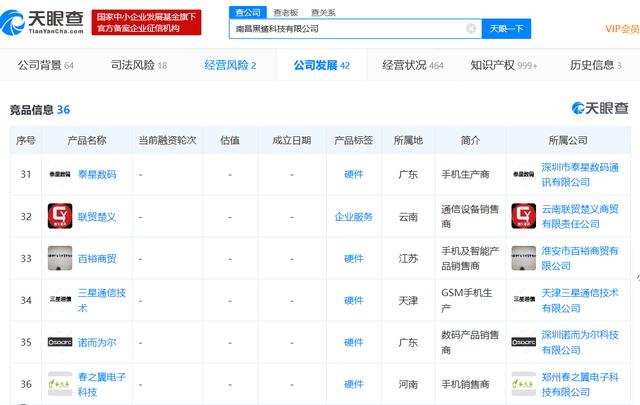 After the intensity of competition rises, gaming phones under the concept of “e-sports” are also entering the homogenized Mobius circle: industrial design, high refresh rate screen, stacking of hardware performance, games Expansion equipment is becoming a new direction of homogeneity.

Take the “savior” mobile phone released by Lenovo as an example, equipped with Qualcomm Snapdragon 865plus platform, 144Hz high refresh rate screen, a pop-up 20 million front camera on the right side, and 5000mAh battery capacity. In contrast, the ROG gaming phone 3 released one day later is also equipped with 865 Plus, 144Hz high refresh rate screen, 6000mAh large battery and other configurations.

In fact, whether it is a Lenovo “savior” mobile phone or ASUS ROG mobile phone, it is essentially a market segment product under niche demand. To put it bluntly, it is difficult to measure, let alone Black Shark, Red Devils, etc. Many players are eagerly watching the cake. The cake is not big, but it has to be “divided and eaten”. Its sales prospects can be seen.

It is even more difficult for Lenovo Mobile to return to the mobile phone track by relying on the concept of “e-sports mobile phone” which is difficult to measure.

The design of industrial products is actually a choice of product performance. For example, if the design of a mobile phone focuses on performance, heat dissipation components such as liquid cooling will inevitably affect portability and battery life. If you highlight the “e-sports, gaming” elements in the design, it is likely to sacrifice the feel.

“Although I am also a heavy mobile game player, the performance of buying a mobile phone is only one aspect, industrial design and software ecology are also very important, and the performance of mid-to-high-end phones of other brands is not bad.” Zhang Ning (pseudonym) is accepting In an interview, the Internet Jianghu (VIPIT1) said: “In fact, for us boys, the frequency of changing mobile phones is actually relatively low, and we pay more attention to mobile phone system experience and other aspects.”

Secondly, another reason for the homogeneity of gaming phone hardware is that it is difficult to build its own barriers through hardware.

In fact, no matter whether it is computing power or heat dissipation, or fast charging, large battery capacity, and high refresh screen, they cannot constitute a barrier to competition for the brand. Everyone has similar suppliers. How can there be technical barriers?

As far as the main heat dissipation of gaming phones is concerned, although liquid cooling is a different point, it is limited by the space structure of the industrial design of the mobile phone. It is impossible to open a large number of air ducts, and it is impossible to install a fan inside the fuselage. , Competition to compete to the surface temperature difference of one or two degrees can not bring a qualitative change in user experience.

Therefore, the Internet arena (VIPIT1) believes that, at the moment of the homogenization of gaming phone hardware, “soft power” such as games and system optimization is the key.

For example, why Microsoft’s more than 2,000 Xbox can run large games in high quality, while PCs that want the same effect cost 6,000 or 7,000? The core lies in system optimization and game optimization.

And this may be the weakness of Lenovo’s mobile phone.

The rise of Xiaomi Meizu in the past few years is also an example. Both MIUI and Meizu’s Fly me have their own characteristics and have been recognized by a considerable number of users. In contrast, Lenovo, which lacks “soft power”, frequently Falling behind, gradually losing the original market share.

Although Lenovo has launched its own ZUI based on the Android kernel, it still lacks sufficient competitiveness in terms of system optimization and system features. This may be related to the fact that Lenovo has been focusing on the PC field. After all, Lenovo, which has always been focusing on PC hardware integration, may not have any software strength.There is too much accumulation and has been relying on Microsoft authorization.

This time Lenovo launched the “e-sports phone”, the “soft underbelly” at the software level may be a “short board”. At least for now, if you want to really get into the game phone track, Lenovo phones need to do I am afraid there is still a lot of homework.

The tactics are “diligence”, it is difficult to conceal the strategy “laziness”. Lenovo mobile phones may not be “Lenovo” in the future

In December 2017, Chang Cheng returned to be responsible for the mobile phone business. In addition to the subsequent Lenovo Z5 series and Z6 series, Chang Cheng’s own marketing touches also attracted special attention. The results of his efforts are also obvious. This is also reflected in the 2018 financial report.

But this did not make Lenovo mobile phones return to the first-line brand industry. The original reason is that Lenovo has lost its core competitiveness in the mobile phone industry: “efficiency of scale”.

Why Apple’s mobile phone products are highly competitive, to a large extent, is because Apple has integrated the world’s best smart hardware suppliers, such as semiconductor foundry TSMC, such as Samsung, which is unique in screen technology, and Foxconn has billions of production capacity every year.

To make mobile phones is actually a two-sided market. One aspect of the market is users. To get users, mobile phone manufacturers need to produce more competitive products; the other side of the market is supply If you want to obtain high-quality suppliers, you must have a sufficient user base to support the economies of scale required by industrial manufacturing.

In terms of tactics, whether it is the ZUK, Z5 series, Z6 series and the current “Savior” series, frequent replacement of the main product series seems to be “diligence”, but it is difficult to form a unified user perception. The product line is quite confusion.

In terms of strategy, Liu Jun, Chen Xudong, Chang Cheng, Qiao Jian… the frequent replacement of the principals and the replacement of the main product line seem to reflect the disorder of the long-term strategy of the mobile phone business.

Being in the mobile phone industry is not only in shaping brand influenceWe must have “sprint thinking” and “long-distance running thinking” in supply chain integration.

This is like the dialectical relationship between long-distance running and sprinting. For sprinting, you need to improve your starting reaction and you need to work hard to build a lead. The long-distance running is different. You don’t need to be the first one at the beginning of the race. You only need to be “not left behind” and reasonably control the distribution of physical strength. This is the key to victory.

In the mobile phone brand camp, mobile phone manufacturers need to have a differentiated publicity point, and then continue to strengthen consumers’ awareness of this difference. For example, why did the once mediocre oppo emerge? The reason lies in the “labeling” of brand recognition.

For example, after determining taking pictures as the selling point of the product, OPPO chose many high-value spokespersons, the slogan “clearer taking pictures” was bombarded, and the insertion of various variety shows continued to inculcate users. This product concept.

For another example, Huawei’s P series focuses on taking pictures, and it is certified by Carl Zeiss to highlight the core selling point of telephoto “shooting the moon.” On the path of high-end, it will first win over overseas markets and then move to the domestic high-end market to establish itself. Consumer-end high-end brand image recognition.

In the supply chain integration, Lenovo mobile phones may need to pay more attention to long-termism.

For example, invest more resources to reorganize supply companies, optimize the structure of the supply chain, and continue to invest in supply chain integration to achieve “not left behind” and maintain certain industry competitiveness. In addition, increase investment in technology research and development, abandon the old way of “resource integration” in the PC business, solidly build technology, and focus on complementing software shortcomings, thereby gradually forming its own competitiveness.