Will fate once again favor the legendary businessman?

Although this original cross-border big deal of 30.5 billion yuan has been smashed for nearly three years and twists and turns, Shi Yuzhu and his giant network (SZ:
002558) Still “the deep love” for it.

The bride who brought the giant network dreams, called Playtika, is an Israeli online game company.
Since the first announcement of the maturity plan in October 2016, this focus on mergers and acquisitions has experienced repeated twists and turns, such as suspension of review, withdrawal of application documents, adjustment of trading plans, and suspension of review.

When the outside world thought or ended the abortion, on the evening of July 16, 2019, Giant Network re-announced:
It was decided to adjust the original restructuring plan, and the payment method was changed from issuing shares to cash acquisition, and the acquisition shares were also reduced from 100% to 42.3%.

This adjustment means that the giant network can bypass the approval and restart the transaction.

What is the charm of Playtika, which can make Shi Yuzhu and the giant network face the difficulties, so iron-like?
If you have an understanding of the business situation of the Giant Network in the past few years, this issue is not difficult to answer:
In order to save the performance and market value of the giant network’s continued decline, Shi Yuzhu has no more choices than the acquisition of this single-wood bridge.

01 Intrinsic business is completely disintegrated, and M&A is the only way to go

The games developed and operated by Giant Network are divided into end games and mobile games. From the revenue data, the game business has been stagnant:

Starting from 2015 to 2018, the revenue from the end-game business fell from 1.508 billion to 1.107 billion yuan;
After a few years of rapid development, the mobile game business recorded only a low single-digit growth of 3% in 2018. 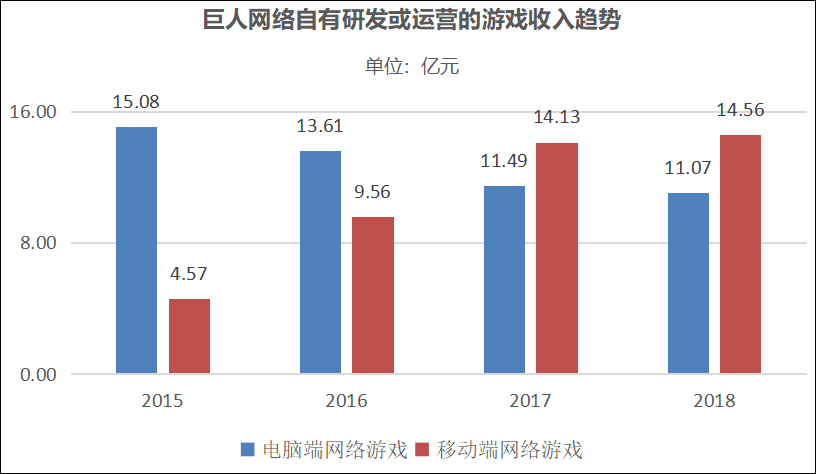 At the same time, Giant Network has fallen out of the top ten mobile games for listed companies: 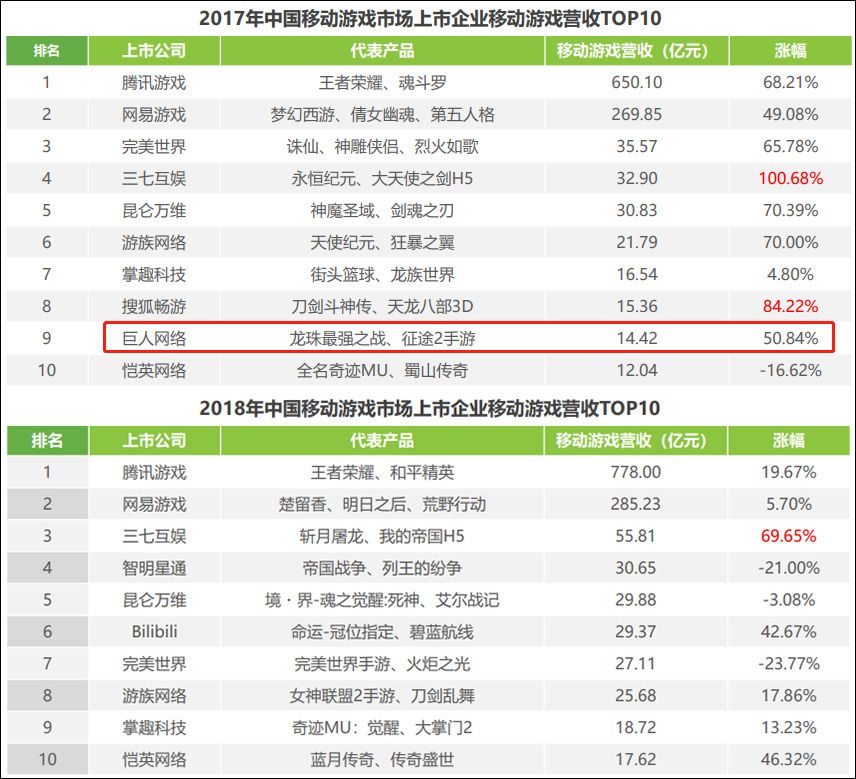 Source: iResearch, click to
Look at the big picture.

[2] Asset quality is not enough to support growth

Guru’s own boutique end-to-end IP is represented by “Journey” and “Xian Xia World”. In recent years, the market has continued to shrink. In 2016, the transformation of mobile-end online games is still a continuation of the above old games. Or a casual game like the big ball to support growth.

This mobile-transformation approach is difficult to succeed because:

From the PC to the mobile end, not only the channel changes, but also the change of the game mode. The games that can be fired on the mobile phone are basically the game game time period (fragment) and low difficulty ( Suitable for social), the giant’s old game obviously does not have such characteristics.

The casual puzzle games have low R&D costs, short cycle times, and a large number of competing products (accounting for 31.4% of the entire game market).
This inevitably leads to fierce competition, weak user loyalty and small room for growth.

From the “golden” (game recharge cost) attribute, the pay rate and the amount of the casual game are a younger brother in front of the competitive game.