Japanese made even the Japanese did not believe in hope. 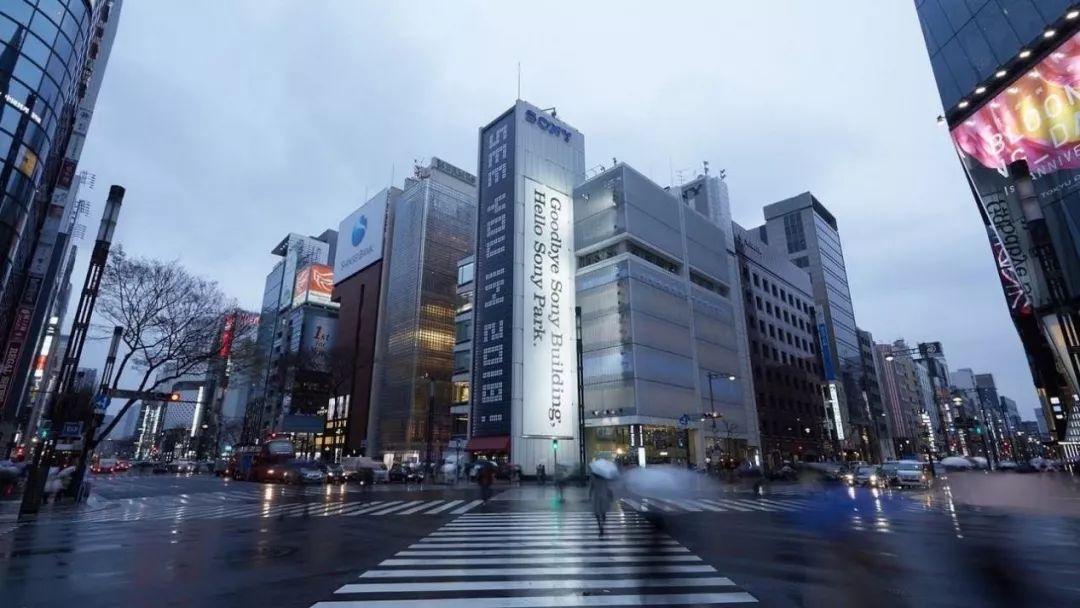 However, Sony Mobile is still in danger.
From April to June this year, Sony’s smartphone shipments were only 900,000 units, which fell below 1 million points for the first time. The quarter’s revenue was 4.45 billion US dollars, down from 5.23 billion US dollars in the same period last year.
This makes Sony return to an old problem:
Should the mobile business not sell or should it give up?

The answer given by Hirai Kazuo is still negative. He is more concerned about things above the smartphone:
What Sony should do in the future.
But not only for strategic purposes, but also step by step to watch Japanese companies lose the glory of consumer electronics manufacturing, and he may still want to retain the last unrealistic hope.

The last “Made in Japan” mobile phone?

In the memory of Sony’s former president Ando Guowei, at the end of 2001, he was on vacation in Hawaii. On the golf course, several Apple executives were holding a VAIO computer running OSX to persuade Sony to implant Apple. operating system.
Jobs, who just returned, is also present. He believes that Sony is the only brand that is qualified to use OSX.

Unfortunately, Sony is standing in the Windows camp.

And earlier, Sony even missed the best time to buy Apple.
Before he went out, he suggested that Apple should make an acquisition at the critical moment when Jobs was kicked out. However, the plan was too edgy and was vetoed by the then president, Dahe.

In 2008, Sharp returned to the mainland market in China, and it took a lot of market share with the 9010C. At that time, the domestic brands had already transformed from functional machines to smart phones.
In March 2010, Sony finally released the first Xperia smartphone with Android system. At the same time, HTC gained more than 10% of the global smartphone market with the advantage of the first Android phone;
Matsushita entered the game later, until 2012, the high-profile Matsushita Eluga was released in the European market.

This time,Made in Japan has entered the so-called “lost 20 years” recession, especially the 2008 economic crisis, the company that was still in the old dreams of big countries Wake up in an instant.

Wall Street reported that after the financial crisis, the share of Japanese electronics and services exports in the global market fell directly from 19% in 1996 to 10% in 2009.
It is also from 2009 that Japan has become an importer from home appliance exporting countries, while Japan’s three major consumer electronics companies, Sony, Panasonic and Sharp River.
In fiscal 2011, the three companies lost a total of 1.6 trillion yen (about 128.3 billion yuan).

Now look at the global mobile phone industry, Japan is a technical vassal for the head manufacturers, and Sony and other brands are not even holding the local market.
According to data from Japanese research firm MMRI, in the 2017 fiscal year, Apple ranked first with 43.4%, and second with Sharp, and Sony has fallen to third place.

Since selling Foxconn in 2016, Sharp has changed from manufacturing in Japan to manufacturing in China. Only Sony is defending Japan’s self-esteem on mobile hardware with meager efforts, and even continues to be unique to Japanese manufacturing. Paranoid and conservative.

Japan “Forgotten” Made in Japan 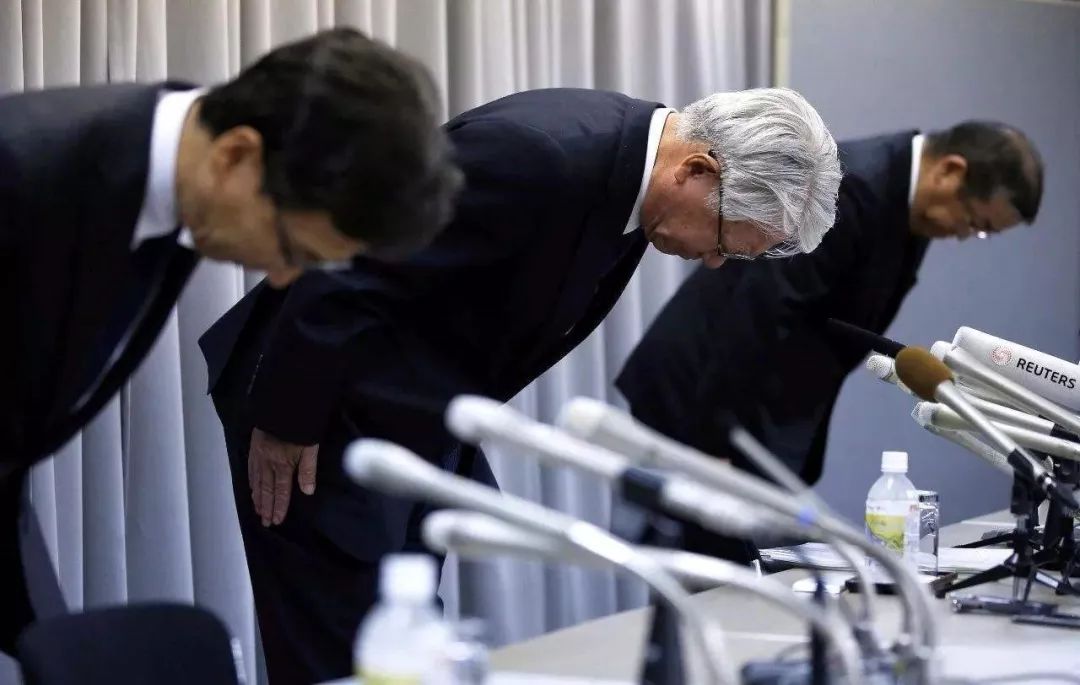 If the huge losses of the three major consumer electronics giants in 2011 indicate that Japan’s manufacturing is not destined to adapt to the speed of technological trends, and is gradually being replaced, then the repeated frauds now confirm the loss of the spirit of Japanese manufacturing. This is even more devastating.

In October 2017, Kobe Steel was smashed out of its three factories and one subsidiary, which had technical data to tamper with some products, and shoddy deliveries to customers. The number of counterfeit products flowing into domestic and overseas enterprises has reached 500, and some violations can be traced back to ten years ago.

Ten years ago, the entire Japanese economy was in a period of depression, followed by the subprime mortgage crisis, which caused Japan’s long-term dependence on overseas markets to shrink sharply. For the Japanese manufacturing companies at the time, losses and layoffs It’s no surprise that it’s closed down, and it’s essential to be able to survive.
As Kawasaki said, the production department has focused on profitability and neglected quality control, which is the cause of the general fraud of company data.

However, The saddest thing is that Japanese manufacturing is forgotten.

Before the Japanese economic bubble burst in the 1990s, Japanese consumers were generally filled with a sense of superiority over Chinese goods. In their view, only goods produced in Japan were the best, most assured, and safest symbols.
But Japanese electronics manufacturing companies have crashed to the ground, and the economic depression that accompanied them has caught them off guard.

First, Mitsubishi, Hitachi, Toshiba and other home appliance brands that have gradually faded out in the market have been replaced by imported products. Then Sony and Panasonic have taken the proud star-shaped electronic consumer products out of the market. Samsung and Apple swept the world.
This trend continues to spread to the living areas of food, clothing, and the smart phone and mobile Internet industries that represent technology trends. The psychological gap between Japanese consumers is self-evident.

At first, they were generally reluctant to give up their obsession with “Made in Japan”, which led many companies to spare no expense to sell Japanese products to Japanese consumers at a high price.
Of course, this stubborn sense of superiority did not last long, and the long-term economic depression brought more panic.

The author of “Web and Patriotic”, Yasuda Yasuda, explained the social changes in Japan:
“Many Japanese men participate in the procession, mainly for political purposes, and sometimes as a way to vent their feelings, but women’s marching in the streets and participating in political debates often stem from their despair and heart for society.”Crisis”.

Japan made advances in “heritage”

In 2013, the famous American economic magazine Forbes published the article “Japan lost 20 years is a big scam” written by former editor Eamonn Fingleton. This article subverts the mainstream public opinion to Japan. The conclusion of the “twine years” caused quite a stir at the time. 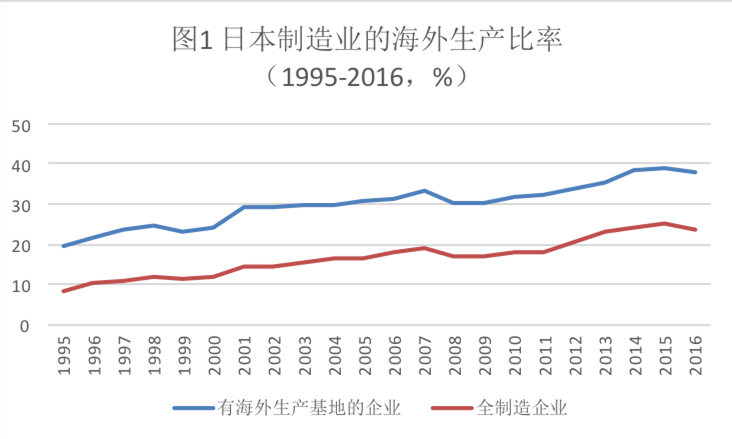 The rapid growth of overseas net assets is derived from the industrial transfer made in Japan .
In the 1980s, due to the high cost of domestic production, some large manufacturing industries in Japan moved some production links to low-cost production in the country;
After the Asian financial crisis in 2008, Asian emerging countries squeezed Japan’s export market, and Japan smashed its second industrial strategic shift.

As shown in the above chart, the overseas production ratio of Japanese manufacturing industry continues to rise in the context of Japan’s 20-year loss and long-term economic stagnation.

More critically, he also pointed out that In fact, Japan’s innovation direction is avoiding the “Red Sea”, which is highly competitive in the terminal market, and is turning to the continuous expansion of upstream high value-added core components. “Blue Ocean.”
The same is true, and Japanese manufacturing still maintains its advantages in core technologies such as materials, components and equipment manufacturing upstream of the global industrial chain.

However, this is only a legacy that Japan’s manufacturing has tried to preserve.
on the one handJapan’s profits on electronic consumer parts are ultimately better than the profits from machine manufacturing and sales.
And even if Japanese manufacturing companies are able to gain a foothold with their core technology, they will not be able to change back to the brand.
Just like Sharp, Sharp’s mobile phone has tried to return to the Chinese market with the help of a full-screen craze, but it is still awesome after a short-lived.

In consumer perception, Sharp has been labeled as “failed,” no matter how strong the screen manufacturing technology is.
Therefore, the path of Japanese manufacturing from technology to brand transformation is basically blocked.

On the other hand, the Japanese manufacturing industry is “zeroed out”, and the industrial chain that controls electronic consumption is a new form of survival in the wave of globalization, but its technological advantages are being weakened.
Once they have replaced the right to speak on the supply of technology such as image sensors, storage, microprocessors, etc., it means that Japanese manufacturing will have no retreat.
In particular, China’s recent attention and enthusiasm for the semiconductor industry may become Japan’s biggest enemy.

This is why the capital market does not value Japanese manufacturing companies. Even if they earn a lot of money, they lack long-term optimistic prospects.

Japan’s “lost twenty years” is far more than just a stagnant economic development.
When Ikeda Shinfu described the social status quo of “the economy has fallen into a long-term stagnation” in “The Lost Twenty Years”, he quoted Murakami’s famous saying:
This country has everything. There is something for what you want, but there is no hope.

Hirai Kazuo also experienced the lost period of Japanese manufacturing from prosperity to trough, so he has a greater regret for Sony mobile phones.
However, Sony is fortunate to recover, and even Japanese people in Japan do not believe in hope.