From the point of view of celebrities, although attracting fans is no longer as easy as it used to be, as long as users can grasp a certain aesthetic point and preference of users, there is still a great opportunity to find their own breakthroughs in the content field.

Editor’s note: This article from the micro-channel public number “Kahn Data” (ID: caasdata6), of: Yue away.

Speaking of 2020, who is your most impressive Douyin celebrity?

In the past year, Cassdata has almost counted the top 20 celebrities who have gained the most followers in Douyin every month, and summarized some industry trends and ideas worth learning from them. Today, standing at the alternate node between the old and the new, Cass will summarize the 240 accounts on the list in the 12 months, according to the monthly increase in followers, the number of followers in each account and the content characteristics, from multiple levels Sort out some laws and trends so that everyone can have a clearer and more intuitive understanding of Douyin in 2020.

The plot dominates, and the advantages of food, film and television increase

After dividing and categorizing the content attributes of the 20 accounts on the list every month, we found that the overall pattern is as follows:

Story content occupies an absolute advantage. No matter how many of them, from the @广东 couple at the beginning of the new year to the new generation of @ including the new year, there are story accounts in the 20 accounts with the fastest increase in followers every month. Looking at the 240 accounts on the list, a total of 87 accounts belong to the story category, accounting for 36.3%. Among them, there are at least 4 plot numbers on the list every month, and the number of plot numbers on the list in January and April reached 12, forming an overwhelming advantage. 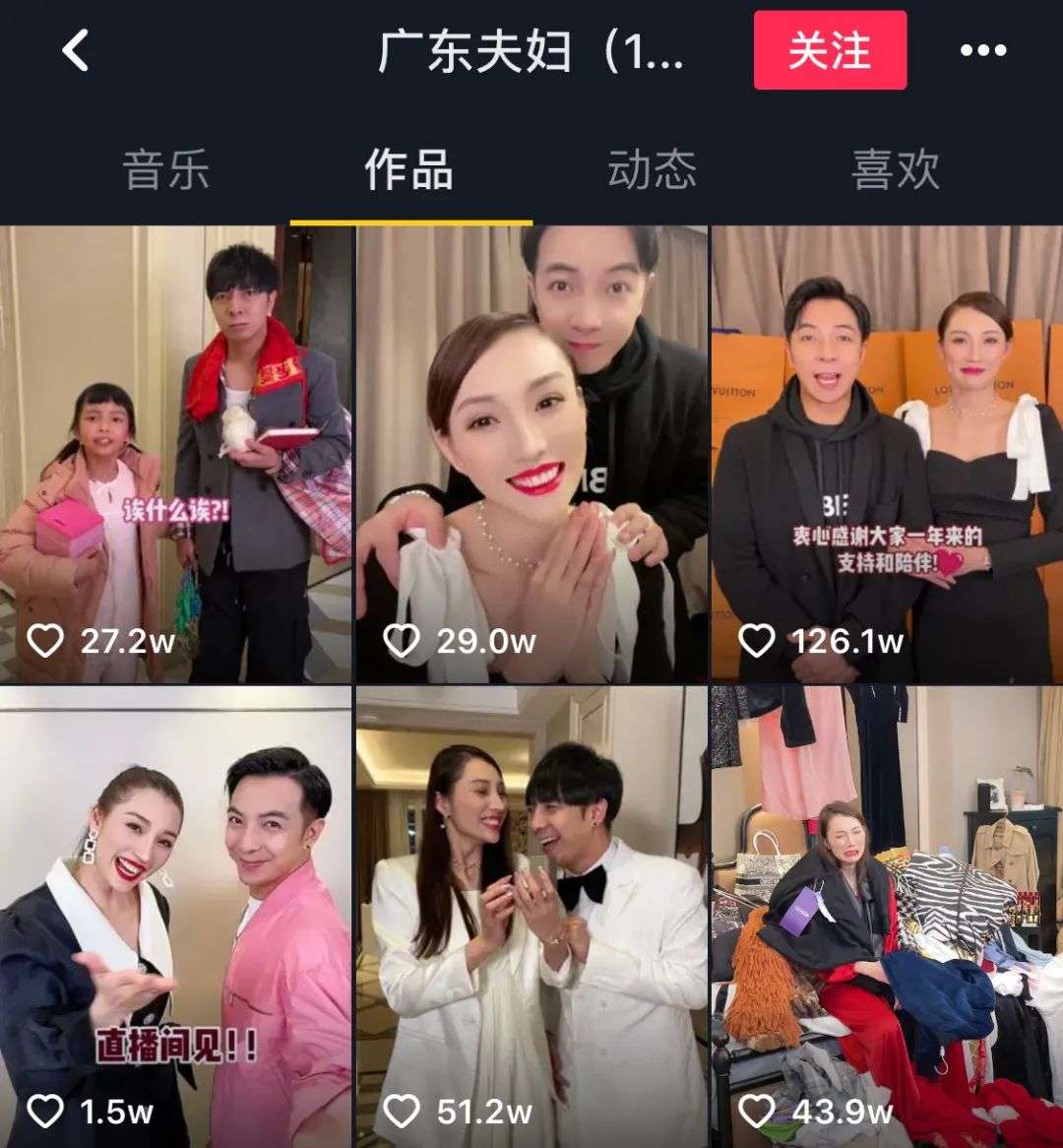 It’s also worth noting that, in addition to the significant advantages in terms of number, the number of monthly fans of the story account in each issue of the list is not to be underestimated, and almost all of them can jump to the top of the list., Forming the dual advantage of “both quantity and quality”.

In addition to the account types mentioned above, music and car accounts also show certain advantages. Of the 240 accounts, the two are on the list with 14 and 12 respectively, which is equivalent in number.

Overall, the storyline has continued its usual content advantages, while food, film, and car content has shown a month-on-month increase in Douyin in 2019, and this upward trend will continue in 2020. . Film and television content has developed strong momentum, and released greater stamina and potential. In addition, there are only a handful of accounts on the monthly fan list of 2020, which have obvious advantages in the beauty category, and they have not shown their advantages. 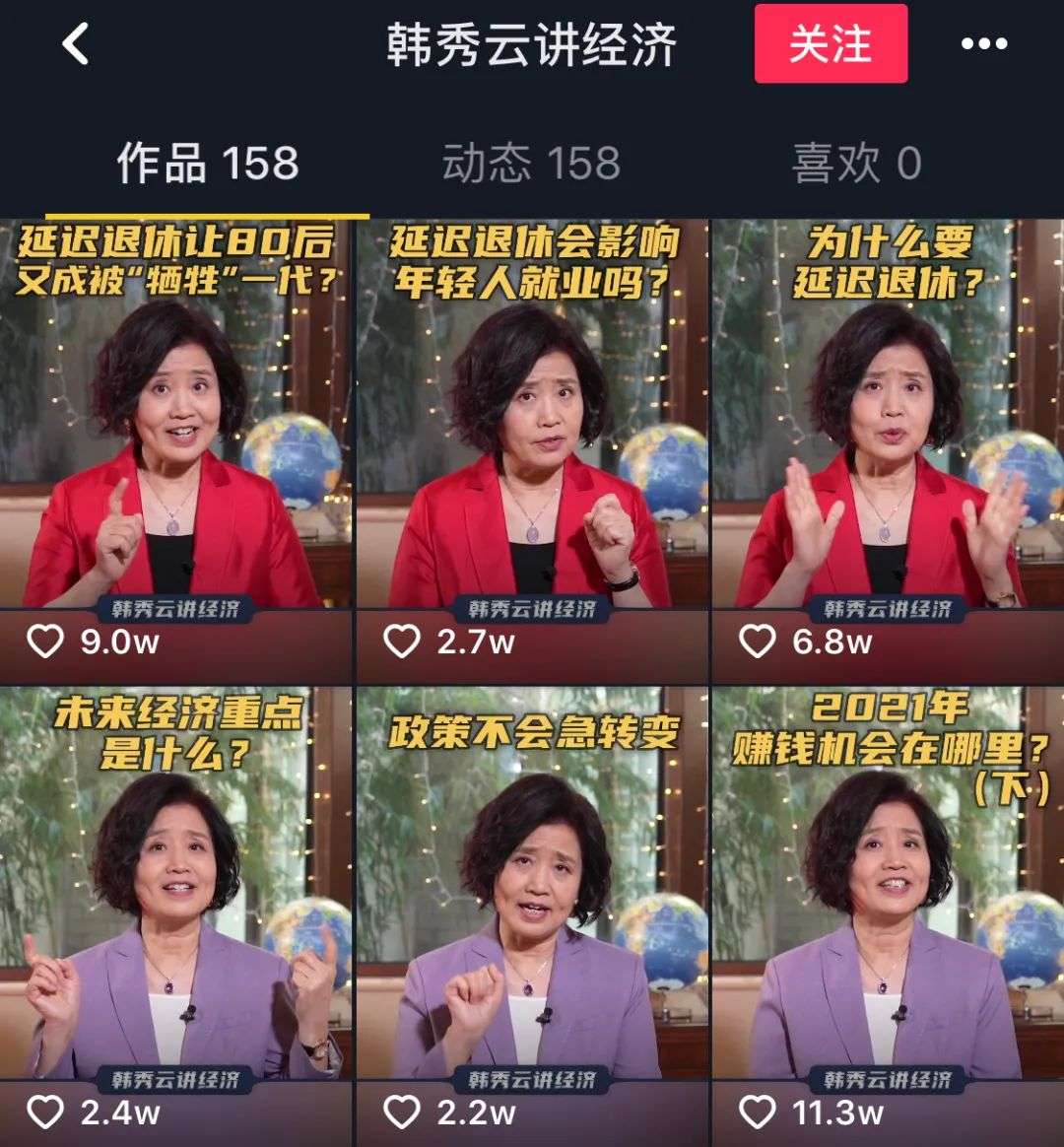 In the 2019 celebrity summary report, Cassdata mentioned: As short video platforms increase the support of long video content and users’ diverse content consumption needs, professional knowledge (such as finance, Technology, insurance, etc.) accounts will have a greater chance of becoming popular; and judging from the growth in 2020, the audience of knowledge content has indeed become wider and wider, and there has been a great leap in the space for increasing fans. According to the current growth trend, in 2021, knowledge contentOr will usher in a bigger outbreak.

The trend of increasing fans gradually tends to be flat

Starting from 2019, the trend of increasing popularity of Douyin celebrities has gradually flattened, and the number of “popular red” celebrities has been greatly reduced. Looking at the list of Douyin’s monthly fans in 2020, from the perspective of the level of fan gains, there are both unexpected “surprises” and expected “gradual”.

In the 12 months, the most violent increase in followers was in January and March. In these two months, two celebrities who gained more than 10 million followers in a single month were born. One was in January. The medical account @医路先锋巍子 with a volume of 1288W, and a person with a facial value of 1180W in March, @刀小刀sama, the former provided users with a lot of practicality through concise and concise language during the epidemic Sexual disinfection methods and medical knowledge have greatly met the practical needs of the public; the latter has led the enduring trend of dressing and dressing. A hair throwing and dressing video released by it was praised 645.1W, which is the entire 2020 Douyin single. The video with the most likes. 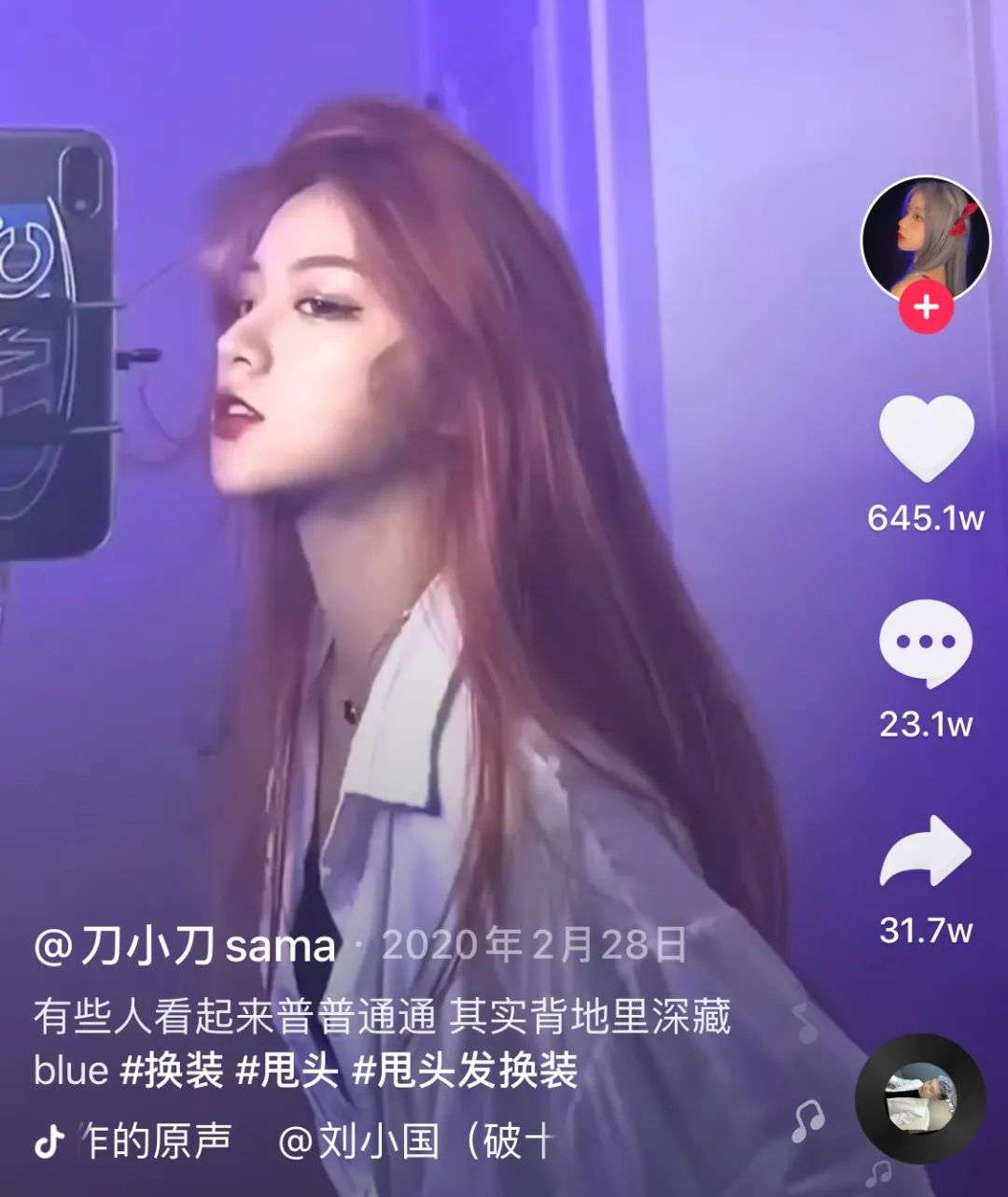 In addition to these two celebrities who have gained more than tens of millions of followers in a single month, in January and March each created 4 accounts with more than 500W followers. Among the 20 accounts on the list, the lowest increase in followers Basically are above 300W.

From an overall point of view, the popularity of Douyin celebrities in 2020 shows a development trend like this:

January and March ushered in a big outbreak, April, May, and June gradually flattened out. With the arrival of the summer vacation in July, the platform has a new “climax” of increasing fans, with the increase of 500W. There are 5 accounts above, and the fans of the remaining accounts are all above 300W. After July, the trend of Douyin’s followers declined again and tended to flatten out. The proportion of high-acceptance accounts has gradually decreased. Most of the accounts on the list have increased followers between 100W and 300W.

Compared with the first half of the year, the Douyin celebrities entered a relatively difficult period of increasing fans in the second half of the year. Although there are also outstanding accounts that have jumped into the eyes of users, overall, the difficulty of “blockbuster” is getting more and more difficult.

Someone is gorgeous for a while

If an account has continuous fansAbility, then it means that the style characteristics presented by this account may have the meaning of “leading the trend” for a period of time. To a certain extent, it can also reflect the content trend within a certain period of time.

When combing through the 12-month rising fan list, Cass found that several accounts have repeatedly appeared on the TOP20 list, and their style characteristics, reflected user preferences, etc., are also important for the short video industry. Has a certain meaning. 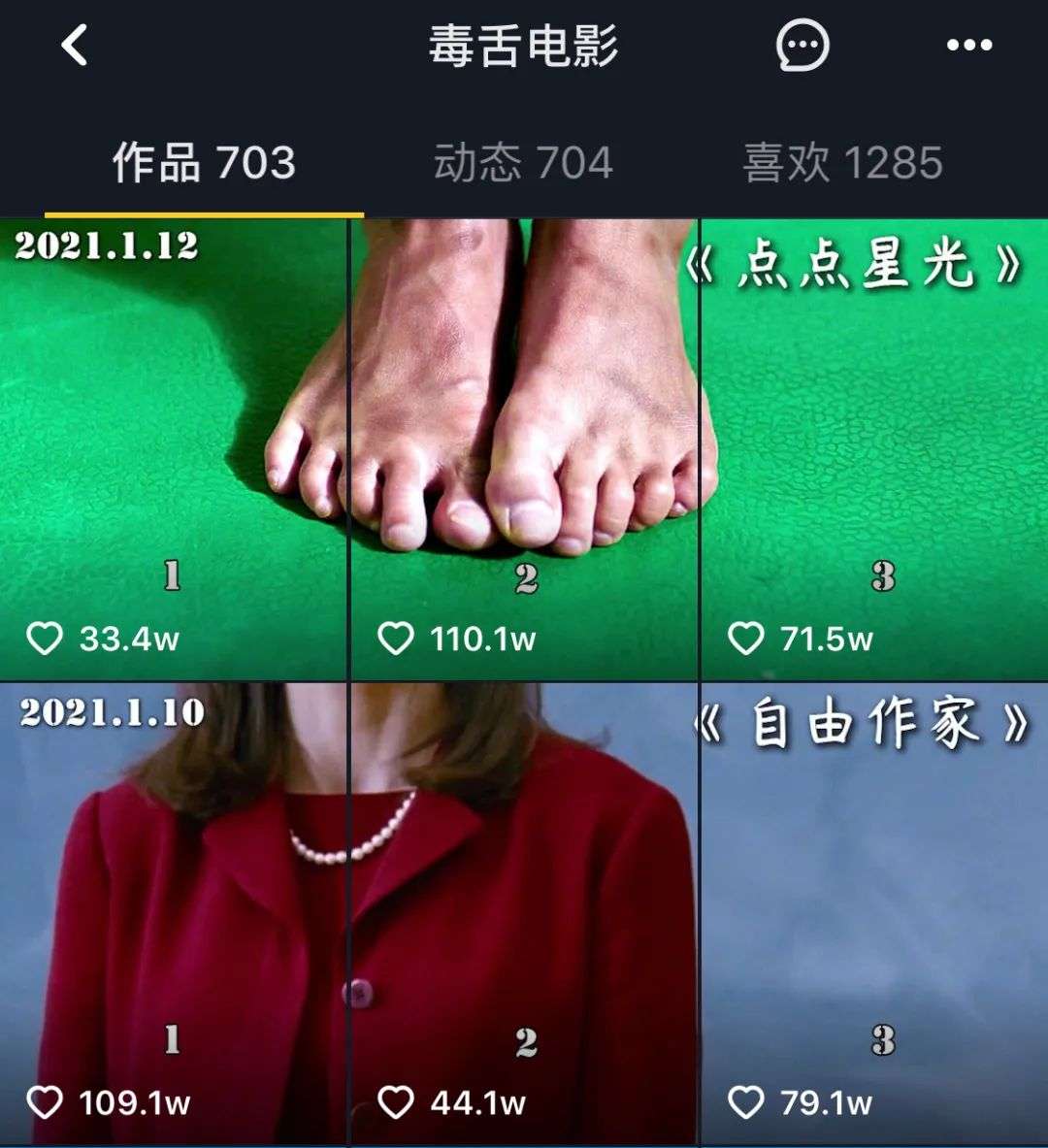 After @毒舌电影, the drama/funny account @狂产兄弟 is the most frequently entered TOP20 list. Since June this year, the account has been on the list continuously, and has occupied the TOP5 position for many times, and created dozens of popular videos with more than one million likes. Analyzing the content of his account, the reasons for being favored by users “madly” can probably be attributed to three characteristics: 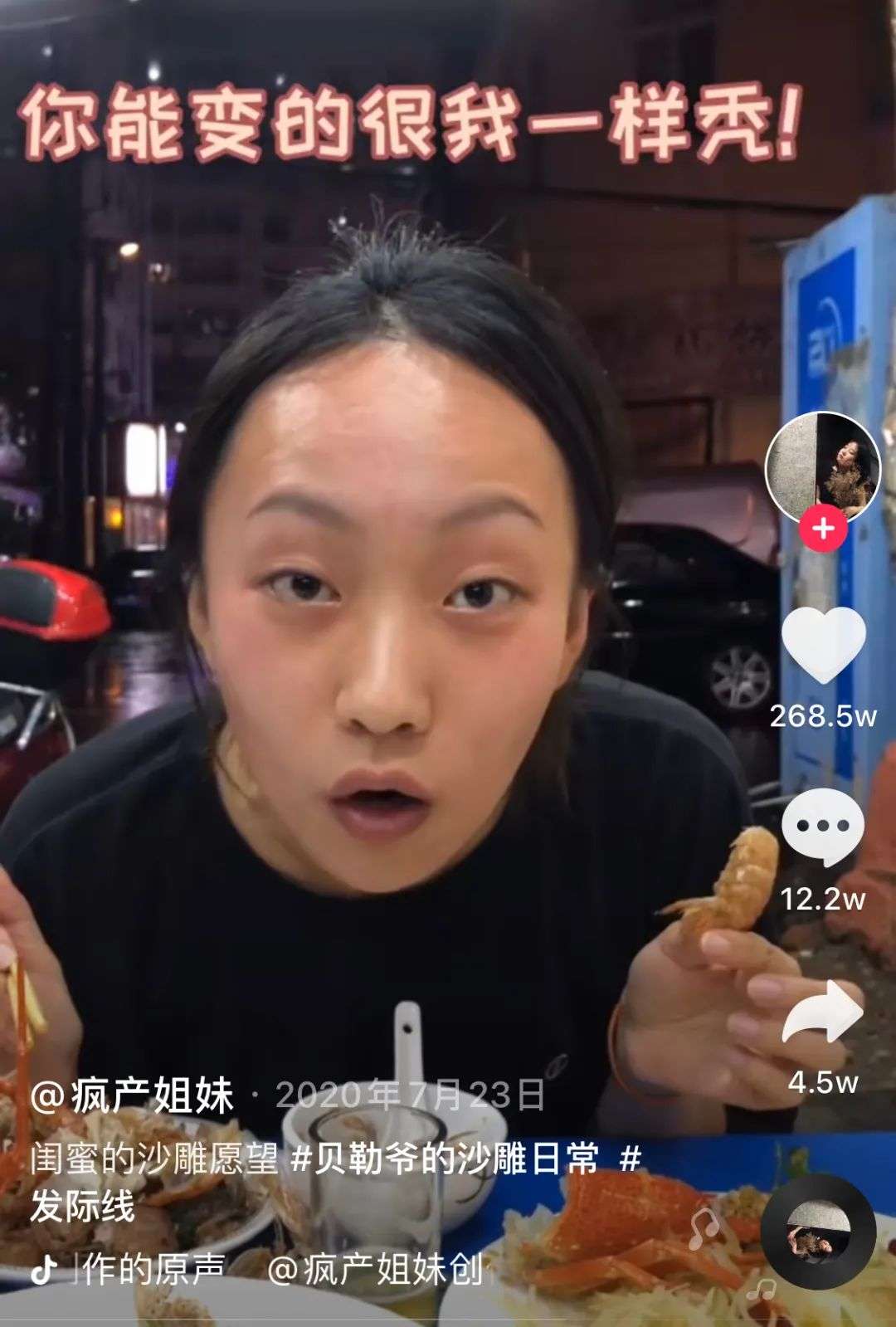 ①Return to the basics, without deliberately sculpting but conveying a strong breath of real life;

③ There is a distinctive and very individual character, thus constructingIt has an impressive and strong attraction.

From the explosion of @狂产兄弟, we can also perceive an obvious content trend in 2020, that is, daily life, authenticity, and down-to-earth life content is loved by more and more users. In addition to @狂产兄弟, @我是田姥姥, who has been on the list 4 times, and @蜀中桃子姐, who has been on the list 3 times, have similar characteristics. The former intercepts interesting fragments of the protagonist’s daily life, and uses realism and hilarious comedy effects to trigger user laughter, while the latter perfectly combines gourmet food with the daily life of family members, delivering a full of smoke and fire. 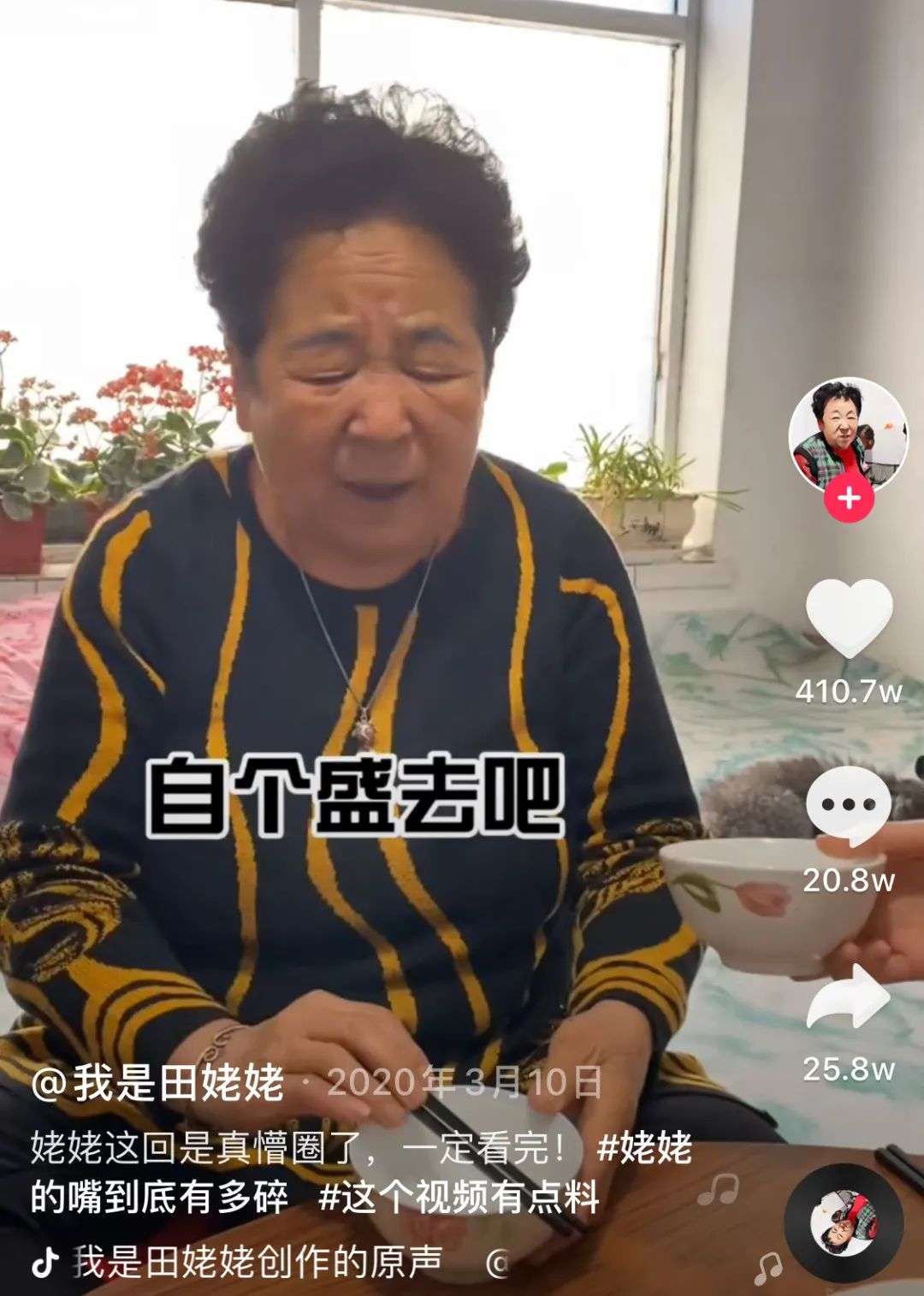 In addition, the shop-like food account @大LOGO吃腐北京, as an ordinary person, led users to “check in” and experience those “gimmicks”, which attracted the attention of many fans by greatly satisfying curiosity. A total of 4 times in the monthly TOP20 list in 2020. 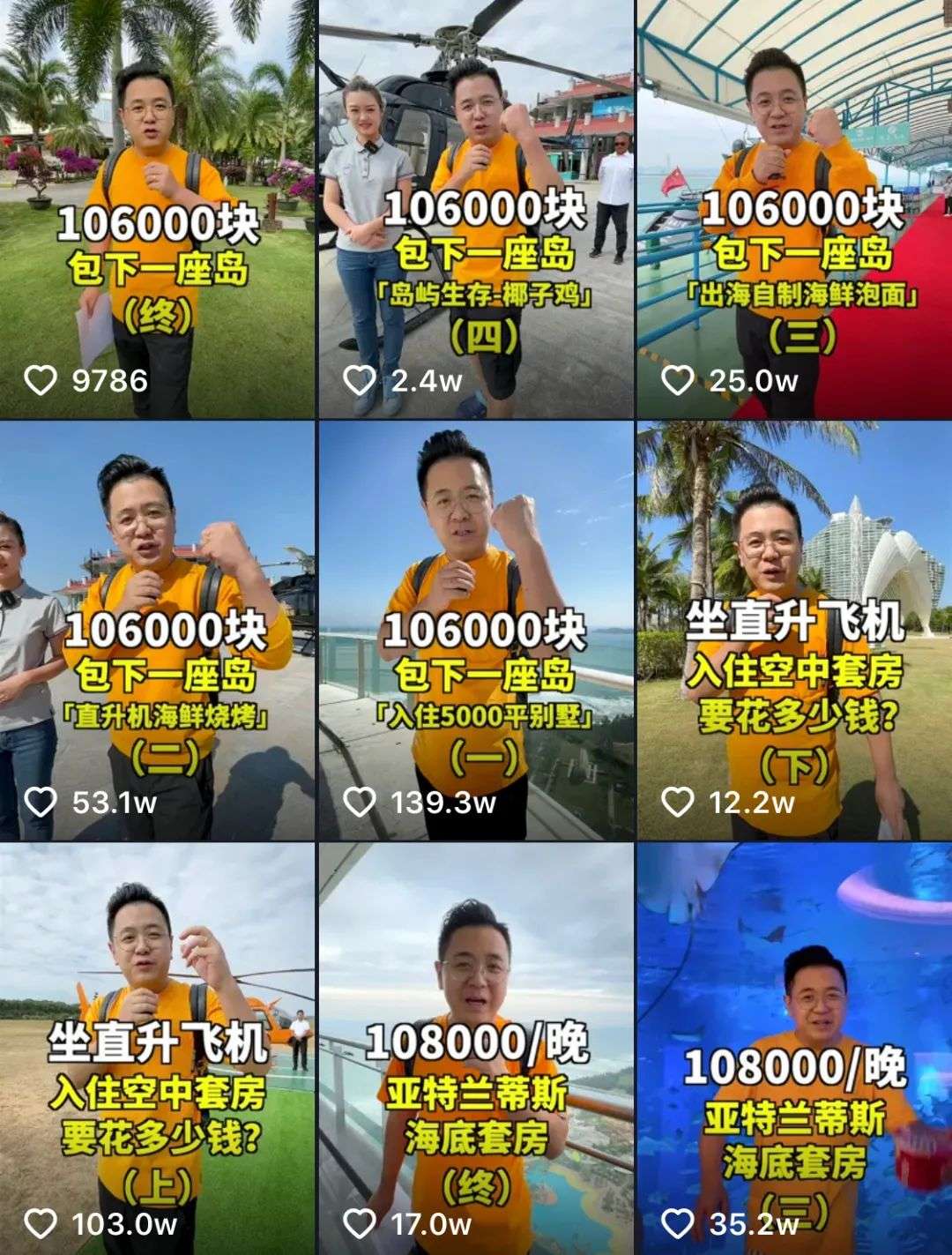 Of course, with the exception of this part of the accounts, most of the accounts only appear on the list once, and they have gained “temporary splendor”. Some of these accounts come from relatively narrow tracks, such as outdoor adventure accounts@ Outdoor flat-headed brother; some have explored new ways of playing in the public track, such as the account @三哥(覃祖铭), which combines music and plot to achieve an alternative funny effect… Although they failed to continue to make the list , But it has enriched the content ecology of Douyin and brought creative inspiration to more content creators.

Overall, in 2020, the content ecology of Douyin will still show diversified characteristics, and users’ demand for short video content consumption will upgrade and spread. From the point of view of celebrities, although attracting fans is no longer as easy as it used to be, as long as users can grasp a certain aesthetic point and preference of users, there is still a great opportunity to find their own breakthroughs in the content field. The new year has come, and countless opportunities are still beckoning us.