All disputes are interests.

E-sports is not a sport! Even if it enters the Olympics, I firmly oppose it is sports! 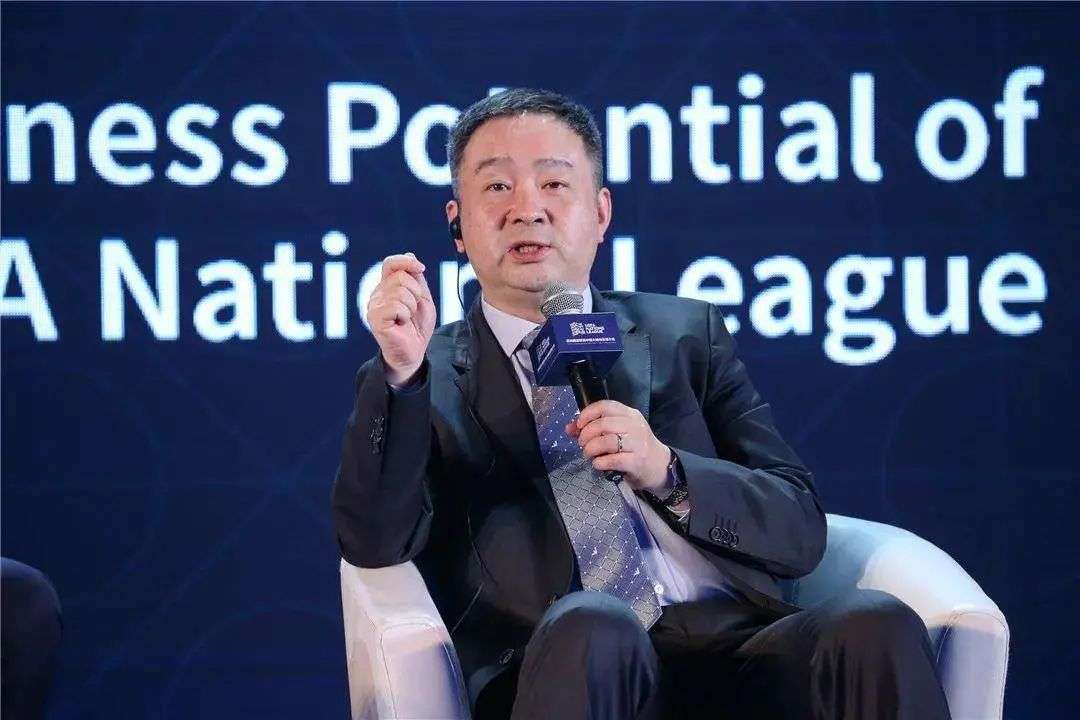 At the event, Yu Lingxiao expressed his views: “In 2020, the epidemic has created a vacuum in sports events, and online games have become particularly important. However, e-sports evolved from games. I firmly oppose it as sports. Did you join the Olympics? Capital can be profitable, but don’t pretend to be sports. Sports needs more online products, but it must be an active and healthy online lifestyle.”

Overnight, the pros and the opposing factions began to spread the word online, full of gunpowder, prompting Yu Lingxiao to clearly oppose e-sports becoming a sports item may be a blockbuster news: the Asian Olympic Council General Assembly approved e-sports as a sport The official project was selected for the 2022 Hangzhou Asian Games.

As early as 2003, e-sports has become a sports competition

Unexpectedly, e-sports was listed as a sports competition by the National Sports Bureau as early as 2003.

Before 2000, major countries in the world have keenly realized that the Internet is a must-see for the future, and have begun to vigorously promote the popularization of the Internet. In order not to lag behind the trend of the world, China built the first next-generation Internet regional trial network in Beijing in 2001. Since then, China’s broadband network has ushered in rapid development. 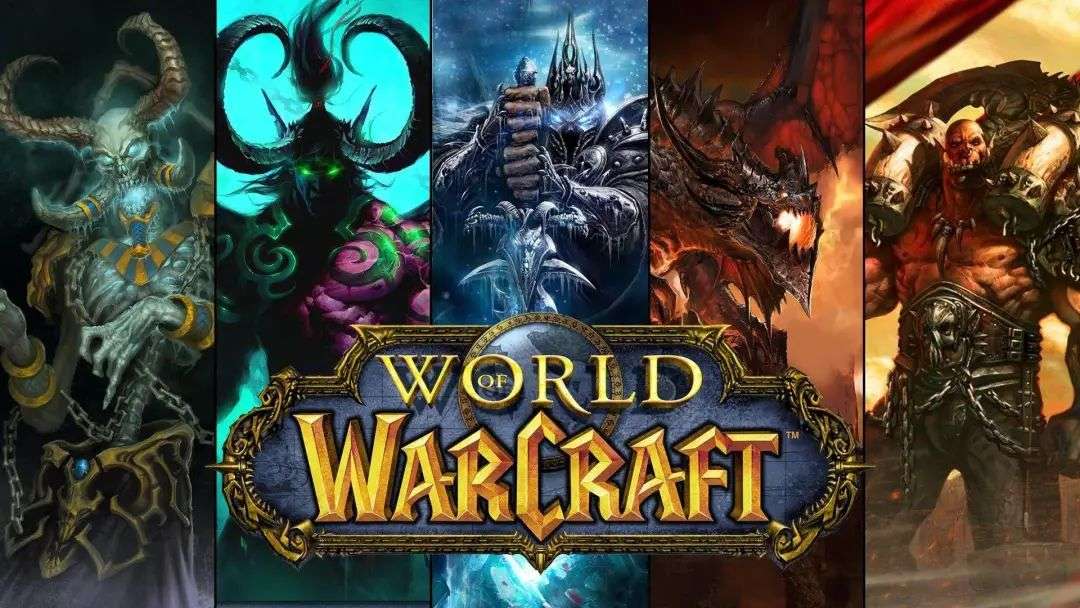 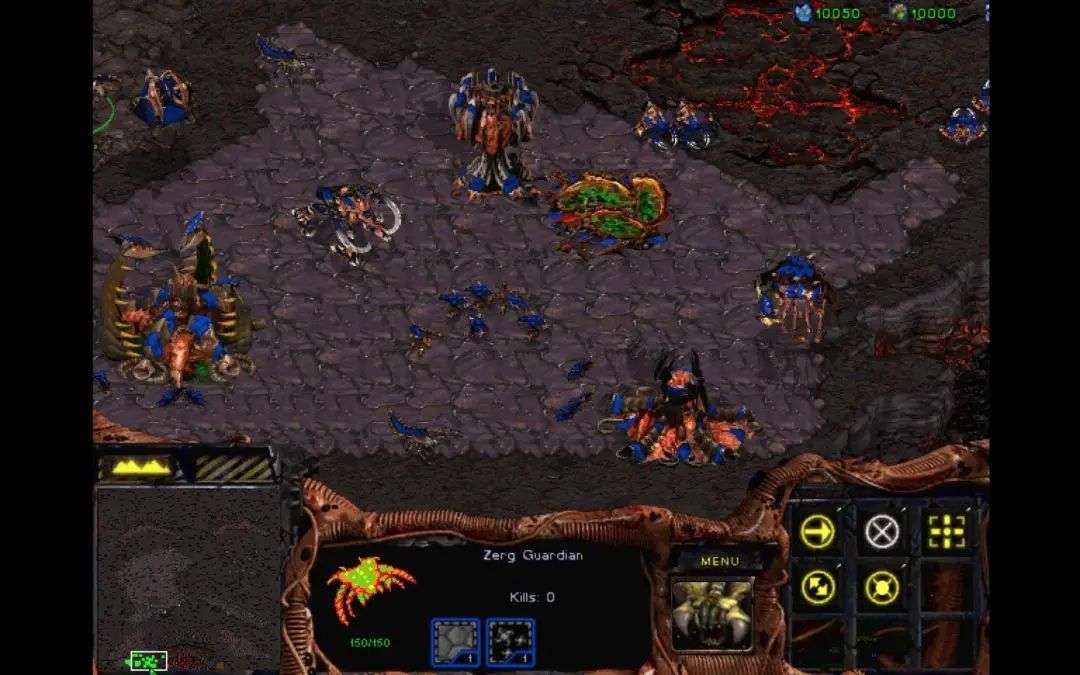 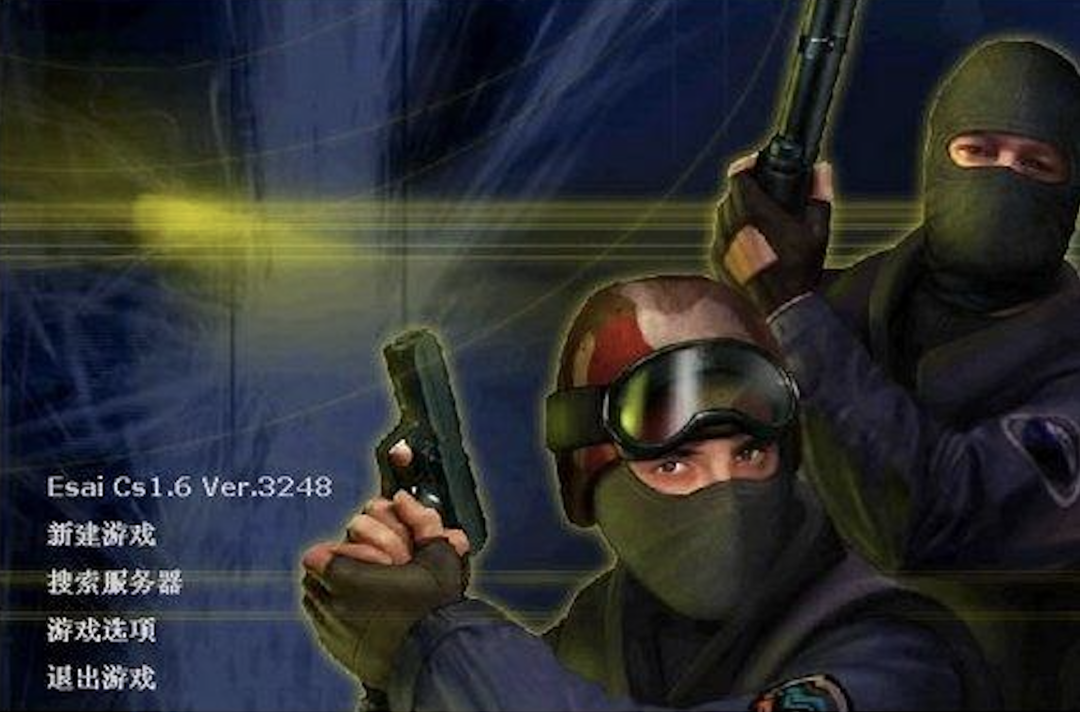 The pleasure of the game makes many people want to stop. In order to make users addicted to the game, game operators use the psychology of comparison to create competitive rankings based on the performance of players, such as “server rankings”, “city rankings”, “provincial rankings” “, “South China Rankings”, “Global Rankings”, etc. These are the predecessors of e-sports, but at that time the scale was small, the standard was single, and it was not yet a system.

South Korea was the first to systematize e-sports.

In 2000, South Korea’s Samsung sponsored the WCG (World Cyber ​​Games, World E-Sports Competition). This was the first ever e-sports competition held in the “Olympic Mode”. The first WCG included StarCraft and Age of Empires. II. FIFA2000 and Quake, in which 49 players from 17 countries participated in the interstellar project, with a total prize of 50,000 US dollars. Chinese player Kulou.csa won the seventh place. 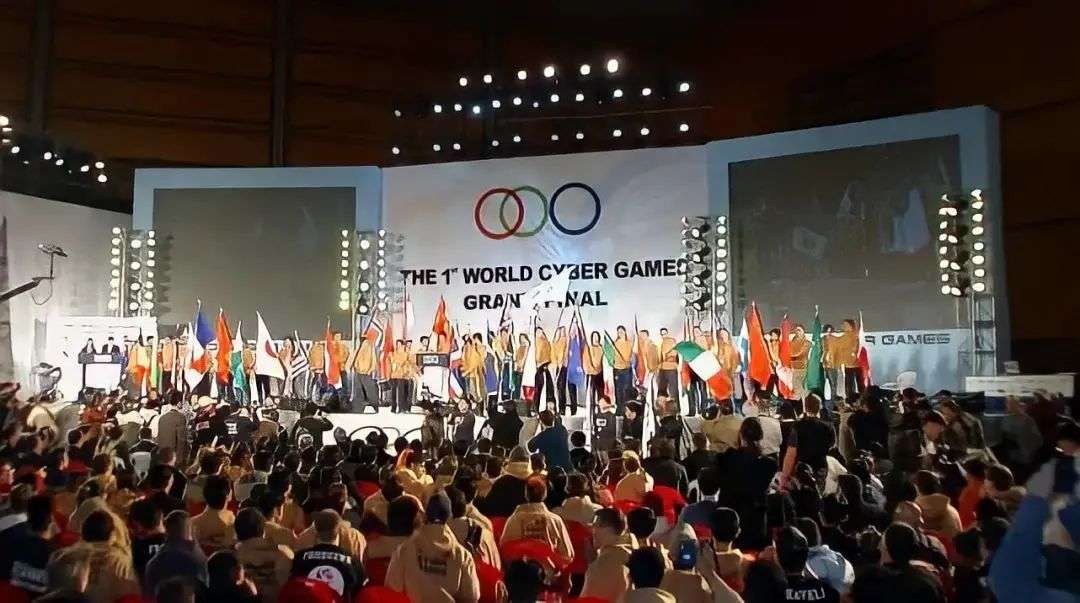 Soon, two years later, in 2002, the Ministry of Industry and Information Technology of China took the lead in organizing the “China E-Sports Conference”, which put forward the concept of rectifying the name of electronic games, and advocated “using e-sports beyond games to interpret new concepts and lead fashion and health. The trend of national electronic entertainment culture.” One year later, in 2003, the National Sports Administration listed e-sports as a sports competition.

Falling from “the altar”, all you need is a fire

Data from the China Internet Information Center shows that as of the end of 2001, there were 12.54 million computers connected to the Internet in China, an increase of 40.6% over the previous year; the number of Internet users was 33.7 million, an increase of 49.8%, of which 4.18 million were online game subscribers. In 2001, China’s online game market will reach a scale of nearly RMB 1 billion.

Recognized internationally and domestically, has e-sports been smooth sailing ever since?

No, because people are gradually discovering that video games cause many social problems.

Some people don’t come home at night, play games all night, their faces are yellowish and thin, like “ghosts”; some people use Internet cafes as their homes, and their bodies “rotten and smelly”, and they die suddenly on the seats of the Internet cafes; You have to pay for the internet, don’t hesitate to hold a knifeThreatening their parents and finally causing homicide; some people quarreled with the network manager and burned the Internet cafe, killing 25 people… 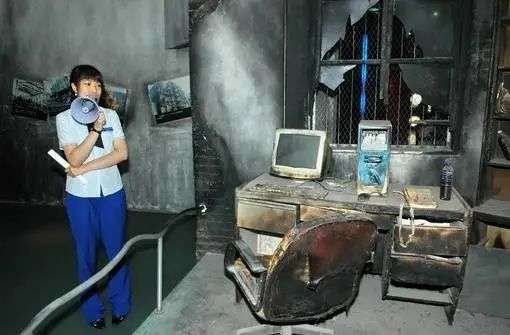 In 2002, a vicious incident occurred in Beijing Blue Speed ​​Internet Cafe. 4 minors had disputes with the Internet cafe attendants After arson in revenge, 25 people were killed and 12 people were injured in varying degrees

In those years, video games have become the object of criticism from all walks of life. Some people even describe it as “electronic heroin,” which destroys people’s body and mind like drugs. It is an addictive behavior that is harmful to no benefit.

In 2003, CCTV 5 launched the “E-Sports World” column. For the first time, an e-sports program appeared on a national TV station and aroused great repercussions. It was called “a must-see program for game lovers”, but it was criticized by the society The voice is great. In the end, the State Administration of Radio, Film and Television issued the “Notice on Prohibition of Broadcasting of Computer Network Game Programs” in 2004. The broadcast of “E-Sports World” was suspended, and it was only 10 months from the start to the suspension. 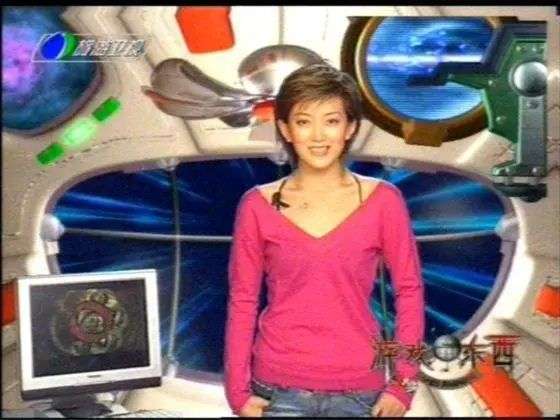 The criticism of video games has continued for many years, and e-sports has also entered a relatively low period. After a few years of silence, with the popularization of smart phones, electronic games have become popular among the people, and e-sports have returned to the public eye.

At the same time, criticism of video games is gradually decreasing. The reason is simple-the number of mobile game users in China has reached 640 million. Except for the elderly, children and those who are not equipped with smartphones, it can be said that almost every smartphone user has played video games, and the stance of criticizing games is no longer so. Strong, and a bit less sharp.

The number of users has surged and the market has expanded wildly.

This is a big cake, both in terms of growth rate and total volume are very eye-catching, and the data has not yet included the market for game derivatives and peripheral industries.

Countless cases have proved that systematization, formalization and industrialization are the best choices to make the competition cake bigger. As a result, the gaming industry has set its sights on the Olympics. As long as the “Olympics” is successful, the commercialization of e-sports after the rectification will inevitably be smooth sailing. 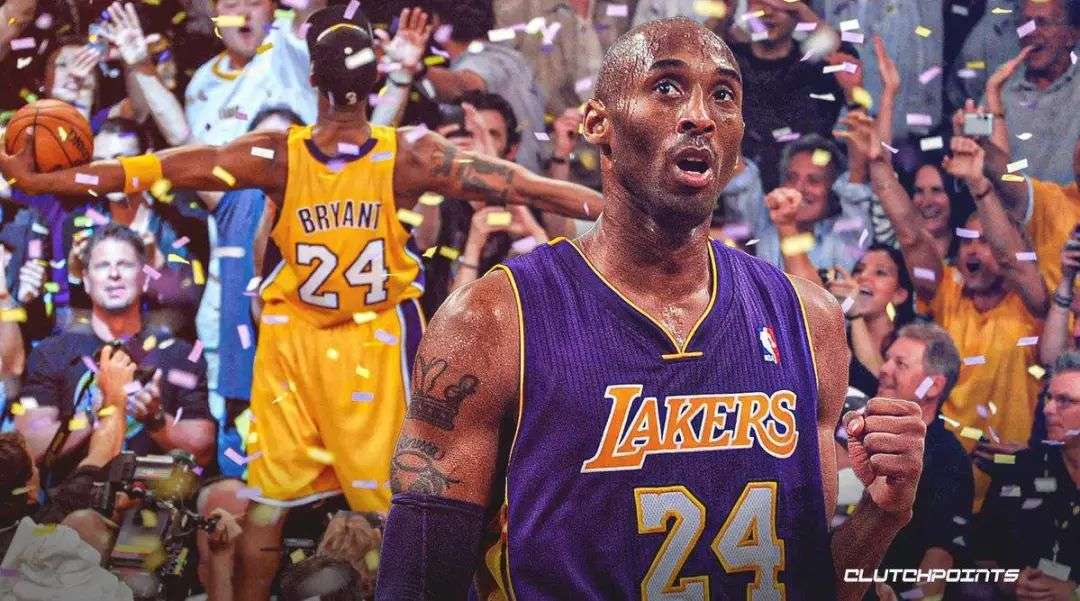 On May 17, 2013, 17173 initiated a petition to players around the world to apply for the inclusion of e-sports competitions in the 2020 Summer Olympic Games.

The President of the Olympic Committee, Thomas Bach, made it clear in an interview at the time: “Olympic events cannot promote violence and prejudice…those killing games, from our perspective, are contrary to Olympic values ​​and therefore cannot Accepted.” 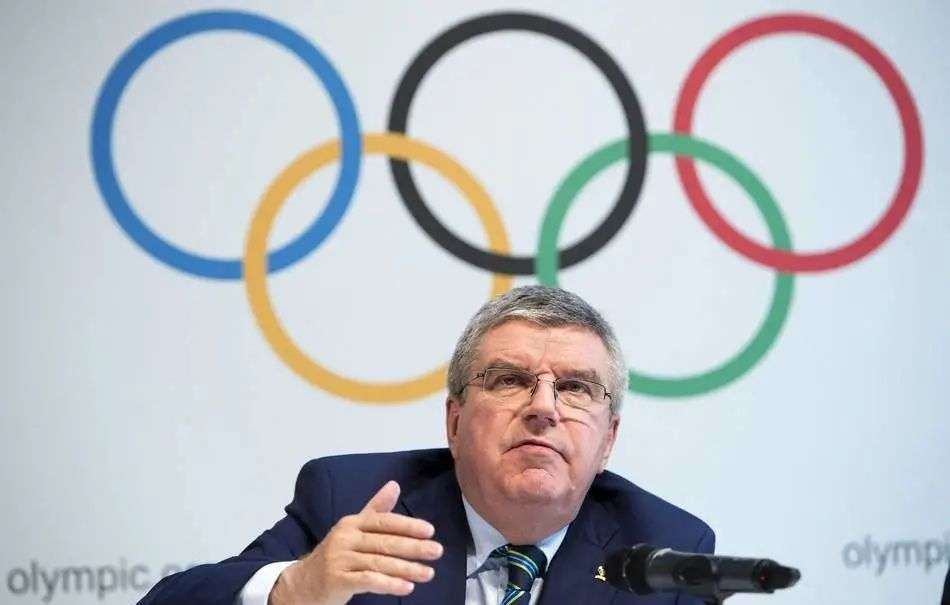 The “Crossing Olympics” was unsuccessful, and the e-sports industry turned its attention to the Asian Games. Starting in 2019, there was news that e-sports would become one of the sports events of the 2022 Hangzhou Asian Games, which triggered a small scale on the Internet. discuss.

The news of “e-sports becoming a competition for the Asian Games”, after rumors, speculation, and controversy, was finally confirmed on December 16, 2020: According to the official Weibo news of Tencent E-sports, the Asian Olympic Council General Assembly was held in the Sudan of Oman Held in Muscat, China, e-sports was approved as an official event to be selected for the 2022 Hangzhou Asian Games.

The pros and cons clash, the e-sports name is overshadowed

Understanding the origin of e-sports, the key points of the dispute between the pros and cons are obvious-does e-sports have more advantages than disadvantages or harms more than advantages?

Opponents believe that the pursuit of sports is to be higher, faster and stronger, to guide the maturity of the three aspects of the “mental and physical”, and to abandon violence and advocate peace, and bringSociety is a positive attitude, and e-sports is contrary to the spirit of sports no matter from which aspect, “Look at those so-called e-sports people, do you think they are healthy? Sitting and playing games every day, most of them are If you don’t study well before doing this, the kids will lose their studies.” 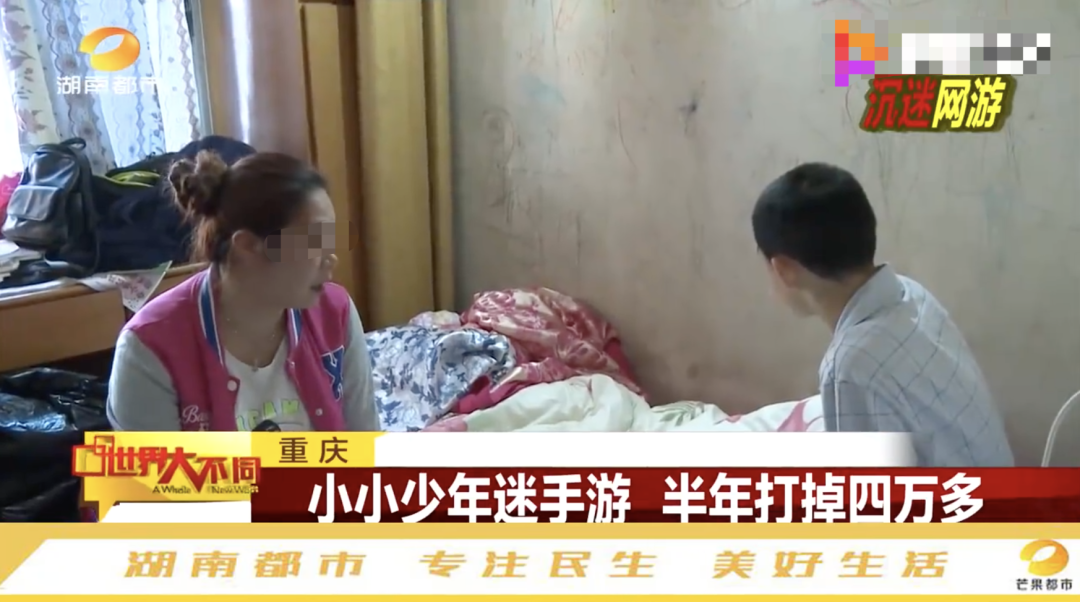 The child is addicted to the game, get the payment password, secretly spend more than 40,000 yuan, similar things happen frequently

At the Fifth “China Sports Industry Carnival”, Shengli Family’s founder and CEO Li Sheng said that sports require physical exercise. Sports is the last line of defense for mankind. Morality, intelligence, and physical fitness need to be fully developed. Replaced by sports. Sports have competition, but competition is not all sports.

In order to eliminate these negative impressions, on September 10, 2019, KPL Alliance Chairman Zhang Yijia announced that in the future, a group of professional players will return to school to receive re-education in cooperation with the Guangzhou Institute of Physical Education.

Agreeers believe that since the purpose of competition is to be higher, faster and stronger, then why the competition between intelligence and technology is not regarded as competition. “In ancient times, there was no electronic competition. Intellectual things were compared with physical strength. Now electronic sports can In terms of technology, mentality, cooperation, and strategy, they are all competing to compete higher, faster and stronger, which is fully in line with the spirit of sports.” 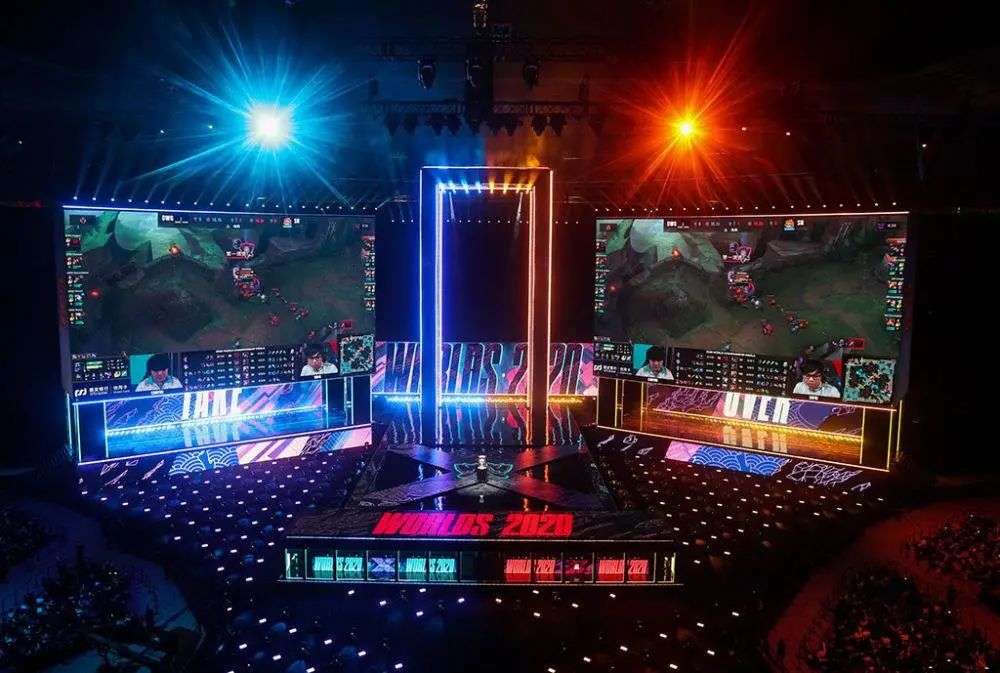 On October 31, 2020, the League of Legends World Championship (S10) will be held at the Shanghai Pudong Football Stadium.Film from: Xinhuanet

The COO of KA Women’s E-sports Club Zhou Jie said at an event: “(E-sports) has a higher degree of social recognition. E-sports has received policy attention. The value of the e-sports industry has been discovered and e-sports people have been recognized. And respect… The parents who sent their children to sign the club know what e-sports are, and have a certain understanding of policies, the industry, and their children’s future career development.”

It is reported that as early as 2017, Shanghai put forward the slogan of building a “global e-sports capital”. By 2020, the promotion of the development of the e-sports industry has been written into the “Shanghai Action Plan for Promoting the Development of New Online Economy (2020-2022)”.

All disputes are benefits

Iqiyi Sports CEO Yu Lingxiao firmly opposes the change of e-sports to sports news. Below, there is a comment written like this:

The bad thing about e-sports is that it is not in the live iQiyi sports program.

This comment directly points to the core. All reasons for demonstrating whether things are reasonable must be driven by interests, both pros and cons. Countries and cities that are willing to build e-sports as an industry are also right and wrong. The high and low points are all serving their own interests. 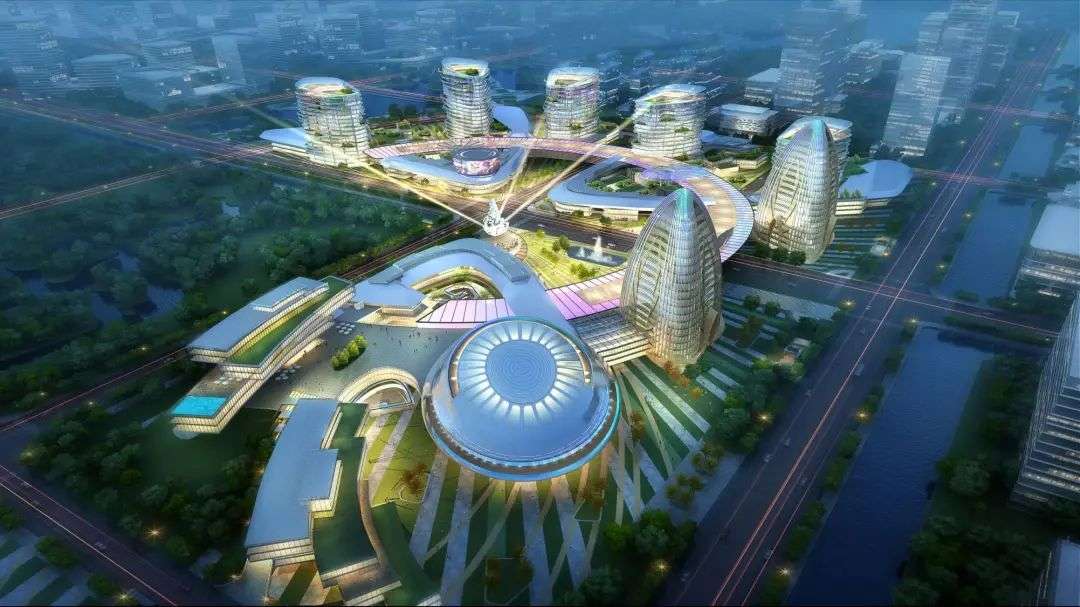 The renderings of the Shanghai International New Cultural and Creative E-sports Center. The project will start on January 4, 2021 to build a domestic The first e-sports exclusive “VBD” with the e-sports culture as the core and the pan-entertainment industry relying on the ecological culture and community culture as the support-the Central E-sports District. Picture from: Junyuan Architectural Design official website

Just like me. I agree that e-sports is a kind of competition. Its social and economic value is immeasurable. The benefits to society outweigh the disadvantages. But I don’t think it belongs to sports. If e-sports and sports draw the same sign, then it will be very It is difficult for my children to have a clearer understanding of sports activities and e-sports. In the future, when I ask my children to “play more and less video games”, I may be replied “e-sports are all Olympic events, why can’t I play?” , Which indirectly increases the cost of education and is not conducive to the healthy development of children. If another parent sends their children to the e-sports group, they must hold completely opposite views.

In response to this matter, Zhihu user Chen Yuzhan commented like this:

The real contradiction between traditional sports and e-sports does not actually lie in the spirit and concept, but in the power struggle between all the interest groups between the two around “sports control.”

As time progresses, combined with the current situation to analyze, if one day the head of world sports dares to pat his chest and say, “E-sports are all under control,” maybe e-sports can really enter the Olympics.