The Nuggets ran away and investors waited and watched. Many people couldn’t understand it. 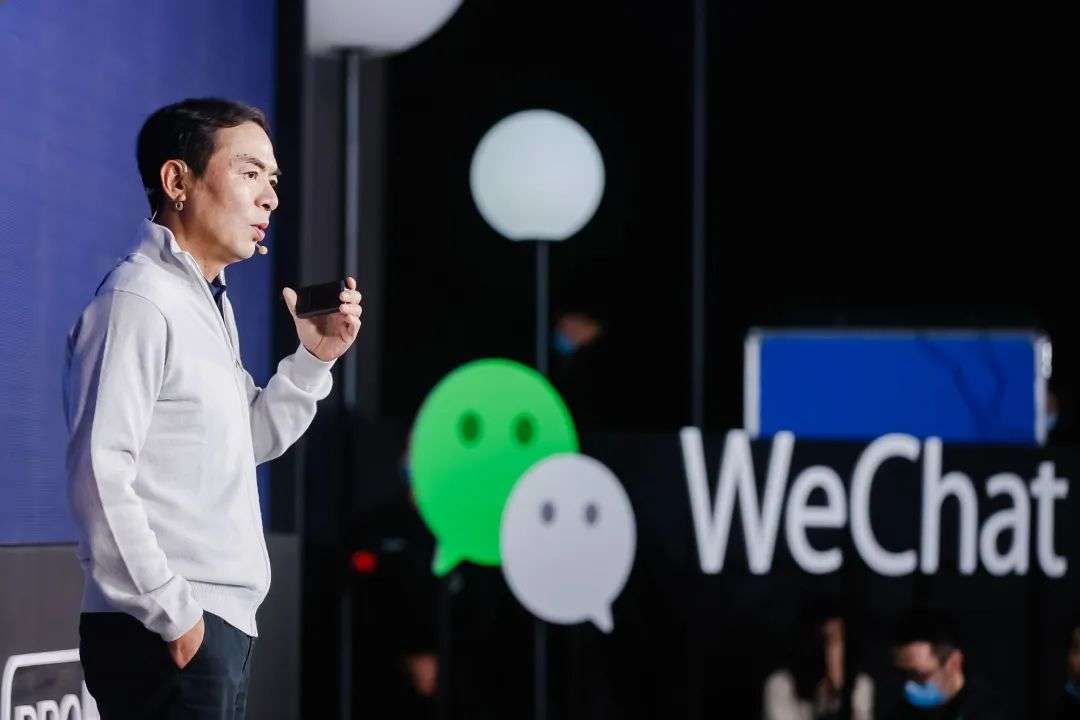 Last year and today, the group of people who make the most money in the whole network collectively heard the news. “WeChat short content” began to come out after a lot of calls, and in the golden position under the “Circle of Friends” on the WeChat discovery page, the “video account” entrance quietly appeared.

There has never been a content platform that has received so much attention since its first day. After the internal test of the video account was opened, creators of the official account, internet celebrity bloggers, KOLs and even MCN organizations collectively ran into the arena. For a while, the judgment that “video account is the biggest outlet in 2020” became a big issue.

In July 2019, Douyin announced a daily activity of 320 million. It took three years for Douyin to achieve this result since the launch of A.me, the predecessor of Douyin in the autumn of 2016. The daily activity of Kuaishou in the first quarter of 2020 was 302 million, and it has been nine years since Kuaishou went online.

The video account has just turned one year old, and it’s still early. 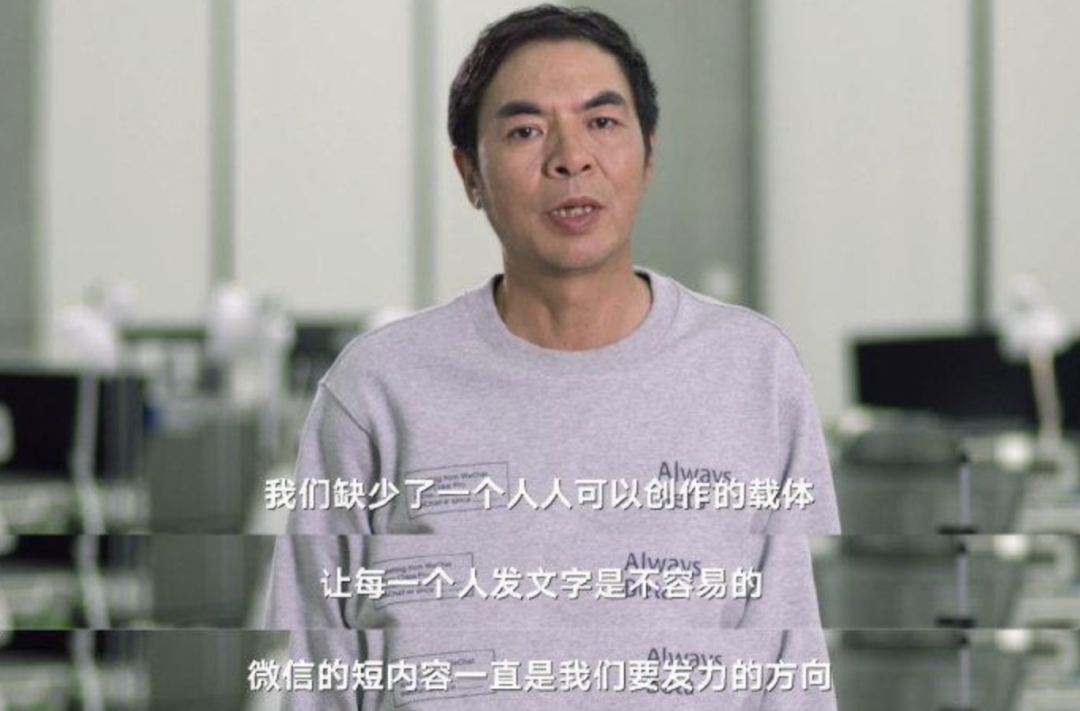 Whose opportunity is it?

Although the video number wants to inspire the willingness of every ordinary person to create, so that every individual can be seen, this does not prevent those with aspirations from becoming a “big fish” in this “big water”.

From the perspective of content creators, Fan Weifeng is considered a zero-based video number. The so-called “zero basis” means that there is no large-scale accumulation in the WeChat ecosystem before the video account, such as the public account fan base and private domain traffic base; at the same time, it is not a master on Douyin, Kuaishou, B station and other platforms. Migrated.

The creators who are “native” like him include “Break Dance Kaikai” for construction site dancing, “Fish Too Free” for animation healing style, “Xiaojiang’s Food Research Institute” for life and food, and “Food Girl’s” “House meal”, emotional “Korean and Korean emotional sharing”, “Changchun Singularity” and so on. 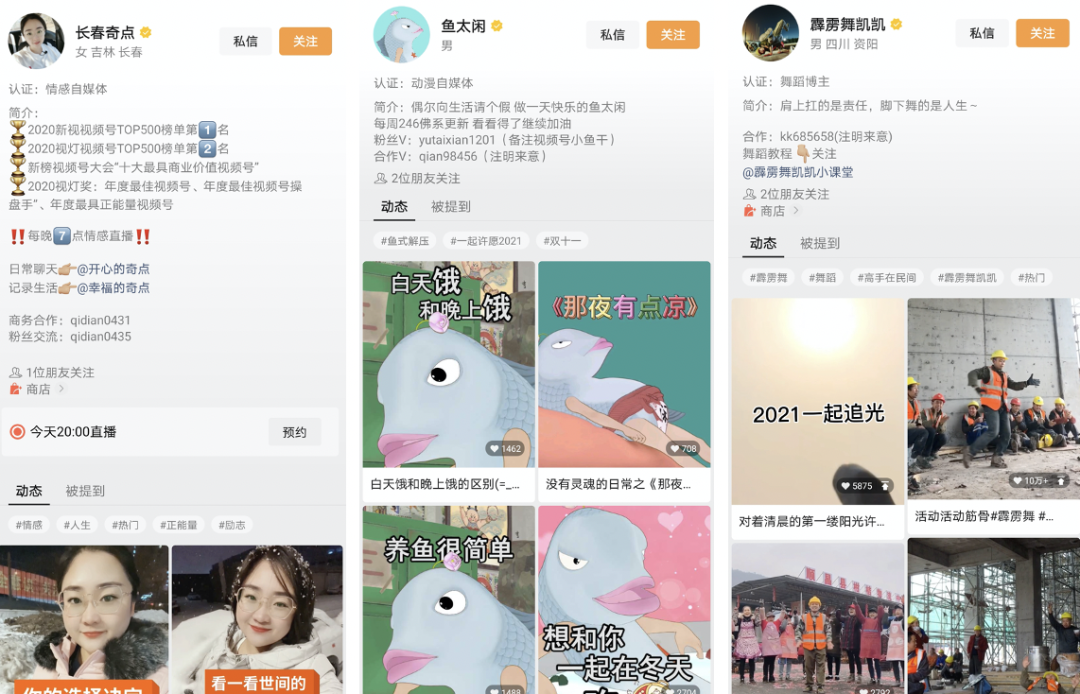 Official account authors, in particular, have experienced the golden age of graphic creation, but as the rise of Douyin has driven content consumption habits to shift from graphic to video, and graphic traffic dividends disappeared, they had to open up a new battlefield for video. The video account is such a long-awaited traffic depression for graphic and text creators. According to the statistics of the new list, 261 accounts of the top 500 official accounts have opened video accounts, accounting for 52%.

This kind of “bring your own traffic” creators are the main force in the supply of video content. Their own private domain traffic makes it easier for them to complete a cold start. The reason for this may be that the video account is still in the very early stage, and its public domain traffic pool needs to be expanded. At present, the daily activity of the video account is 200 to 300 million, and a large part of it is entered through private domain entrances such as circle of friends and communities. Strong binding with WeChat social relationship chain. 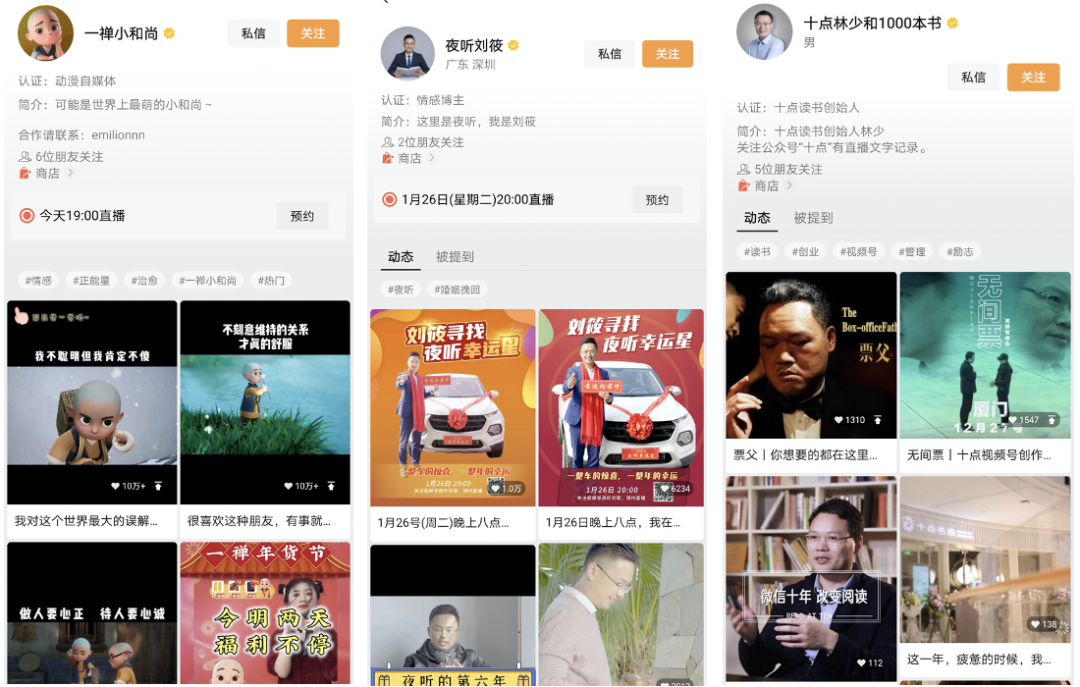 But some people do not agree with this statement. Fan Weifeng mentioned that it is a common misunderstanding that the market believes that video accounts do well today have a public account and IP background. This is a common misunderstanding, just because these people had greater potential and received more media attention. “In the video account, there are just some popular accounts. There was no accumulation before.”

At the same time, he also denied the insufficient public domain traffic of the video account. “If you just click in from the circle of friends and leave after watching, then the stay time is less than one minute. The stay time of its (video number) must be much longer than this.”

There is no doubt that Weibo, WeChat Official Accounts, Station B, Xiaohongshu, Kuaishou, Douyin, every new platform is born, will cause a shift of attention, and create a new batch of opinion leaders, Internet Hongda people bring them huge traffic and considerable wealth. “After Douyin, where can I find a platform that is still in its early stages of growth and has two to three billion daily activities?”

What kind of video number can make money?

The problem is that platform-level opportunities are visible to the naked eye. What kind of content can take a share of this huge new dividend pool?

From the head content, more grassroots and corrective content are indeed more popular on the video account. At the end of November 2020, the new list sorted out the content of 100,000+ likes of video accounts in the past 15 days. The popular content belongs to positive social energy and teaching content such as emotional chicken soup, old song sharing, family filial piety, etc.

The content shared by Tang Lei of our video from the Beijing News on the WeChat Open Class PRO a few days ago also confirmed this point. He mentioned: “Things that are warm and positive on the video account are more popular, and basically you can get a higher amount for each one.”

However, what users love to watch does not mean that they have high commercial value. At present, the commercial prospects of video accounts are still in a completely uncertain stage. An advertising agency told “Shenxiang”: “Currently, customers still have more inquiries and less execution. It may be because you don’t understand how to calculate ROI.”

Investors are on the sidelines like advertisers. Fan Weifeng, the founder of Gao Zhang Capital, one of the institutions that pay the most attention to video numbers in the venture capital market, told Shenxiang that they scanned nearly 10,000 video numbers, but not many people can place bets. The current breakthrough is even greater. Service providers mostly on the supply side and in the ecological chain.

According to the information obtained by “Shenxiang”, there are already funds in contact with “Yu Taixian”, but none of the big funds on the market (such as Sequoia, IDG, etc.) ProducerTake action.

Fortunately, the official video number has given a lot of functional help: 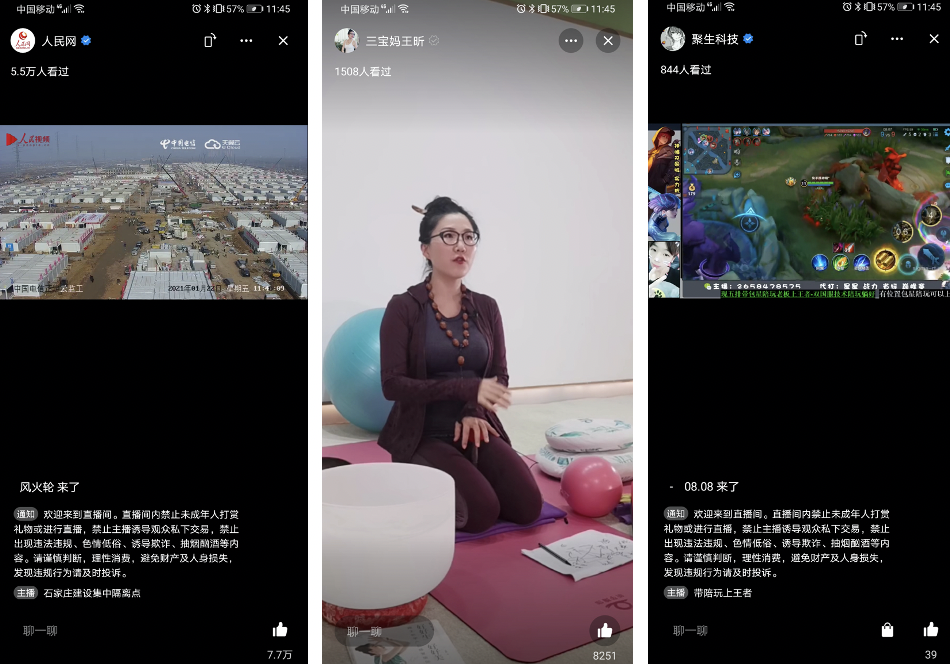 In addition, compared with all types of live streaming platforms, one of the advantages of video accounts is the linkage with WeChat social platforms and trading venues. At present, the private domain operation environment provided by WeChat for merchants is relatively mature. After the video account is connected to the back end of other WeChat products, users can easily enter small shops, small programs, and business enterprise accounts from the video account for consultation, and then directly For transactions and payments in the WeChat ecosystem, the entire link is very smooth and can satisfy users to extend the decision-making time. 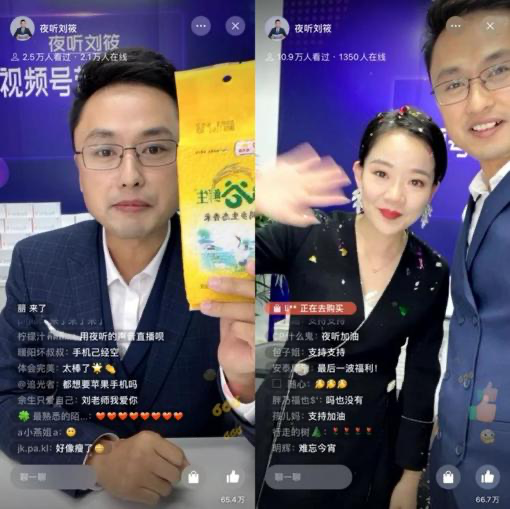 For brand merchants and micro-businesses, the video account is above all such a “tool” that can improve conversion efficiency.

“Private Domain Manager Xiao” Xiao Yiqun told “Shenxiang” that the help provided by the video account is more in the monetization process, and the video account live broadcast is a better way to monetize existing fans, and can even increase the value of fans by 10 times .

“Our original private domain traffic is a more accurate audience accumulated by our course products. Using video numbers to convert sales can further tap the value of the original traffic.”

A first-line fund investor who is watching the ecology of the video account told Shenxiang that the content style and audience of the video account are very suitable for the promotion of educational products, and many related entrepreneurial projects are in progress. There are entrepreneurial projects for workplace education through “Enterprise WeChat” + “Video Account”. The content can include learning how to speak, how to improve writing skills, how to do PPT, and so on. 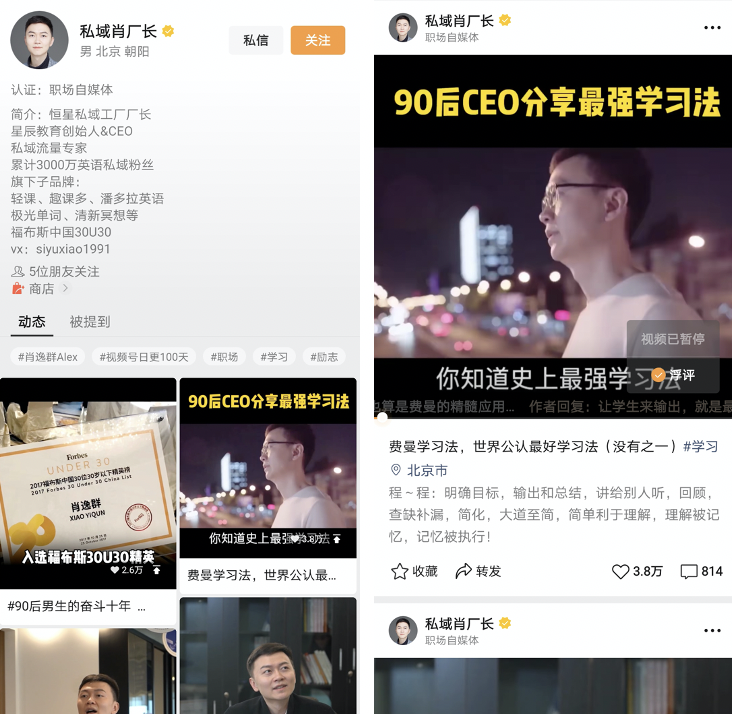 Of course, in addition to monetization methods such as bringing goods, selling lessons, and rewards for the C side, the video account also gives birth to some B-side opportunities, such as agency operations, SaaS service providers, data analysis agencies, and so on. All the business models that have been successfully practiced on Douyin also have certain opportunities in the video account scene. 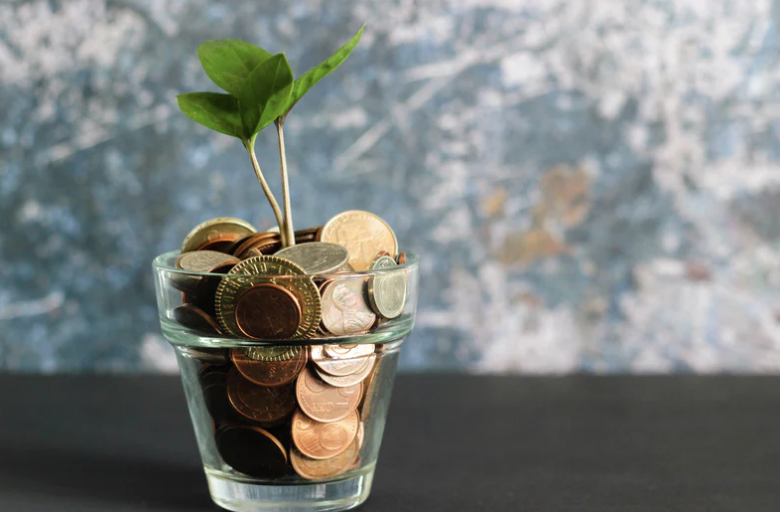 The video number is actually quite unfortunate. Few products can enjoy such a high light at the time of birth, which has attracted much attention, but it is also shocking.

Above the water surface, the video number was once misunderstood as the last blow of Tencent’s short video attack on Bytedance, so it was burdened with too much speculation, joking, and incomprehension; under the water surface, based on the high starting point of the WeChat ecology As soon as the video account opened the gate, it attracted a wave of the most profitable people on the entire network, those who wanted to harvest, rely on transportation, and scrape the ball. The establishment of a native content ecosystem was extremely difficult.

If you just use the “video content platform” to interpret the video number, it would be too small for Tencent’s ambitions. WeChat’s definition of a video account is: a platform where everyone can record and create.A window to understand others and the world. In this week’s WeChat open class, Zhang Xiaolong revealed that his plan for the video account is that it will become the “official website of every organization”, that it will become a platform that does not differentiate between long and short videos, and that it will become a channel for everyone to express. Rather than only the performances of Internet celebrities and big V.

Such a top-level design is too great and unique for people who are trying to make money on the video account. If you want to simply apply the money-making tricks on the Douyin Kuaishou station B, it is difficult to find in this special dense forest. Way out.

With regard to the video number, there are still many questions to be answered, such as the time when everyone can create? What if the psychological threshold for making videos on the fly is lowered? If the ideal consumption ratio of follow, friend recommendation, and machine recommendation is 1:2:10, does this mean that the content of Nipple Music is big? How to further connect the video account with other links in the WeChat ecosystem?

But what is certain is that this will be a fertile soil with many opportunities. If you wait for the opportunity to be confirmed before entering, I am afraid it will be too late.