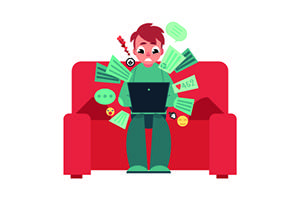 During pregnancy, the mouth will become more sloppy, so the requirements for diet have been improved, but the diet during pregnancy must not be the same as before, it is spicy and cold Yes, food with warm sex is the best choice at this time. Rock Sugar Sydney is an example, but there are many prospective fathers who don’t know how to make Rock Sugar Sydney, so let’s take a look at the practice of Rock Sugar Sydney.

1. After washing the Sydney pear, remove the skin, and then cut off the top of the pear. Don’t throw it away, because it will be used as a lid later, and the core inside the pear will be removed with a knife. , Empty the inside of the rock sugar Sydney, then add a little rock sugar, and then cover the top of the previously cut Sydney pears. After arrangement, put the Sydney pears in a deep bowl, and then steam them for one to two hours. Completely softened, a rock candy Sydney, a favorite of pregnant women, came.

2. Wash the Sydney pears and cut them into slices, put them in a pot, add a certain amount of rock sugar, and steam for about 30 minutes. Pour the pear juice after steaming Put a slice of lemon in a cup for a period of time. The combination of the two is more effective, which is good for pregnant women’s body and also good for fetal development.

3. Matching almonds and lean meat can also make rock sugar Sydney a higher grade. At this time, you need to boil water first, then put the lean meat in the pot and cook it. Afterwards, remove the pear and cut into pieces. The pear does not need to be peeled. Wait for the water to boil. Then add almonds, pear, and lean meat in sequence. Then cover the lid and simmer for three hours. Wait for the finished product to be given to pregnant women.