Domestic mobile phones have become the top four for Huawei, Xiaomi, OPPO and vivo, and there are few opportunities for other players.

Editor’s note: This article is from WeChat public account “Industry Fengyunhui” (ID: Yejiefengyun), the author is on fire.

The road to expansion of today’s headlines seems to have never stopped.

August 12th news, Zhu Haizhou, product manager of Hammer Technology Weibo said: “Because the new machine is not allowed to bring out the company, the big motivation to urge me to go to work every day is to reunite with the big baby.” It can be seen that the hammer is testing the new phone.

However, the mobile phone brand nut of Hammer Technology has become the product of the water test hardware of the new owner’s byte beating (today’s head parent company) in January this year.

The hammer technology led by Luo Yonghao has not been successful after many years of hard work. Why does the memory hop that Zhang Yiming founded to test the mobile phone, what is the business logic behind it? What anxiety are you facing?

Why do you have a soft spot for mobile phones?

On July 28th, a Weibo user asked, when will the hammer come out? Subsequently, the official microblog of the nut phone replied that there will be a new machine launch this year.

It seems that the byte jump is going to be launched, and it is very likely that it is a new nut phone. Of course, today’s headline to do mobile phones is also their own abacus.

First of all, the phone is just needed. Smartphones are undoubtedly the main sales force of hardware devices, especially in the era of mobile Internet, almost one hand mobile phone, and some users even use 2-3 mobile phones at the same time. Moreover, most consumers usually change their mobile phones every two years or so, while meeting the demand and high-frequency product attributes.

Compared with electronic products such as computers and smart watches, mobile phones have wider users and greater demand. This has led to the layout of both mobile phone manufacturers and other players. For example, Internet companies such as LeTV and Google also want to share a piece of the mobile phone industry, but they have not done the hardware genes, and finally ended in failure.

Although there are no hardware genes in today’s headlines, I also want to be eager to try. For bytebeat, if it succeeds, it will become a hero of the times, and it will bring more possibilities, even if the success rate is not high in the current competitive environment. If it fails, there is nothing wrong with it. After all, mobile phones are already in the stock market, and there is no obvious core in the mobile phone field.Competitiveness.

Secondly, today’s headline acquisition and acquisition of Hammer Technology is involved in the mobile phone business, first do a good job of mobile phones, and then back the content ecology through hardware. Like Xiaomi, the mobile phone product brings many users and then purchases its eco-chain products. This business model will bring a certain amount of feedback to Xiaomi.

However, compared to Xiaomi, today’s headline is the real Internet company, and hopes to drive the mobile phone business through Internet users.

Today, the mobile Internet dividend has decreased, and today’s headlines are also facing difficulties in getting users, so they become anxious. For bytebeat, if the mobile phone service can be done, each mobile phone can be installed with the headline app when it leaves the factory, which is beneficial to acquire more new users. It’s just that this step has just begun, and the road will be full of thorns. Finally, continue to expand your business boundaries. Whether it is today’s headlines, or short video apps such as vibrato, watermelon, volcano, etc., all are bytebeats in expanding their product matrix.

At the business level, bytebeats are constantly trying and expanding in the fields of education, finance, short video, search, etc., in order to expand their content ecology and thus better commercialization. If these content ecosystems can be combined with hardware products such as mobile phones, the imagination is very large.

Just at present, domestic mobile phones have become the top four for Huawei, Xiaomi, OPPO and vivo, and there are few opportunities for other players.

Today’s headlines want to make your own mobile phone, obviously not easy. Before Google had a huge acquisition of Motorola, it was cut into the mobile phone business, and finally ended in failure. Today, today’s headline acquisition era of abandoned hammer technology, it is inevitable that it may re-take the old path of Google.

After the enemy’s backing

On August 12th, it was announced that the completion of the F round of financing, the total amount of 434 million US dollars, investors including Baidu, fast, Tencent, etc., which is the largest financing to date.

It is obvious that Baidu and the fast-handed joint investment know that it is because all three have a common enemy – today’s headlines. After the cooperation of the three, they can play their respective advantages and form complementary, which is conducive to combating bytebeat.

In essence, Baidu, fast-handed, and the alliance of the three are just directly against the byte-beating products: today’s headlines, vibrato, and Goku Q&A.

Today’s headlines for Baidu. Baidu has been established since January 2000. It has been 19 years old. It is a superstar in the PC Internet era, only when it is on the mobile Internet.Generation transformation seems sluggish. Today’s headline was created in March 2012. It has only been 7 years since its development. It has already become a small giant in the mobile Internet era, and may even exceed Baidu in market value. From the perspective of development speed, today’s headlines are obviously higher than Baidu.

In the past two years, today’s headline information flow advertisement has caused a big impact on Baidu and became one of Baidu’s rivals. In particular, on July 31, the Bytes Bounce Search Department released recruitment information, which strengthened its determination to do search and will undoubtedly become Baidu’s most direct competitor.

Because the development of headline ecosystem products is fast, Baidu itself is difficult to contain, so we choose to cooperate with fast-handed investors to know and compete with today’s headline eco-products. Of course, in order to better suppress today’s headlines, curb its impact on Baidu search and advertising business.

Shake to fast hand. A short video product officially launched in 2013, which has captured the dividends of the lower layers of mobile Internet users, has achieved rapid development during the second half of 2015 to the first half of 2017, and users have risen from 100 million to more than 500 million.

The vibrato was only launched in September 2016, far behind the fast. However, on the one hand, the vibrato is based on today’s headline technology distribution advantages and user accumulation. On the other hand, through the different ways of playing with the fast hand, first start from one or two cities, then attack the sinking market, and form a positive competition with the fast hand. 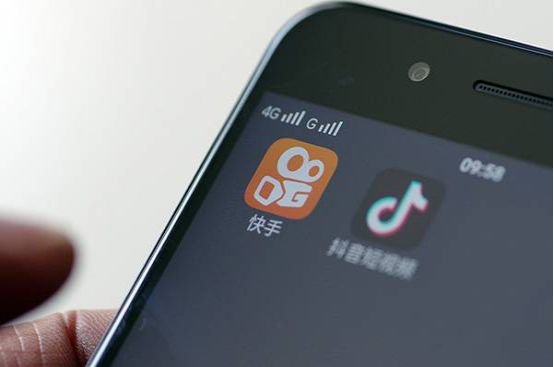 In particular, since 2018, the vibrato has developed rapidly. Strength and quick hands are not in the same league. Because the vibrato and the headlines have already been opened, they can be mutually diverted and even more likely to surpass the fast. Nowadays, after the quick investment and Baidu jointly invest in knowing, the fast hand can also cooperate with Baidu, and use Baidu’s huge search engine user advantage to guide it.

Although it was known that it was established much earlier than the Goku question and answer, even before today’s headlines, its strength is far from the current headlines. Due to the company’s development and profitability pressure, it is necessary to seek partners and financial support. So coincide with the fast hand and Baidu, to achieve a strategic alliance.

In addition, the main opponent of bytebeat is Tencent. It’s just that the headline is hard to beat Tencent. It’s hard for Tencent to cause a fatal blow to the headline in a short period of time. It’s more of a defensive strategy. One partyTencent Inc. hatched micro-vision and other short video products; on the other hand, the competitors who invested in today’s headlines quickly became aware of it and curbed its development.

Overview of the development of bytebeat, most of the products that are hatched by the company are based on the existing APPs on the market, and then do a similar product, compete with the opponents, and grab the opponent’s job. However, this will create many enemies. If there is no core competitiveness, it will be difficult to achieve real success.

The facts also prove that although the byte hopping has hatched many products, the only ones that are truly successful are today’s headlines and vibrato, and they are also facing direct pressure from Baidu and Tencent.

As 5G officially entered the commercial era, the three major operators began to pilot 5G base stations nationwide, and major mobile phone manufacturers have released 5G mobile phones. It is expected that 5G mobile phones will become popular next year.

The biggest change in 5G is that the network speed is greatly improved and the efficiency is greatly improved. For example, if a movie is downloaded over a 4G network, it takes ten minutes, and 5G may take only a few seconds to complete. 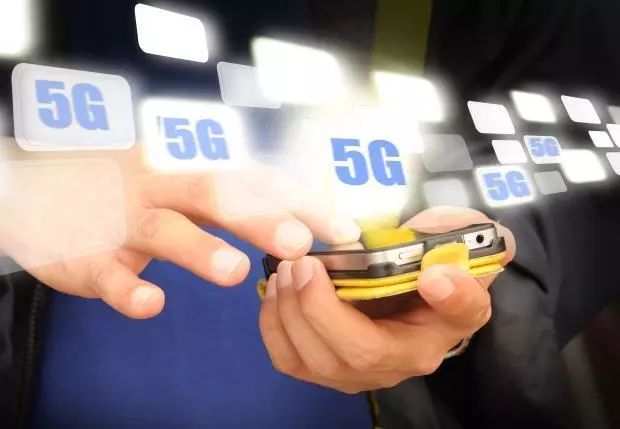 Today’s headlines originally captured the opportunity in the 4G era. Stand out from the crowd and naturally don’t want to miss the 5G opportunity. Today’s headline test mobile phone, or just the beginning of layout hardware, its real purpose may be to do 5G mobile phones, intelligent hardware products, to meet the era of all things connected.

Moreover, after the popularity of 5G mobile phones, short video, search, etc. will increase with the increase of network speed.

It is only today’s headlines that through the integration of mobile phones, hardware products and their own content, forming a closed loop of “soft and hard” ecological chain, there is still a long way to go. And there will be enemies everywhere, and the chances of success are small.

Of course, if the whole road passes, today’s headlines will become stronger and stronger, becoming the strong force of the new era of 5G. Building a very high moat, even directly with Tencent, Ali, is the darling of the times, the darling of the people.

The end of time will prove everything.