Acquisition of Baidu’s former executives to start the company

The public relations company Xuan Ya International (300612.SZ) caused concern last time. Shortly after its listing, the live broadcast platform was intended to be listed in a disguised form through a well-designed solution. After the failure of the 2017 transaction, Xuanya International’s share price has fallen more than 50% from its high point, with a market value of around 3 billion yuan.

Recently, Xuan Ya International entered the public opinion line again because of the acquisition and restructuring.

Xuanya International announced on Tuesday that it intends to acquire 94% equity of Internet Marketing Services Company Zhiwei Technology through the issuance of shares, convertible bonds and cash purchases, with a total valuation of 728 million yuan and an acquisition consideration of 684 million yuan. 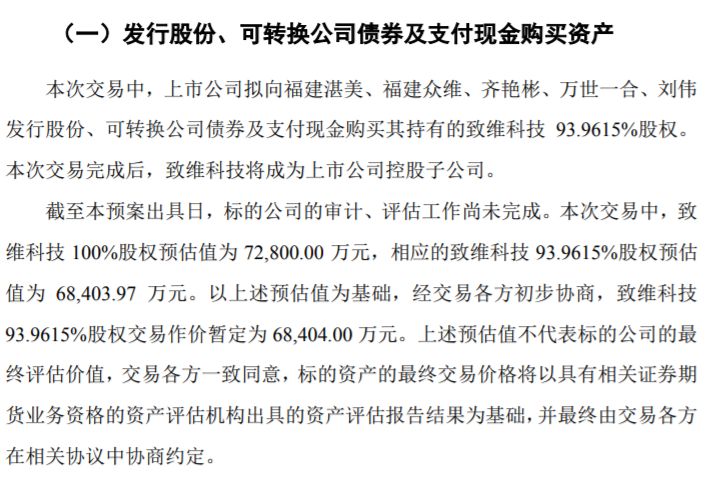 The motivation for Xuan Ya International to reverse its performance through mergers and acquisitions is very obvious.

The year of the launch of Xuanya International in 2017, the revenue was 500 million and the net profit was about 75 million. Just one year later, Xuan Ya International’s performance quickly changed. In 2018, revenue fell by nearly 30%, and net profit fell by more than 70%. In the first half of 2019, it began to lose money.

Xuanya International’s decline in performance was attributed to the budget cuts of major customers such as automobiles and the Internet. In response to market changes, Xuanya International has also carried out large-scale layoffs in the past year. In 2018, the total number of employees of Xuan Ya International was 257, compared with 369 in 2017, layoffsThe amplitude is over 30%.

Xuanya International currently has only 140 million in cash, but the cash consideration is about 250 million.

The acquisition of Xuan Ya International is full of doubts. 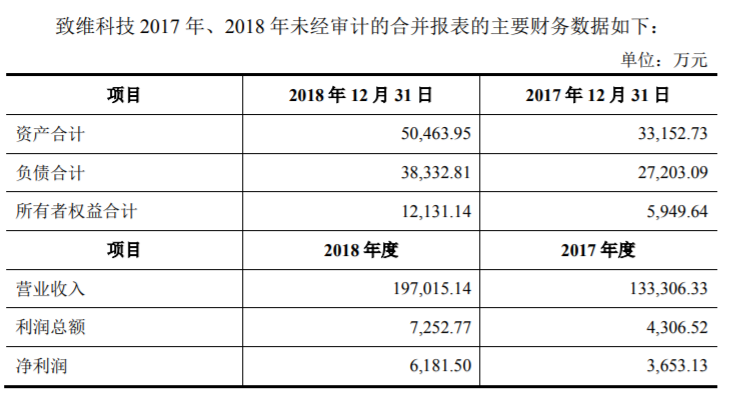 Dafu Finance noticed that the shareholders of Zhiwei Technology, in addition to Xuanya International, were natural person shareholders Qi Yanbin and Liu Wei, as well as Fujian Zhanmei, Fujian Zhongwei, Wanshiyihe and Tianjin Lanying. The latter four legal person shareholders are all limited partnerships. After the equity penetration, Liu Wei directly and indirectly held 76.24% equity, which is the actual controller of Zhiwei Technology.

Liu Wei has worked in Baidu for many years. He has served as Baidu search engine marketing department, major customer sales department, marketing consulting department, general manager of glutinous rice products and user operations, and left Baidu in 2016. However, Zhiwei Technology has close business ties with Baidu and is still the core agent of Baidu SEM (Search Engine Marketing).

The performance commitments of this transaction are also questionable. As a concerted action, Fujian Zhanmei, Fujian Zhongwei and Liu Wei promised to achieve a net profit of not less than 5 in 2019, 2020 and 2021 respectively.