The first cloud provider to run two-phase immersion cooling in a production environment. 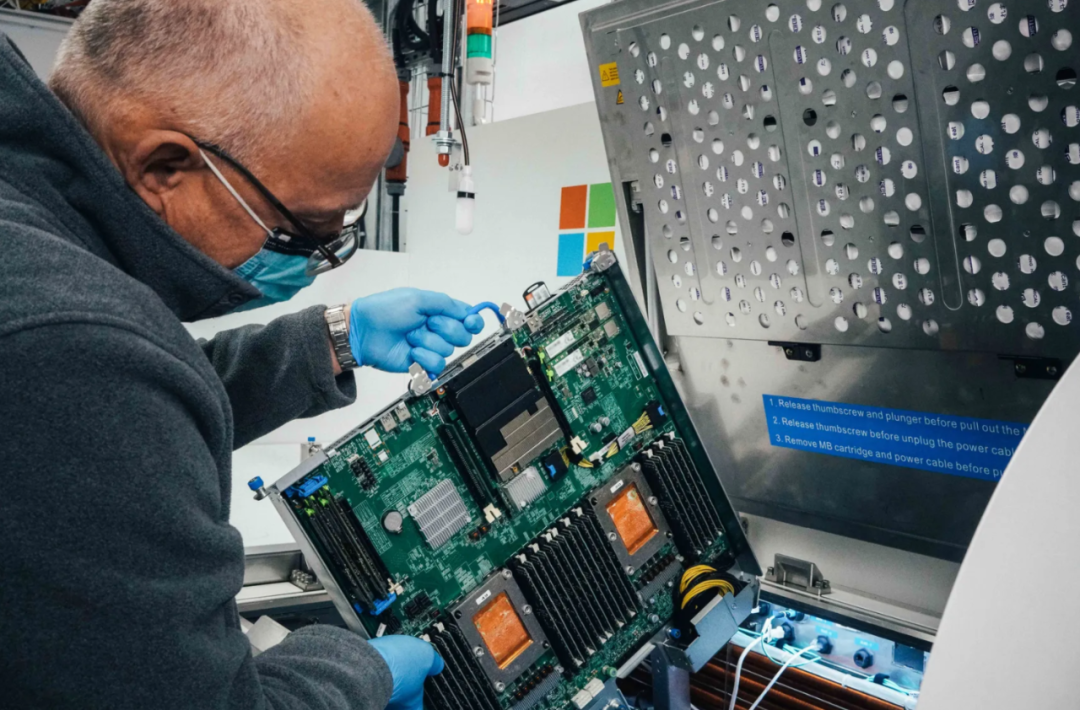 Therefore, many data centers are doing their best to explore possible energy-saving and efficiency-improving solutions. As a global energy-consuming consumer of cloud and computing, Microsoft has been sparing no effort to explore feasible solutions in recent years, such as the establishment of “Underwater Data Center” in 2018.

Recently, Microsoft has publicly announced that it will immerse its servers in a “bathtub” to improve its performance and energy efficiency.

Yes, you heard that right. Microsoft has built a batch of “sofa tanks” for servers, immersing highly efficient servers in them, and cooling them down through the boiling effect. At first glance, it really looks like putting the server in a jacuzzi ????

However, the liquid used to soak the server is not common water. It is a special liquid that is harmless to electronic devices. Its boiling point is much lower than water, at 122 degrees Fahrenheit (50 degrees Celsius).

The heat generated by the server can easily boil these liquids, and the boiling effect will take the heat away from the computer processor. This low-temperature boiling allows the server to run continuously at full power without overheating and causing malfunctions.

In the storage tank, the steam rising from the boiling fluid comes into contact with the cooling condenser in the tank cover, which causes the steam to become liquid, and the “rainwater” returns to the immersed server to form A closed-loop cooling system is created, because no energy is needed to move the liquid around the tank, and no condenser or cooler is needed, thereby reducing costs.

Christian Belady, vice president of Microsoft’s data center senior development team, explained in an interview with The Verge: “This is actually a bathtub for the server.” “The rack lies in the bathtub, and the boiling water is like boiling in a pot. Same.”

This immersive process has existed in the industry for several years. In recent years, cryptocurrency mining often uses this type of liquid cooling to mine Bitcoin and other cryptocurrencies. This approach has inspired Microsoft to test its use in the past few years to withstand the surge in cloud demand and the intensive workload of applications such as machine learning.

Microsoft claims that it is “the first cloud provider to run two-phase immersion cooling in a production environment.” 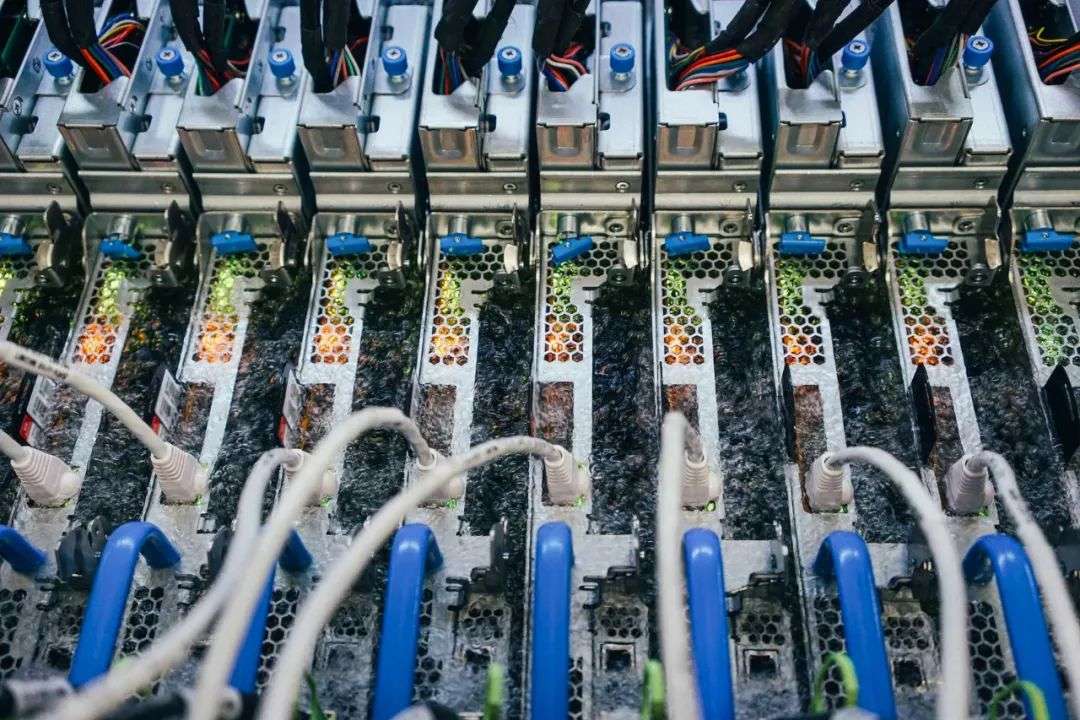 Boiling liquid surrounds the servers in the Microsoft data center

Currently, most data centers are air-cooled: use outside air and cool it down to below 35 degrees Celsius by evaporation.

This method consumes a lot of water, and the newly developed “liquid bath” technology aims to reduce water consumption. Belady said: “It has the potential to eliminate the need for water in the data center, so for us, this is indeed an important thing.”

This server bucket also allows Microsoft to pack hardware closer together. Compared with traditional air cooling, this approach should reduce the amount of space required in the long run.

Microsoft initially tried it with a small internal production workload and plans to use it more widely in the future. Belady said: “It is located in a small data center, and we are looking for the value of a rack.” “We have an overall phased approach, and there will be multiple racks in the next phase.”

Microsoft will mainly study the reliability implications of this new cooling and what types of sudden workloads it can provide for cloud and AI needs. “We want more reliability. A few years ago, IOur collaboration with Project Natick really proves the importance of removing moisture and oxygen from the environment. “Belady explained.

Belady pointed out that liquid cooling is an effective technology. Today, most cars on the road rely on it to prevent the engine from overheating. Several technology companies, including Microsoft, are experimenting with cold plate technology, which cools the server by conveying liquid through a metal plate to the server.

Participants in the cryptocurrency industry pioneered the use of liquid immersion cooling for computing devices, using it to cool chips that record digital currency transactions.

Microsoft investigated liquid immersion as a cooling solution for high-performance computing applications such as AI. Among other things, surveys show that this type of immersion cooling can reduce the power consumption of any given server by 5% to 15%.

These findings prompted the Microsoft team to work with data center IT system manufacturer and designer Wiwynn to develop a two-phase immersion cooling solution. The first solution is now running in the Microsoft data center in Quincy.

For example, software that manages cloud resources can allocate sudden spikes in data center computing demand to servers in liquid-cooled storage tanks. This is because these servers can run at higher power without the risk of overheating.

“For example, at 1 or 2 in the afternoon, it is a meeting peak,” Fontoura said. “Immersive cooling provides us with greater flexibility to handle these sudden workloads.” 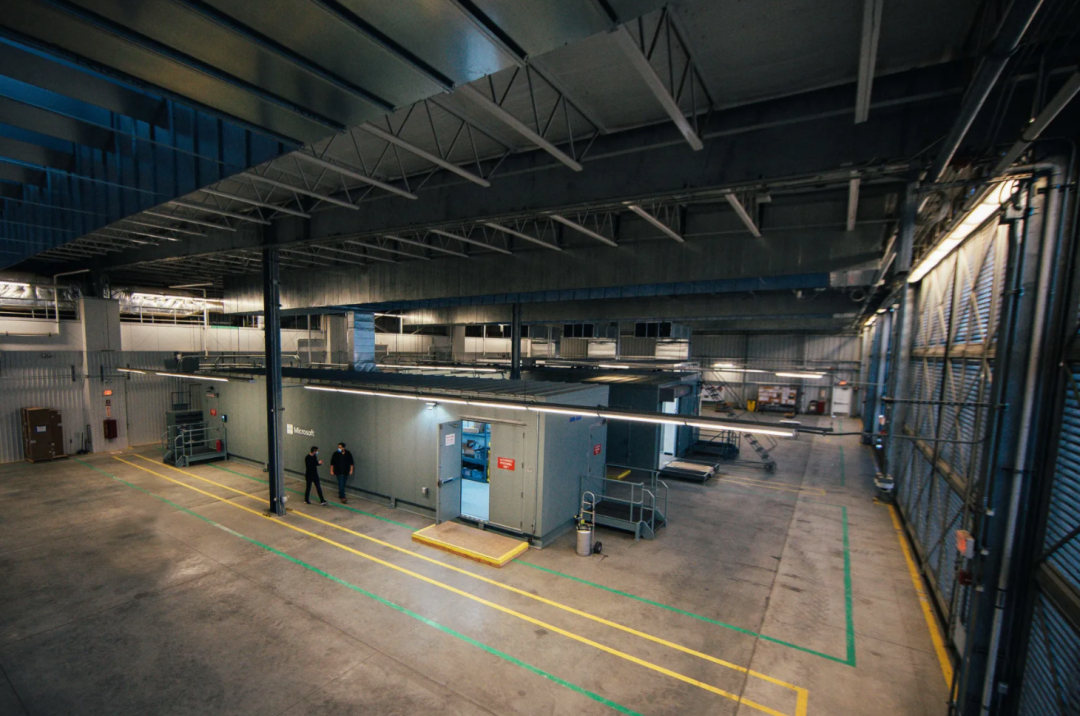 Actually, Microsoft had the idea of ​​exploring underwater servers as early as 2014.

At a ThinkWeek “brain storm” conference at Microsoft in 2014, someone put forward this ideaLaw, the original intention of the idea is to provide faster cloud services for coastal users and save energy as much as possible.

This idea was recognized by Microsoft, and experiments began in 2015. In 2015, Microsoft conducted a 105-day experiment in a data center along the coast of California to verify whether these computers can survive the water. 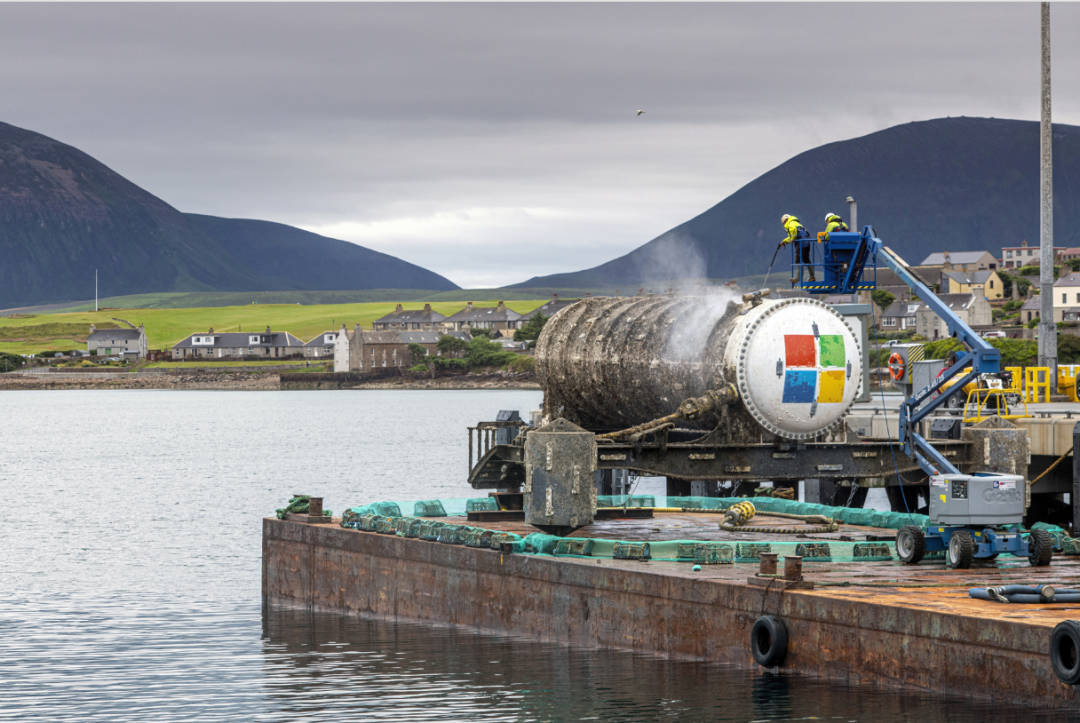 In the second round of experiments that followed, Microsoft sent its first underwater data center to the seabed near the Orkney Islands in Scotland.

This data center contains 864 servers and 27.6 PB of storage equipment, and stays underwater for two years.

After two years of testing, Microsoft confirmed that underwater data centers are indeed reliable and much stronger than land-based data centers.

In the future, the Project Natick team hopes that the underwater data center can replace the server every five years, and the server can be easily deleted and recycled.

Part of this work is also related to Microsoft’s environmental commitment to address water shortages. Microsoft promises that by 2030, the amount of supplemental water will exceed the amount of water used by its global operations. This includes Microsoft’s use of on-site rainwater collection systems in its offices, as well as collecting condensate from air conditioners to water plants. Microsoft used nearly 8 million cubic meters of water from municipal systems and other local water sources in 2019. In 2018, this figure was 7 million cubic meters.

In view of the increasing trend of its water consumption, Microsoft’s work to solve its water consumption will be extremely challenging, but if it is more widely used, a two-phase immersion project will undoubtedly help. “Our goal is to reduce the amount of water used to zero,” the person concerned said. “This is our indicator, so this is the direction we are working on.”