Are you also a fruit lover?

An advertising slogan in the tea drinking industry successfully took the niche fruit oil mandarin to the throne of the new Internet celebrity fruit. This kind of fruit from Chaoshan has a bitter and sweet taste, just like five people, carrying the artistic and mysterious atmosphere unique to the south. For a while, everyone seems to start asking, “Is it delicious?” 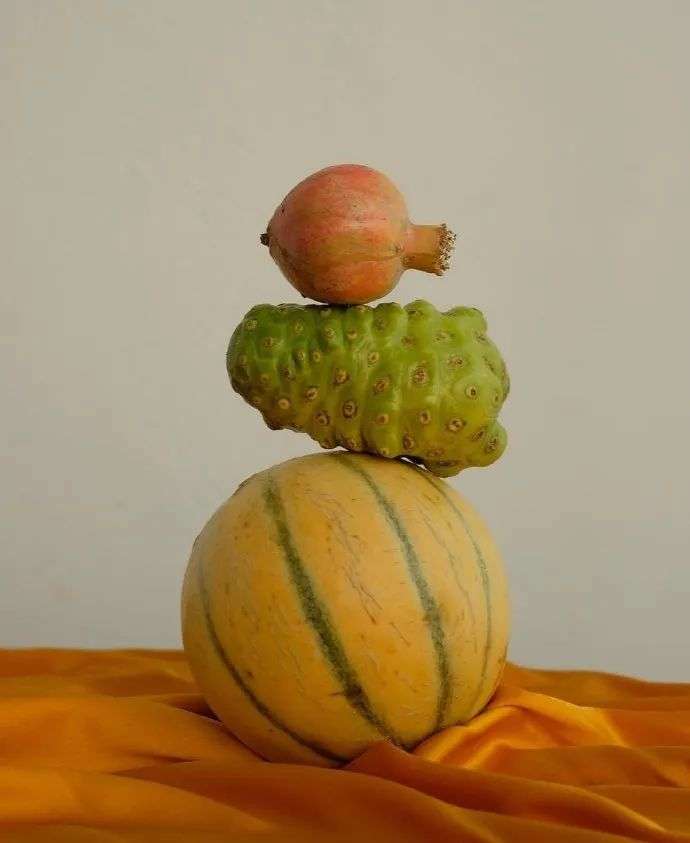 But in fact, this is not the first fruit that a tea brand has become popular. Before oil oranges, cherries, white peaches and mangoes were all symbols of “fruit freedom”. It’s just that the public’s demand for the niche is always getting more and more demanding, and the fashion is always changing and changing.

Not only that, in the fruit industry, all kinds of weird names are not lost to humans, one is louder than the other: Mangosteen is the “Queen of Fruits”, Apple is the “King of Fruits”, and Blueberries are the “King of American Fruits” “The durian is the “tropical fruit king”, the avocado is the “green gold”…there are kings everywhere, short and brilliant. Andy Warhol said that everyone in contemporary society can be famous for 15 minutes. In this regard, fruits are much better than people, and they can be popular for 15 months. 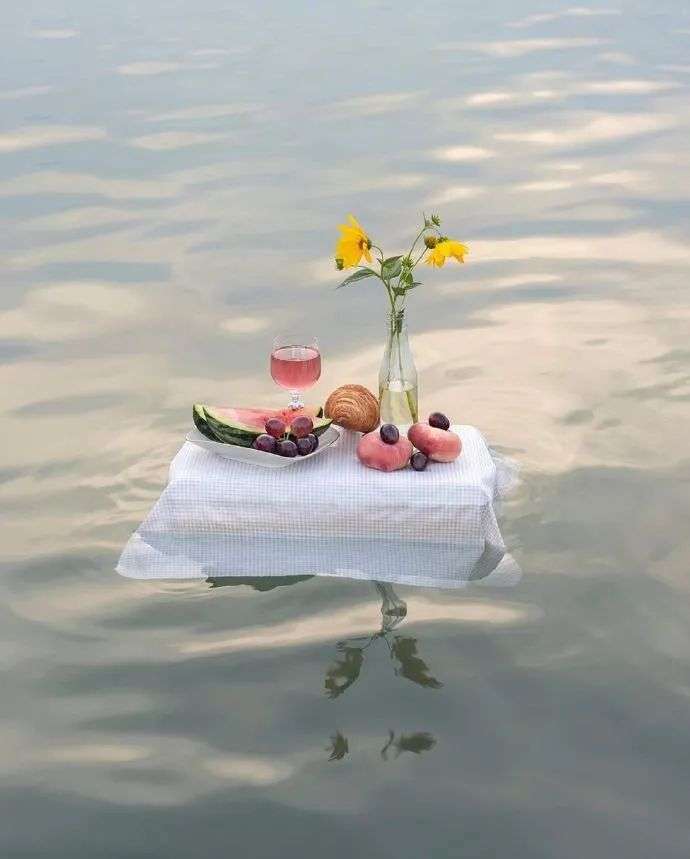 Before talking about economic fundamentals, let us start with the aesthetic meaning of fruit, which is the “superstructure”.

As an aesthetic element, fruit is probably the nightmare of every person who just learns to paint oil painting. Before the concept of internet celebrity fruit, bananas had become the favorite fruit of artists. While students of traditional painting art were still tracing the static banana like a practice, contemporary art pioneer Andy Warhol had already made a name for himself with a pop copy of a photo-yes, that’s the famous one. “Andy’s Banana”. 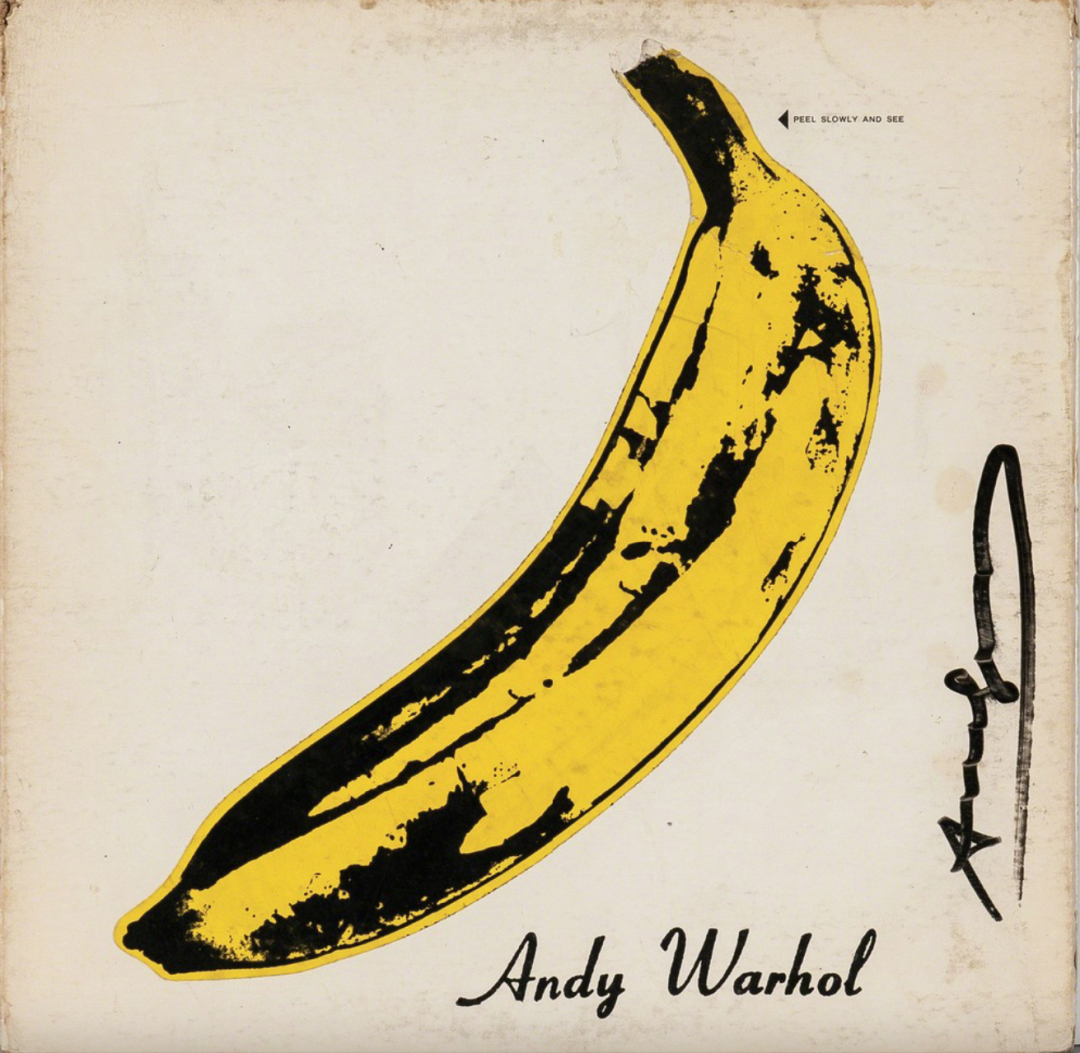 ©️ The Velvet Underground and Nico, 1967

I have to admit that the banana that Warhol chose is too photogenic. The right spot distribution, natural and beautiful arc, and full and full shape, yellow and black colors, are hard to forget.

This art world’s muse-level fruit has also entered the music industry: When Andy helped the famous Velvet Underground band design the album cover, this famous banana was printed on the latter’s 1967 album “The Velvet Underground” & Nico” on the cover.

In an age of hippies that advocated sexual freedom and liberation, a well-known banana became a prominent metaphor and was active in the feminist and gay rights movement. Andy Warhol uses bananas extensively in his Polaroid photographs, and artists of the same period such as Sara Lucas are no exception. Even today, there are artists who continue to use bananas to create, as is the case with Maurizio Cattelan’s installation art work “Comedian”. 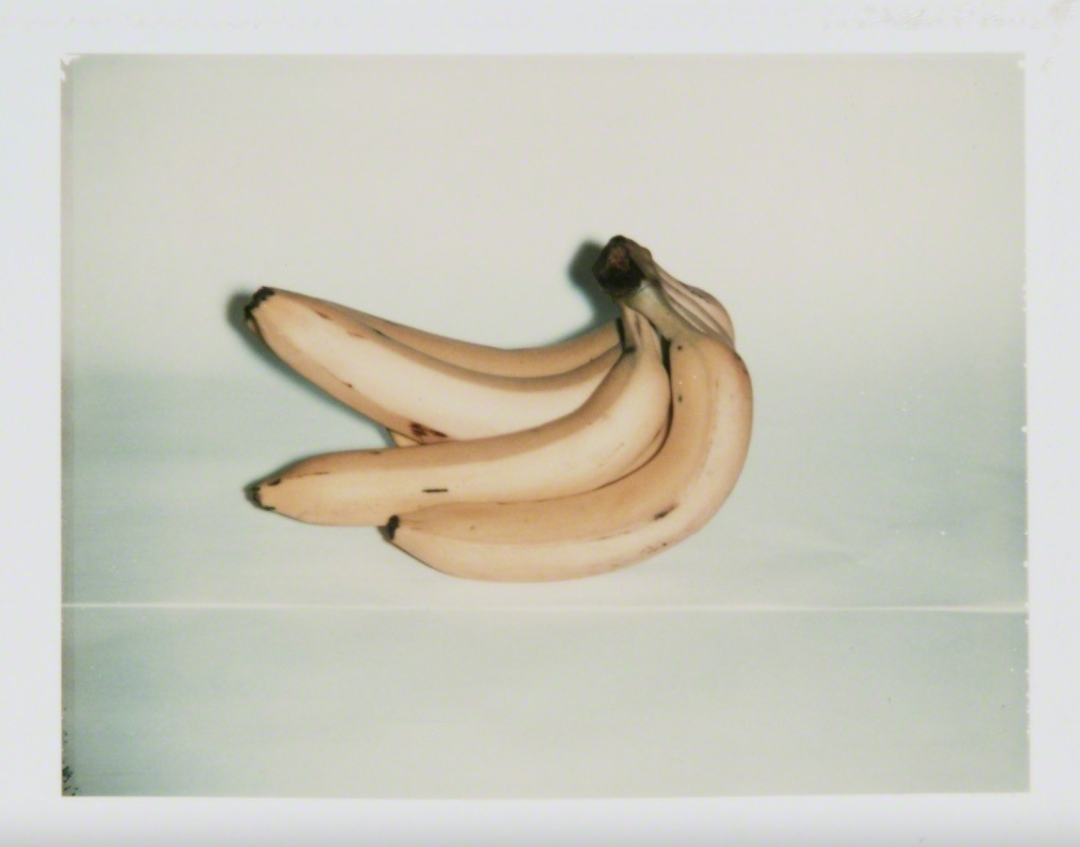 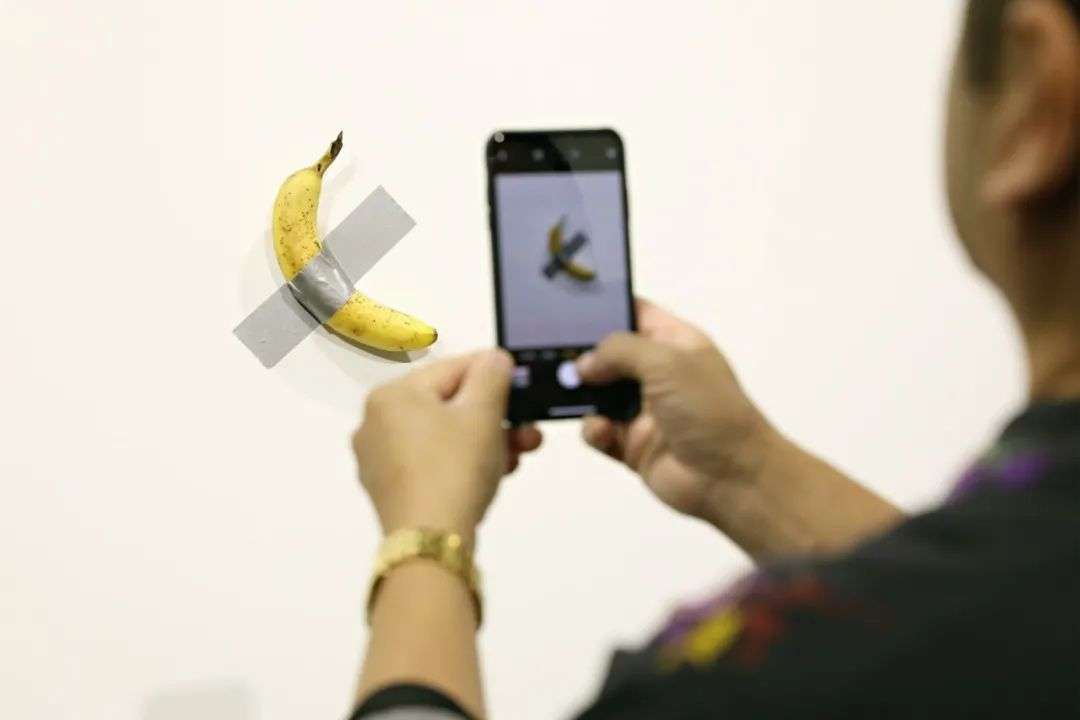 Always using bananas is meaningless, so humans start to pull other vegetables into the water again-the emoji combination of eggplant + water droplets has already constituted the unified copywriting of Twitter. However, this also explains the inherent advantages of fruit in sexual metaphors in disguise: it is beautiful, interesting, and juicy enough. 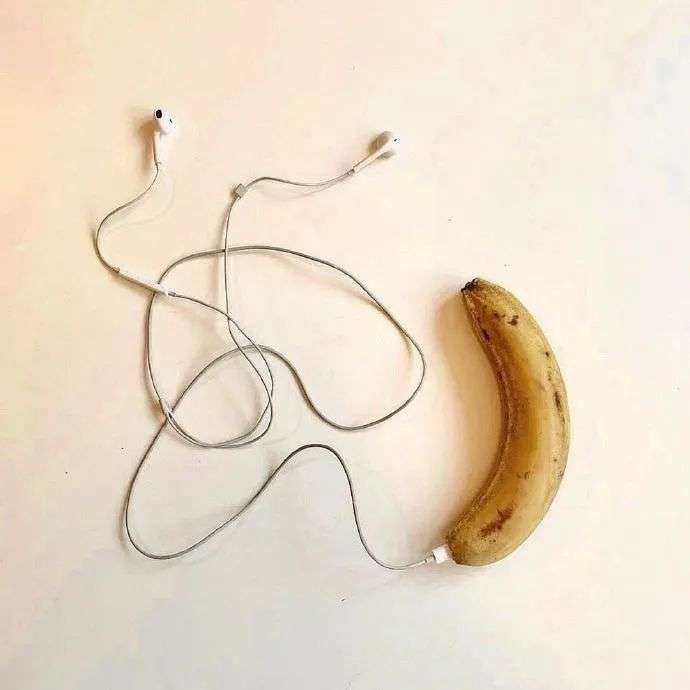 From a botanical perspective, fruit is the swollen seed coat after flower pollination (plant reproduction). It has become juicy, fleshy and sweet through human agricultural domestication, and it does have natural sexual tension. The peach play in “Please call me by your name” coincides with the peach emoji in the Instagram photo copy. In the works of the late photography artist Ren Hang, the bright red watermelon flesh constitutes a strong provocation to the senses—yes, sexual metaphors are not limited to pillars. Sexual liberation is everywhere and can be expressed by various fruits. 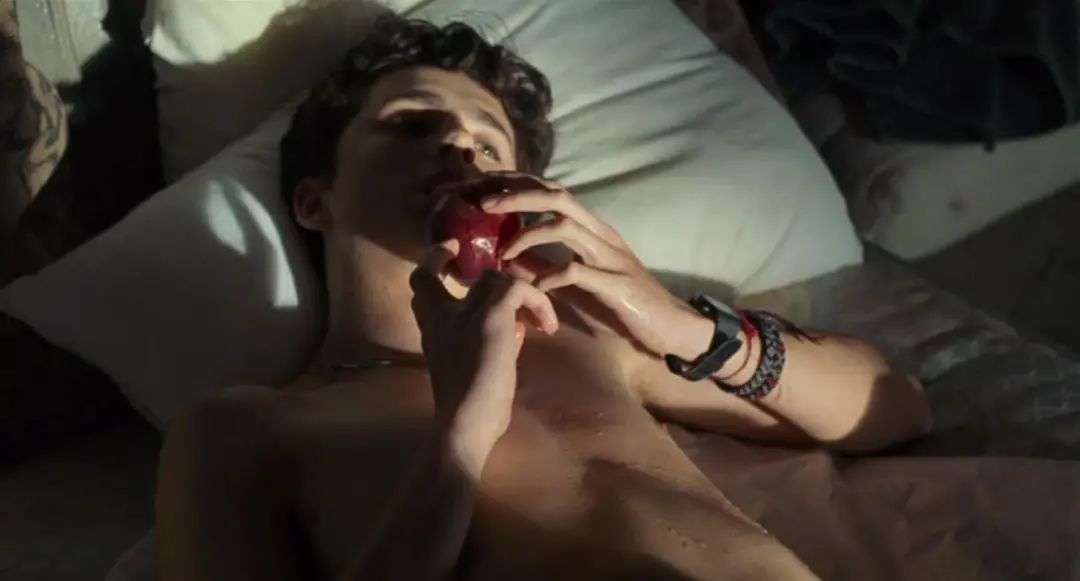 Eating a fruit is a matter of taste.

In addition to artistic inspiration, fruits are also a status symbol.

“Some people are glamorous on the surface, but they can’t even eat cherries behind their backs.” In 2019, the term “cherry freedom” was born and became a new standard for dividing income levels. The cherries, sandwiched between “lipstick freedom” and “Starbucks freedom”, were forcibly scrambled into temporary futures for the Spring Festival holiday, and they encountered a major crisis during the epidemic, which shows that the fruit industry is also in a bleak world. However, rising prices have turned away many people, and dozens of workers have secretly vowed to work quietly and surprise all fruit vendors one day. 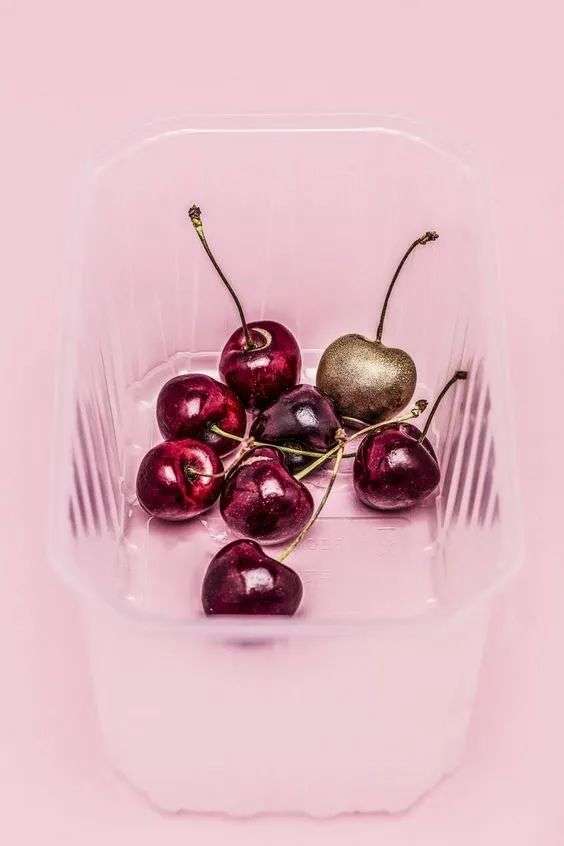 Capitalism and consumerism deconstructed pre-modern identity symbols, and established a new order: there is a threshold for eating fruit. It used to be “Smile from the red concubine, no one knows that it is the lychee”, but now it may be replaced by the avocado in the salad and “the first strawberry in spring”. Fruit is not only a delicious taste, but also a healthy vitamin supplement. It is a Versailles weapon to show off in the circle of friends. It is a lifestyle with aesthetic significance. 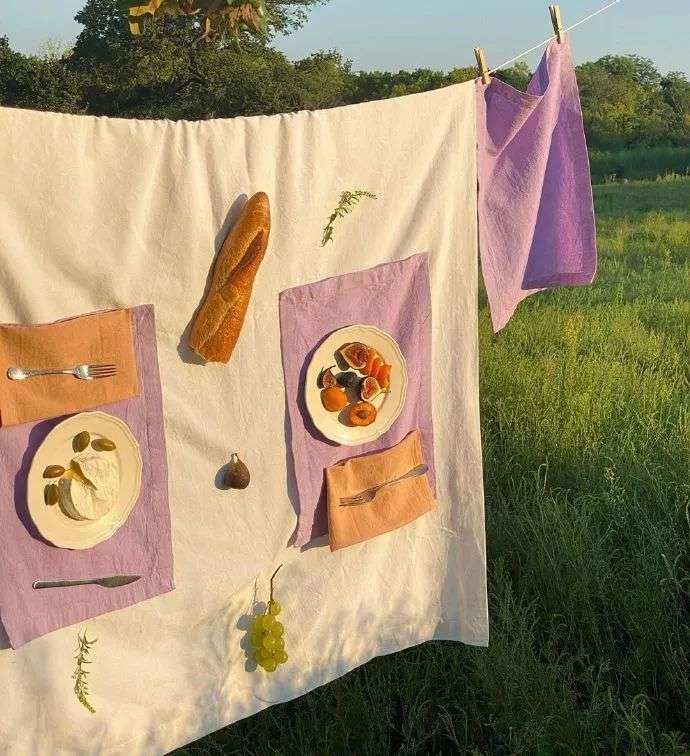 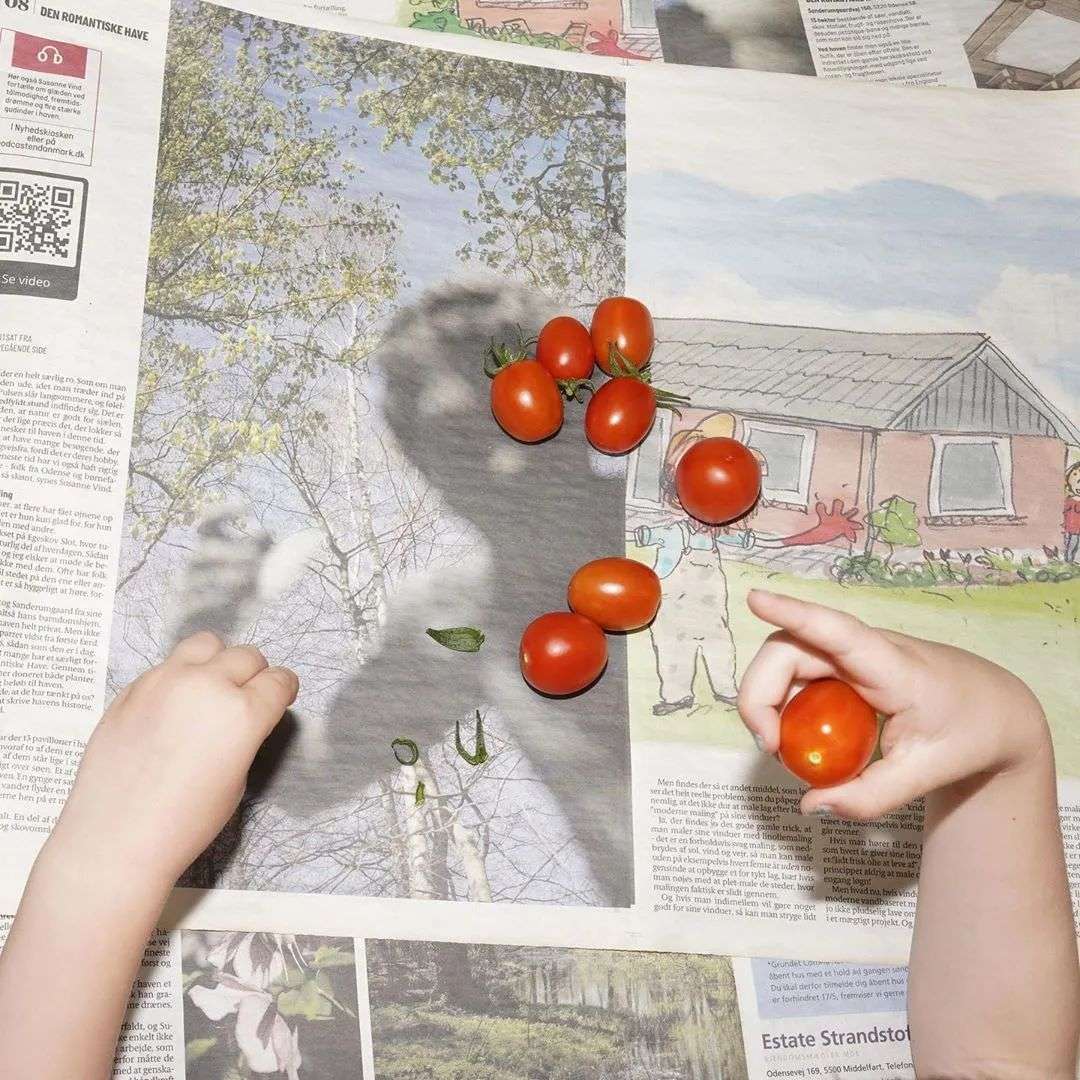 Because of this, the debate about fruit is not only about taste, but also about taste. Americans put pineapple on pizza, but the British regard it as a cult. In the eyes of Italians, this is a serious blasphemy of the local food culture. During the panic buying period during the epidemic, all the food in the supermarket was emptied. Only the Hawaiian pizza in the freezer was left in the cold. It was like a boycott of pineapple pizza completed by all Italian citizens.

Fruit was thus (not) accidentally involved in an identity politics. Therefore, “appearing advanced” has become an essential quality of fruit. It has changed. When we meet again, we have changed our name and surname. From small tomatoes to cherry tomatoes, from avocados to avocados, from cherries to cherries, it is both marketing and cherries. Social psychology. 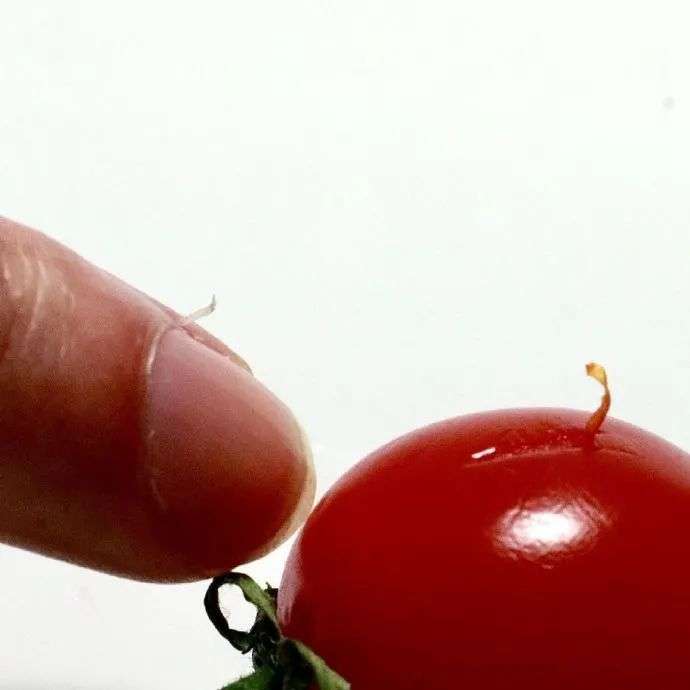 It’s not easy to get a lemon.

As a senior Internet celebrity fruit, avocado is also a typical middle-class fruit, but its origin is far less lovely than its appearance.

At station B, an up host named Yang Xiaoyang has more than 400,000 fans. The video he released teaches people how to pick fruits, how to dissect fruits, and how to identify fruits. In addition to this daily fruit science guide, he is better known by the name “Fruit Hunter”-in the 2013 documentary “Fruit Hunter” and in 2018 “Fruit Biography”, he appeared on the scene The process of discovery, cultivation, production and popularization of emerging fruits. 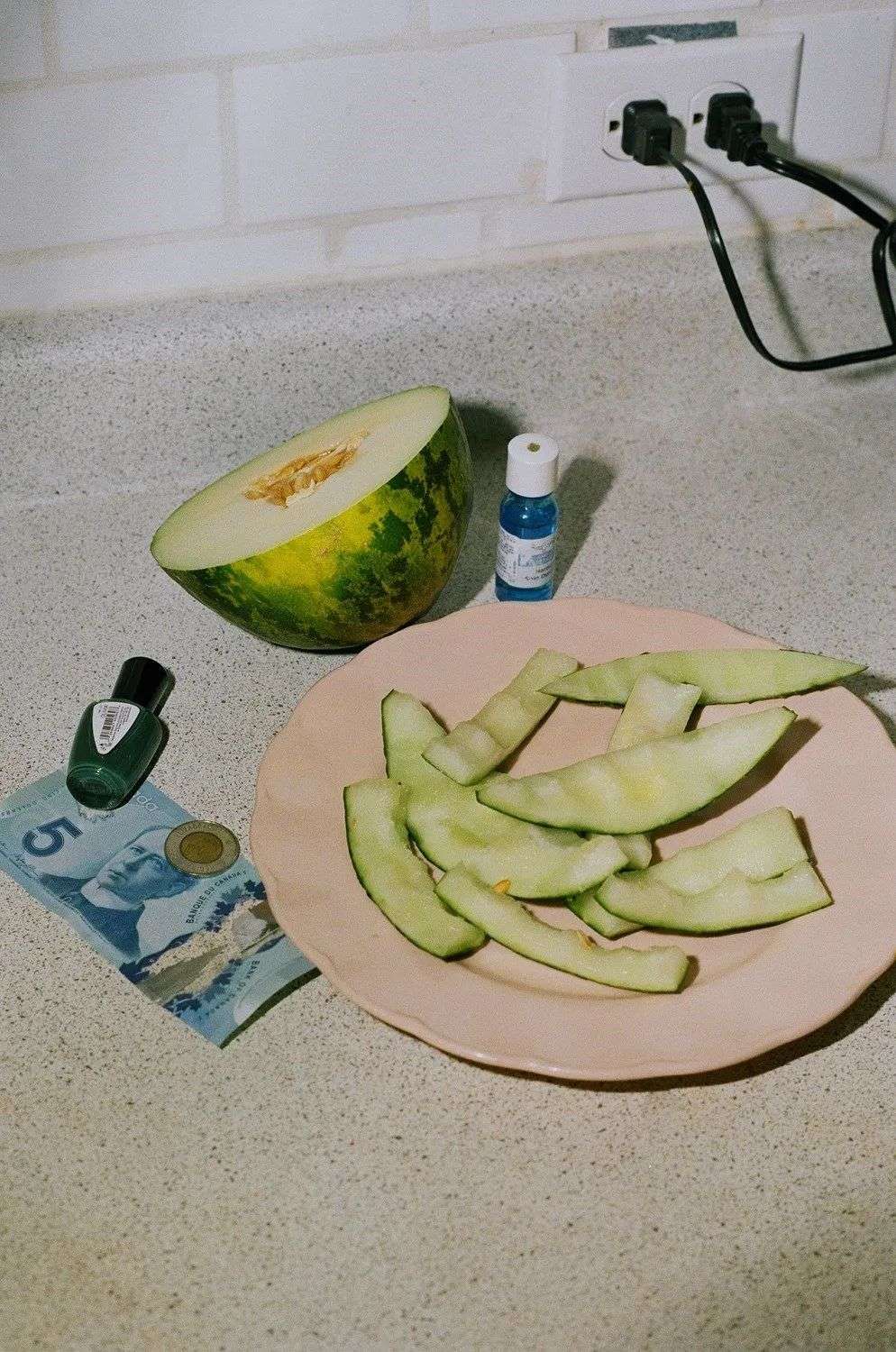 Since the birth of capitalism, countless fruit hunters have brought all kinds of new fruits to the tables of the world in this way. In the early 16th century, fruit hunters from Spain “hunted” this strange fruit from Native Americans and used itThe word for the testicle (ahuacatl) in the Aztec language is named “aguacate”. But it wasn’t until the 1990s that avocados ushered in a major export explosion, and quickly became a frequent visitor to middle-class families in the United States. 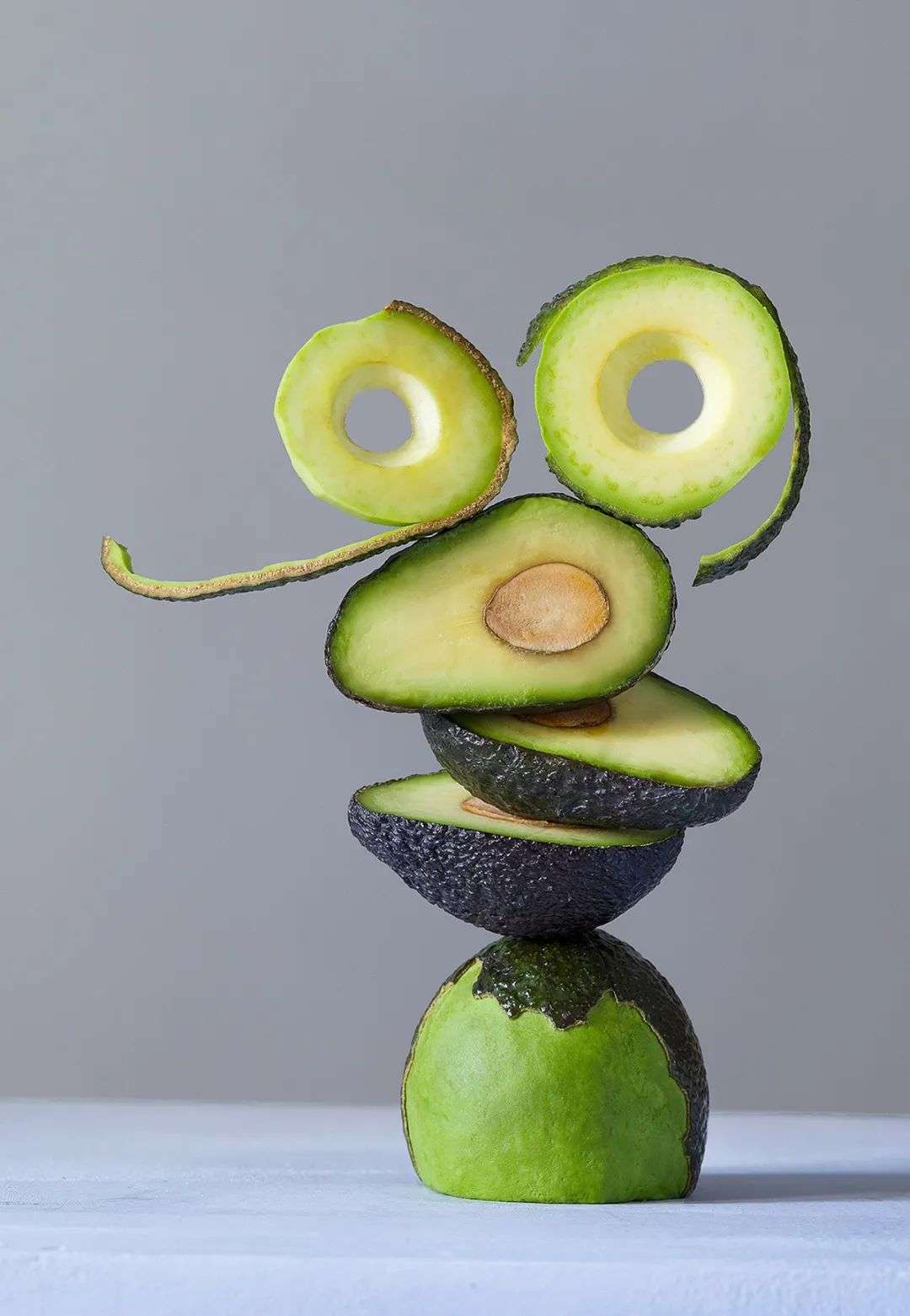 This sudden outbreak is the product of a series of marketing. First, the Latino community promoted this delicacy from their hometown; secondly, the promotion of unsaturated fatty acids gave avocados the name of “healthy” (“Avocado Green” has also become one of the popular colors in the fashion industry. ); Finally, Hollywood stars took their own initiative to join the goods, it is said that singer Miley Cirus even tattooed avocado on his arm. 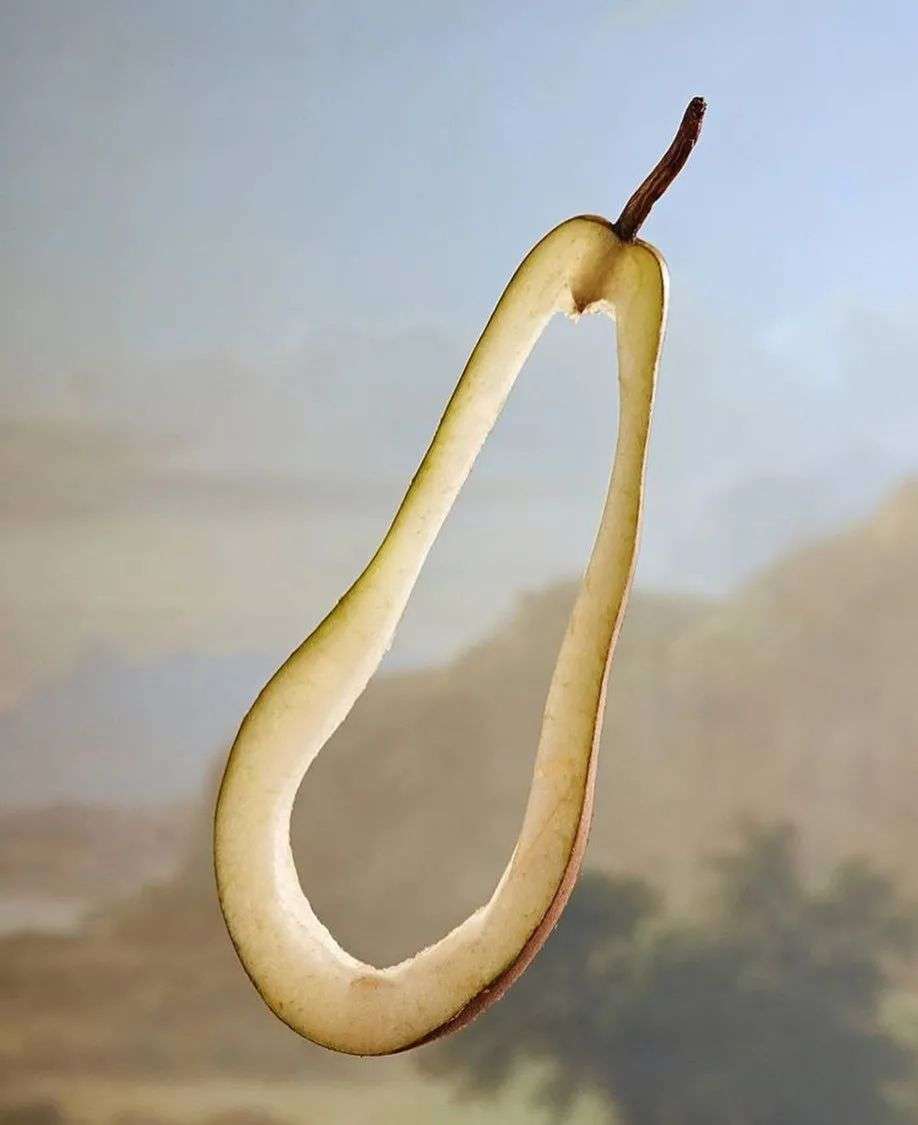 Behind the booming industry is the heavy price paid by Latin America: As one of the most water-consuming fruits in the planting process, the large-scale cultivation of avocados has caused the depletion of local water resources. In addition, the avocado planting industry continues to expand with the market, but once the critical point of demand is passed, it will bring about cheap sales and waste, as well as huge losses for fruit farmers. 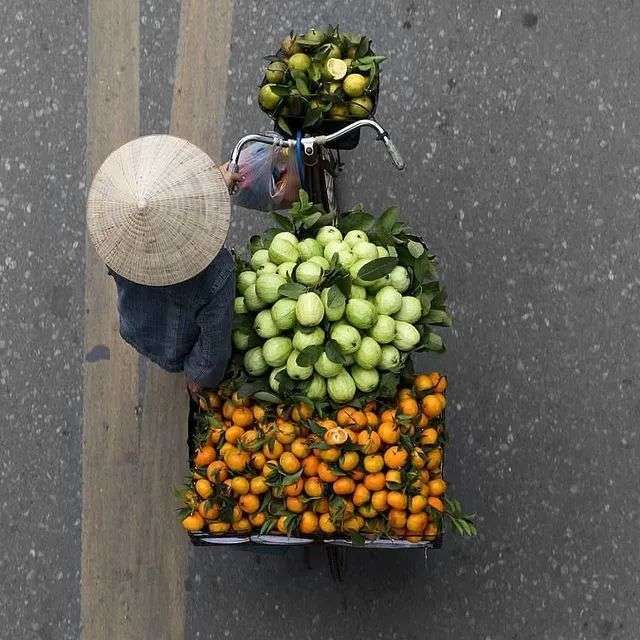 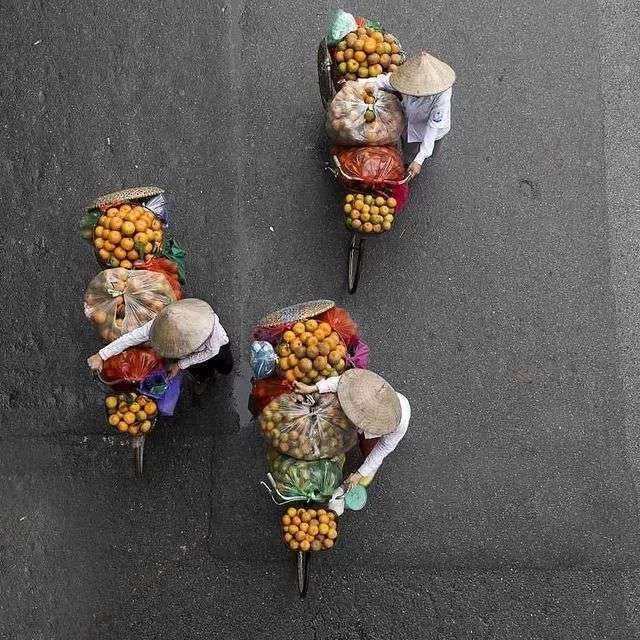 This is not the first time in history that fruits have become linked to the process of social development.

In the middle of the 18th century, citrus fruits such as lemons were found to be effective in treating scurvy among crew members. However, the natural characteristics of lemons only allow it to grow on the warm coastline, and Sicily, Italy has become the home base for lemon cultivation. By the late 19th century, lemons had become a pillar industry in Sicily. And because of the huge profits brought by lemons and the fragility and incompetence of the local government, farmers urgently need civilian armed forces to guard the lemon garden and prevent bandits from stealing. This civilian armed force eventually evolved into the famous Sicilian Mafia. 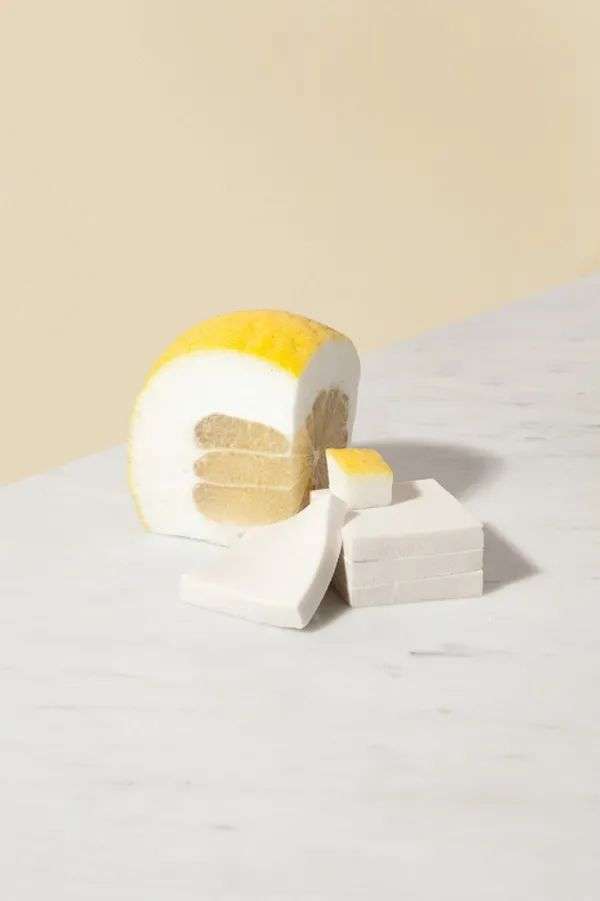 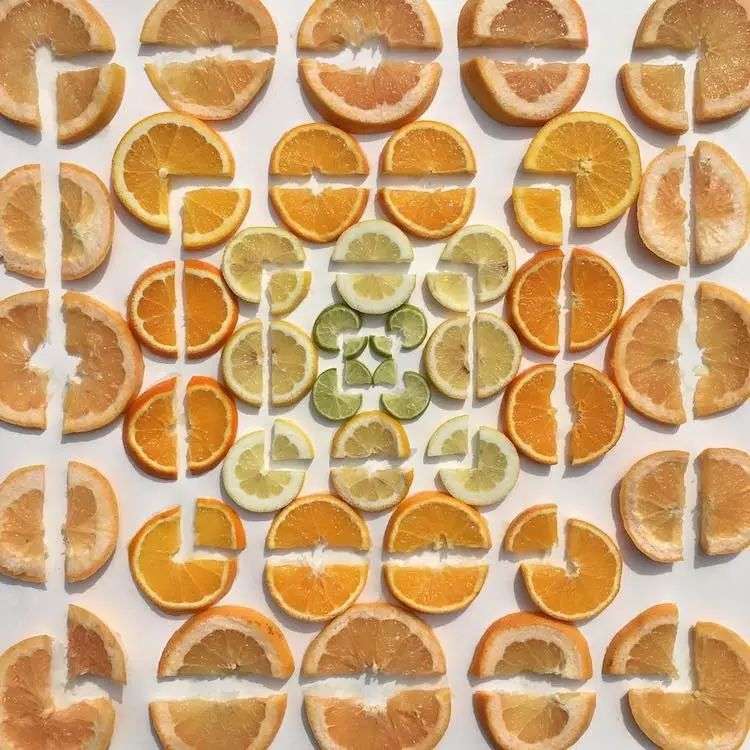 At the beginning of the 20th century, the economic crisis and the challenges from the American orchards, combined forces, led to the depression of the Sicilian lemon farming industry. The Mafia then dispersed, and some of them rushed to the United States to take root, where a new Mafia organization was established. This is also the true social background rooted in the trilogy of the movie “The Godfather”.

It can be said that in addition to aesthetic symbols and identity politics, fruits have also profoundly affected the social economy and global trade. A simple “Qia Lemon” Internet stalk is actually a long history of fruit going to sea.

In this matter of sweetness, the fruit is also rolled inside

Actually, fruits are not that sweet.

In “Guns, Germs, and Steel”, Jared Diamond compared wild apples with “domestic” apples to illustrate the importance of human domestication in fruit evolution. From the sourness of wild fruits to the deliciousness of imported snake fruit, it has experienced thousands of years of breeding and genetic selection. Human appetite has given birth to the sweetness of fruits.There must be some time to come back. 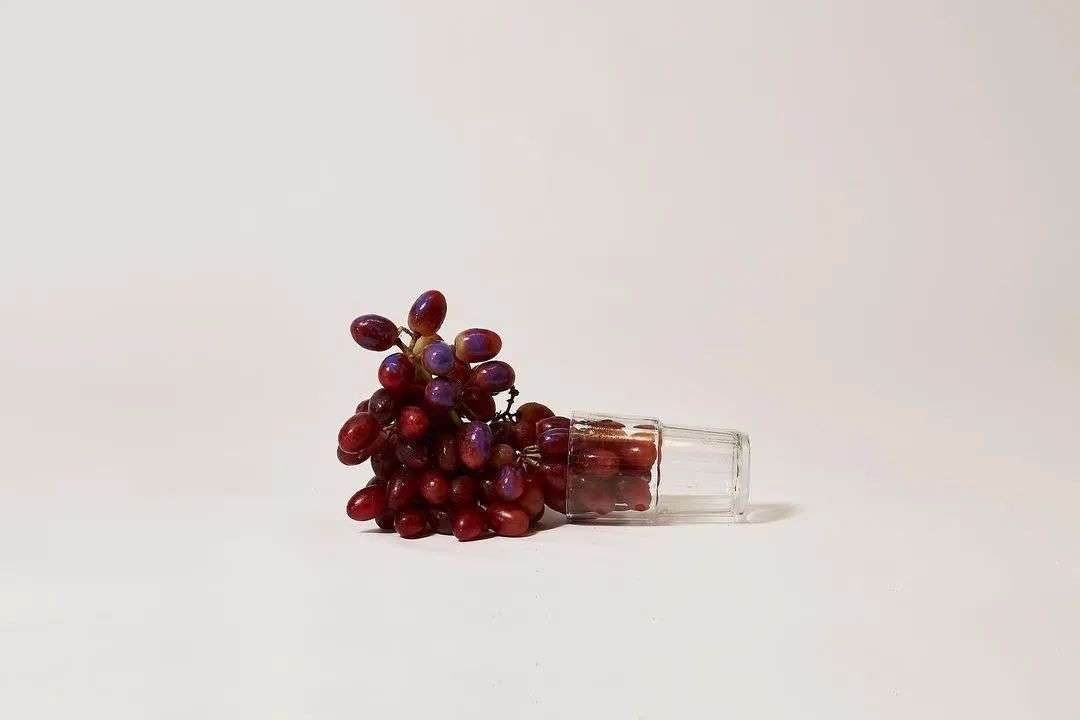 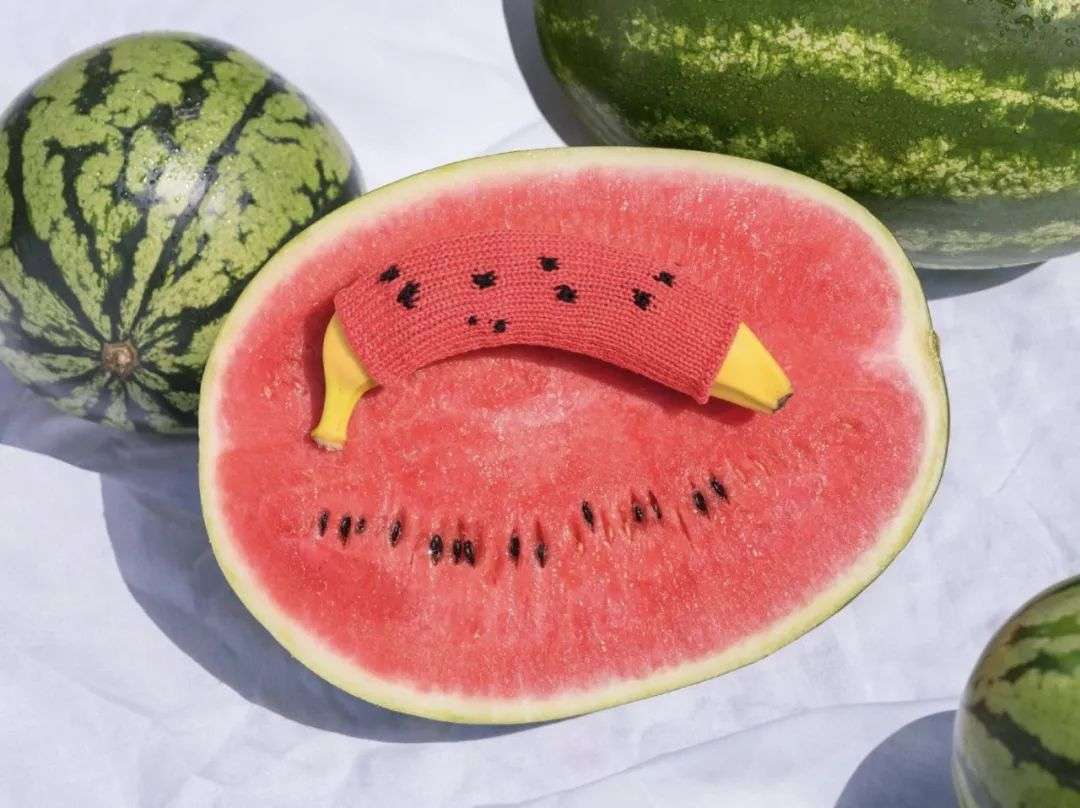 Not only fruits have been changed by humans, but human civilization has also been interfered by fruits (along with other plants and animals). Due to the different levels of domestication of the native animals and plants in different regions of the world, some societies have quickly entered the state of farming, while others have stayed in the era of gathering and hunting; some societies have opened up science and technology trees, while others have not. So after the advent of globalization, the unbalanced situation broke out, resulting in slavery and triangular trade. Starting from this point, Diamond found an explanation of “geographical determinism” for the global inequality that has occurred since the era of great navigation. 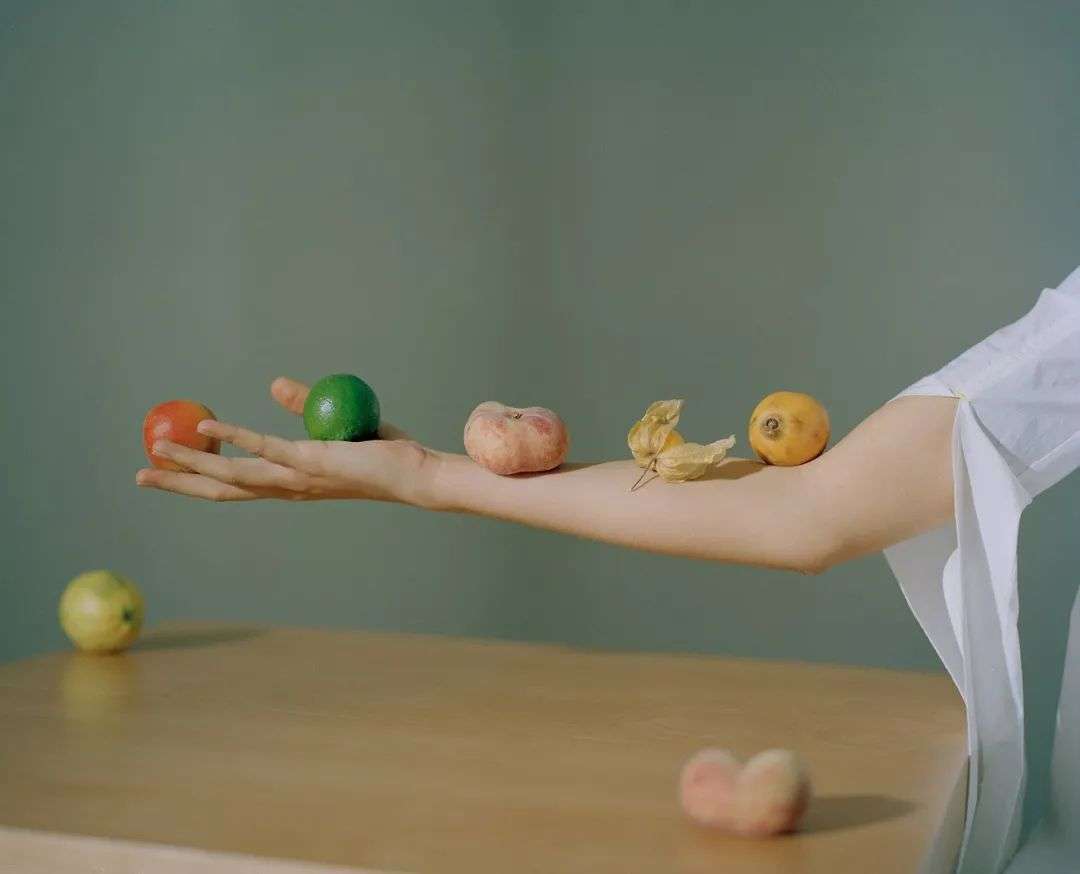 Maybe it was just to provide more sucrose energy sources for the ancestors at the beginning, and in the end it was actually rolled into a dessert with escalating sugar content. Even so, compared to cream and chocolate, fruit can still wear the title of “organic” and “natural”. Today, when health laws have almost become a moral requirement, for many people, fruit has become the only source of guilt-free sweetness. You can eat, play, fantasize, and admire. This is the whole reason why we love fruits. They are the puppy hooks in the food world, and they are the best food friends of mankind.

So, have another fruit.