Can Pixel 6 compete with the current camera monsters? 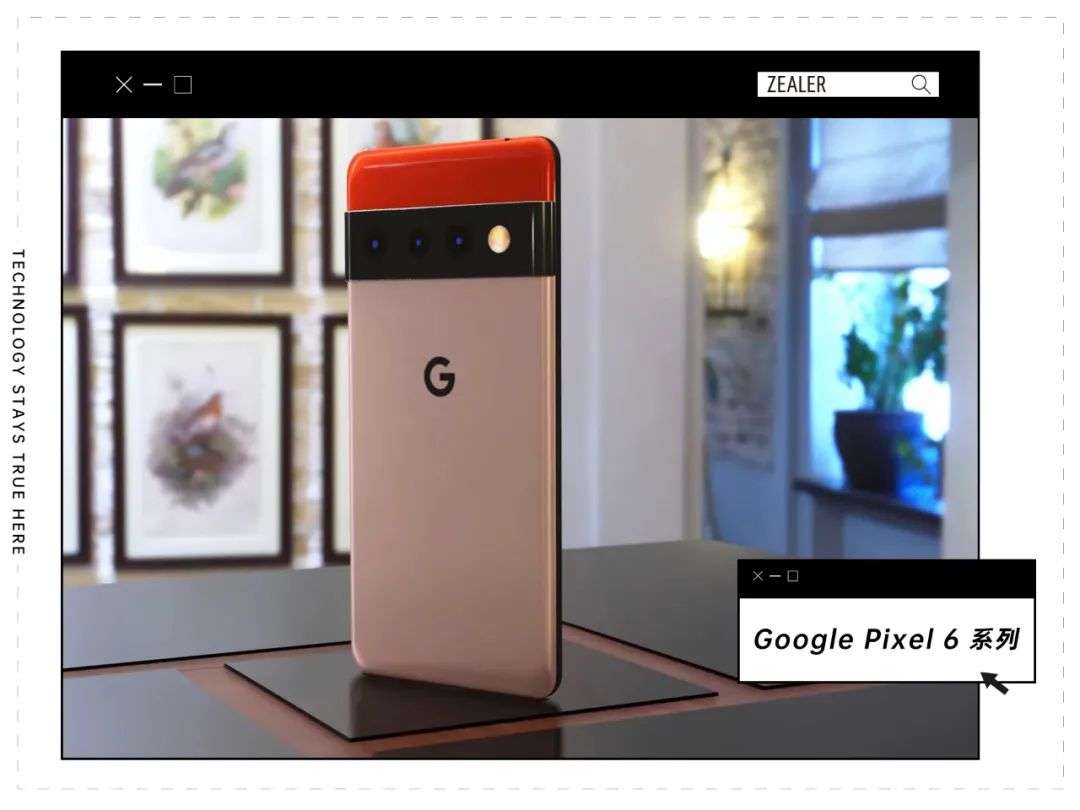 Speaking of Google phones, what would you think of first?

However, Xiao Z checked Counterpoint’s share of US smartphones. Google Pixel has always missed the top four and ranked among the “Others”. The market champions and runners-up are firmly controlled by Apple and Samsung. 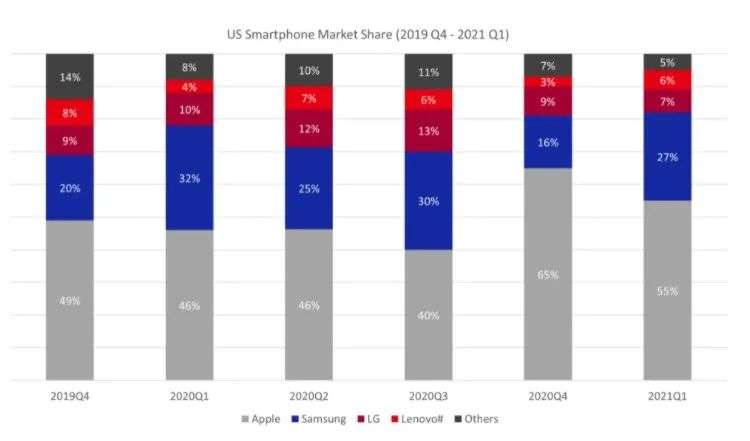 The survey results published by SellCell, a US second-hand mobile phone website, showed that the user loyalty of Google Pixel mobile phones has dropped by nearly 20 percentage points from 2019 to 65.2%, which is lower than that of Apple and Samsung. For reference, this survey at least shows that users’ dissatisfaction with Pixel phones is increasing day by day.

From the perspective of Xiao Z, users’ complaints are largely due to the 2020 Pixel phone lineup. The lack of performance flagships and the lack of special features will inevitably disappoint users. Google desperately needs a powerful enough Pixel flagship to save itself.

Just recently, OnLeaks exposed the renderings and some parameters of the Pixel 6 series. Pixel 6, perhaps Google’s most powerful response.

According to the news, the Pixel 6 series will include Pixel 6 and Pixel 6 Pro models. The high-end models of Pixel’s new flagship will no longer adopt the “XL” designation, but will replace it with “Pro”.

The renderings released by OnLeaks show that the Pixel 6 series adopts a more square shape as a whole, similar to the Sony Xperia 1 series. Pixel 6 will also have the second largest iconic design in history (the largest is the giant bangs of the Pixel 3 XL), and its rear lens module is designed as a raised black horizontal stripe. The top and bottom of the horizontal stripe are respectively Different colors are used to bring a vivid contrast look. 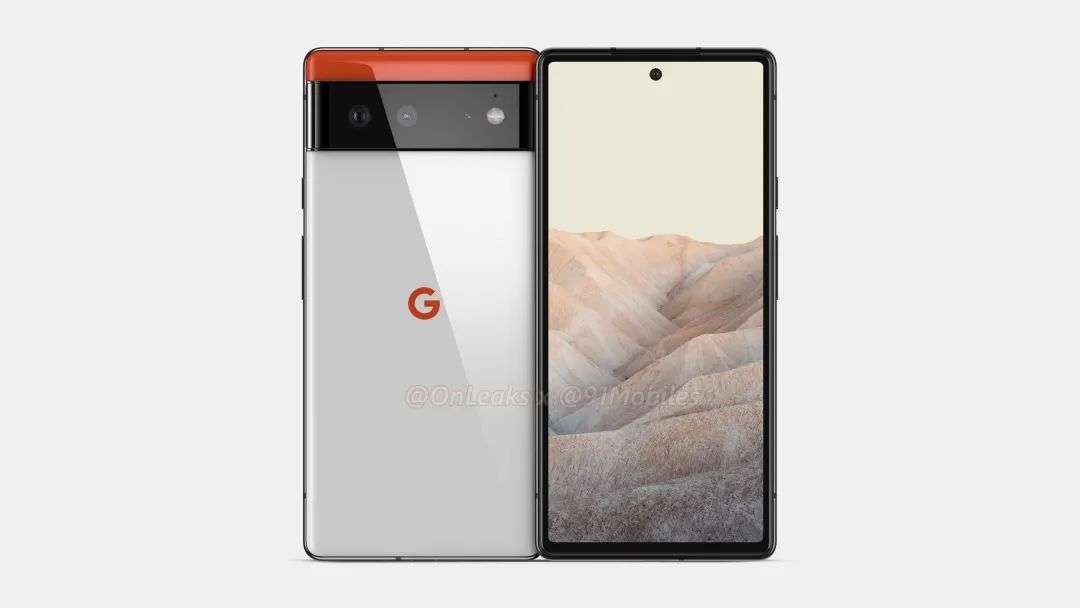 This design reminds Xiao Z of the appearance of Mi 11 Ultra without the secondary screen. Due to the presence of this horizontal bar, the Pixel 6 with a body thickness of 8.3mm reaches 11.8mm at its thickest point, which is slightly thinner than the 12.4mm of the Xiaomi 11 Ultra. 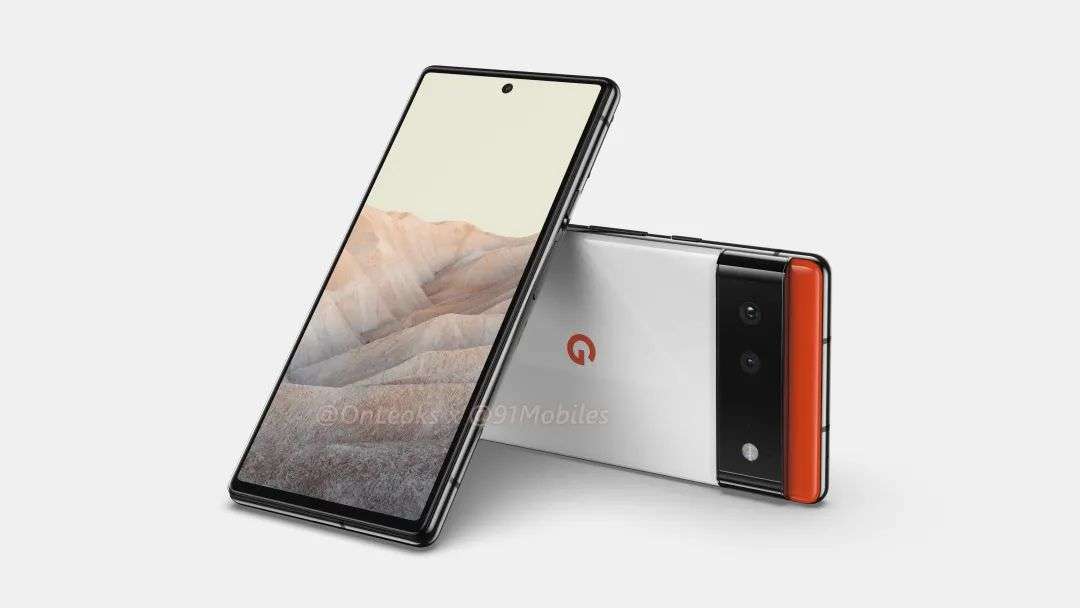 Under the shocking appearance, the camera hardware of Pixel 6 should not be underestimated. The high-end model Pixel 6 Pro will be equipped with three rear cameras for the first time, consisting of a wide-angle lens, an ultra-wide-angle lens, and a periscope zoom lens. This is also the first time the Pixel series is equipped with a periscope zoom lens.

XDA’s Mishaal Rahman also found from Google’s camera module code earlier that Pixel 6 is likely to use a new camera sensor from Samsung. This means that the 1/2.55-inch sensor (Sony IMX363) that Google used for three years can finally be retired. This sensor has been in service from Pixel 3 in 2018 to Pixel 5 in 2020, and it is extremely strong.

Pixel 6 uses a rear dual camera, which is mainly one less periscope zoom lens than Pixel 6 Pro. In addition, the Pixel 6 camera module also houses a sensor with an unclear purpose, as well as a flash and a microphone.

Another major upgrade is in the SoC. The news revealed that the Pixel 6 series is expected to be equipped with self-developed Whitechapel SoC, which was developed by Google and Samsung in cooperation. The specific parameters of Whitechapel are not yet clear. Think of the cooperation with Samsung, this may be a customized version of the Exynos flagship processor. 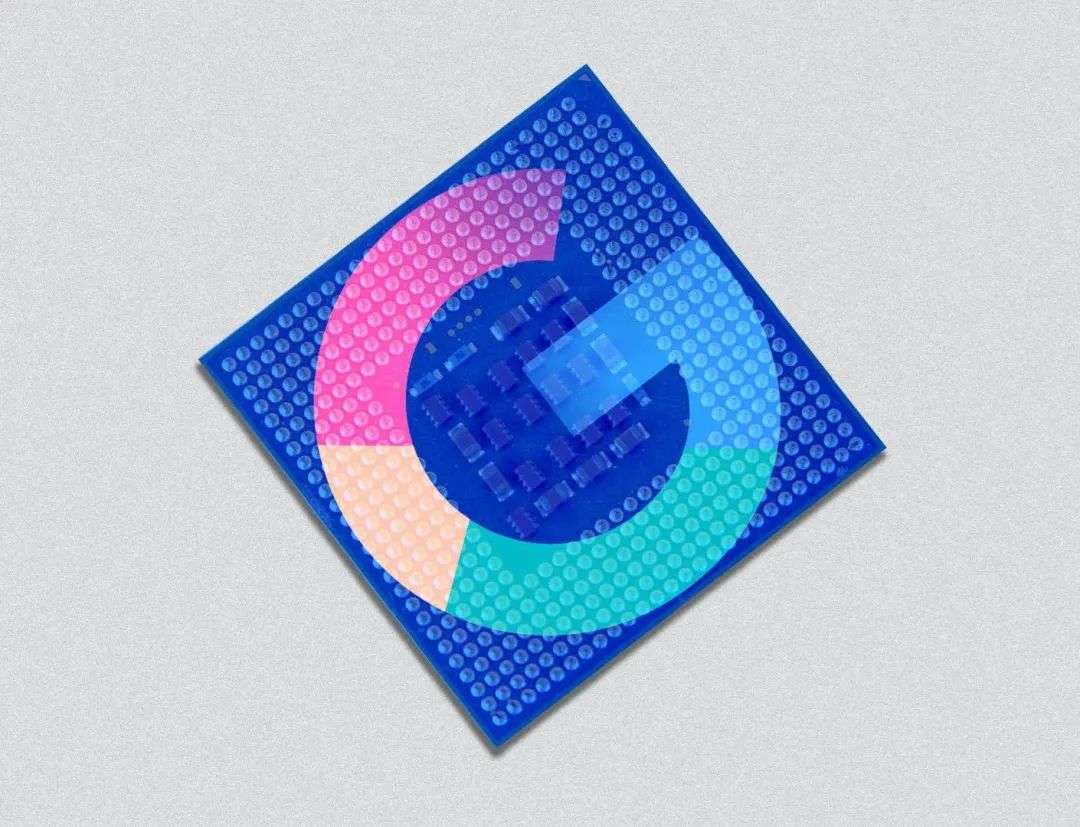 In the front design, the Pixel 6 series conforms to the more popular form of Android phones. The basic model Pixel 6 uses a 6.4-inch straight screen, and the high-end Pixel 6 Pro uses a 6.67-inch curved screen. The front cameras of both models are designed with a single hole in the center.

For example, in 2018, in order to add a front ultra-wide-angle lens to form a front dual camera, Google arranged a big notch for the Pixel 3 XL. The gap is so large that it is dubbed the “front tooth screen” by netizens.

Only a year later, this front ultra-wide-angle lens was cut off on Pixel 4. Google introduced dual rear cameras for the Pixel 4 for the first time, but the auxiliary camera is not a popular ultra-wide-angle lens, but a 2x optical zoom lens. At the same time, Google re-turned the big bangs into a big forehead, stuffed various sensors such as Soli radar, and brought practical and trendy functions such as face unlocking and air gestures.

By the 2020 Pixel 5, Google cut off a ticket sensor that was just used last year, along with face unlocking, radar and air gestures, and brought a “Renaissance” of rear fingerprints; On the rear camera, only one generation of zoom lens was used and replaced with an ultra-wide-angle lens; the Pixel Neural Core (formerly known as Pixel Vis) was used since the Pixel 2 series.ual Core), Active Edge “squeeze” function has also been cut.

According to HTC’s Active Edge function, it was cut off on Pixel 5

The most puzzling possibility is the core. Google did not use the flagship chip Snapdragon 865 at the time, but instead adopted the mid-range Snapdragon 765G. In order to balance this wave of sucking toothpaste, Pixel 5 cancelled the XL model and lowered the starting price-a full one hundred dollars cheaper than Pixel 4.

Back in 2016, when the Pixel mobile phone was born, Apple introduced the rear dual camera system for the first time on the iPhone 7 series, which was exclusively used by the iPhone 7 Plus. Google teased Apple secretly at the original Pixel conference, saying that two Pixel phones of different sizes share the same features.

With the addition of the “Pro” model, Google took the face of itself five years ago, but since then it has opened the door to differentiated configuration and has more room to play in product pricing.

In the US smartphone market where competition is lacking, Pixel phones are like mid-range teams in the football league, with no hope of competing for the championship and worry-free relegation. It can’t shake the Apple, the champion of consecutive yearsThe iPhone is no match for the strong Samsung Galaxy. Relying on the strong strength of Google and the influence of the Android ecosystem, it is fearless to squeeze toothpaste or even repeatedly suck toothpaste over the years.

Because of this, the Pixel 6 with a large tube of toothpaste may be the most anticipated Pixel phone in recent years. For a long time, Pixel phones have been blessed by algorithms even when the camera hardware is not dominant, giving excellent camera performance. Everything can be HDR, Super Res Zoom zoom technology, night vision camera mode, astrophotography mode, etc., are all known as “black technology” by Google.

Since good results can be achieved with the old sensor, with the new processor and the new camera sensor, the camera performance of Pixel 6 and 6 Pro may be improved.

This is probably the new Google Pixel 6 series. Can it still compete with the current camera monsters, and what do you think?