Shang Wenjie’s recent days have not been peaceful.

On May 24, a chat record performed by an artist of the Black Fang Jinyuan (hereinafter referred to as Black Gold Broker) was exposed, involving a bold speech with ex-girlfriends, teammates, CP, etc. during the “Youth Have You” game (showing has been through the WeChat account). Bo trumpet denies). The behind-the-scenes boss of the Black Gold Broker is Shang Wenjie, a singer-songwriter born in a super girl.

Compared with the strange idol “collapsed house”, Shang Wenjie’s headache is that about a month ago, a Weibo user who was suspected to be a former senior executive of the black gold broker wrote a long article and broke the news, alluding to the black gold The unfair distribution of income between the broker and the artist, and the demand for the terminated artist to pay high compensation, etc. are chaotic.

Repeated references to the company’s managers as “high-achieved students” in the news seemed to point to Shang Wenjie, who graduated from the French Department of Fudan University. In addition, descriptions such as “singing not much” and “silent people use music to speak” also point to Shang Wenjie’s singer status.

The authenticity of the content of the news has yet to be verified, but the black gold broker did have an economic dispute with its artists because of the termination of the contract. Public information such as Tianyancha and other public information shows that the original black gold brokerage artist Jiang Jiaen (formerly named Jiang Fengzhu) and the company’s contract signed with the company, clearly stated that the income of the two parties in the first three years is divided according to 1:9. The supplementary agreement states that the company’s monthly payment of 6,000 yuan to artists for daily living expenses is a loan.

Whether it is business management or the operation of artists, black gold brokers are in a mess.

And this is not an exception in the entertainment brokerage market. After the first year of Internet idols in 2018, idol brokerage companies have emerged in large numbers. Black gold brokers also took advantage of the momentum to take off and shouted the slogan of creating “China Dennis”. But now, as “Youth Have You 3” was rectified due to the milk pouring incident, the future of the talent show is uncertain, and the idol brokerage industry is frequently chaotic, and idol brokerage companies including black gold brokers are bound to face big exams.

The black gold brokers who have experienced the termination of the artist’s contract and the exodus of the founder are just the tip of the collapse of the idol industry.

Ten years of love, the “Jennis” dream of the black gold broker

Shang Wenjie and Nie Xinyuan are not only business partners, but also artists and agents who have worked together for nearly ten years.

In 2010, Nie Xinyuan (the music director of Huayi Brothers at the time) and Shang Wenjie established the Beijing Shangpin Jiayin Cultural Studio. With exaggerated makeup and hair, unique costumes, and the label of “Chinese version of lady gaga”, Shang Wenjie successively In 2013, under the blessing of “I Am a Singer” and “Happy Boys”, it made a big impression in the market, and the studio jointly established by the two also became famous in the industry.

However, within half a year of “dreaming”, the black gold brokers have fallen into the air of public opinion due to various “high-level infighting” rumors. Compared with the works of its artists, the company’s high-level “turbulence” is obviously more exciting:

After Nie Xinyuan left, the dispute between the two parties did not end. On March 15 this year, Shang Wenjie, as a black gold brokerage legal person, was restricted from high consumption due to the untrustworthiness of the affiliated company. Subsequently, the black gold brokerage official Bo issued a statement in response that this contract dispute occurred during the period when the previous black gold management was operating and managing the company, and had nothing to do with Shang Wenjie and his performing arts activities.

Shang Wenjie claimed that she was forced to carry the pot. On the other hand, Nie Xinyuan also sent out a meaningful circle of friends: “Kindness and sincerity can never be wrong, the wrong thing is not distinguishing the object. So what we have to reflect is My own vision and insight, rather than doubting my kindness and sincerity.” In this year’s variety show “Listening to Sisters”, Shang Wenjie once again mentioned the relationship between the two, saying “Teach her a lesson in human nature.”

Shang Wenjie responds to disputes during the show

The two sides hold different opinions, and it is impossible to judge which one is right, but the blackIt is an indisputable fact that the senior management of the gold brokerage is in conflict and chaotic management.

In any case, the dream of “China Genesis” was completely broken.

Black Gold Brokers failed to contribute a few idols whose names can be remembered by the market. At the end of 2020, Shang Wenjie once again launched the idol track that specializes in singing and dancing training for trainees-Black Gold Code. Wang Nanjun, Li Qin, Li Shuo and Ying Chenxi organized a group to participate in “Youth Have You 3”, and Wei Yujie participated in “Creation Camp alone” 2021″, from the overall performance, most of the five trainees, except Wang Nanjun, “one round trip.”

In addition to gossip such as high-level infighting and the departure of the founder, the most controversial issue caused by the black gold brokerage is the management and operation of the artists.

In addition to the contract termination dispute with Jiang Jiaen mentioned at the beginning, the black gold agent has repeatedly “tipped” with its artists in recent years. In September last year, the official Weibo of the Black Gold Broker issued a solemn statement warning of unauthorized hiring of its artist Zeng Shunxi to carry out commercial activities or performing arts affairs, suspected to point to Zeng Shunxi’s “accepting private work” by bypassing the brokerage company. Recently, there has been news on the Internet that another well-known male artist under the Black Gold Brokerage, Hou Minghao, has terminated the contract.

Combined with the content of the revelations and Jiang Jiaen’s judgment, there may be unfairness in the division of income between the black gold broker and the artist, and the termination conditions are too harsh. 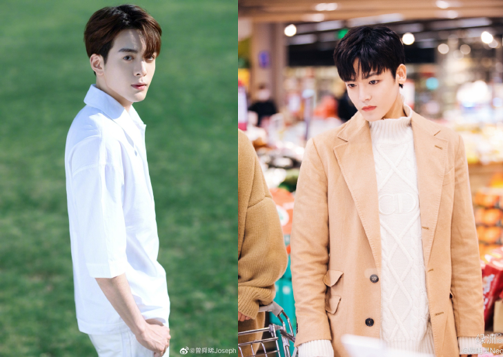 The termination of contract is indeed one of the pain points of the artist agency industry, and its performance in the idol industry is very obvious. Du Hua, the founder of Lehua Entertainment, once said: “I’m worried that artists are not popular, and I’m more worried that artists will be popular.”

Black gold brokers are unable to retain artists, which is related to the company’s internal management style, and the emergence of idol contract cancellations is ultimately due to the chaos of the industry order.

However, the overheated and fast pace of development has caused the various industrial chains of the idol economy to become deformed. A large number of idol brokerage companies with no operating experience and no management capabilities are unable to provide continuous support to artists. Therefore, many idols who have gained a certain reputation due to the draft have proposed to terminate their contracts, which triggered a wave of terminations in 2019. Of course, there are also many idols who inflate themselves and ignore the rules after suddenly gaining fandom.

In only three or four years, black gold brokers have gone from being ambitious to internal and external troubles. Almost at the same time, the idol supply side market has also gone from being hot to the present. 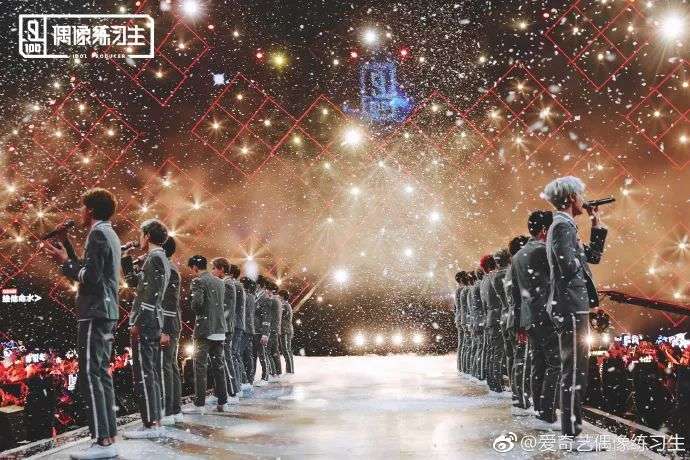 So far, the construction of China’s idol industry is still extremely imperfect, and the draft is almost the only window for newcomers to expose. Therefore, the right to speak in the idol industry chain is firmly grasped in the hands of various video platforms. In the past four years, high-frequency drafts have almost exhausted the resources of high-quality idols. There is a huge gap in the supply side of idols. There are many companies that have rushed to sign amateurs to send them to the draft to “try their luck”.

In essence, there is a misalignment between the logic of idols’ long-term operation and the logic of platform drafts. Under the myth of “successful talents”, few brokerage companies are willing to spend time and effort to cultivate new talents. No one cares about issues such as the life cycle and the virtuous circle of the idol industry chain. Therefore, it is difficult for a large number of idol groups to escape the fate of “debut is the peak”.

At this stage, the immature idol industry is facing more severe challenges. After the suspension of “Youth with You 3”, idol audition shows may be suspended, almost the only way for idol artists to rise will be cut off, and the idol industry led by the platform is in jeopardy-it is foreseeable that a large number of people without independent operation and promotion capabilities The idol agency is about to “break the dream”.

But this may be an opportunity to rebuild order. At the moment when the supply side of idols is obviously weak, when the market loses its way of “overnight boom”, then as an idol brokerage company that delivers “fresh seed” to the market, it needs to be more down-to-earth to cultivate the professional level of artists.

Then, wait for the next wind to blow.