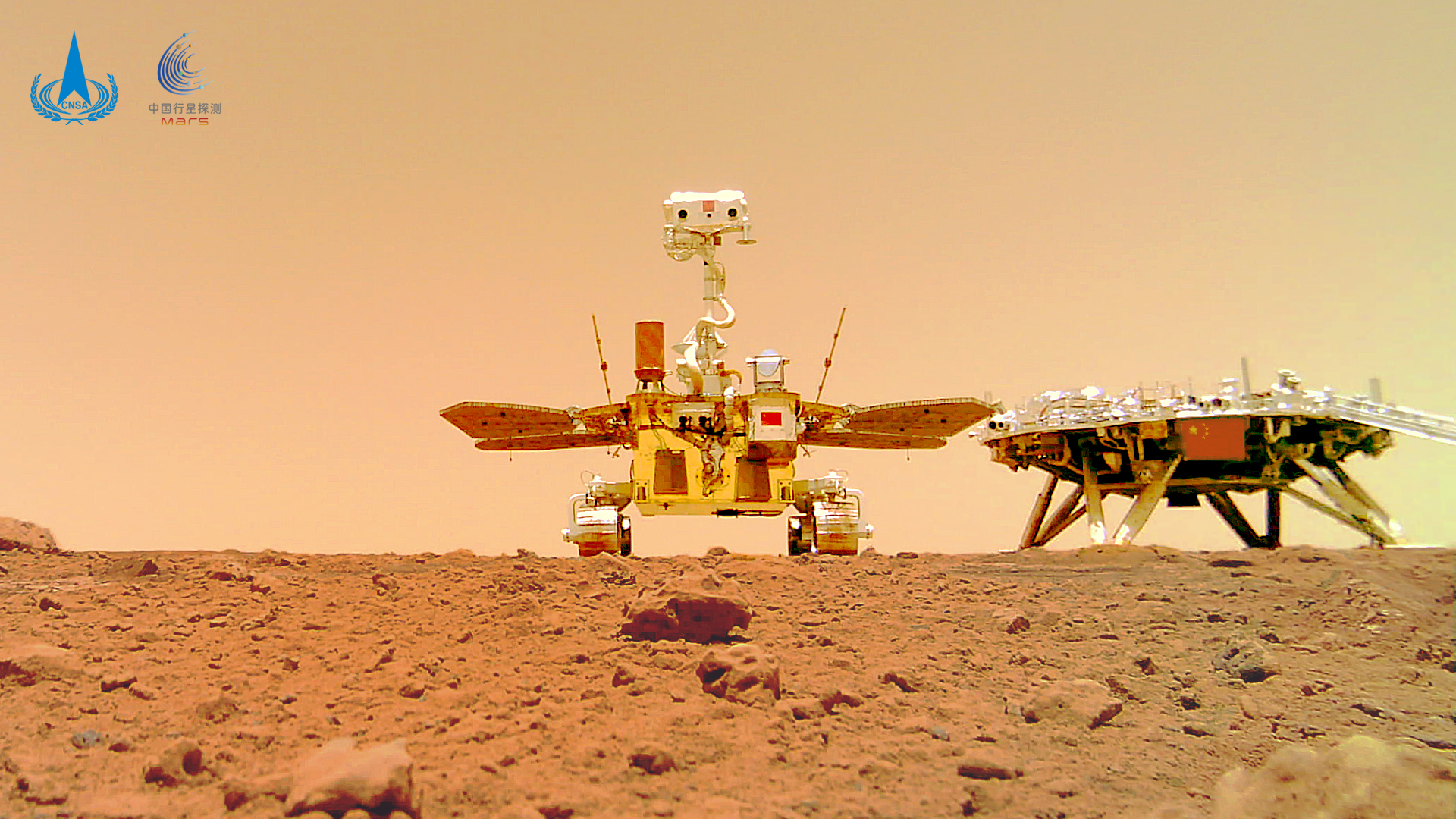 On June 11, the National Space Administration held in Beijing the unveiling ceremony of the first batch of scientific images of the Tianwen-1 rover landing on Mars, and announced the panoramic view of the landing site and Mars taken by the “Zhurong” rover. Image maps of topography and landforms, “Chinese Imprints” and “Photographs of the Tour”. The release of the first batch of scientific image maps marked the complete success of my country’s first Mars exploration mission.

The panoramic view of the landing point is made by the navigation terrain camera on the mast of the rover to perform 360° circle shooting, after correction and mosaic stitching, when the rover has not left the landing platform. The image shows that the terrain near the landing site is flat, the Martian horizon can be seen in the distance, and the abundance and size of the rocks are consistent with expectations, indicating that the autonomous selection of the landing site and the implementation of hovering obstacle avoidance are effective. 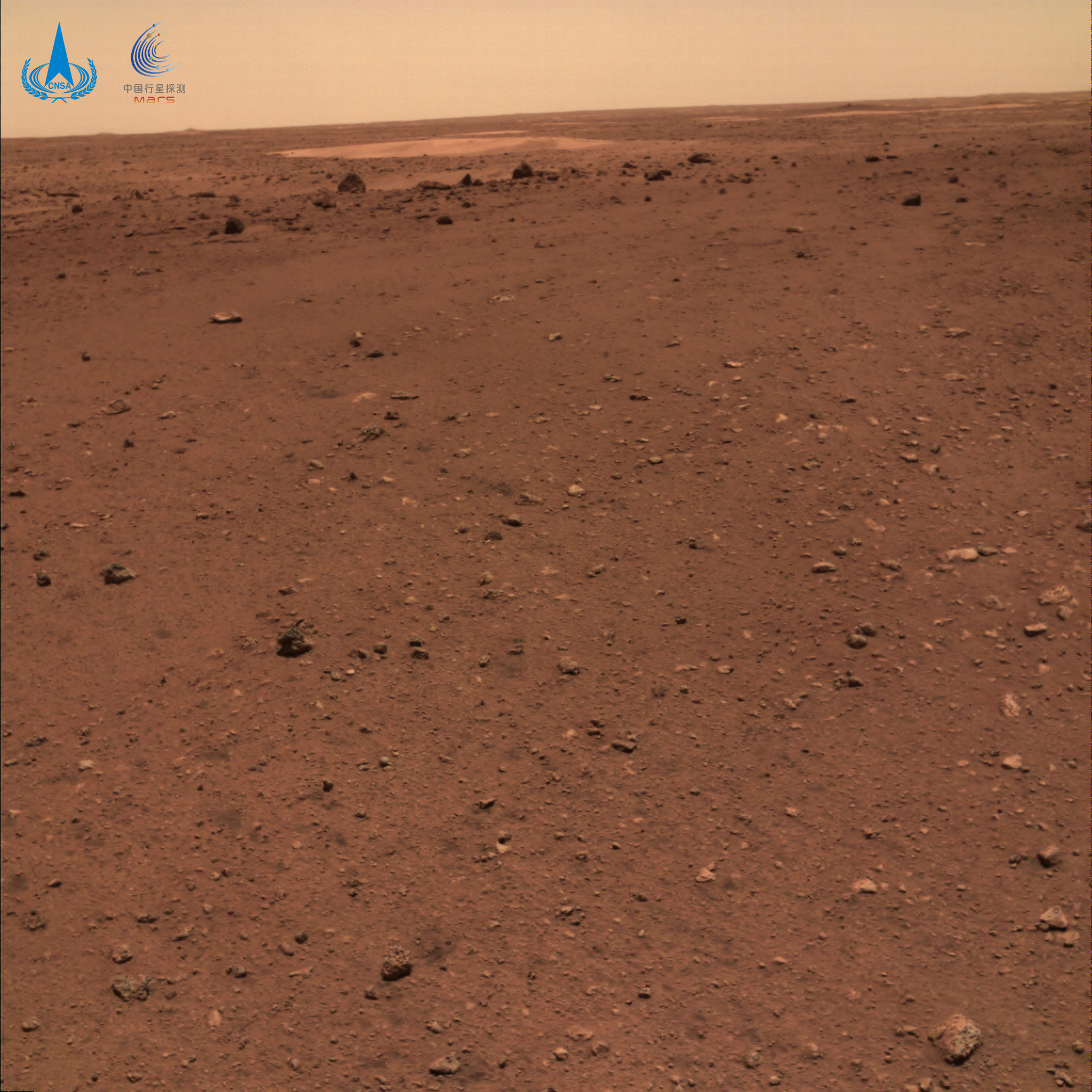 The Mars topography and geomorphology map is the first topography and geomorphology image map taken by the navigation terrain camera after the rover reaches the surface of Mars. The image shows that the nearby surface is relatively flat, with stones of different sizes distributed, with smooth edges, lighter colors, and semi-buried. There is an annular pit at the far end, and the edges of the annular pit are distributed with darker, angular stones. , And a few sand dunes farther away.

Zhang Kejian, Director of the National Space Administration, said that the entire space line will resolutely implement the spirit of General Secretary Xi Jinping’s important instructions, continue to carry forward the work style of strictness, carefulness, and vigorous coordination, and organize the implementation well. Obtain high-quality scientific data for various scientific exploration missions; uphold the concept of open sharing and mutually beneficial cooperation, release scientific data products in a timely manner, so that all mankind can share the achievements of China’s aerospace development; carefully demonstrate and implement follow-up major aerospace projects to promote high-quality aerospace industry Development will make greater contributions to the building of a power in space and science and technology.

my country’s first Mars exploration mission was fully launched in 2013, and the project was approved in January 2016. On July 23, 2020, the Tianwen 1 probe was successfully launched in Wenchang, Hainan. After the phases of ground fire transfer, Mars capture, Mars mooring, off-orbit landing, and scientific exploration, the engineering mission was carried out smoothly as planned, as of June 11 , The orbiter is in good condition in the relay orbit, and the “Zhurong” rover has been working on the surface of Mars for 28 days.