Since July 20, heavy rains in many parts of Henan Province have moved people’s hearts. In the night of the same day, several online travel platforms and hotel groups released news overnight to initiate emergency return and correction measures. At the same time, many local hotels in Zhengzhou received stranded customers for free.

However, at the same time that several hotel groups announced that they would sell rooms at regular prices, there were also “sky increases” in hotel prices.

On July 21, a Weibo netizen posted a video complaint on Weibo, saying: “Xi’an Hotel at the high-speed rail station uses this to make money for the country. Two hundred and three hundred and one nights. The hotel directly increased the price to more than two thousand or three thousand! Everyone was soaked by the rain, and there was no electricity. They suddenly raised the price at this time, it was too immoral!! I was 2000 one night that night Price, opened a big bed room, there is a transfer record! I hope the relevant departments will check it carefully!!”

On the morning of July 22, the Weibo “rushed” to popular searches, and Xian Hotel was questioned and condemned by netizens online.

A news search on multiple online travel platforms found that the general price of Xi’an Hotel in Zhengzhou is between 200 yuan and 400 yuan per night, which is equivalent to an increase of 7 times to 14 About times.

In the early morning of July 22, the aforementioned Xian Hotel Management Company Xian Hotel Management (Guangzhou) Co., Ltd. issued an apology The store’s full investigation, This incident isAfter the brand headquarters announced the regulations that no price increases and can take all of them, the franchise store did not abide by the relevant regulations. 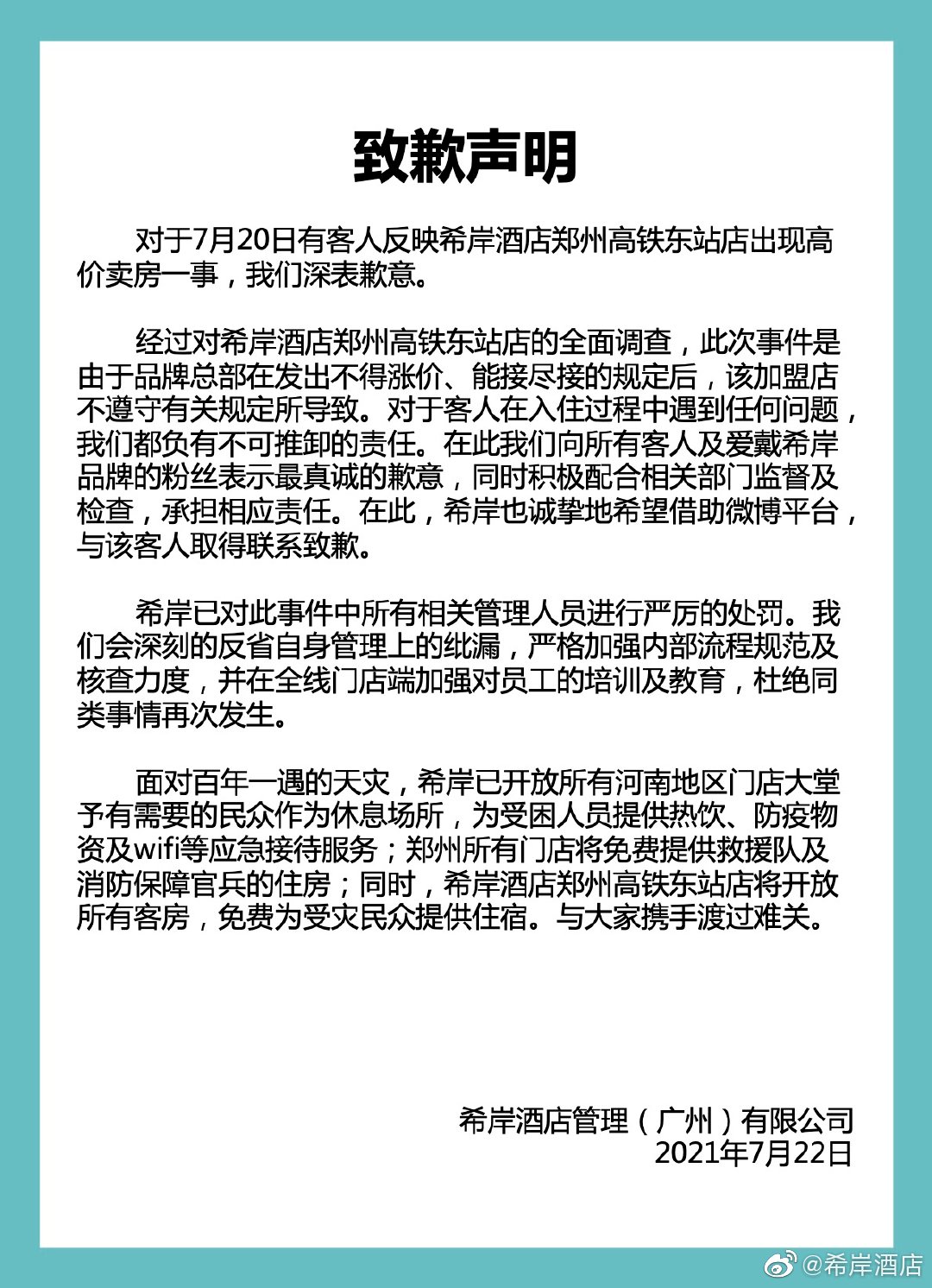 The statement also stated: “Xi’an has opened all the store lobbies in Henan area to people in need as resting places, providing emergency reception services such as hot drinks, anti-epidemic materials and wifi for the trapped people; all stores in Zhengzhou will provide free rescue The team and fire protection officers and soldiers’ housing; at the same time, the Xi’an Hotel Zhengzhou High-speed Railway East Station Branch will open all guest rooms to provide accommodation for the victims of the disaster for free.”

< /div>As of press time, the news could not search the Xi’an Hotel Zhengzhou High-speed Railway East Station Store on all online travel platforms. Searching the store on the map of Gaode showed that it was “suspended”. 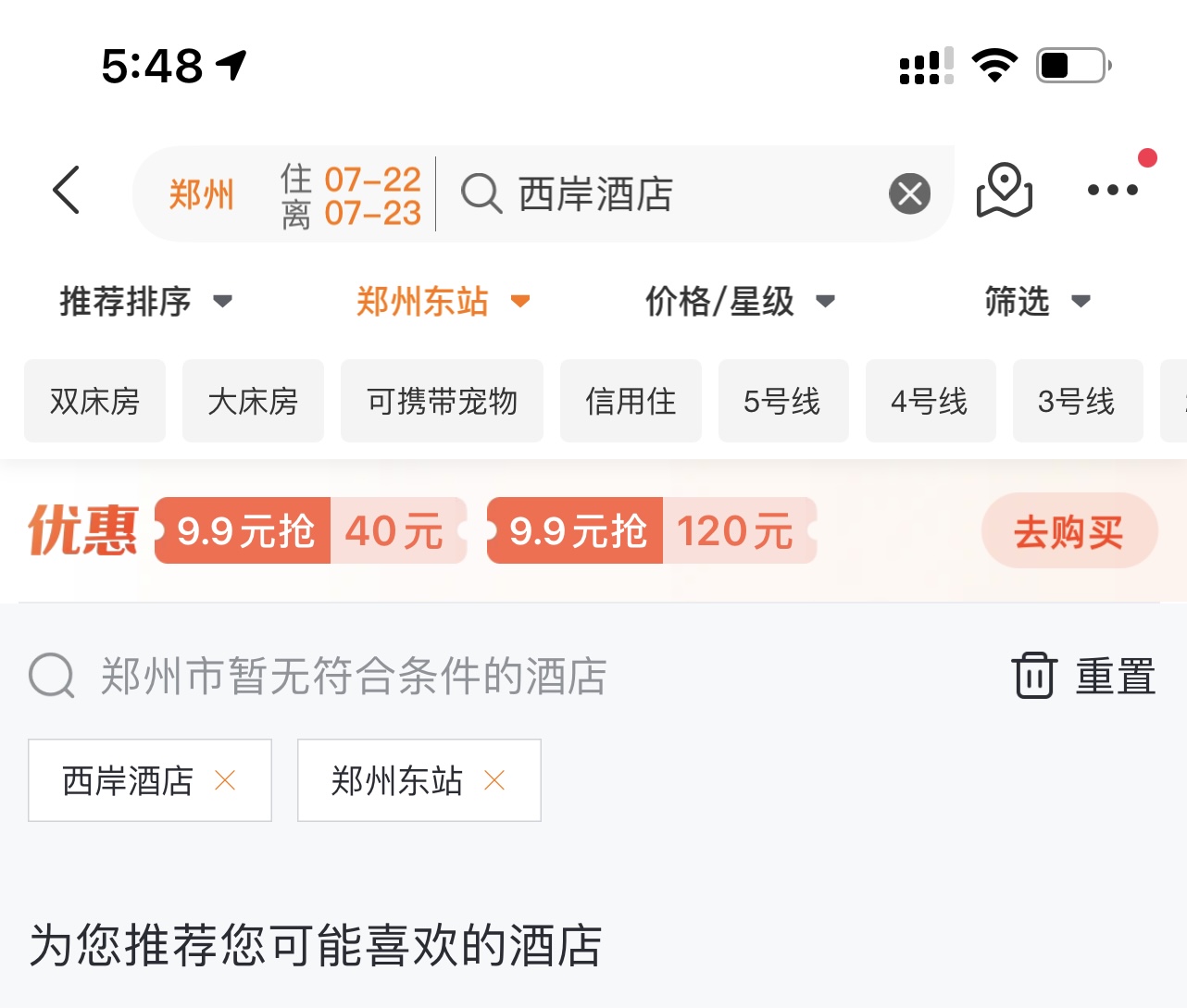 The online travel platform has been unable to search for this hotel.

Searching for this hotel on Gaode’s map has shown “temporarily closed”.