Toss toy (カプセルトイ, CAPSULE TOY) I believe that everyone is not strange, throw money into the gashapon machine, twist out the palm, do not know what toys inside, in order to collect a series of toys, it is possible I have to twist it countless times.

This is packed in a plastic capsuleThe toys are also full of great commercial possibilities.

The size of the Japanese toy toy market has been counted by the Japan Toy Association in previous years. However, the association did not mention this classification in the 2018 toy market data released this year, so we can only use the previous data. Look.

According to the 2017 toy market size data released by the Japan Toy Association, the Japanese toy market has returned to 31.9 billion yen. From 2002 to 2017, the overall size is between 24.9 billion and 33.5 billion.

According to data from the Ministry of Economy, Trade and Industry of Japan in 2015, Japan’s domestic toy supply index accounts for only 4.9% of domestic production and imports account for 95%. About 60% of the imports of humanoid toys are from China, followed by the Philippines and Vietnam.

The size of the Japanese toy car toy market

As soon as you mentioned a gastronomy, you might think of Japan immediately.

Indeed, the toy is really a big one in Japan, but the game of the gashapon can be traced back to the United States.

It is said that the candy vending machine was popular in the United States at the time, and it also extended the vending machine selling small toys.
In 1965, the Penny Chamber of Commerce introduced it to Japan, and the target of sales of the gashapons was mainly children. 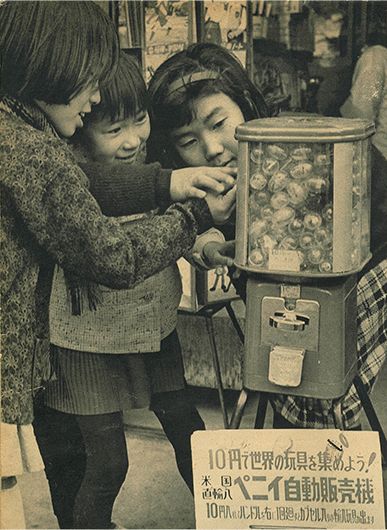 In the early days of the introduction, the 10 yen toss machine was the mainstream, and in 73 years, due to the oil crisis, the gashapon machine rose to 20 yen.
Later, in order to ensure the quality of toy products, the price of the gashapon was fixed at 100 yen, but there are now more than 200 yen origami toys.

According to Japanese media, Japan has had three episodes of twisting eggs.

The first time was the craze caused by the listing of the “Adhesive Man Eraser” in 1983. This can be used as a gastronomic product for stationery and sold in the past 4 years. Ten thousand, a sensation. 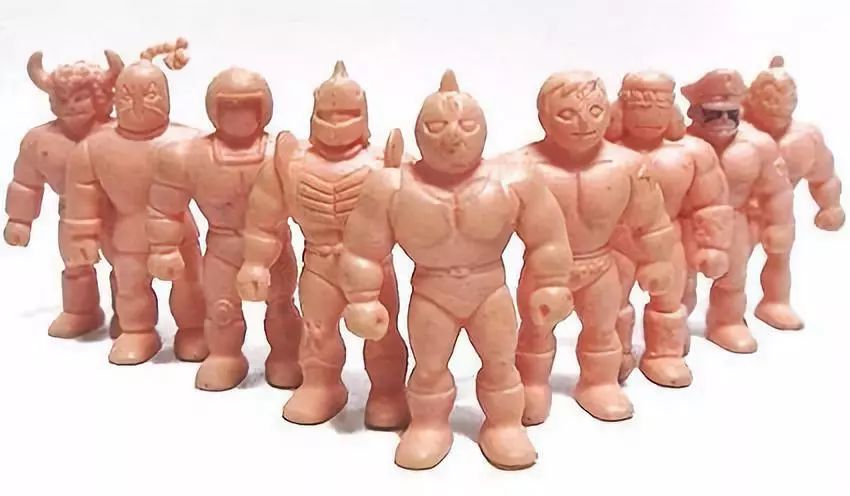 After 1994, the “High Grade Real Figure” series of exquisitely painted humanoid toys for adults was launched. IP toys such as Altman, Godzilla, Xiaolubao, Kamen Rider, etc., which have attracted many adults to the gastronomy, this is The second twisted egg boom .

After 2010, a variety of fun and creative twisting adults for adults are popular, such as the “Series of Survivors” sold by the “Chi Tan Club”, which sold in one and a half years. 1 million. The “Cup of the Cup” series also sold 100,000 in one week.

In addition, the gashapon machine has entered the electronic age and can interact with mobile phones. In 2014, the market for toy-locked toys reached 31.9 billion yen, a year-on-year increase of 15%, so it is also known as the third twisted egg boom. 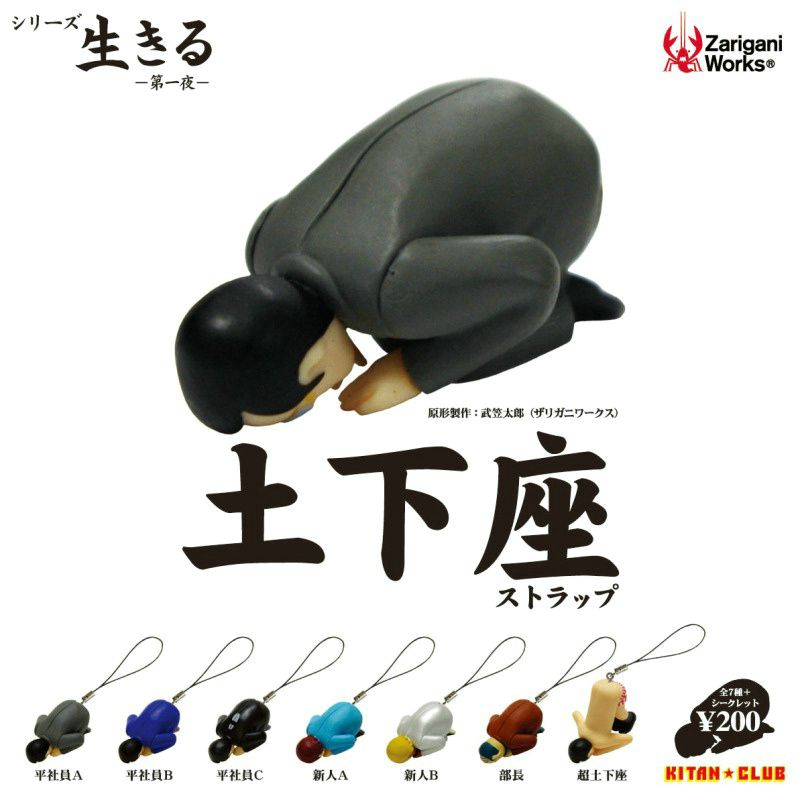 At present, the toy machine market is dominated by two toy giants in Japan “Bandai” and “TAKARA TOMY“. In addition, in terms of gashapon products, the two toy manufacturers also have their own products, in addition to these two, like the Qi Tan Club, Ocean Hall It is also a very representative manufacturer in the manufacture of goods.

Let’s take a closer look at the performance of these vendors in the gastronomic market.

Bandai, the world’s toy manufacturer, accounted for more than half of the Japanese gashapon market. Bandai has entered the gastronomy market since 1977, and its gashapon trademark is “GASHAPON”, which is a phonogram, GASHA is a twisted sound, and PON is the sound of a toy falling. Also because GASHAPON was launched earlier and sold more, many foreigners mistakenly referred GASHAPON to all the toy toys. 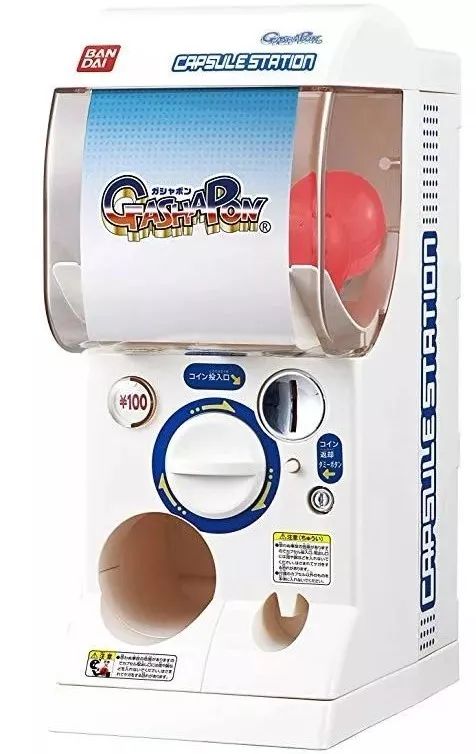 Wanda was released in 1983, and the first generation of the smashing egg eraser. In recent years, the popular IP-to-Dragon, Dragon Ball, and Monster watches have been very popular.

TAKARA TOMY, Japan’s second toyThe factory has entered the gastronomy market since 1986, and its gashapon trademark is “Gacha”. In terms of smashing eggs, in addition to making IP products such as Elf Pokemon, Disney, Sanrio, etc., it also introduces a series of “Stereo-Twisted Eggs Encyclopedia”. 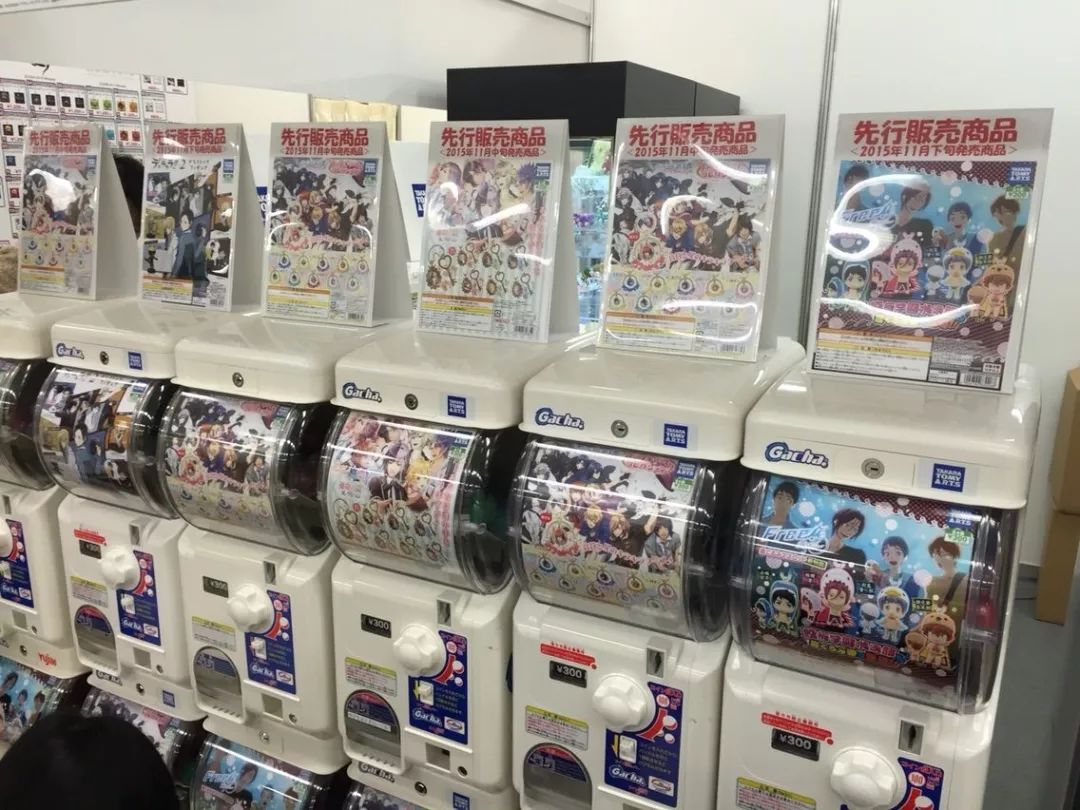 Qi Tan Club, a toy company established in 2006, mainly develops toy toy for adults. Since the launch of the “series of living undercarriage” in 2010, it has set off an adult twisting egg. Its “Cup of the Cup” series launched in 2012, the series has sold more than 20 million units by 2018.

It can be said that the products of Qi Tan Club can capture the interest of adults. 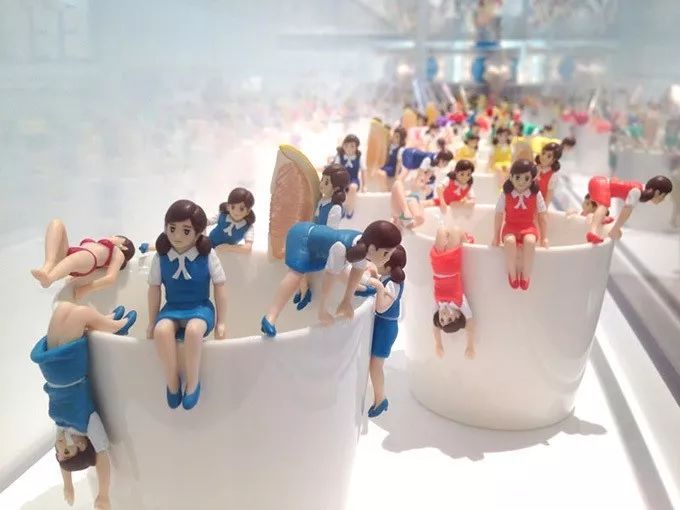 Because of the high degree of completion of this series of toys, there is also a lot of popularity. In addition to the gashapon chain, the airport becomes the new best-selling location

There are many Japanese gashapon shops, the most famous of which is “Gachagacha’s Forest” (ガチャガチャの森), which is There are 22 stores in Japan. The shop in Gachagacha is generally larger, with a gashapon machine and a wide variety of toy animals.

The largest store in Miyagi, Miyagi Prefecture, has 850 cappuccino machines and 170 different types of toys per month.

These chain stores are able to attract a lot of young people to come to spend, and they have gradually become the SNS punch card for young people. 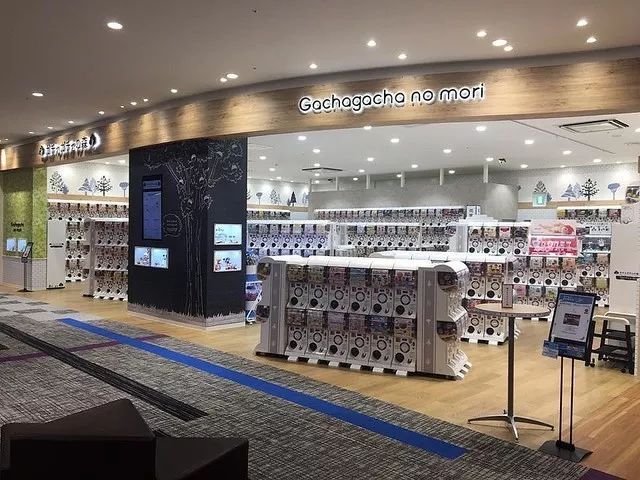 However, in addition to these chain stores, there is another place in Japan that can attract people to play the game, that is, Airport.

In July 2016, TAKARA TOMY partnered with Narita International Airport to launch the “JAPANESE CAPSULE TOY GACHA program. The participating members of the program are Dentsu, TAKARA TOMY, FRACTALE, and Penny.

At that time, TAKARA TOMY placed a gashapon machine in the second terminal of the Narita Airport, B1F, and unexpectedly was welcomed by foreign tourists. As a result, TAKARA TOMY was deployed at major airports, and 22 locations have been set up. For example, there are 162 gashapon machines in the 2nd passenger terminal of Narita Airport, and the two terminals of Kansai International Airport add up to 145.Taiwan Capsule Machine… 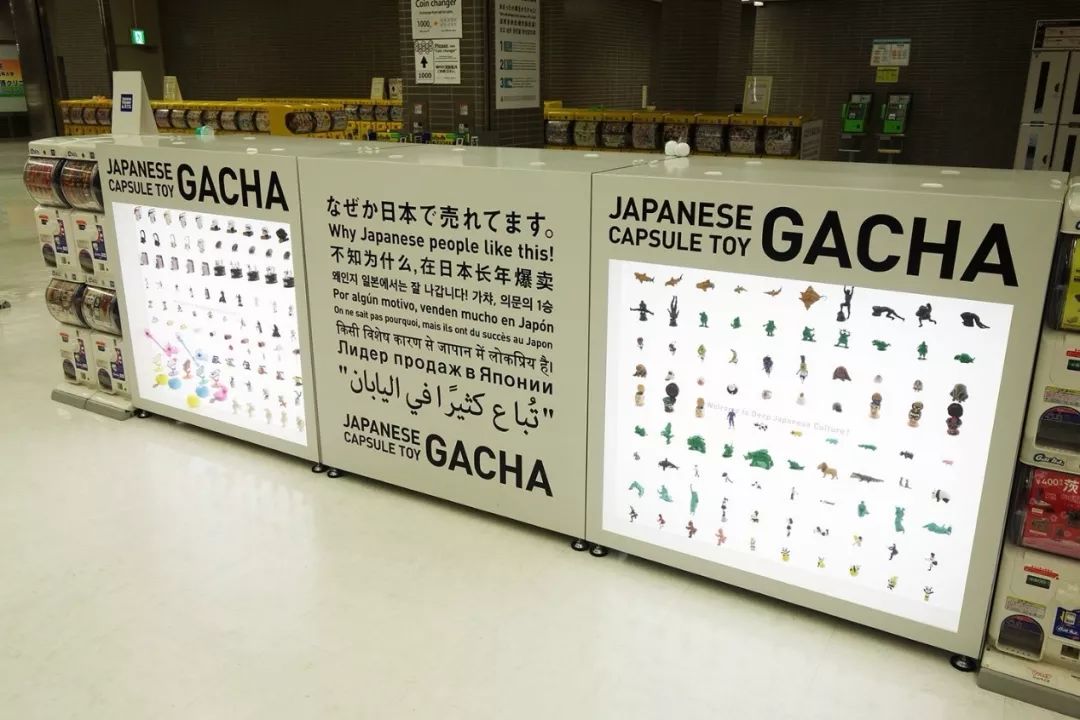 These toy car toys are posted on the store.
“Use extra coins for toys!“and“I don’t know why, I’m selling in Japan for years.” Such a multi-language logo to attract foreign tourists to spend. Ingeniously, these slogans have indeed worked well in inducing foreign travellers. At least 70% Foreigner. and sales of JAPANESE CAPSULE TOYGACHA are for general stores
3 to 5 times.

It is said that one-third of the tourists who come to spend are first contact with the gashapon, and the first time guests who experience the gashapon will feel a strong sense of freshness, most of them will not only twist once. It is twisted many times. 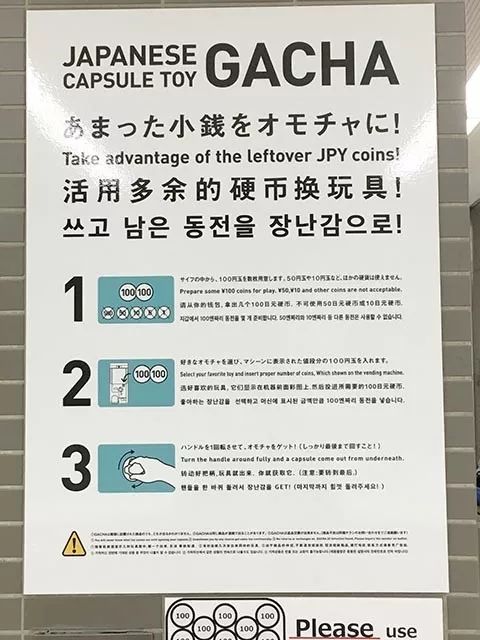 Language For foreigners visiting Japan, the airport is the last place to travel in Japan. If you want to use the rest of the change to buy Japanese specialties, these toy toys filled with Japanese thinking and creativity are a good choice. The price of these gashapons ranges from 100 to 500 yen, and the number of towed eggs is generally 200 to 300 yen.

The egg is not expensive, and the remaining yen coins of foreign travelers can’t change back to foreign currency. Then, before returning home, use the change to buy some interesting small items.Not for it? The sale of the twisted eggs at the airport also captured the psychology of tourists and achieved success.