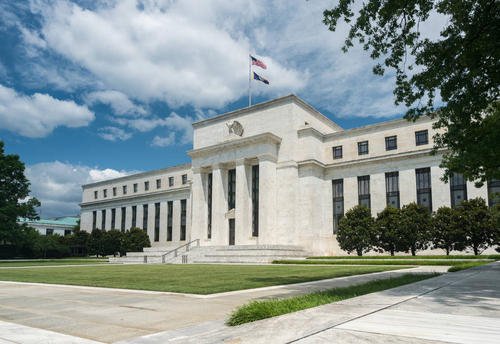 On October 13, local time, the Federal Reserve announced the minutes of the Federal Open Market Committee (FOMC) monetary policy meeting on September 21-22. The minutes of the meeting showed that the Fed was close to achieving its economic goals and could soon begin to normalize policy by reducing the pace of monthly asset purchases. The scaled-down bond purchase plan may start in mid-November or mid-December, and may end in mid-2022.

On September 23, Beijing time, the Open Market Committee of the Federal Reserve announced that it would maintain the target range of the federal funds rate unchanged at 0-0.25%, in line with market expectations. The Fed stated that “the pace of asset purchases will slow down soon,” but did not specify when.

Fed Chairman Powell said at a press conference after the meeting that the Fed “may announce the reduction of debt purchases at the next policy meeting at the earliest” and does not rule out waiting longer Possibility of time to restart.

The minutes of the meeting pointed out, “Participants generally believe that if the economic recovery is basically on the normal track, then the gradual reduction process may be ended around the middle of next year. Appropriate. If you decide to start reducing bond purchases at the next meeting, you can gradually reduce your monthly bond purchases from mid-November or mid-December.”

In terms of inflation, the minutes of the meeting stated, “Most participants believe that inflation risks are on the upside because they worry that supply interruptions and labor shortages may last longer, and are Prices and wages have a larger or more lasting impact than they currently assume.”

Some officials believe that inflation may continue to rise in 2022, and there will be an upward trend. risk. They worry that rising inflation may be passed on to the long-term inflation expectations of households and businesses. Several participants also said that as demand and supply imbalances related to the new crown epidemic eased, upward pressure on prices would weaken. But some officials worry that the current inflationary pressureThe force may last longer than they expected.

However, participants generally believed that the current monetary policy stance is important for promoting maximum employment and achieving long-term average inflation of 2% and anchoring long-term inflation expectations to 2%. Level is still appropriate.