A small company that used to be a tool software and earned a little money for vulgar advertising. How did it do so many unreliable things after listing?

Editor’s note: This article is from the WeChat public account “keso how to look” (ID :kesoview), author keso.

For those ghost ideas and ambiguous ideas that are obviously genital, there is a word in the Beijing dialect called “幺 幺”. Example: A certain singer is quite normal in the whole process of the game, but when it comes to the live finals, the scorpion moth is retired.

Feng Feng Group CEO Feng Xin was taken away and was officially arrested for alleged bribery and occupational embezzlement. It took more than a month. During this period, I read many articles about Feng Xin’s essays, as well as the feelings and sighs of more friends. I talked about the past, and they almost all have a word. Feng Xin is a “good guy”. At least, Feng Xin is still very successful in dealing with people.

But would a good person not sin? A corrupt official can be a good father at the same time. Can a murderer be a dutiful son at the same time, is there a conflict? The two crimes of bribery and occupational encroachment are much more serious than Jia Yueting’s list of Lao Lai.

I have a relationship with Feng Xin. On New Year’s Day in 2011, Feng Xin announced on Tencent Weibo that Storm Video cleared up the vulgar small ads and gave up millions of dollars at his fingertips. He was finally “not vulgar.” I sighed a few questions about the bottom line. Later, Feng Xin invited me to chat with his company. 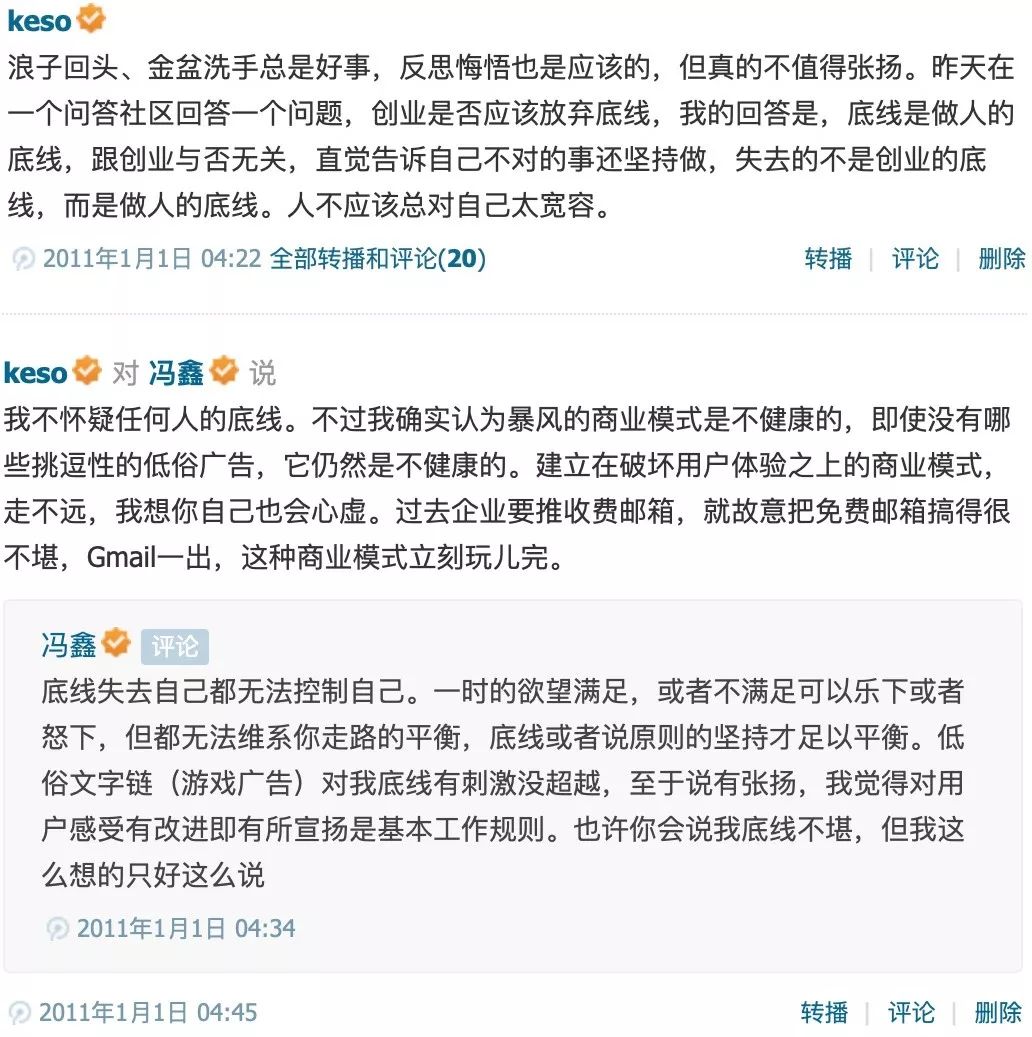 We have a microblog with Feng Xin

I didn’t know Feng Xin more because of that chat, and I didn’t change the view that the desktop video player is being completely replaced by the online video and the rolling mobile era. I just learned that all of them are People on the offline player will naturally continue to extend the life of this business.

Feng Xin was thenSay, the desktop video player “has at least five years of opportunity.” If it is normal development, after 5 years (2016), the storm will be exhausted, and it may be transformed to do something else. For example, if he did not make a video player, he would do the decompression tool. Although I believe that the concept of compression, download, and offline playback of these narrow-band periods will become history as the network bandwidth becomes wider and wider.

However, in 2015, the storm went public, and it just happened to catch up with the big bull market.

In my opinion, many people are destroyed, not because fate treats him too mean, but fate loves him too much. He puts him in a high place where he can’t hold it and can’t hold it. He succeeds. The ground made him float. 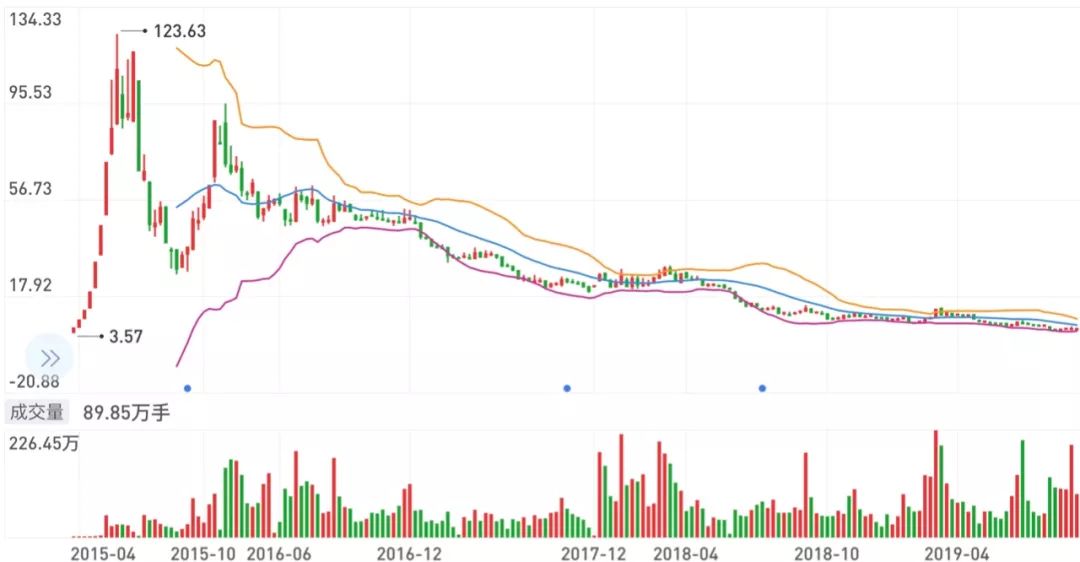 The unprecedented 37 daily limit boards made the storm the biggest “demon stock” in history. At that time, Feng Xin said frankly that it was a bit “super-expected” to rise so much, but he still thought that the stocks of the storm would “grown up 100%.” ​​”It has a mass base and a popular heart.”

The enchanting stock always transforms an otherwise normal person into a gambler whose desire is far greater than the ability. He would think that I was so popular, I could incite more money and do more things. Many things used to have no chance to do it on my own.

LeTV has also been a monster stock. As early as 2013, when LeTV’s share price rose from 13 to 28, the media referred to LeTV as a monster. However, compared with the subsequent surge, the LeTV network in 2013 has risen too softly. At the end of 2014, after Jia Yueting’s investigation and treatment returned from abroad, LeTV was really demon. 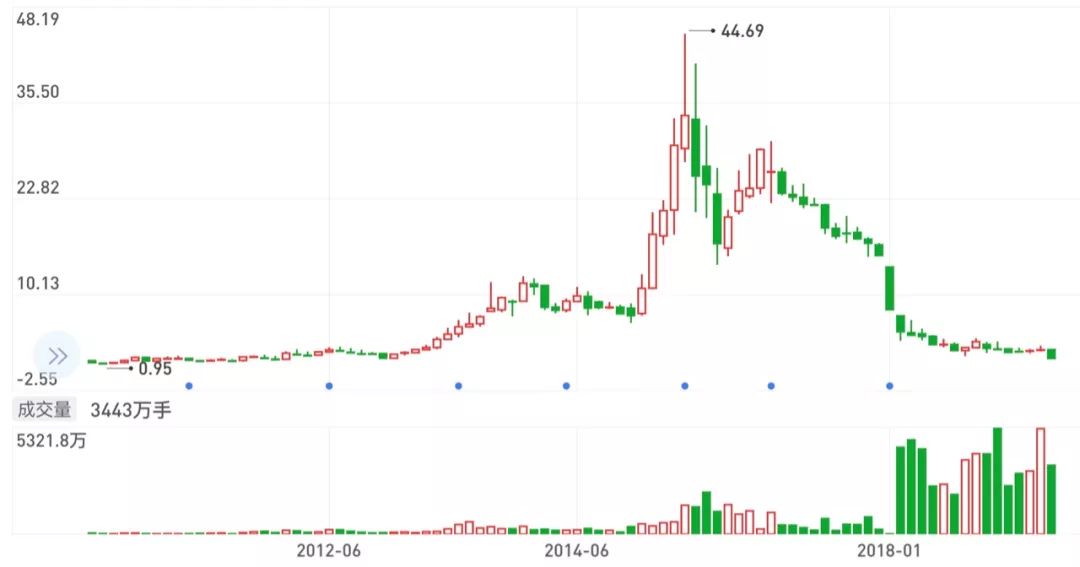 Jia Yueting has planned seven major ecosystems for LeTV, and his favorite is electric cars. A video website that uses copyright distribution is related to electric vehicles. No one seriously asks questions. On the contrary, many people believe that ecology can really be reversed. Why not make a fortune together?

After listing, Storm also announced the “DT Grand Entertainment Strategy”, expanding from a single video service to a federal ecosystem – Internet video, VR, smart home entertainment, live broadcast, film and television culture, Internet games and O2O. This began to lick the moth. If you are a video player, even if you want to be ecological, you have to take advantage of the high stock price. After all, what you have to do is something you have never done before.

In the second year, Feng Xin felt that the pattern of “DT big entertainment strategy” was too small, so he upgraded to “the leader of the new entertainment platform” and proposed the N421 strategy, which relies on PC, mobile phone, VR, TV. These 4 screens, the content reproduction platform of the core of the contrast and sports, and the platform and services of the core technology of big data. N stands for a variety of business forms and carriers such as advertising, e-commerce, finance, hardware, O2O and gaming. The cockroach moth is getting bigger and bigger, and the people in the rivers and lakes are called “Little Music”.

Looking back, the storm is still doing one thing after all, that is, the PC video player business that has basically died, and all the things that it has been involved in, one counts one, are all moths. Of course, the biggest moth, Feng Xin, did not understand the copyright business of sports events, nor did he understand cross-border mergers and acquisitions. He really bought the British sports copyright giant MP & Silva, only two and a half years later. The company was ordered to be liquidated by the British court.

MP & Silva was called “the last VIP ticket for the sports industry” by Feng Xin, but in the end it became the biggest pit to fold himself into.

A small company that used to be a tool software to earn a little money for vulgar advertising, just like Feng Xin himself said, “Before the listing of Storm Video, it has been a small Internet company, and its cash flow and profits are very healthy. There are nearly one hundred million profits in the year. How do you do so many (if not all) unreliable things after listing?

I think this is another living example of “good guys” being ruined by monsters. The former one is Jia Yueting.