The wave of sustainable development is sweeping the world, and the demand for clean power procurement by enterprises is increasing day by day. In mature power markets such as the United States, Europe, and Australia, companies can meet their own green consumption needs through green power and green certificate transactions. China has the world’s largest clean power generation system, and domestic and foreign companies have also been pressing for green power purchases in recent years. But for a long time, due to the lack of a green power trading mechanism, even if companies are willing to spend more to buy green power that does not produce carbon emissions, I am sorry, it may not be possible in reality.

Until September this year, the National Development and Reform Commission and the National Energy Administration officially approved the “Green Power Trading Pilot Work Plan”. The above constraints were eliminated and China ushered in becoming the world’s largest green company. Strong wind in the electricity trading market. Simply put, green power trading means that users can purchase wind power, photovoltaics and other new energy power through power trading, consume green power, and obtain corresponding green certifications. Previously, most of the liberalization in the domestic power market was conventional power sources such as thermal power. New energy power generation was mainly purchased by grid companies on a guaranteed basis, and most of them did not participate in the market.

According to news observations, at present, domestic companies with the highest willingness to purchase green power include several categories: rich purchasing experience in overseas green power markets, Multinational companies in China that coordinate emission targets; traditional industrial companies that are facing continuous tightening of energy consumption indicators and in the process of transformation and upgrading; and export-oriented companies that hope to improve their export competitiveness.

In addition, the data center, which has always been known as the “energy-consuming behemoth”, is also the most active market entity for green power procurement. In the Internet data center industry, the application of renewable energy power can be said to have been popular for a long time. As one of the few industries in which the proportion of electricity consumption in the total electricity consumption of the whole society will continue to grow rapidly in the future, the background, motivation and future planning of data center procurement of green electricity are more complicated than many industries.

Chen Jiangping, senior vice president of GDS, said in a recent news interview that, in fact, the company’s “appetite” for green power is much more than that. Based on the future power demand for data centers, 100% use of green power The long-term goal of power generation, the mid-to-long-term green power market resource supply and other comprehensive predictions, data center companies have launched long-term layout and competition around high-quality renewable energy resources.

< /div>Chen Jiangping said that GDS has set up a dedicated energy team to benchmark the energy consumption model of its international counterparts to track the trend of domestic renewable energy policies for a long time. In the green power transaction, he has participated in many regional New energy transactions, such as purchasing wind power in Zhangbei, purchasing hydropower in Shanghai and Chengdu, and participating in new energy transactions in Guangdong, are the first companies in the industry to participate in green power transactions in the above regions. Since 2019, GDS has begun to participate in green power transactions. In electricity trading, the proportion of green electricity usage (excluding the inherent utility power) will increase from less than 10% in 2019 to more than 20% in 2020, and it is expected to reach 30% in 2021.
< /div>But for the top data center service provider, the ultimate goal is to achieve 100% use of green power in the data center, and there is still a lot of room for growth. With the launch of the national pilot program, the number of companies participating in green power transactions, The project distribution area and market scale are rapidly expanding.

How to decide which and how much green power to purchase? Chen Jiangping explained to the news that due to the company’s data center resource distribution In many regions across the country, when making green power procurement decisions, the first thing to consider is the power demand of the local data center, and at the same time, combined with the annual decomposition target of its own green power usage. Make a comprehensive judgment on the supply scale, supply capacity, and price level of electricity. “

This actually involves a calculation problem that is not necessarily simple. There is a spatial error between the enrichment area of ​​green power and the enrichment area of ​​data center resources to a certain extent. Equipped, domestic clean energySources are mainly distributed in the “Three Norths” areas such as Northeast, North China, and Northwest China, as well as in the Southwest. The data centers are mainly concentrated in the core cities of Beijing-Tianjin-Hebei, Yangtze River Delta, and Pearl River Delta. Once it involves cross-province and cross-regional transactions, the transaction price of green power is determined by local resource endowments, supply and demand, transmission and distribution costs and other factors. In this case, the cost premium caused by its green value may not necessarily be in the data center company. Within the acceptable range.

The reason is that in the overall operating cost of the data center, the cost of electricity accounts for about 40%-60%, occupying an absolute dominant position, and its changes are quite sensitive. “The two things of cost and social responsibility must be taken into account.” Chen Jiangping emphasized that as a company, it must not only be benchmarked with international counterparts, but also be benchmarked with domestic policies, “to balance the overall cost between the two, And the feasibility of the sustainable development strategy.”

Chen Jiangping believes that this may not be the case in the long run, and there are differences in the price level of green electricity in different regions. The future domestic green power price trends will affect the factors from many aspects, depending on the growth scale and speed of affordable wind power and photovoltaic projects participating in green power trading, the market demand for green power procurement, and the connection between green power trading and carbon trading mechanisms. Synergy with other multi-type renewable energy market mechanisms, etc. According to foreign practice, the price of green power is roughly the same as that of thermal power, or even lower. 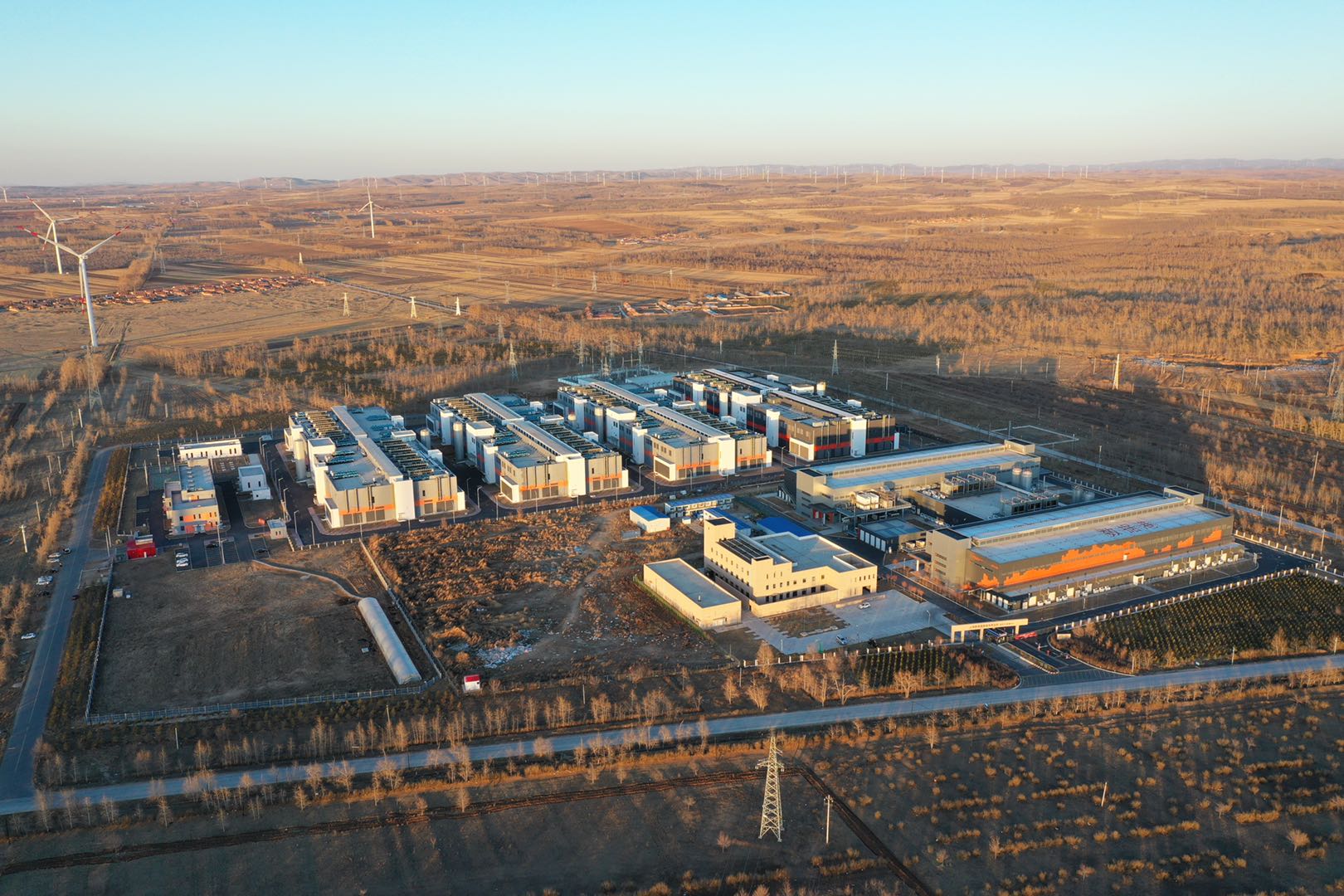 According to CCID Consulting’s statistical data, China already has various types of large, medium, small and micro data centers in 2019 Approximately 74,000, with a total rack size of approximately 2.27 million. The resulting electricity consumption is about 60 to 70 billion kilowatt-hours, which is equivalent to 0.8% to 1% of the electricity consumption of the whole country.

There is no doubt that the above-mentioned scale of electricity consumption will continue to grow with the development of the economy. CCID predicts that by 2030, China’s total data volume will exceed 4YB, accounting for 30% of the global data volume. In order to store and process these data, taking into account the technological progress of IT technology itself, it is preliminary estimated that the total scale of China’s data center in 2030 will reach 2-3 times the scale of 2019. The resulting total energy consumption is expected to double on the basis of 2019, reaching about 1.5% to 2% of the total electricity consumption of the society.

With the advancement of the “dual control” action of total energy consumption and intensity, in the competitive areas of data business such as Beijing, Shanghai, Guangzhou, etc., green development of data centers has been introduced A series of related policies.

For example, in September 2018, the Beijing Municipal Government announced the “Catalogue of Prohibitions and Restrictions for New Industries in Beijing” (2018 Edition), which will only be allowed in central urban areas in the future. In addition, build cloud computing data centers with a PUE value below 1.4.

PUE is a general indicator to measure the efficiency of data center power usage, that is, the ratio of the energy consumed to the energy used by the IT load. The benchmark is 2. The closer the value is to 1, the higher the energy efficiency level.

In July of this year, in order to promote the continuous improvement of energy efficiency and carbon efficiency in data centers, the Beijing Municipal Development and Reform Commission issued the “Regulations on Further Strengthening of Energy Conservation Review of Data Center Projects”, specifying the requirements Newly built, renovated and expanded data centers should gradually increase the proportion of renewable energy utilization, and encourage projects built in 2021 and beyond. The proportion of annual renewable energy utilization in annual energy consumption will increase by 10% each year, and 100% will be achieved by 2030 ( Excluding the share of existing renewable energy in the power grid).

“Data centers need to tap the potential of internal emission reductions, and fully improve energy use through the full life cycle management of design, construction, and operation and maintenance, and the use of advanced management and technical means Efficiency, combined with the use of large-scale green energy, achieves carbon neutrality on the basis of sufficient emission reduction.” Chen Jiangping said. He believes that the development of data centers and first-tier citiesThe symbiotic relationship with strong coupling will become part of the future urban energy system. Achieving carbon neutrality in data centers is a long-term task. Under the “dual carbon” goal, data centers are in the process of constantly chasing peaks, and they must also be carbon neutral in this process.

In addition to the green transformation of the data center itself and the tightening of local energy consumption constraints, under the “dual carbon” goal, Internet companies, cloud computing vendors, financial companies, etc. The importance of major customers on the use of renewable energy in data centers is also escalating.

“It is difficult to achieve carbon neutrality through a single carbon reduction method.” He said that GDS will use new energy direct investment, green power (certificate ) Combination models such as trading to achieve carbon emission reduction targets. For data centers distributed in different regions, there are differences in the combination of transaction mechanisms and emission reduction mechanisms adopted. At different stages, the proportion of the portfolio will also change with market prices and policy adjustments.

It is certain that the data center industry will directly or indirectly apply more renewable energy power in the future. Under this expectation, the seizure and lock-in of high-quality green power resources has begun.

Chen Jiangping said that the industry characteristic of data centers is long-term operation. Once completed, the operation cycle will last as long as 20 to 30 years. This is also the main reason why data center companies and new energy companies have formed a long-term close cooperative relationship. The investment cycles of the two are highly similar. “The power load of the data center is stable and requires extremely high operational stability, but renewable energy power generation is intermittent and fluctuating. Therefore, to ensure sufficient large-scale supply, new energy supply must be deployed in advance to ensure stability, The cost-effectiveness and the rationality of the combined structure. It is too late to rely on short-term actions for one or two years.”