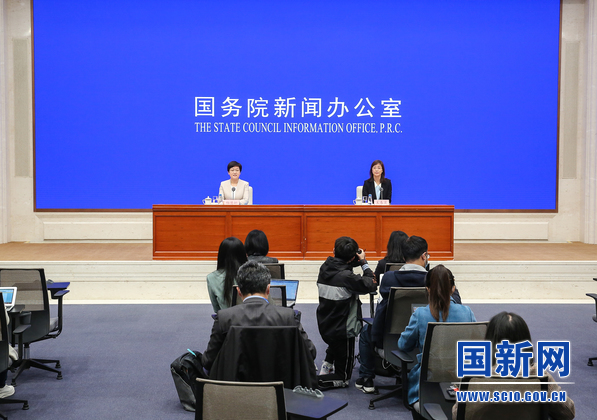 Faced with the repeated signals of monetary policy adjustments released by overseas central banks represented by the Federal Reserve, Wang Chunying, deputy director and spokesperson of the State Administration of Foreign Exchange, introduced the top three of this year at the State Council Information Office on October 22 In the quarterly China’s foreign exchange receipts and payments, it was stated that, on the whole, China’s foreign exchange market’s ability to resist risks is significantly stronger than in the past. The current round of Fed’s monetary policy adjustment will not change the pattern of China’s basic balance of payments, nor will it change the RMB exchange rate. Basically stable situation.

Specifically, Wang Chunying said: First, the market has full expectations for the Fed’s path to reduce debt purchases, and the risk of turmoil in the international market in the short term is controllable. .

Since the second half of this year, the Federal Reserve has repeatedly reduced bond purchases and market communication. The pace and intensity of its monetary policy adjustments are in line with market expectations. Since the third quarter (as of yesterday), the U.S. dollar index has risen by 1.4%, the 10-year U.S. Treasury yield has risen by 0.2%, the Dow Jones Industrial Average has risen by 3.2%, and the international financial market has fluctuated slightly and is generally stable. In addition, judging from past experience, the Fed’s balance sheet is easy to expand and difficult to shrink, and the epidemic may have a profound impact on global economic activities. Judging from the current US fiscal deficit and financial market valuations, both are at historical highs. It is generally expected that the normalization process of the Fed’s monetary policy will be gradual, and the impact on the international financial market and China’s foreign exchange market will also be reduced.

Second, the robustness of emerging economies themselves has improved and their adaptability to the adjustment of the Fed’s monetary policy has increased. This round of the Fed’s quantitative easing monetary policy lasted relatively short, but the amount of funds released was relatively large. During this period, not many funds flowed directly into emerging markets. According to the monitoring of the International Finance Association, from April last year to September this year, the average monthly scale of capital inflows into the securities markets of emerging economies other than China was significantly lower than that from 2009 to 20The last round of Fed’s easing period in 2013. At the same time, the fundamentals of emerging economies themselves have improved significantly in recent years. For example, the current account deficit as a percentage of GDP has narrowed, the growth of foreign debt has slowed, and foreign exchange reserves have increased. Overall, the ability to resist external risks has been enhanced.

Third, China’s macro fundamentals are stable, the foreign exchange market has become increasingly mature, the structure of external liabilities has been continuously optimized, and the ability to withstand external shocks has been significantly enhanced. From a macro perspective, the resilience of China’s economic development continues to appear, with major macroeconomic indicators operating within a reasonable range and relatively stable; the current account surplus is also in the equilibrium range, and the foundation for internal and external economic balance is solid; at the same time, the two-way opening of the financial market has been steadily advancing. The two-way balanced flow of foreign funds; the increasing flexibility of the RMB exchange rate is conducive to releasing pressures for appreciation and devaluation. From a micro perspective, the structure of foreign debt has been continuously optimized. During the current round of Fed easing, China’s foreign currency debt increased by less than half of the previous round from 2009 to 2013. The growth of foreign debt in domestic currency is mainly due to foreign investors coming to invest in bonds in China. Among them, there are more long-term bonds, and the stability is relatively high. At the same time, the proportion of financing external debt has dropped from 79% at the end of 2014 to 55% at the end of June 2021, and a considerable part of financing external debt is related to trade, that is, trade credit, so this type of risk is relatively low. On the whole, China’s foreign debt has been relatively stable in recent years, and the debt ratio, debt service ratio, and debt ratio are all within the international safety line.

” Therefore, this round of Fed monetary policy adjustment will not change the pattern of China’s basic balance of payments, nor will it change the fundamental stability of the RMB exchange rate. Of course, The contradiction between US production supply constraints and demand recovery is difficult to quickly eliminate. In the future, US inflation may continue to fluctuate at a high level. We will still pay close attention to this issue, as well as the pace of Fed rate hikes and related impacts.” Wang Chunying said.