“At present, we are actively preparing for some verification work in the approval process, and cooperating with relevant departments to answer some related basic, clinical, production and quality control related questions.” Recently, Professor of Tsinghua University School of Medicine, Director of Global Health and Infectious Diseases Research Center Zhang Linqi disclosed the latest developments in the combination therapy of BRII-196 and BRII-198 neutralizing antibodies in an exclusive interview with reporters from News (www.thepaper.cn). 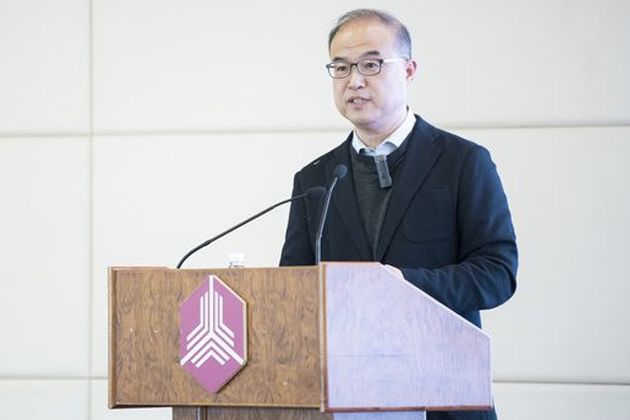 From neutralizing antibody therapy to small-molecule oral drugs, the development of new crown therapeutic drugs has recently attracted much attention. In China, leading the way is the BRII-196 and BRII-198 neutralizing antibody combination therapy jointly developed by Tsinghua University, Shenzhen Third People’s Hospital and Tengshengbo Pharmaceutical (02137.HK). Earlier, according to the Ministry of Science and Technology, the therapy is expected to be approved for listing with conditions in the country before the end of December.

Since the beginning of 2020, Zhang Linqi has started research on the new coronavirus. As a participant in the research and development of the domestically produced new coronavirus neutralizing antibody therapy, Zhang Linqi told the reporter: “At present, from the corresponding Regulatory agencies, including the Drug Approval Center and the National Food and Drug Administration, as well as the safety and effectiveness of research data displayed at home and abroad, are still very confident that the BRII-196 and BRII-198 neutralizing antibody combination therapy can be approved for marketing And look forward to.”

What’s the news about neutralizing antibody therapy for mutant strains? What kind of research will be carried out in the future for BRII-196 and BRII-198 neutralizing antibody combination therapy? What is the relationship between different new crown treatment drugs? With the new crown treatment drugs, is the vaccine still useful? In this interview, Zhang Linqi answered the above questions in detail.

According to the previous report of Science and Technology Daily, the combination therapy of BRII-196 and BRII-198 neutralizing antibody Clinical Phase III has been unblinded, showing that the antibody combination drug can reduce hospitalization and mortality by 78%, and the drug group achieved zero deaths after 28 days of treatment, and the control group had 8 deaths. The detailed results will be announced in the near future.

In an exclusive interview, Zhang Linqi told the newsAccording to the author, at present, the third phase of clinical research has been unblinded, and more results are being analyzed and summarized.

“Clinical research includes the need for basic research and clinical trials to cooperate with each other. Basic research mainly focuses on the mechanism of antibodies inhibiting the virus and how to maximize the antiviral activity of drugs in the body. The long-lasting effect and the broad spectrum of different variants will continue to be studied.” Zhang Linqi said, Research on the combination therapy of BRII-196 and BRII-198 neutralizing antibodies has not stopped. Keep going forward.

It is worth noting that Zhang Linqi also revealed that in the future, corresponding work will be carried out for the application of the above-mentioned combination therapy in prevention. Regarding the preventive effect of neutralizing antibody drugs, Zhang Linqi said in an exclusive interview with reporters that long-term use of antiviral drugs has proved that long-term use of antiviral drugs has a strong preventive effect in anti-HIV infection.

From a global perspective, COVID-19 neutralizing antibodies are mostly regarded as therapeutic drugs. In fact, antibodies have great potential in preventing infection and disease progression. For example, in April this year, Regeneron Corporation released the results of a phase III clinical trial, showing that the antibody drug can effectively reduce the risk of symptomatic infection in asymptomatic infections and can effectively shorten The time it takes to recover after infection.

In addition, Junshi Bio’s neutralizing antibody therapy JS016 and LY-CoV555 developed by Eli Lilly and Company of Canada/Canada’s AbCellera form a combination therapy for emergency use in the United States The authorization also approves its use for post-exposure prevention.

Regarding the research on the prevention of BRII-196 and BRII-198 neutralizing antibody combination therapy, Zhang Linqi introduced, “The domestic epidemic situation is very well controlled, and some cases are also It is distributive and cannot be used for internationally rigorous clinical research under these conditions. Therefore, relevant research must be carried out abroad, especially in countries and regions with relatively high infection rates, in order to objectively evaluate the preventive effects of antibody drugs.”

“Of course, as we use antibodies in treatment, we will greatly improve our awareness of their preventive effects. The vaccinated population demonstrates the dual role of antibody combination drugs in treatment and prevention.” Zhang Linqi said frankly that research on the prevention of new crown neutralizing antibodies needs to be carried out as soon as possible, although there are certain obstacles in actual operation.

How effective is the neutralizing antibody therapy on the delta variant? Is it a special medicine?

Since the beginning of 2020, the global new crown epidemic has lasted for nearly two years, and the new crown virus has continued to mutate in the process, especially the new crown mutant virus The delta strain has gradually become the predominant epidemic strain in the spread of the global epidemic, causing people to worry about the effectiveness of the new crown vaccine and new crown treatment drugs.

Regarding the effect of BRII-196 and BRII-198 neutralizing antibody combination therapy on variant strains, Zhang Linqi said that in the process of global multi-center clinical trials, especially From May to August this year, the main epidemic strains in the country where the study was conducted were Delta virus. Phase III clinical trials that have been unblinded have demonstrated the effectiveness of 78% in reducing death and hospitalization rates. It also proved that these mutant strains have maintained good activity, and the broad spectrum of the drug is also resistant in vitro. Shown in the virus experiment.

Recently, a number of new crown treatment drugs at home and abroad have announced the latest developments. For example, in foreign countries, Pfizer’s new crown oral drug PAXLOVID has applied for emergency use authorization in the United States; Merck’s Monu Pivir has been approved in the UK, becoming the world’s first approved oral antiviral drug for the new crown.

Many people call the above-mentioned new crown treatment drugs “new crown specific drugs”. In this regard, Zhang Linqi explained: “From a strict medical definition, specific drugs are basically drugs with strong targeting and high precision. From the new crown neutralizing antibody drug, one of its mechanisms of action is the target. To accurately identify the surface protein of the virus so that the virus cannot enter the cell. In this sense, it is indeed a special drug, which is also recognized by the medical community at home and abroad.. ”

From a global perspective, the current new crown treatment drugs are mainly concentrated in two categories: neutralizing antibody therapy and oral small molecule drugs. There are opinions in the industry that oral small molecule therapeutic drugs have more advantages in convenience and production costs.

In this regard, Zhang Linqi said that in general, the production cost of small molecule drugs and the convenience of their use are superior to antibody drugs, but antibody drugs themselves also have small molecules. Advantages that cannot be replaced, such as antibody drugs, which can not only fight viruses, but also quickly improve immunity. At the same time, “like the new crown antibody we developed, some modifications have been made to make the antibody stay in the body after a shot. More than a month, it can still maintain a very strong anti-virus ability.”

“This kind of long-lasting, antiviral activity and immunity enhancement is unmatched by small molecules.” Zhang Linqi concluded that from the perspective of a researcher, whether it is Antibody drugs or small-molecule drugs are hoped to play a greater role, allowing people to respond to the epidemic in the most economical and affordable way.

Regarding the current global pattern of multiple new crown treatment drugs going hand in hand, Zhang Linqi believes that this is a state of mutual competition and mutual promotion.

“As ordinary people, including themselves, they all hope to get the best medicine or vaccine at the best price. In this sense, whoever catches it early With accurate grasp and rapid progress, it is possible to enter the market first. Of course, if the effectiveness and safety of the drug is not as good as other varieties, it will be naturally eliminated.” Zhang Linqi said that it is normal for multiple new crown drugs to compete in the same field. Yes, for the general public, it is a very healthy market competition.

With the new crown treatment drug, is the vaccine still needed?

New crown drugs including BRII-196 and BRII-198 neutralizing antibody combination therapy are regarded as the hope in the therapeutic field, with multiple products Announcement of positive progress, and even when a product is approved for the market soon, some people think that if there is a medicine, there is no need for a vaccine.

For the above point of view, Zhang Linqi believes that behind this is the understanding between vaccines and drugsMisunderstanding, for any disease, prevention is the most important thing. Vaccines and therapeutic drugs whose main purpose is prevention are a very good complementary relationship.

“The tripartite cooperation has always been very smooth. In terms of giving full play to and complementing each other’s advantages, it is a special call to come, to fight, and to win. Sincere cooperation team.” Zhang Linqi commented.