Three-cylinder, a word that makes many “fans” sneer, because the ghost-like shaking is the fate of all three-cylinder models.

Even if the excellent manufacturers such as BMW have already killed the excess vibration in the cabin, many people mention the three-cylinder or decisive words: do not buy.

Talk about the three-cylinder color change, and now it is the normal state of the rim. Those models that were born with only three-cylinder engines are bound to have a lot of topics, such as the new Focus in front of me, specifically Fox Active, a crossover model that is infinitely close to the SUV. Like the regular Fox look, Fox Active also has an Aston Martin face, and the headlights have a slight Volvo Quake. Compared to the sedan model, the Fox Active ground clearance is significantly higher. In one sentence, Fox Active is like a fat version of the hatchback Fox wearing a high-heeled shoes. There is nothing to look at. There is one point that needs to be mentioned. The rear door is similar to the design of the BMW “Horse Corner”. If your chest “muscle” is promoted, it is estimated that you should not like it when you open the door. This kind of design, don’t ask me if I know… 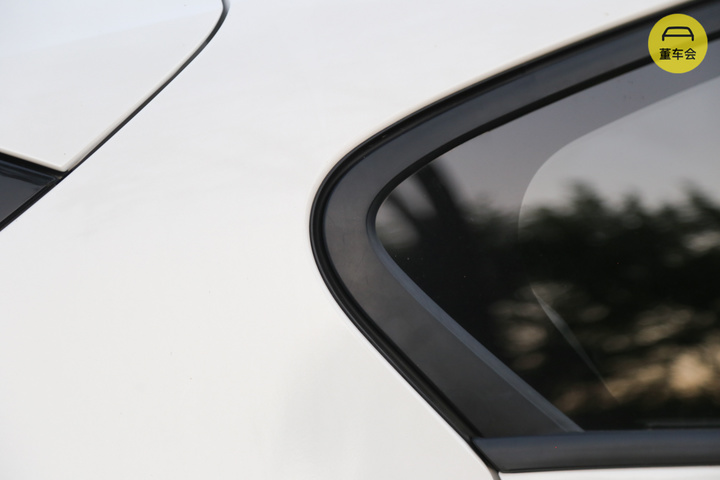 Respond to the questions that everyone cares the most, the three cylinders are shaking?

Open the lid, the ghost-like shaking of the face, the flat hood can hardly stabilize a pack of cigarettes.

The jitter in the cabin is not really important, the focus is on the inside of the car. If you use the percentage system to measure the jitter suppression of Fox Active, I will probably play about 80 or so, and the lost 20 is when the brakes are idling.

A lot of people are used to hanging red lights such as D-stop brakes. If you don’t turn off the automatic start and stop of Fox Active at this time, then the surprise is coming. The rhythmic jitter will be transmitted directly to your sole through the brake pedal. board. However, there is a saying that the P block will obviously be much better when it is parked at idle speed. Although such jitter does not have much trouble for the average person, my biggest concern is that as the vehicle age increases, the connecting parts such as the feet are gradually aging, and such jitter will not be intensified. After all, I This one in hand is only a quasi-new car that has ran more than 3,000 kilometers.

Overall, the Fox Active driving experience is still very good, as always, the spirit of the hatchback Fox continues, and some SUV softness in the filter, will not make this car too blunt.

Although there are only three cylinders, the 1.5T machine has a book data of 128kW/243Nm, which is definitely not a small horse-drawn carriage. The initial adjustment of this car is more sensitive, almost the oil is flying, I try to pull the speed to 120km / h, the power performance is still abundant, the body is also showing solid stability. In terms of riding, the rear space of the vehicle is not bad, but the headrest is too small and hard to judge. 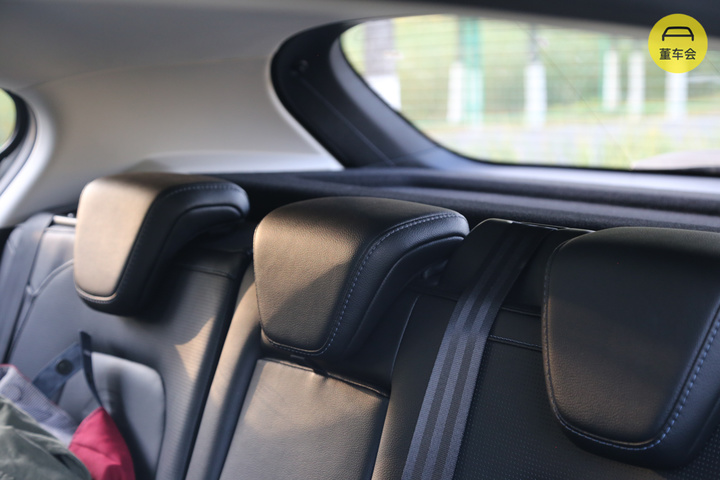 As a car with a sports gene, the knob shift is not so sporty. I don’t think there is a classic gear, especially for those who are not familiar with the knob operation. It’s really hard to tell.

Of course, the effect of removing the block is also immediate. Ample front storage space makes you no longer have to worry about where to put your mobile phone change. The huge double cup holder and mobile phone wireless charging board are definitely not the slot of this car. The words are back, the car is open, the space is enough, this should beThe basic qualities of a car. If you have to find a strength and a three-cylinder congenital short board forcibly, then the car’s car system will be the only reason I persuade you.

After changing the joint venture car company, Ford has made great strides in the development of the car system. The Sync+ system of Fox Active is based on the deep customization of the small car OS.

Change the boring and old-fashioned design of the Sync 3 system. Sync+ uses a card-style UI. The interface is blue and the look is very fresh. If you don’t download the Ford app, you can’t use most of the features on the car system, including networked music, navigation, video, point take-out, buy. Tickets and more. The function of the payment attribute can be understood, but the function of navigating the song and watching the information, which is not necessarily strongly related to the account system, must be forced to log in, which makes people feel confused.

Aside from this slot, this car is still very easy to use. However, the payment that is ultimately involved depends on the mobile phone scan code. The car machine does not have a separate account or is directly connected to WeChat payment and Alipay.

BAT Well, you know. It is quite difficult for Baidu map to exist with QQ music at the same time. There are a lot of mobile phone users in these two softwares. The car version and the mobile phone version are similar, but they are adapted accordingly. You can refer to the experience on the mobile phone.

The individual feels pretty good and can almost replace the phone.

As with many “smart cars”, you can easily ask for your voice. In addition to the normal operation of navigating and listening to air conditioning, Fox Active’s speech recognition system also supports a lot of extra detail control, such as by voice. You can turn on the car Bluetooth and so on. Don’t underestimate these details. Sometimes, instead of rushing to find a function switch, it’s better to save a word, especially when you are driving. But you need to be reminded that the voice in the Fox Active car does not support the opening of the window, and the functions related to the body control are the restricted areas of voice control.

As for the accuracy of speech recognition, Baidu has been working hard in this regard. As long as you are not a very strong dialect, basically the recognition rate of Mandarin is still very high. However, it must be said that Fox Active’s built-in voice does not seem to support context understanding and wake-free, which means that you need to wake up and give instructions through “Hello, Ford” each time you use it. 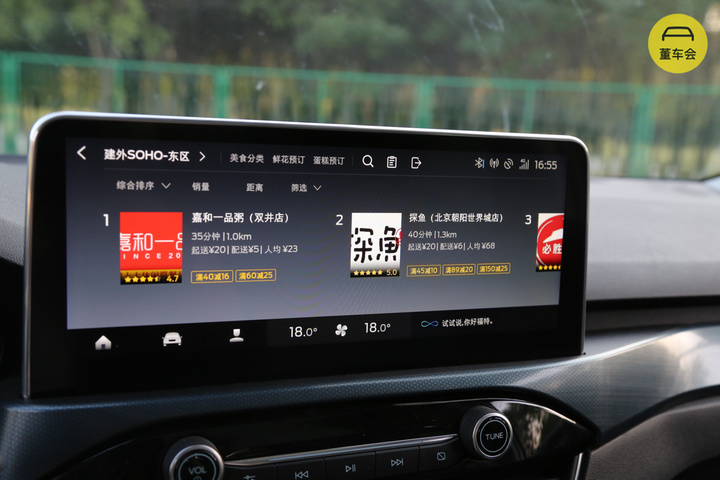 Fortunately, for the semantic understanding of mixed statements, this set of speech can still cope. For example, I asked “Help me check the Air China flight to Shanghai tomorrow.” Keywords: Shanghai, Air China. For this relatively complicated command, the car did not disappoint me. But there is an episode, and there is a problem with the final data presentation. Air China is a T3 terminal in Beijing, but the car is written with T2. I don’t know which part of the data is provided by the supplier. The fight. There is also a semantic bug. The system has obvious differences in the perception of “hotel” and “hotel”. You ask “five-star hotel”, it tells you a bunch of restaurants… Only you can find “five-star hotel” to find you. The result. 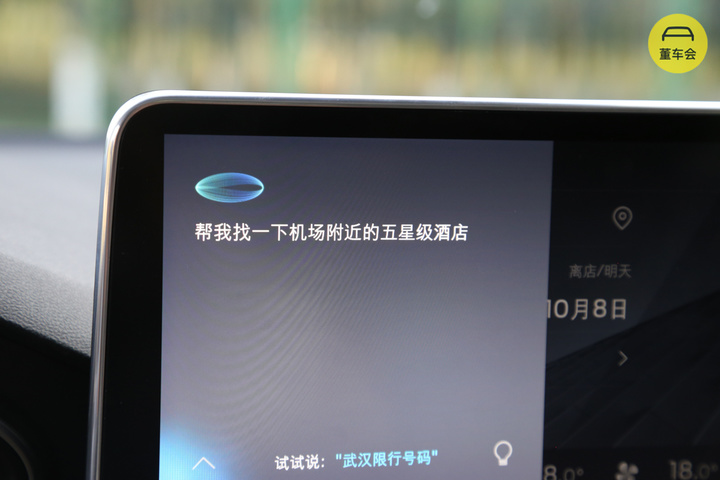 As the screen of the car becomes bigger and bigger, the quality of the panel is getting better, the network speed is getting faster and faster, the tariff is getting cheaper, and more and more cars can be watched online. Fox Active will Became one of them, Iqiyi provides the source.

You might not have imagined that the small Fox of the past is now being stuffed into a 12.3-inch horizontally-controlled large screen. With the B&O sound of the high-end model, the car experience is good. There must be a spit. Because the size of the car screen has not been standardized, the format of many films is very embarrassing. Large-area screens are wasted, and wide-format movies are forcibly stretched.

If you are worried that you can’t control yourself and can’t help watching the movie while driving, please put your heart in your stomach and Sync+ set it. When the vehicle hangs D, the video will be automatically interrupted. And remind you not to be distracted. In my opinion, the Sync+ system jointly launched by Ford and Baidu is considered to be one of the best joint venture models in the current joint venture. Feature-rich, beautiful designViewing and interactive convenience are the basic thresholds for an excellent car, and Sync+ is basically up to standard.

The two cylinders lost twenty, the car system pulled back a city.

If you love Fox’s driving control, are not sensitive to the three cylinders, and are eager to have a good in-car intelligent experience, then Sync+ blessing will be an important reference for you to choose Fox.