A masterpiece that is expected to win Oscar is also the most controversial film in the world.

In the bleak night of the darkness, the clown with oil paint on his face smiles, smearing the blood from his mouth to the corner of his mouth, standing on the roof and dancing. Affected by him, the entire Gotham City was caught in the turmoil of the end of the carnival collective sentiment, people began to burn cars, fights … The most famous villain clown was insulted to hurt the deceitful life to another dark tunnel, for this The dark temperament of the DC film made an anti-elitis interpretation. 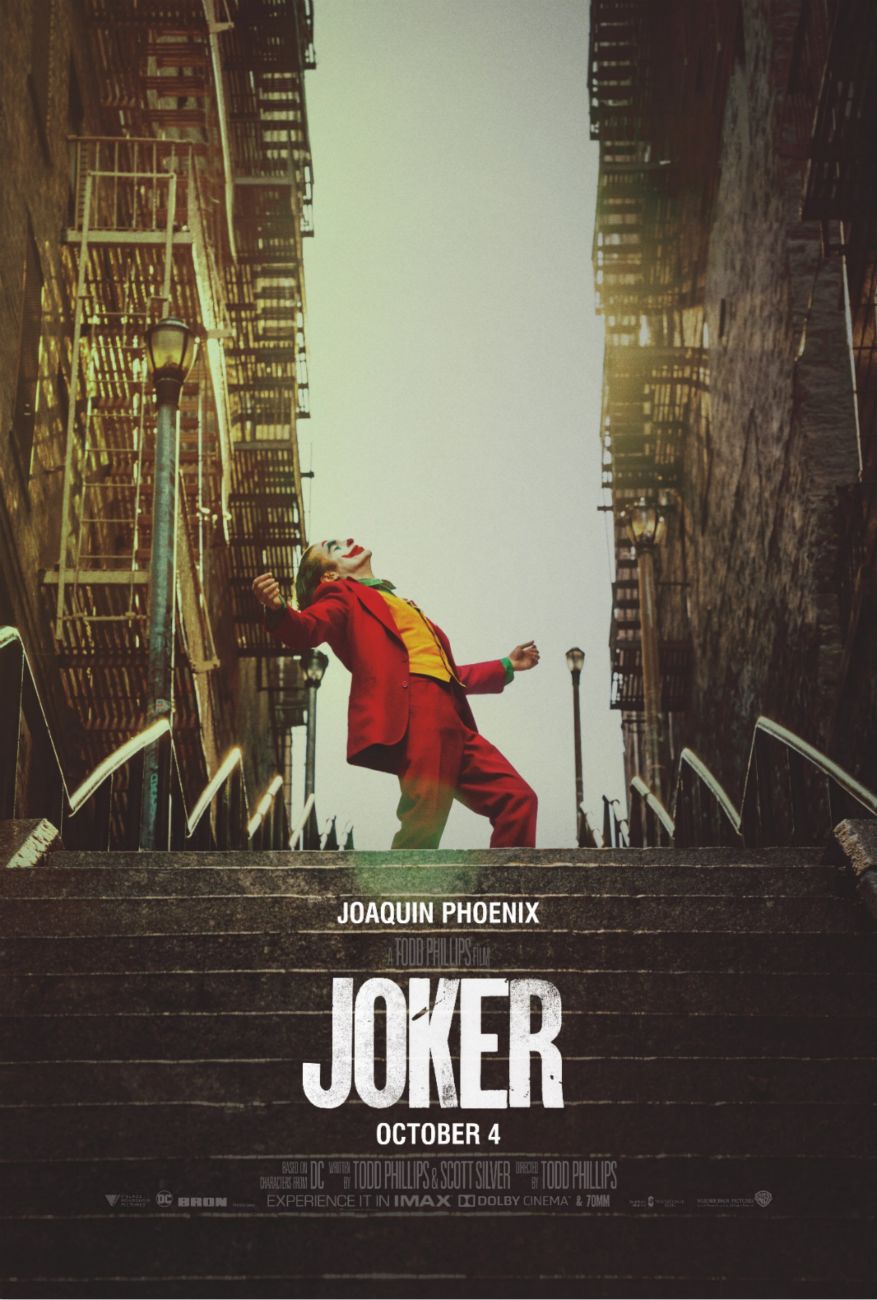 Obviously, this is the stage for a clown/Jequin Phoenix. You can’t even notice Robert De Niro, only to see the clown’s lonely figure. Every wrinkle on his face is acting. When he makes a pathological laughter that cannot be stopped, the audience can feel the pain and trepidation from the depths of the heart.

The film critic Pomi gave this comment in the anti-party film review section of “You Make them, dull and dull” about “The Clown”: “If the politics is not correct, I will miss it before. Sledge, I have forgotten him after reading this version.”

This is the first major movie in the top three film festivals in Europe. It is also a masterpiece that is expected to win the Oscar. It is also a film that broke the box office record and the world’s most Controversial film.

“The Clown” blew the horn of the Olympics,Multinational summit broke the ten box office record

The whole period from January to September 2019, due to the lack of strong support of the same level, the North American box office market continued to be cold. According to Box Office Mojo statistics, compared with the total box office in North America in the first half of the year. In the same period, it fell by 9.4%. In September, the box office reached US$535.5 million, down 15.6% from the same period last year of US$607.1 million. The box office champion of the month was “Clown Back Spirit 2”, and it was the only blockbuster that broke through $100 million at the box office.

However, this situation will improve as the award season arrives. Q4 has always been heavily loaded on the pileThe “Olympic” schedule of the movie is also a key period for the North American ticket property in a year. The cost is only $55 million. The “Clown”, which costs one-third of the cost of a typical British movie, blew the Oscar’s first horn and also injected a shot in the box office for the North American box office. 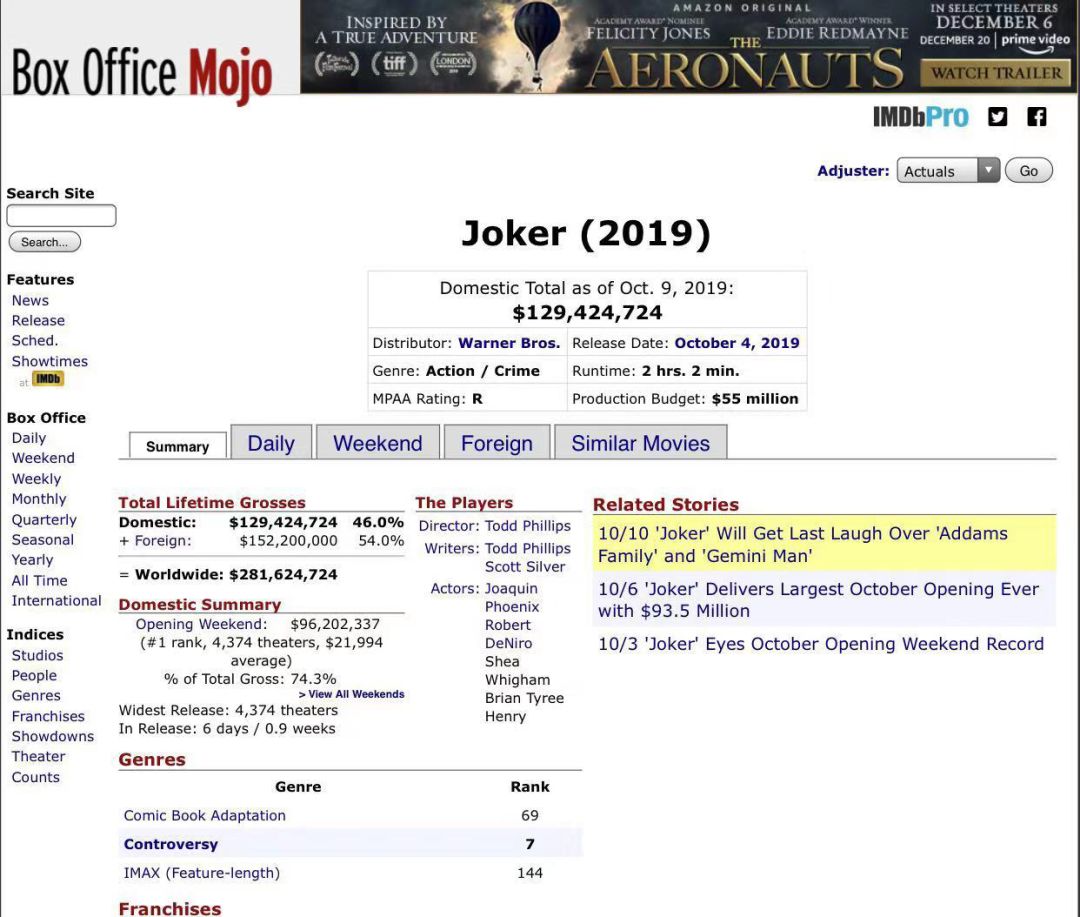 In addition to the first week of the North American weekend box office list, “The Clown” also swept the world’s major movie markets: in Japan, the film for the first weekend of 584 million yen box office, 356,000 people watching the film in the “super-English The Japanese market, known as the cemetery, has an absolute advantage, reaching nearly 200 million yen higher than the second place. The high probability will create the highest score of DC movies in Japan. Compared with the same period of “Batman: The Rise of the Dark Knight”, “The Clown” is 47.3% higher.

In addition to gaining both word-of-mouth and market recognition, the “Clown” with the Golden Lion Award has begun a new journey for Oscars: According to the deadline report, “The Clown” was previously in Los Angeles. The first college screening was held, and the members of the Academy of Motion Picture Arts and Sciences, the Oscar judges, attended the event. The participants expressed their appreciation for the performance of Jacques Phoenix and the age.