Stay up all night to watch the drama, watch live games, brush and chat to Taobao, in short, in addition to sleeping, do everything.

Editor’s note: This article is from the WeChat public account “Egg Solution Startup” ( ID: manjiechuangye), the author of a thought.

Are you sleeping before midnight in the middle of the night?

The small series of egg-breaking entrepreneurs, using the time of lunch, randomly arrested more than a dozen passers-by on Zhongguancun Venture Street and asked this question.

The answers you get are basically none.

Although this is not a very rigorous investigation, it can also reflect a phenomenon from the side: modern people’s rest time is getting late, especially those born after 85 years, basically few people at night Rest before 12 o’clock.

No matter what you do, it’s almost hungry so late, don’t come to a nightingale, and pay homage to how to accompany your own night’s stomach.

No matter how big or small, many food and beverage practitioners have set their sights on the nightingale market, and they all want to share a piece of it. The nightingale has become another battlefield for the catering industry.

Demand determines the market, because young people sleep more and more late, giving the catering industry the opportunity to expand the night snacks.

This young man, after 9 pm, is the beginning of a day of life. Because I am going to work during the day, I always want to relax at night, watch the drama, watch live broadcasts, and chat with Taobao. In addition to sleeping, what to do.

Because of the pressures in life and work, these young people staying up late are willing to spend more time and money to meet their own small needs for spiritual entertainment.

According to the data released by Alibaba, 21:00 to 22:00 is the highest peak of Taobao’s transaction, More than 36% of online shopping occurs at night. 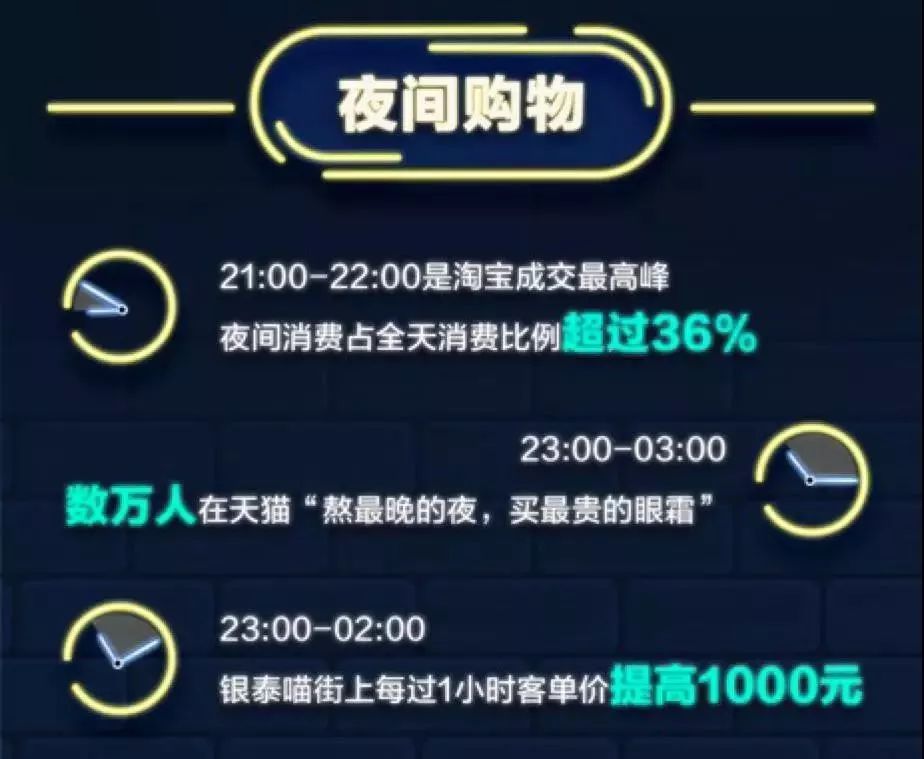 According to data released by the National Bureau of Statistics, the contribution rate of consumption to economic growth in the first half of this year exceeded 60%, while the “night economy” became a new growth point in the consumer sector.

There are indications that consumers’ life time is prolonging, which directly results in an increase in demand for nightingale.

There is a market for demand. The catering business that saw the opportunity, naturally refused to let the overnight sale of this big cake.

The first thing that saw the demand for the nightingale was the founder of the Bean Nightingale, Li Zhe.

In 2013, Li Zhe, who was doing a carpooling project, wanted to start a new business. He found that when he worked overtime every night, it was very difficult to take out. Because at night, the business is closed.

Assessed the number of people working overtime in Beijing at the time. Li Zhe believes that the night snack is a potential blank market. So Li Zhe opened a fast food restaurant in Zhongguancun, which is a small kitchen, and developed a bean-beating night app. Do regular snacks during the day and special night snacks at night.

APP went online, Li Zhe was busy, and orders were too busy to come. This fully shows that his judgment is correct, there are many people who need to have a nightingale, and the market demand is very large.

In 2015, the gradual improvement of the Bean Night, the turnover reached 20 million. Although compared with the size of the entire takeaway market today, 20 million is not very prominent. But at the time, it was a very good result.

Zhongdou Nightingale is a pioneer in the take-away industry and has explored a new segment for the catering industry.

In the face of such a huge cake, it is impossible to let only the Beans have a unique night. Many merchants have joined the ranks of the nightingales, and even the fast food giants such as KFC have to share a piece of cake.

KFC, which is deeply localized, does understand Chinese people the most.The stomach, what to sell on fire. As a night-end product, strings became the first choice for KFC’s wide-opening night market.

Relying on a strong back-end supply chain and a well-established distribution system, KFC cuts into the nightingale market and divides a large piece of cake, which is almost inevitable. After all, this brand still has many loyal users in the young group.

But, is the night delivery really so good?

Only when I really did it, I found that the nightingale was not as easy as I thought.

Being a nightingale, the first problem to face is the increase in cost. Originally, it only needed to be open until 10 pm. Now, in order to sell the nightingale, it has to be open until 2 am, extending the operation time. The lighting equipment and kitchen equipment must be extended, and the cost of water and electricity and equipment depreciation will increase. The corresponding personnel will be added and the labor cost will increase.

In particular, some traditional operation mode restaurants, raw material procurement and storage, washing, cutting, and packaging are all done in the kitchen, and the increase in cost has become a big burden.

From the perspective of the supply side, the catering industry itself is a highly competitive industry, especially at night.

The development of the nightingale has become a savage red sea, big brands and small businesses, so many participants compete for the big cake at night.

From the demand side, although the demand for nightingale files is growing rapidly, it is still much smaller than other time periods. For breakfast, lunch, afternoon tea, dinner, and supper, Nights account for about 8%-9% of the total time.

The demand for the category at night is not as rich as lunch. Although on the takeaway platform, the night stalls for takeaway, optional categoriesIt is also very rich. However, the data shows that in the orders for the night snacks, hamburgers, fried skewers, local snacks, rice noodles and other categories are the main categories. For other categories, there is less demand.

Competition is big, and there are few categories. In order to increase sales, the price war has become the norm of nightingale files.

After 23 pm Open the take-out platform APP, the price of the customer is between 15 to 30 yuan per person, and the discount of the night 宵 file is generally 5-6 percent. The direct result of low discounts increased sales, but sales increased.

And most of the merchants are constantly innovating on the packaging, tin foil, non-woven bags, carton packaging, although these can guarantee the quality of the goods in the delivery process to a certain extent, it also helps to enhance the user experience. But the packaging cost will be higher.

The cost is increasing, but sales are not as ideal as expected. How to find a balance between increased costs and benefits, which puts very high demands on the operational capabilities of the business.

The takeaway of the nightingale stalls, in addition to the small variety, is different in the difficulty of delivery and the lunch stall.

The take-out order for lunch stalls is mainly sent to the company. Most of the merchants are also concentrated in the business center. After all, what they do is the business of these office workers.

Therefore, the delivery of lunch stalls will not be particularly far away. In order to reduce waiting time, consumers often choose businesses within three kilometers.

But Night The take-out of the file, the range is relatively scattered, the distribution is more difficult. According to the data released by the word-of-mouth, the demand for the night-time take-away of second-tier cities is growing faster, while in the first-tier cities, the demand for night-time stalls in the traditional “non-central city” exceeds that of the central city.

The radius of the city is expanding, increasing the difficulty of distribution. In some slightly remote neighborhoods, it takes a longer time for the takeaway brother to take meals, and for the consumer, it takes longer to wait, which is a very bad experience. And the delivery time is extended, how to guaranteeThe quality of the meal is also a big test for the merchant and the takeaway brother.

After all, a little dissatisfied, the user complained, the loss is great.