Samsung, the world’s No. 1 smartphone market share, launched its Galaxy M entry series at the beginning of this year due to the triumph of its competitors in order to maintain market share and hope to have more in more markets. Bright performance.

However, half a year has passed, according to Strategy Analytics data, Samsung The market share in mainland China is still hovering around 1%, and it doesn’t look like a wave, even falling to the 0.7% position in the second quarter.

So we saw the following scenario: China layoffs, shutting down factories, outsourcing A-series and M-series to Chinese ODM manufacturers for design and production.

The M series, which was recently launched, is like the Samsung Galaxy M30s that we are going to talk about today. Under the encirclement of peers, what is worthy of our attention?

Samsung will be able to avoid weaknesses and understand that its own thousand yuan machine is difficult to make a good appearance, then simply expand the battery to a level unmatched by other homes, that is, 6000mAh (Rated capacity 5830mAh), after all, this is the best accessory to improve the experience under cost control.

To this end, the release of the design itself is still extenuating. So we saw the one-piece molding… plastic back cover, 8.9mm body thickness, rear fingerprint unlocking, and the chin on the Pixel forehead, and the earphone hole that everyone loves. 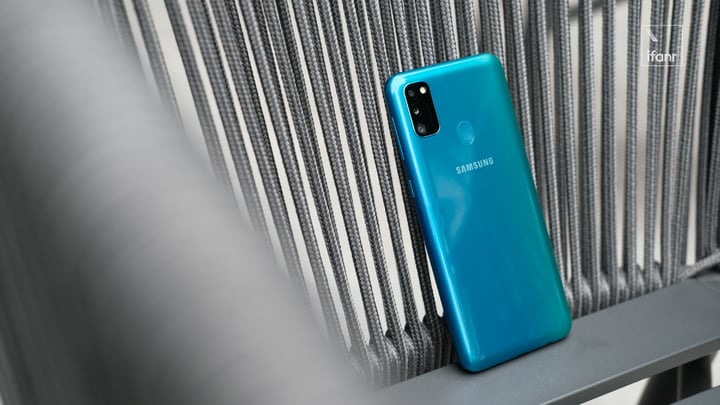 But then, the Samsung M30s is more comfortable than other sandwich structures, because the transition of the one-piece back is very natural and fits the palm of your hand.

In addition, Samsung’s traditional art in the screen is not abandoned because of cost constraints. This 6.4-inch 1080P Super AMOLED screen is taken directly from your own production line. It’s very ok in the overall visual perception, there won’t be too outrageous color shifts, and even the most popular touches, M30s try to do it.

So, Samsung is still a bit too “honest” to do the thousand yuan machine. The net can only feel the heart after the hands-on experience, but the place that consumers see when they declare it is left unchecked.

Samsung Exynos 9611, I believe that most of this SoC is still very strange, one way to quickly understand it is to find out which one is the target? So we use “Peace Elite” directly to see its specific performance. When you open the game, even if it’s smooth, the frame rate option is only 30 frames at a time. How do you measure performance?

So I cracked the frame rate and chose “Smooth Quality + 60 Frames”. But what I never expected was that the Samsung M30s would be paralyzed under this quality. After the characters landed, not only did they not run 60 frames in the whole process, but there were not many cases of more than 50 frames. Within ten minutes, the SoC down-frequency image quality lock was locked at 30 frames. The brightness instantly jumps to the lowest condition.

More ridiculously, under this image quality, the maximum temperature of the fuselage can reach 43 degrees Celsius, which is when the Snapdragon 730G machine is turned to “HDR HD + 60 frames” and runs at full frame. The heat; in the same use case, it also performed worse than the MediaTek Helio G90T in the 12nm process, completely whitening the 10nm process. Back to the original question: Which one is it against the target? The answer isYes, slightly worse than Xiaolong, while the latter’s model price is below 1099.

Fortunately, in front of the performance of the frequent failure, it is a good news from the battery life. As mentioned earlier, the Samsung M30s is equipped with a 6000mAh large battery that is unmatched by the same price model. According to the actual measurement (4G environment), the normal application loses 4% every half hour, watching the video power down 5%, and playing The Peace Elite has only lost 8% of power for half an hour. It can be said that it is the best mobile phone that has been experienced for a while.

But in sharp contrast to the capacity advantage, this is the 15W fast-filled. After the actual measurement, charge 30% in 30 minutes and 38% in 60 minutes. Basically, you can only sleep and charge at night, so you can reach 100%.

About taking pictures, like most mobile phones of the same level, although the Samsung M30s is equipped with three rear cameras, the actual camera used is only a 48-megapixel main camera Samsung GM2 (12 million pixels in normal mode) Photo) and a super wide-angle camera, the background of the extra user portrait mode is blurred.

How strong, I used the real price X2 for the sample comparison. This model uses the 64-megapixel Samsung GW1 (16 million pixel photos in normal mode). First of all, the resolution of realme X2 is slightly stronger than the Samsung M30s, but the difference is not too obvious. The extra 4 million pixels seems to be not competitive.

In sharpening and contrast processing, the Samsung M30s is a bit overly aggressive. A closer look at the edges of the shadows reveals that there is a noticeable black border, but a slightly higher contrast makes the look better.

However, the Samsung M30s does a better job of noise processing than the realme X2, and the overall cleanliness. In the second set of proofs, we can observe that realme X2 is slightly better than Samsung M30s in terms of latitude. Of course, the gap is not too big.

And the Samsung M30s, like the same set of proofs, is more eye-catching in color and contrast processing, but the sharpening transition problem still exists. At night, the exposure strategy of Samsung M30s is as radical as playing chicken blood. At first glance, it is particularly bright, but when we look at it, we will find that the pixel quality is actually very low, and it is a paste. After all, the aperture is only f/2.0. Between quality and not shaking, you can only choose the latter. The realme X2 with aperture f/1.8, although the brightness is slightly less, the resolution is still guaranteed.

As for latitude, there is basically no difference between the two, but the respective exposure strategies are different.

System, Samsung M30s did not use OneUI 2, but just stayed in the 1.5 version, so now I can talk about it before, anyway, it is indeed a change of Samsung system “have ugly and card” Experience.

OneUI’s design is very rich, the most eye-catching, when the system is applied to the top of the system to leave a large blank. 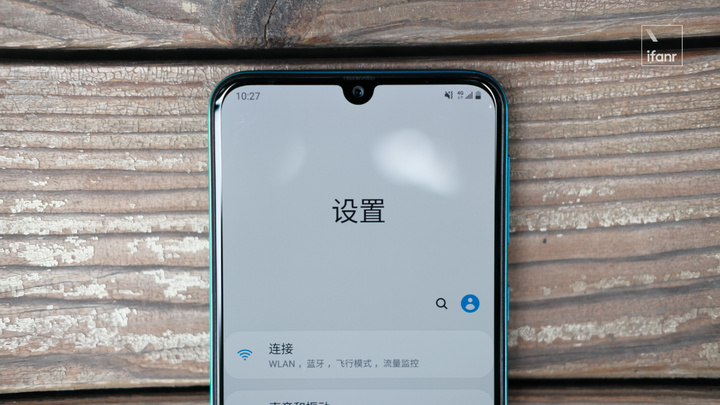 Also, “Inter-screen display” is also a feature I like on OneUI. The overall design layout is very good, and the information displayed is just enough. In version 1.1, I joined the “Digital Health” feature as most manufacturers, able to view their daily mobile phone usage and limit the usage time of specific applications, but as of the current 1.5 version, the overall situation is still very simple, no Family sharing features, no password settings, all restrictions are conscious. With regard to the localization features that domestic users care about, the basic layout of OneUI is complete, such as red envelope assistant, spam SMS filtering, application lock, application double open, etc.

The current big regret is that it is still not able to use the new full screen gestures on OneUI 2. Because of the three diamond keysSliding is not the trend. What we want more is the animation that fits the gesture, instead of simply using the slide instead of the tapping. Samsung M30s’ super battery life and fairly good screen, there is still a fight in the same price products.

But our requirements for Samsung products are definitely not the same. After all, in the Samsung M30s, there is a feature of other manufacturers – screens, cameras, memory chips and even SoCs, all of which are produced by themselves. The result is such a good card. In addition to the two advantages mentioned just now, the finished product is a disadvantage in other places. It is regrettable. Who is the right choice for the Samsung M30s? I think there are two kinds: people who buy spare machines and elders.

Samsung official has already delivered the final answer in the M series and A series, and will be handed over to the domestic ODM manufacturers for design and production. The next change is to continue to sink, or to climb smoothly, we will wait and see.