At the moment when efficiency is concerned, the demise of car keys may be a kind of “release” for users.

On February 22, 2019, the Model 3 set foot on Chinese land for the first time, and six consumers became the first Model 3 owners in the Chinese market. During the delivery ceremony, each car owner received a card printed with TESLA. When the car was picked up, one of the car owners seemed overwhelmed with the card. Under the guidance of the staff, the owner swiped the vehicle’s B-pillar with a card, and the door handle popped up.

Unlocking the vehicle still exists, but the physical car key gradually disappears. Upgrading from a single individual to a card and integrating it into a smartphone is a sign of its evolution. It may seem like an accident, but it is normal, but in the moment of efficiency, the demise of car keys may be a kind of “release” for users.

What can the new experience bring?

Before Model 3, Tesla’s car keys were not a card.

The car keys for Model S and Model X are pure black car styling, placed on the palm of your hand like model toys. Of course, the sensor inside the car key can be sensed when the owner approaches the vehicle, and the vehicle is automatically unlocked.

The face value can be played, and it is smart enough, but it has not become the next choice for Tesla. On Model 3, the owner has only two options to unlock the vehicle: a card and a mobile app. The reason is simple. The car keys are not good-looking and are not portable, and the cards and mobile phones are relatively easy to put on the body at any time.

Since smartphones have become more and more important in our lives, turning them into car keys is also the choice of more and more car companies.

Lincoln introduced a feature this year: Phone as a key. Using a phone can not only unlock the vehicle, but also activate the vehicle’s positioning system in order toFind cars easily in the parking lot. In China, as many people go out with only one mobile phone, integrating car key functions into it even becomes a “just-in-need”.

As early as 2016, the Charm Blue E equipped with YunOS was interconnected with SAIC ’s “Internet car” Roewe RX5. The Charm Blue E can be used as the car key of the RX5 to unlock it. In addition to BYD’s in-vehicle system DiLink 2.0, which can turn a mobile phone into a car key, it also cooperates with Huawei to plan to launch an NFC car key in the future, which can be unlocked when the phone is out of power. Huawei P30 series phones are compatible with Audi’s Connect Key, and the physical key is perfectly replaced. Mercedes-Benz, Great Wall, Ford, Volvo and other car companies have begun to have related functions, while new vehicles such as Ideal and Xiaopeng Automobile regard “keyless” as a standard feature.

Lincoln President Joy Falotico said in an interview with a foreign media: “(The mobile phone is the key) is to make it easier, you don’t have to remember the key position.”

There is one more thing you don’t need to remember. The upgrade of the car key also means that in the car, you do not need to insert the key into the ignition, a separate engine start button can do it. Consumer car research company Edmunds reports that 91% of the 2019 models (that is, 331 of 365) have keyless ignition. Jessica Caldwell, executive director of industry analytics, said the trend is clearly going to continue.

The same situation is not just happening to car companies, the suppliers behind car companies have already begun to take action.

Bosch, which is also a supplier, also launched a keyless vehicle access control system in 2018, which will improve the security of keyless entry functions. According to Bosch, the solution is unique in that it will integrate Bosch’s technology and storage in smart phoneVirtual keys work together. The sensors installed in the car can identify the owner’s smartphone as securely as the fingerprint, and only open the door for the owner. 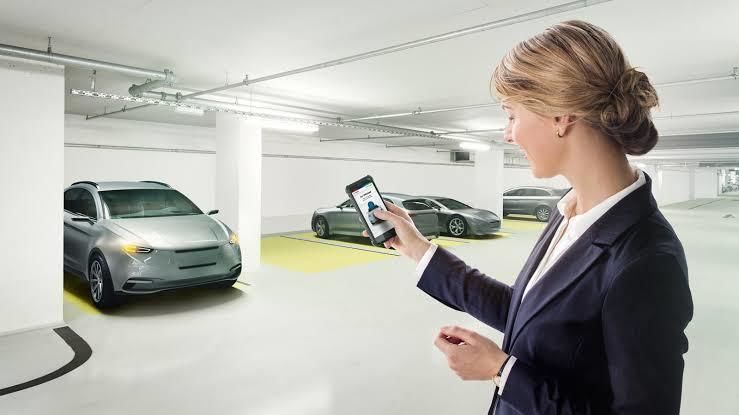 It can be seen that suppliers have “eyeed” this market and entered the market in an attempt to get a piece of cake. The scale of suppliers has begun to make it clear that the use of smart phones as car keys is becoming a major trend.

Furthermore, in addition to keyless entry, the system can also remotely authorize others to use the car and personalize vehicle settings, making car sharing and fleet management easier and faster. Outdated.

However, the current keyless entry system still has some shortcomings. How to operate the digital key in places with no signal such as underground garages?

The NFC key mentioned above is a solution. At the same time, the emergence and development of new technologies can allow faster speeds, a more secure environment, and more accurate positioning technology.

In the iPhone 11 launched by Apple this year, UWB (Ultra Wide Band) technology that can achieve “precise positioning” is equipped. Technology, you can also use it in the car “The article introduced in detail that UWB technology has the advantages of low system complexity, low transmit signal power spectral density, insensitivity to channel fading, low interception capability, high positioning accuracy, etc., especially suitable for High-speed wireless access in dense multipath locations such as indoors.

NXP officially launched the UWB chip code-named “NCJ29D5” and announced that it has jointly created a concept car with UWB technology. The many characteristics of UWB make it very suitable for keyless entry systems used in cars. At the same time, it is unmatched by other wireless technologies (such as Wi-Fi, Bluetooth, and GPS), which means that in places with poor or no signal, UWB Can also play its due role.

Sam Abuelsamid, principal research analyst at Navigant Research, said: “You will start to see UWB technology more used in future vehicles, it can send more messages back and forth between sender and receiver.”

Mobile payment is annihilating wallets, and the demise of car keys is also an inevitable trend. Mobile phones can definitely replace it, but it may be more “normal” to do without a mobile phone in the future.