Byton is a new car company that is very keen to participate in technology exhibitions. This year is also the third time that Byton will participate in the North American CES show.

In the past three years, from concept cars to today’s mass production versions, we have reported on Byton’s products and latest trends more than once. “Screen”, “luxury”, “technology”, “globalization”, these are the fastest adjectives that come to my mind.

Regarding the large 48-inch screen, your questions will be answered

The 48-inch large screen has always been the exclusive selling point of Byton, and it has also been an eye-catching tool for marketing promotion of this company in recent years. However, there are gains and losses. The questioning behind applause is also up and down. There are many questions about the convenience of external interaction and the safety of driving. I always feel that Bytten has given me a problem.

We have collected various questions raised by everyone, and Byton provided relevant interpretations in the form of Q & A Q & A.

1. Is the big screen glare?

2, how to ensure the security of such a large screen? 3. How can you interact when Seco is far away from the big screen? 4. Does the big screen block the line of sight?

5. How can the big screen not distract the driver during normal driving? 6. How about the interactive learning cost? 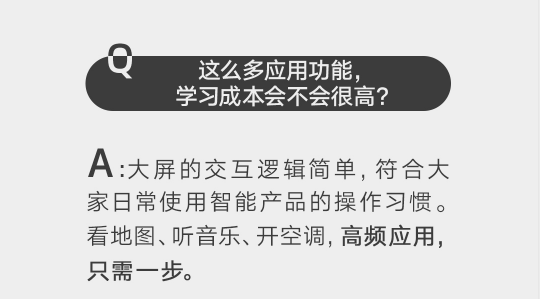 7. What if the operation screen is distracted? 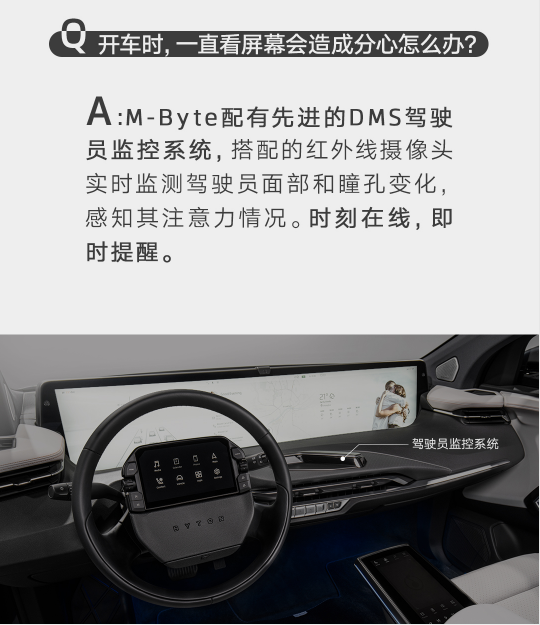 8. Where is the airbag placed outside the big screen?

9. When steering, will the steering wheel screen follow the screen? After a question and answer, Byton ’s answer is consistent with the results of my previous static experience at the Nanjing factory. As for dynamic driving, the specific feelings of this screen will not have a tangible answer until I have a chance to really turn it on. Here is a question mark. However, based on static performance, I am more confident about this. Previous articles: “Byton in the Storm”

Within the big screen, no ecology is empty talk

Without ecology, it is not possible to have a large screen in the air. The fertile land without cultivation is in the end a wasteland. How to bring such a high-quality large screen into play is an important subject of Byton’s software department.

This time at CES, cooperating with a series of digital content providers, and launching the “Developer Program” is an important issue for Byton. It is not difficult to find from the names of these companies that these suppliers will provide Byton with film and television resources, weather services, voice control, big data, travel services, digital audio and other services.

At the same time, Byton ’s Developer Program also released a series of development guides, inviting partners and developers around the world to develop content and applications for it. Screen “Add bricks and tiles” to enrich content services.

However, due to well-known reasons, these services may not benefit Chinese consumers, but Byton also has a large number of Internet providers in China, including Baidu Voice and Navigation, Himalayan, Meituan Reviews , Cat-eye movies, QQ music, iQiyi, etc., one BYTON ID opens up all services, and more applications will be enriched through later OTAs.

Entering Europe and the United States, Byton is not only focused on the Chinese market

Unlike many new forces, Byton, a car company founded by Dai Lei, a foreigner called “China Connect”, aimed at the global market as soon as it was born. In addition to the routine operations of the global R & D department, Dai Lei has brought its sales network overseas. At present, Byton has established related sales channels in China, the United States and Europe.

Different from Tesla’s direct management model, Byton’s approach is a partnership direct management model. By cooperating with local market distributors to build a store, on the one hand, you can use this partner’s sales experience and channel resources, and you can also reduce inventory risks and operating costs of distributors. Through the unified operation mechanism and service process and the clerk selection, to ensure smooth communication between consumers and manufacturers, and to ensure high-quality services.

This model can be regarded as a “variant” combining the traditional dealer and direct sales model. Due to the long-term fragmentation of interests between manufacturers and dealers, the 4S store model is “ridiculous” and causes price opacity Problems such as after-sales protection, poor communication between consumers and manufacturers, etc. If Byton’s solution is feasible, this may be an innovative move in the car sales model.

In the new forces, Weimar has adopted a similar scheme. How long it takes will require long-term market inspection, which will test the manufacturers’ will very much. This is a game between manufacturers and distributors, how to achieve a balance of interests between the two sides, if the manufacturers have management in place, etc., we wait and see its effectiveness. Let’s talk about the results first. In China, Byton has more than 30 dealer groups such as Yongda, Senna, Baode, Jebsen, and Harmony.Signed a contract in the city; In the field of sales of large customers, Byton has reached 9 large companies with Time Travel, Tonglida Leasing and other companies; in the field of charging services, Byton and State Grid, special callers, Star Charge, Anyue, Charging operators such as Cloud Quick Charge have started cooperation and have recently become the first strategic partners of Beijing United Bank.

Dai Lei’s small goal: By 2021, Byton will establish a hundred such marketing outlets in China. Previous articles: “You can buy a car while shopping in Shanghai, and Byton’s first experience store opens” p> In Europe, Byton signed memorandums of understanding with leading local retail and after-sales partners in Sweden, France, Portugal, Switzerland and other countries to jointly develop the European electric vehicle market.

After a wave of operations, we can see that Byton’s determination to enter Europe and the United States. All this is not related to Chinese consumers. To know that if you want to sell cars overseas, Byton’s products need to meet the standards of China, the United States and Europe. Need to face more exams. This is definitely beneficial to domestic consumers. Do you know the Passat made for China?

Dai Lei also revealed the current transcript. There are 60,000 intent reservations in the world, and China and Europe and the United States each split half. Although it is not an order that can “snap” after paying the deposit, Dai Lei is concerned about the conversion rate The child is very confident.

From the beginning of Tesla’s China factory to the recent few days when the Model 3 dropped to 290,000, the news and the media continued to sing new forces and even the voice of traditional brands. Tesla wanted to compete with friends. The notion of being alive is very loud.

Under the rapid offensive of Tesla, how much room does the new force have to survive? Dai Lei also has something to say. He thinks Tesla’s rise is a good thing, Tesla is getting better, and it is good for everyone. Tesla gives the industry a very positive signal. As long as the product is excellent, consumers’ desire to change cars will become strong. Tesla has educated the market through its strong product power, making everyone more willing to accept electric cars. Dai Lei thinks that the sense of technology is a very important reason for everyone to pursue Tesla. In this regard, Byton has a great chance to catch up with Tesla.

Besides financing, some small eggs of Byton

C round financing is a threshold that Byton faced in the past 2019. Time entered 2020, and Bytten’s round of financing has finally come to an end. Dai Lei said that there are still some formalities to be done, which have basically been completed. With the closing of the C round, the D round will open immediately. Byton will also actively promote the IPO process, of course, this is based on the investor’s recognition of the product. Therefore, the delivery of M-Byte this year not only determines the return of cash, but also a booster for investors who need to be injected.

Besides automotive products, Byton will also do a little “sideline”. Dai Lei said that this is a set of products very close to Tesla’s energy storage. As we all know, in addition to producing electric cars, Tesla is also quite energy-efficient in terms of energy storage.There are achievements, the Powerwall and solar roof products launched by it have little reputation in the market.

Byton is going to work with Japan Marubeni to lay out two energy storage businesses for household and commercial use of Bytten ’s unique battery technology. As for specific products, Dai Lei did n’t say much, just that there will definitely be Teng characteristics.

As for selling cars to Japan, Dai Lei is obviously not in such a hurry. He knows the “striking” of the Japanese auto market. It is not easy to set foot in this market, especially M -Byte positioning, such a medium and large SUV is not suitable for Japan advocating small cars. However, the cooperation with Marubeni also laid a seed for Byton’s entry into Japan to a certain extent. Who can say that in the future?

My little doubt about Byton

I attended many press conferences of Byton, and chatted with Dai Lei and many executives many times. Regarding M-Byte’s self-driving assistance, Byton writes very few words. In this interview with Dai Lei, we learned that M-Byte mass production will have L2 driver assistance, and subsequent functions will be gradually upgraded through OTA.

At present, this ADAS solution is provided by Bosch in its entirety. Byton has developed a part of it, but Dai Lei, the division of the two, did not say much. I am very curious about Bytten’s self-developed ability in autonomous driving. After all, this technology needs a very deep accumulation. About autonomous driving, OEMs generally have two approaches, one is to do their own research, and the other is to let suppliers provide corresponding solutions for optimization. Focusing on independent research and development in this field, they refuse to take over a self-driving “black box” from suppliers, and Byton may choose the latter.

But this is not a “conclusive conclusion.” Byton ’s next production car, K-Byte, has a raised lidar that tells me that things may not be that simple.