You can only stay where you are if you keep running.

About the competitiveness of the workplace is already a commonplace.

Many people say that hard work, serious, reliable, professional, is the competitiveness of the workplace!

Yes, maybe these eight words are the essence of concentration, but I still have a lot to say in detail.

In the face of layoffs in 2019, maybe you really have to seriously review what the reasons are that you are eliminated or may be on the verge of elimination.

To tell you 4 small stories today, as well as a few tips I have personally experienced.

Maybe it will help you a little bit harder in 2020.

Dilemma is also the wind that sends you up

There is a famous allegorical story in the West, which says that one year ago, the Emperor came to inspect people’s sentiments, and he was very happy to see the farmer’s wheat fruit growing.

The farmer also saw God, and he said happily:

“God! Can you fulfill one of my requests? I ask that there should be no heavy rains, no hot sun and no drought, no insects next year?”

In the second year, there were no storms, no scorching sun and insects. The farmer is very happy.

But when it was harvested in the fall, he found that all the wheat ears were sloppy and there was no good grain.

So, the farmer went up to the emperor and cried, “God! What the hell is going on?”

Shengdi replied, “The wheat ears that have not experienced suffering will grow up like this!”

A grain of wheat cannot grow without wind, frost, rain, and snow, let alone a person?

In the workplace, many new hires have faced such a dilemma:

Remembering my own past, when I first entered the workplace, I was assigned to replace my former colleague to handle office matters.

The former colleague went back to her hometown to give birth due to pregnancy, and went very hurriedly. There was a lot of work that she didn’t have time to explain.

So, if there is anything I do n’t understand, I will ask my boss for advice.

But every time he asks a question, he never answers directly, either let me solve it myself, or say something irrelevant.

At that moment, I also thought about whether to resign and leave. However, being a deserter when encountering difficulties is not my character.

So, like a student, I use the most basic approach to work. Every work done every day must be summarized and written down one by one.

At the same time, in my spare time, look for new learning channels from books and the Internet, take notes and make forms.

It is no exaggeration to say that this month, in terms of how to become a good secretary, in theory, I have been in full swing, and even my boss sometimes has to consult me ​​on business issues.

And I have a firm foothold, and I play a pivotal role in the company. 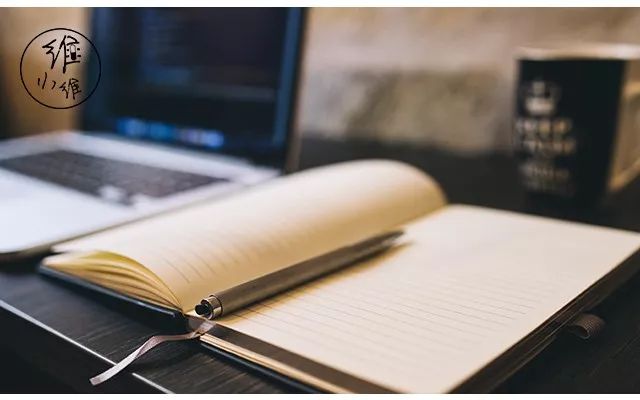 After that experience, I was too deep-just like wheat must go through wind and rain to grow, the dilemma in the workplace is exactly the wind that sent you up.

Upwind is the only gesture you should take.

There was such a story about the importance of communication.

In ancient times, there was a talent who went to the market to buy firewood.

The man who sells firewood is a rough man, I do n’t understandThe word “payer”, but he understood the word “come over” and immediately carried Chai to Xiucai.

The firewood seller did not understand this sentence, but after understanding the word “price”, he told Xiucai the price.

Xiu Cai also said: “The outside is solid and the inside is empty, there is more smoke and less flame, please damage it.”

(The appearance of these firewood is dry, but the inside is wet. When it is burned, it will emit a lot of smoke, but the flame is small, so it is cheaper!)

In the last sentence, the firewood seller didn’t understand a word, so he just picked firewood and left.

This story tells us: Communication is not to show off literary literacy and ignorance, but to distinguish between the right person to speak and the timing. 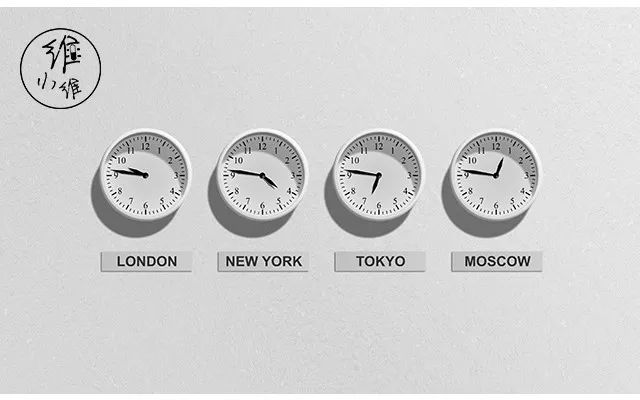 Attentive people will notice that in most recruitment information, the phrase “communication ability” is added to the requirements of the recruiter.

My unit is a state-owned enterprise, and there are many tasks directly assigned by superior units. In this way, it is necessary to communicate well with the secretary of the superior unit.

When I first came to work, relying on my new face and selling small things, no matter what tasks my superiors and subordinates assigned, I would communicate with the superiors as soon as possible to grasp the core requirements of the work.

Every time I submit a report, I will be one day ahead of the required report time.

In this way, if you make any mistakes, you also have time to modify, and you won’t be caught off guard.

This positive work attitude has won me the unanimous recognition of the superior unit, and even made me a very precious superior unit network.

Since then, my immediate supervisor has completely given me the communication with the superior unit.

Learning to listen and think, and expressing logic clearly, are the basic abilities that a workplace person should have.

Being people and doing things, there are beginnings and ends

When I was attending the newcomer induction training, the trainer once explained such a comic to us.

The man in the painting is constantly digging a well with a shovel, and he digs countless waterWell, but he didn’t dig into every well, and he could never drink water.

In the workplace, there are many people who, just like the well diggers in the comics, do things in a hurry and lose their way halfway.

In the beginning, they will do one thing with enthusiasm, but when they are half done, they will be attracted to other things and run to do another thing.

Who is willing to cooperate with such a person?

Training expert Zhi Junqi once published a book called “Closed-Loop Thinking”, which means that when completing a job or participating in an event, regardless of the effect of the implementation, feedback must be given to the sponsor in a timely and serious manner.

This is a reliable person.

In the workplace, if you want to be good, you must cultivate closed-loop thinking.

No matter what task you take, even if others just say it casually, as long as you agree, you will have a response.

Trust me, the evaluation value given to you by your boss is definitely different.

On one occasion, the superior unit did a propaganda task, and wanted us to provide some photos with friendship. According to his request, the photos he needed were not in my hand.

I responded to him and said, I do n’t have it now. I went to other departments to ask if I had one. After a lap, I only found two barely qualified ones and sent them to him.

After the incident, he told me that of the 22 business units, I was the only one that responded to him and eventually sent him a photo.

Other units, either directly said no, or said, then I looked for it, and there was no response.

Of course, after working with him from now on, his attitude towards me is definitely different.

Reliable is actually so simple, it can give a response when others need you, and this response is clear and firm.

Ability to have lifelong learning

I once saw an interesting story:

A and B bunnies are playing in the forest. Unfortunately, they meet a tiger.

A quickly took off a pair of lighter sneakers from behind and put them on.

B said anxiously: “What other shoes do you change? You ca n’t run a tiger no matter how good you are!”

A said, “I just need to run faster than you.”

In this era, no sense of crisis is the biggest crisis.

When the tiger came, did you prepare running shoes?

The famous host Zhang Quanling once said in his speech: “When the times abandon you, you won’t even say goodbye.”

The picture of the elder sister of Tangshan Toll Station crying vividly: I am 36 years old this year, and my youth has been handed over to the toll station. I do n’t know anything now. 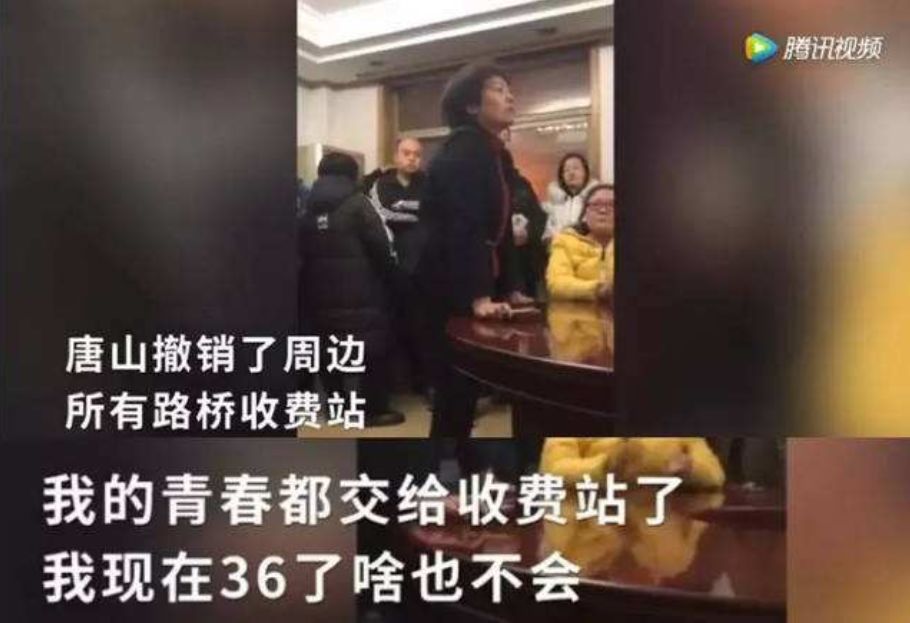 However, at the beginning of the nine-to-five security period, this job was an iron rice bowl that many people have envied.

But in this world, there is nothing that can be done once and for all. Your slackness and depravity will slowly consume your courage to jump like boiling a frog in warm water.

In this world, only your lifelong learning ability is your weapon to protect yourself, making you invincible in this rapidly changing era.

The world is changing rapidly. Our parents’ generation may have worked in the same unit for a lifetime and spent 20-30 years with colleagues.

Our generation, on average, changes jobs every five years. Turbulent, jumping life and work are the norm for us.

Change is the constant clue of life.

Like the line in Alice in Wonderland: You can only stay where you are if you keep running.