The big black stones scattered in the universe in “2001: A Space Odyssey” is a story 20 years ago. The neon penetrating dystopian world in “Blade Runner” was desolate in November 2019. The classic science fiction movie that represents the future has become a past tense, and we have officially entered the “future” in the new decade.

Standing on the cliff in 2020, we are facing a transformative world-5G is pouring onto the coast, ready to sweep the entire city; AI has invisiblely penetrated into everyone’s life, and is behind this change. Pushing hands; new digital devices have not flooded, but streaming media and social software have allowed entertainment options to explode; AR and VR, which are repeating every year, are now waiting to set off a phenomenal wave …

The magnitude of the changes now makes the future increasingly unknown.

We want to use 10 technology trends to show you what will change in life. Although no one can be sure if they will actually happen, at least the possibilities in the future are being magnified here until it is close to us.

The door to the future: 5G

Now, we are standing at the entrance of 5G, the biggest innovation boom since the advent of the Internet.

2019 is the first commercial year of 5G, and the preliminary construction of 5G ecology has been completed. 202Year 0 will be a year of large-scale popularization of 5G terminals, and 5G industry applications will also leapfrog development.

The characteristics of 5G’s low latency and wide connection, coupled with its theoretically high speed of tens of times faster than 4G and a speed of up to 10GB per second, can first make the loading daisy animation disappear in all mobile phones, but Its true value is not limited to mobile phones. The popularity of 5G will reshape the entire city.

Smart devices, smart cars, smart manufacturing, and a large number of IoT-intensive technologies eager for 5G will build the next-generation infrastructure and form our new smart city in the future. New products, services, new business models and industries based on 5G technology will change the way everyone interacts with technology, adding trillions of dollars to the global economy.

Several of the best Android phone manufacturers have released 5G mobile phones, and the 5G iPhone will also be coming in the second half of 2020. At that time, 5G will truly become a mainstream technology, and the AR and VR programs that will follow. , Will use the killer applications to split the small world on the screen.

However, 5G in 2020 may be a little different from what you expect. What we experience will be 5G in the low-frequency band, high-speed communication in the imagination, and waiting for a wide range of millimeter-wave signals to cover the city Because of the huge number of units required, it may not be possible for everyone until five years later.

But you have to sit still and hold fast. The speed in the transition period is not slow. 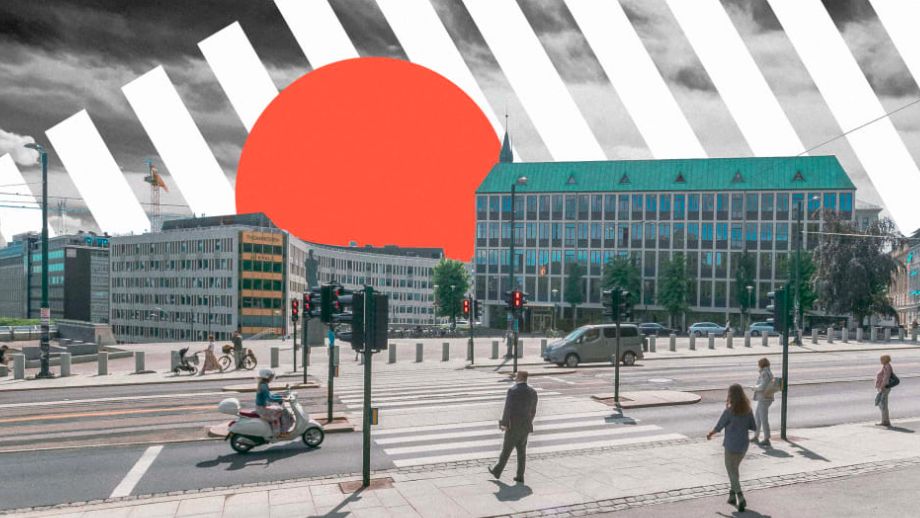 In the past ten years, tech giants such as Facebook, Google, Apple, Amazon, and Microsoft have all been doing the same thing invariably: the acquisition of artificial intelligence (AI) companies.

This illustrates the importance of AI in the future.

AI is still a “kid”, but it will eventually be smarter than adults.

According to the latest data from Alibaba Institute, AI has reached or surpassed human standards in the areas of perceptual intelligence such as listening, speaking, and watching. However, in the field of cognitive intelligence that requires external knowledge, logical reasoning, or domain migration, AI Still in its infancy.

As we enter 2020, the gold rush of AI will accelerate. In the next ten years, AI will achieve a key breakthrough from perception to cognition and present itself in a new way.

It will study cognitive psychology, brain science, and human social history, combined with cross-domain knowledge atlas, causal reasoning, continuous learning and other technologies, so that it can acquire and express knowledge steadily, understand and apply knowledge.

Then AI will be built into the chipset of our mobile phones, TVs and smart devices. Just like robots change the manufacturing industry, it will start to disrupt the information industry in 2020 and let automation and humanity improve everyone’s life. .

IDC predicts that by 2025, at least 90% of new applications will embed AI, and by 2024, more than 50% of user interface interactions will use AI-enabled computer vision, speech, and natural language processing. AI will become more Like human beings.

Certainly, Deepfake’s face change has made us see the terrible nature of AI abuse. When privacy and data security were abducted by machines, the ugliness and desire of humanity began to flood. The prejudice against gender and race in AI experiments continues to tighten the moral string. At this time, people’s eyes finally began to withdraw from the dazzling technology and returned to the face of human nature.

True, false, and false. In this era, we need to distinguish the truth from the muddy lies.

But then you can have a fantasy dream.

Although the two old vocabularies of virtual reality (VR) and augmented reality (AR) seem to appear in each year’s annual trend, they are not a pool of standing water, but have new breakthroughs every year and continue to increase Wen, just waiting for the time to start boiling.

VR and AR have long been associated with immersive games and movies. Driven by 5G and AI, research institute Gartner pointed out that from now to 2028, they will make the user experience change dramatically in two aspects-the user’s perception of the digital world, and the way users interact with the digital world.

Perceptually, your imagination will begin with your subordinates, and at the same time, it will extend to the end where you cannot see.

Another fantasy world visually, I believe you have already experienced it in VR glasses and experience halls, such as riding a wild horse in the vast west, assassinating beasts through the thorny jungle, or turning off the ambiguous lights. Curtains, watching naked bodies entangled like loach.

In the future, AR / VR will get rid of device pressure and reality restrictions, and bring a more realistic, multi-sensory and multi-mode fresh experience. For example, in industry applications, doctors can use AR surgery to assist in more training and practice. On individuals, VR will provide nearly real accompany for the elderly or people with limited mobility and physical limitations, and relieve their depression and loneliness. .

In terms of interaction, AR / VR is the killer of future retailers and marketers. People will have nowhere to go in this shopping playground because it will be everywhere.

You will be able to browse products in virtual clothing racks and showrooms and experience a lifelike upper body experience before buying. Now Gap has used the virtual DressingRoom application to use VR technology to let people virtually try on clothes before buying. Instagram has also activated the Stories feature for some accounts, allowing users to try makeup, shop, and interact with clothes through VR and AR directly through the lens.

More experiments on AR and VR are ongoing, and the companies behind them have exhausted their imagination, just to seize every nerve that people desire to consume in the future.

The great potential for serving human beings is one of the reasons why they can attract much attention in the future. Brian Burke, vice president of research at Gartner, said:

This ability to perform multi-sensory communication with humans will create a richer environment, and VR / AR will transform from “technical pros” to “techniques that understand humans”.

When companies start making money with a technology, that technology usually takes off.

In March 2018, an Uber driverless car hit a woman who suddenly appeared on the road in Tempe, Arizona, USA. The first fatal incident of a driverless car crashing into a person happened.

Even though the accident turned out not to be a violation of Uber ’s self-driving car, but was caused by the victim ’s own temporary emergence, since then, there has been a haze on the head of the unmanned car, and people cannot stop doubting about autonomous driving and panic.

However, based on the combination of 5G and more powerful AI, the safety index is getting higher and higher, and we are getting closer to real autonomous vehicles, drones, and intelligent transportation cities.

In the past few years, people around the world have been able to see cars with partially automated technology passing by from time to time, and they are testing completely autonomous technology. Some Tesla cars can now switch to autonomous driving mode on the highway when reaching level 2 (driving support) or level 3 (operated by the driver in an emergency).

In 5G commercial applications from 2020 to 2021, autonomous driving and VR / AR will take the lead to benefit. 5G will help it achieve fully autonomous autonomous driving, and support high-quality image recognition and high-speed data traffic for autonomous driving. Judging that by bringing more intelligent vehicle cockpit supporting facilities, the interior of the car will become a new outdoor entertainment space.

However, to bring self-driving to the market, it will also be achieved through strategic adjustments between automakers and technology manufacturers. Now, Intel, Qualcomm, Ford, BMW and other companies are already cooperating, and Uber has already begun to build an autonomous driving fleet.

Under the trend of accelerated development of automation, independent intelligent objects in life will be able to work with other devices. We can imagine a situation not far away:

Various types of robots will be able to run in the same assembly process. Self-driving cars will efficiently deliver packages to the target area, and robots and drones on the cars will make the final dispatch.

Flying cars have also gone hand in hand with unmanned cars this year, occupying the focus of future travel topics. Although a large number of people still doubt flying cars, some people are already experiencing this revolutionary change.

Bell, Boeing, EHang and other companies have developed air taxis and announced plans for urban air traffic solutions.Silicon Valley CEOs have been drawn to the U.S. Congress and the European Commission for questioning. Digital ethics has become a topic of global concern. Digital pollution, data sovereignty, data abuse, debates over algorithmic bias, and social media manipulation of democratic processes. All took turns around the world.

In 2020, the aforementioned ten trends are ready to open new battlefields in various fields.

But for future results, our ideas can’t help but fall into extreme good and extreme bad. Gerd Leonhard, one of the top ten futuristic keynote speakers in the world, said:

The future often comes in two forms: Silicon Valley sells us utopias (superhumans), and Hollywood and Netflix, etc. sell us dystopias (fear). However, the real future is neither ideal nor purgatory.

In “Beauty New World”, the supreme ruler talks with “barbarians” who have been transformed into “lifelong happiness.” The ruler says, you must be fortunate to live in this stable society without turbulence and pain.

The barbarian told the ruler: I don’t need to be comfortable. I need poetry, I need real danger, I need freedom, I need goodness, I need sin.

The ruler: What you really want is the right to suffer.

Barbarian: Well, now I have the right to suffer.

In the exponential technological storm of the next decade, we also need this sobriety.

We do not want to become more mechanical, more electronic, more virtual, and become as perfect and timeless as rocks. Because technology will bring about a variety of disruptive possibilities, we are able to rediscover and think about the relationship between technology and human beings.

After the tsunami and tsunami, we return to the calm sea and understand the meaning of human beings.