Laoganma Baodao is not old. 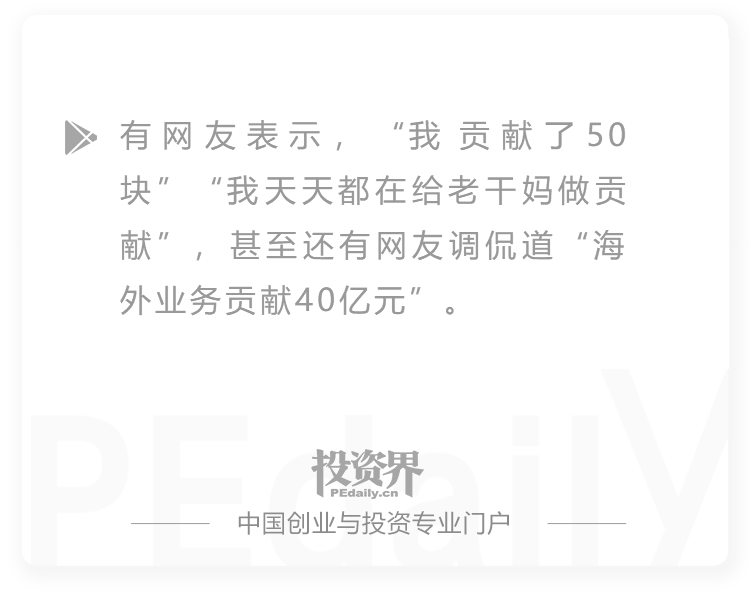 The investment community was informed that Guiyang Nanming Laoganma Flavored Food Co., Ltd. has just released its 2019 results-Laoganma’s sales revenue in 2019 exceeded 5 billion yuan, a year-on-year increase of 14.43%, a record high. Saying goodbye to the embarrassment of declining performance for 3 consecutive years, the old goddess of “National Goddess” fought a beautiful turnaround.

Undoubtedly, the old godmother created a hot sauce myth. From a humble street stall to a big company with a revenue of 5 billion yuan, the founder Tao Huabi also changed from an ordinary housewife to the “hottest goddess of the nation” in the eyes of everyone. An old godmother who adheres to the four non-principle of “no loan, no equity participation, no financing, and no listing” is a clear stream in the business world.

The spicy Chinese people have propped up a tens of billions of chili sauce market. In recent years, new Internet hot sauce brands have emerged, and there are many VC / PE institutions with a strong sense of smell behind them. The most typical case is the personal hot sauce brand “Fan Ye” founded by the star Lin Yilun. He raised 3 rounds in 2 years. The accumulated amount exceeds RMB 94 million and the valuation reaches 360 million. A small bottle of hot sauce was pouring in.

The “rice circle” is not the old goddess, In 2019, the old godmother sold 5 billion yuan

People depend on food, and a small bottle of hot pepper sauce sells 5 billion yuan a year.

Guiyang Nanming Laoganma Flavored Food Co., Ltd. recently released its 2019 results-Laoganma’s sales revenue in 2019 exceeded 5 billion yuan, a year-on-year increase of 14.43%, a record high. As soon as the news came out, some netizens said that “I contributed 50 yuan”, “I am contributing to the old godmother every day”, and even netizens joked that “overseas business contributed 4 billion yuan.”

Why is the old godmother an average price of 10 yuan per bottle? As a national condiment, Laoganma is active at the table of Chinese families. Whether steamed, fried or stir-fried, you can add a little bit to add flavor; there are also many celebrities on social networks. The versatile Laoganma is matched with various Kind of ingredients. An ordinary note on Little Red BookYou can get 30,000 likes, and its popularity is evident.

The old godmother was once hailed as “the light of foreign students”. “When I first arrived in the United States, I was not used to eating and my old godmother was my savior,” Yang Yang, a student in the United States, told the investment community that his American classmates even made up a paragraph-if you marry a Chinese girl, you are married to two Woman, your fiancee and Tao Huabi. Nowadays, Qianying, the old godmother, also frequently appears in New York, San Francisco, London, Paris and other places, and there are many fans on overseas shopping websites.

2019 is not easy for the old godmother. According to the sales revenue disclosed in the past, Laoganma’s revenue in 2014 was 4 billion yuan, and the sales revenue from 2016 to 2018 were 4.549 billion, 4.447 billion, and 4.389 billion. Leaving aside undisclosed data for 2015, Laoganma has been in decline for 3 consecutive years. In May 2019, a message even circulated in the circle: Laoganma lost more than 10 million yuan.

If performance is the big rock that weighs on Laoganma, then the frequent internal problems have added a few sadness to it. On August 6, 2019, a fire broke out on the fourth floor of the Laoganma plant in Nanming District, Guiyang City, Guizhou Province. It was said that the pungent smelt smell lasted for two or three hundred meters. The roof of the factory warehouse was on fire, and the smoke was billowing. Within two months of the two fires, the old godmother was very injured.

What’s more deadly is that the national reputation of hot sauce is in crisis. Due to the increase in labor costs and raw material costs, Laoganma used cheap Henan peppers instead of Guizhou peppers, resulting in a change in taste. Social media is full of various voices, “the taste has changed” and “it is not as delicious as before” … The era when the old godmother ruled the tens of thousands of household tables has quietly passed.

Now, the old godmother fought a beautiful turnaround, alleviating external concerns about the fate of the national goddess.

Lao Ganma, originated from the struggle story of a strong woman.

In 1947, Tao Huabi was originally named Tao Chunmei, born in a remote mountain village in Zunyi, Guizhou. Unlike today’s celebrity entrepreneurs, Tao Huabi has no prestigious education and has not even attended a day of school. However, it was such a rural woman who did not know much about the word and personally created a well-known old godmother at home and abroad.

In the 1980s and 1990s, because of her husband’s illness, the burden of the family’s life all fell on Tao Huabi. Forced to make a living, she set up a humble little rice stall with the collected bricks, specializing in jelly and cold noodles. Soon after, the small rice stall became an “affordable snack bar”. At that time, no one would expect that in a few years time, this humble shop would develop into a well-known company with an output value of 5 billion, let alone the ordinary housewife Tao Huabi, who would become a national goddess in the hearts of the people.

In the beginning, this small store provided customers with tempeh hot sauce for free, served as an accessory with jelly powder. As everyone knows, it is these free accessories that have captured the hearts of diners. Some even drove from the city to the restaurant just to buy hot sauce. Tao Huabi recalled in an interview with the media, “The hotel is crowded with people, and there are people everywhere in the courtyard.” 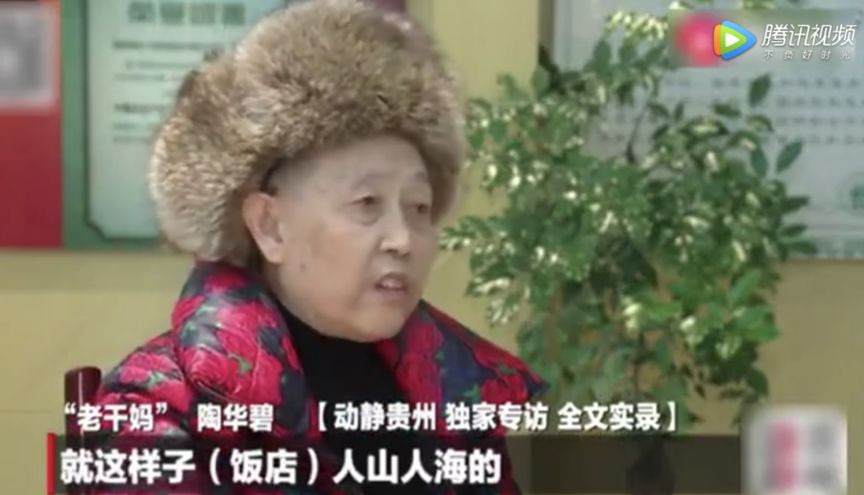 An interesting fact is that the brand name of Laoganma was not taken by Tao Huabi herself, but because the customers around her called her “Laoganma”, even for people in their 80s. Now a well-known old godmother.

Tao Huabi is deeply touched by the difficulty of starting a business. Although the old godmother has adopted the advanced assembly line production method now, I remember the time of the previous manual workshop