Economic interpretation of the big picture

1/5 The pattern is externality

A word like “pattern” with connotative and extended meanings, naturally has various definitions. My definition comes from an economic concept- When we say that a person is very patterned, When it actually means that this person has a strong “positive externality.”

The waste water produced by a factory pollutes the environment and affects nearby residents. This is a “negative externality”; a family lights up in the yard and also illuminates the road outside the yard, which facilitates passersby. This is “positive outside Sex. ” There are also “predecessors planting trees, future generations take advantage of the cold”, “Tao Li speaks without words, self-contained,” talking about externalities.

There is a premise for externalities, and there is no transaction process for this effect. The residents affected by the sewage have no economic compensation, and the factory does not pay any costs for the wastewater (if there is no legal and government intervention); the yard The people here did not receive money for lighting the road, and the passers-by did not have to pay.

People are accountable. If “externalities” are allowed to distort normal economic relations, the entire economic operation will be affected. The factory will be in a row and no one will repair it. Road mounted street lights.

Therefore, there must be third party involvement in the externality, fines on factories that discharge sewage, and reserve money for road repairs and street lights from residents’ taxes. Managing “externalities” in economic activities and improving the efficiency of transactions are important responsibilities of the government and the reason for its existence.

You probably understand “externalities”, but what does this have to do with the pattern of people?

Traditional economics doesn’t like “externality”, because it assumes that everyone is an “economic person”, and only cares about their own economic interests, and refuses to suffer losses, so there will be externality problems.

Traditional Chinese intellectuals have a belief that “there is a good way to save the world, and the poor are the best”. When there is no opportunity, at least you should do your own cultivation, but as long as you have the opportunity, you must take the world as your own responsibility. .

For another example, in any era and in any country, a teacher is a respected position, and a master can easily be regarded as “a person with a big pattern.”

This is because education has a strong “positive externality.”

Teaching and educating teachers is an economic activity in itself. Paying labor and getting paid must at least equalize costs and benefits. Even Confucius teaches students to collect 10 pieces of dried meat.

However, if a student becomes a student, he will contribute to the society. The improvement of a country ’s education level is conducive to the development level of the entire country. This has the benefit of a third party. This benefit is not compensated for by the teacher. In wages, education has “positive externalities.”

Most respected occupations have positive externalities, such as doctors, firefighters, and military men.

Externality represents functional spillovers. There is externality in a person’s approach, indicating that the person’s actual contribution to society is greater than his own benefits. From the perspective of the public, there is a big pattern.

A lot of people may think that this pattern is not just high-quality charity?

Not so. The purpose of philanthropy is to do good deeds, and “strong” “externality” is not an end in itself. Teachers also want to support their families, but only contribute objectively to society.

There is a story in “Lv’s Spring and Autumn”: Confucius’ student Zi Gong sees the righteousness, but he refuses to accept the reward. Encourage others to do more good.

This view of Confucius is actually the characteristic of the “externality” of people’s lives: Good people also need to benefit from it, so that your behavior can be imitated by ordinary people of ordinary moral level, and only then can it lead to positive “Externalities” have a positive role model for society.

Therefore, it is a sentence that I can best embody a person’s “pattern” because he can help the world, and the poor can stand alone.

Why is the pattern of externalities so important to a person?

During the war, currencies were easily devalued, and people thoughtLook for something with a more stable value to replace currency, such as cigarettes.

But cigarette producers did not intend to make it a currency at first, because it would reduce the urgency of people’s consumption and affect the sales of cigarettes. Therefore, the monetary value of cigarettes is an externality and has not brought benefits to tobacco manufacturers.

It is precisely because cigarettes are used as currency that the “consumer population” has been greatly increased, including those who do not smoke. This externality also helps the brand to spread, which is ultimately beneficial to manufacturers.

The example of China is Moutai. Moutai became China’s first luxury product because of its external characteristics of currency.

We can even say that great products have externalities. Iphone is great because it brings a whole new way of life to society; Coca-Cola is a great product. Because it condenses the intangible American lifestyle into a specific product, it opens the door to a globalized lifestyle for closed, backward countries.

In fact, Companies are also willing to pay for the “externalities” of their products to enhance their brand image and gain longer-term benefits.

The economist Schumpeter put entrepreneurs at the center of innovation activities. He believes:

Entrepreneurs are inherently profit-oriented. Innovation does not necessarily bring profit. Many companies even go bankrupt for innovation, but the results are “enjoyed” by other companies, so innovation is actually “externality.”

But it is precisely because innovation is “externality” that entrepreneurs have become the driving force of social progress, so innovation ( not profit creation ) is the most popular of entrepreneurs. Respect place.

So, in addition to profession, how can a person establish his own big picture through “externalities”?

4/5 How to create a “big picture” through externalities

Group dormitories are generally dirty than home, because cleaning the dormitory will generate externalities, and people who clean will feel that they are losing money. Without an external forced cleaning system, the result is that everyone lives in a “dirty, messy” environment.

The “prevention of externalities” mentality is not wrong, but it will distort your behavior. It will reduce the quality of your life and work. Over time, even a hardworking person will become Lazy.

In fact, More important than getting a “tidy environment” is to keep your hard-working nature,This is a longer-term “getting”. This kind of behavior that does not care about “externality” was formerly called “sludge without staining.”

Sharing and giving is the best way to generate “externalities”. When knowledge is transmitted to others, you can also benefit yourself, letting you understand more deeply that a person’s sense of structure lies in “value output.”

There is an old saying in China that “cai scattered people gather”-“scatter people” to “gather people”. While Huawei grew from a small business to a technology giant, Ren Zhengfei’s shareholding has also been reduced from 100% to 1%. This is the best example of using “externalities” to build a life structure.

Third, let yourself have more different experiences and life experiences.

This is the most important point. In order to reflect its importance, I will start another chapter.

A question: “Why do most people like living in big cities?”

There are many reasons, more job opportunities, more high-paying and suitable job opportunities; more abundant medical and educational resources, more cultural and entertainment facilities, more concert libraries and art galleries, and more developed urban public transportation, Some of the niche hobbies can also be satisfied. They are all strangers. If you are exceptional, you will not have three aunts and six women to blame you, and you will have a wider choice of objects to talk about …

These are the “externalities” of cities. Enterprises and residents in large cities are pursuing their own interests just as they are in small cities. It is only because there are so many people that it is easy to produce life forms that many small cities do not have. The result is that Everyone is creating “externalities” and everyone is enjoying them.

So the pattern of a city comes from the breadth of space, the depth of life, the level of people, the freedom of life, the diversity of ideas …

People’s pattern is also built on these “externalities”, including broader horizons, more inclusive thinking, more diverse lifestyles, and more possibilities for creativity. These external factors will not benefit him immediately, but it will make you a person with a big pattern, choose your life calmly, and fully release the value.

To borrow a quote from Tyrion in “A Song of Ice and Fire”: 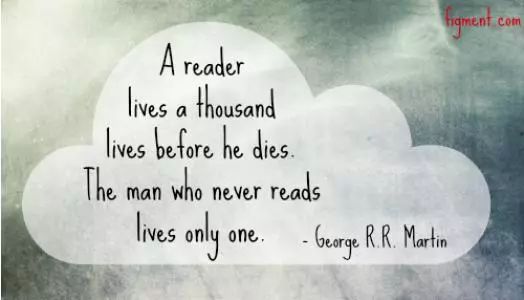