The map did its utmost in this outbreak prevention and control.

The map did its utmost in this epidemic prevention and control.

On the evening of the 26th, at the Hubei new-type coronavirus epidemic prevention and control work conference, Wuhan Mayor Zhou Xianwang said that due to the impact of the Spring Festival and the epidemic, more than 5 million people have left Wuhan and 9 million remain in the city. in. Where have 5 million people gone? Become a topic of concern to everyone. 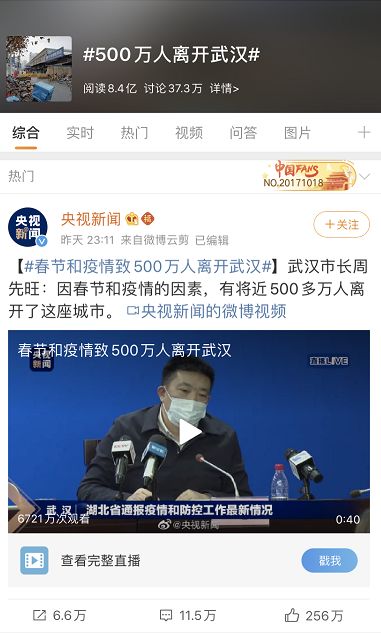 Nanfang Daily’s “Big Data Insights | About 3% of the 5 million people who left Wuhan during the Spring Festival come to Guangdong” stated that from January 10 to 26, more than 70% of the people leaving Wuhan will go Other cities in Hubei Province (such as Huanggang, Xiaogan, Jingzhou, etc.), followed by Henan, Guangdong, Hunan, Jiangxi, Zhejiang and Anhui. The number of people who travel from Wuhan to Guangdong Province accounts for about 2.94%. Based on the local outflow of 5 million people, about 147,000 people entered Wuhan from Wuhan during the Spring Festival. The most popular cities were Shenzhen, Guangzhou, Dongguan, Foshan and Huizhou. This conclusion is consistent with the epidemic situation in various places. Of course, the epidemic situation in each place is determined by many factors, such as the intensity of prevention and control, so the outflow of population in Wuhan is not proportional to the number of epidemics. 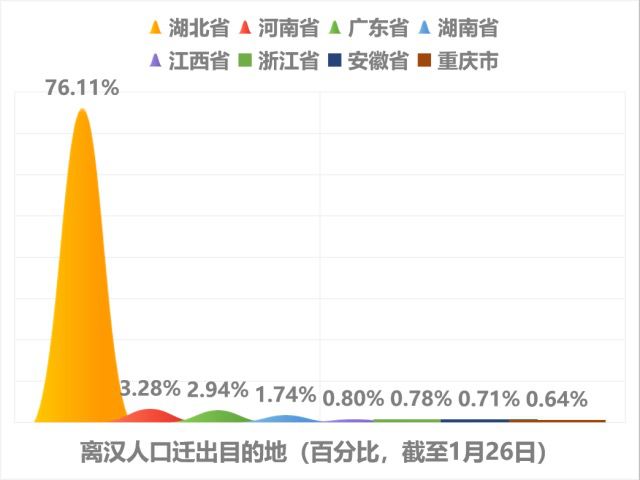 I saw a rumor on the Internet these days that 70,000 people from Wuhan were stranded in Zhanjiang because they had planned to drive to Sanya by themselves, but they could n’t get on the ferry and were blocked in Zhanjiang. They also provided many places Place for them. According to the analysis of Nanfang Daily, this is likely to be a rumor, because during the Spring Festival, only about 147,000 Wuhan people came to Guangdong. Baidu maps show that Wuhan moved out of Guangzhou during the Spring Festival to take up 0.63% of the population. If the population flows out of 5 million, it will be only 31,500. The TOP50 of Wuhan’s most populated city is not seen in Zhanjiang. The 50th city is Fuzhou, with a ratio of 0.14%, which is less than 7,000 people. In this way, it can be basically judged that the 70,000 Wuhan people staying in Zhanjiang are alarmist rumors.

In the outbreak prevention and control, we saw a lot of media referencing map big data in the report to show the population movement that people are concerned about. The reason is not difficult to understand: the outbreak is largely due to the new coronavirus. With human-to-human ability, the spread of the epidemic is directly related to population movements. Because of this, Wuhan and Hubei will be closed in many places. The state and relevant departments have introduced a number of measures to restrict traffic and extend the Spring Festival holiday to February 2. 5. Cancel various team travel activities. These measures all show a common thread: By reducing population movements, the spread of the epidemic is hindered. Various localities have adopted policies according to local conditions, and some cities have introduced stricter measures to delay the return of people during the Spring Festival, restrict the movement of people in the city, and hinder the spread of the epidemic. This should be a typical scientific idea of ​​epidemic prevention.

Travel is a key element related to epidemic prevention and control. It is very important for the epidemic prevention and control command department to control travel well. For citizens, there will also be many opportunities to use maps in epidemic defense. Maps can provide functions such as route planning, route navigation, and destination exploration when people travel. What can you do in epidemic defense?

Someone returned to Guangzhou a few days ago, and the flight landed late at night. Because the subway was stopped and I was afraid that taxis would be difficult to drive, I decided to drive by myself.Go pick it up. Before I set off, I was more worried because there were rumors that Guangzhou would begin to close the city in the early hours of the day. That night, I saw news that Baidu Maps had traffic control information across the country, including road closures, and reminded individuals to return and divert traffic. Therefore, they checked with Baidu Maps before departure and found that the traffic to and from the airport was green. When the message of traffic closure appeared, I basically had the bottom of my heart. Later, I found that everything went smoothly on the way to pick up people, but there were more epidemic prevention checkpoints on the road.

On January 27, Guangdong officially announced that there will be no “cities closure” in various places. “For the health of everyone, quarantine and epidemic prevention stations will be set up in some places, and health monitoring and management will be carried out in accordance with the law. Public transportation must be regularly disinfected. To reduce the efficiency of some passages, I would like to invite all sectors of the community to understand and actively cooperate. In addition, the Guangdong province ’s epidemic prevention and control work is scientifically effective, legally stable, and has a sufficient market supply. Airports, railways, highway passenger stations, highways, national airports Provincial roads, urban and rural public transportation are operating normally, and medical supplies, living supplies, and epidemic prevention work are flowing smoothly.

Everyday people are used to the existence of maps. In special times such as epidemic prevention and control, we must minimize travel. In case of travel, maps become even more important, or even indispensable, because with the implementation of different levels of road control measures in various places, traffic information becomes very important. Changeable. At this time, there is real-time traffic information on the map, which is very helpful for users before and during travel. 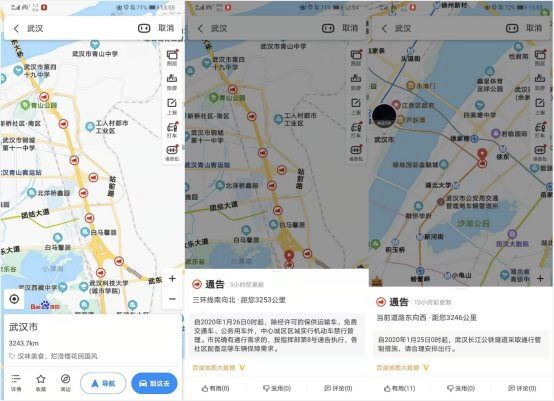 After this outbreak, the mainstream map applications Baidu Map, Gaode Map, and Tencent Map have been launched on the “Fever Clinic” map, which is convenient for users to find the closest fever clinics when they find abnormalities.

For individuals, it is important to prevent and control the epidemic to avoid going to crowded places. The “Heat Map” function of Baidu Maps shows the flow of people in different places based on the big data of the map, which can give users a certain reference. Now it seems that this function may not be of much value, because there are no people outside, and the hottest place is basically the hospital. However, the Spring Festival holiday endsLater, when people return to the city one after another, the heat map will be useful for users to avoid crowded places.

From the migration of big data from population data, to the identification of some rumors, to the support of user travel tools, to functions such as fever clinics and heat maps, the map has done its utmost in this epidemic prevention and control. This was not the case at the time of the SARS outbreak in 2003. The Internet map responded quickly after the outbreak, because:

1. Thanks to the usual data precipitation, such as the rapid outpatient maps, it is because the POI data of the medical industry had been precipitated before the outbreak;

2. Thanks to the high degree of cooperation with the traffic management department, it can realize the real-time synchronization of traffic control data in various places and remind users of road closures and other information;

Map applications are just the tip of the iceberg in applying Internet technology to epidemic prevention and control. Unlike the SARS outbreak in 2003, the Internet, especially the mobile Internet, has penetrated into every aspect of people’s lives and work. Internet technology has played an important role in the prevention and control of this epidemic. People can buy protective supplies such as mask disinfectant and daily necessities on the e-commerce platform without leaving home. They can buy fresh products on platforms such as Hema, remote courses on online education platforms, and games and movies at home. With video entertainment, you can get the latest information and knowledge of the epidemic on your mobile phone, and you can even go to work by telecommuting. With the advancement of Internet technology, when people do not go out to fight the epidemic, the quality of life will not decrease too much.

Suffice it to say, although Internet applications have played an important role in the face of a menacing epidemic, Internet technology is ineffective in the face of viruses. Medical technology is the main means to overcome and prevent the epidemic. The medical experts and medical professionals who fought day and night are the most adorable people in this era. On January 27th, the Alipay insurance platform set up a “health protection fund” for medical personnel across the country and did a little practical work for front-line volunteers. I think it is commendable.

Outbreak Internet technology The giants have basically acted, and some entrepreneurial unicorns have also participated in the donation. It can be said that Internet companies have shown a strong sense of social responsibility. However, Internet giants can do more than just donate money and supplies to provide products and services targeted at the epidemic. As early as 2014, the proportion of health care and life sciences investment in Google Ventures’ investment has exceeded one-third. In contrast, domestic technology giants have made poor investments in this area, because I think that after the epidemic, the technology giants may be more Pay close attention to medical technology and even make strategic investments to contribute more to the advancement of medical technology.