Although the iPhone was born earlier than the iPad, it was actually a tablet computer inside Apple.

According to foreign media reports, January 27, 2020 is the tenth anniversary of the release of the iPad by Steve Jobs at the Yerba Buena Art Center in San Francisco, California. This is the last major product he launched before his death in 2011.

According to reports, a decade ago, smartphone screens were only 3.5 inches, while traditional laptops with large screens were less portable. Jobs sees room for inventing a new device category between smartphones and laptops, but only if the device performs better in certain tasks. 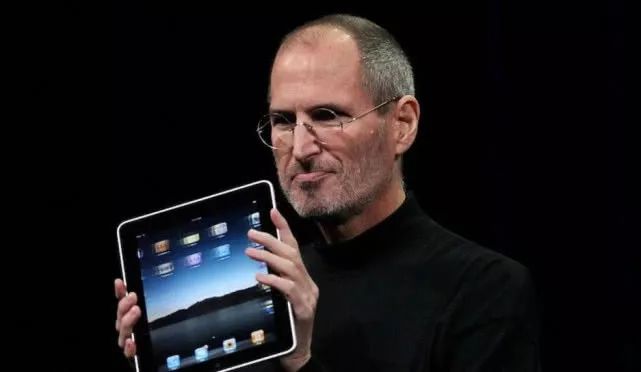 Jobs said: “The iPad is our most advanced product. It is a magical revolutionary device with an incredible price. The iPad has created and defined a whole new category of devices that will A more intimate, intuitive and fun way to connect users with their apps and content at all times. “

The original iPad had a 9.7-inch display, a single-core Apple A4 processor, up to 64GB of storage, 256 MB of memory, 10 hours of battery life for advertising, Bluetooth 2.1, a 30-pin connector, and headphones interface.

In the United States, Apple tablets that only support Wi-Fi Internet access start at $ 499, and models with both Wi-Fi and 3G phone connectivity start at $ 629. It is worth noting that the original iPad lacked a camera.

Apple said at the time that the iPadOnly 0.5 inches thick and weighing 1.5 pounds, it is thinner and lighter than any laptop or netbook.

Apple Corporation began mass selling iPads on April 3, 2010. One day later, the company announced that it had sold more than 300,000 units. When Jobs released the second-generation Apple tablet in March 2011, he gave an update on tablet sales data, showing that Apple sold nearly 15 million iPads in the first nine months of the second-generation tablet launch.

In the past ten years, Apple has released a new generation of tablet computers every year, accompanied by some new features and design changes. Below we outline some of the larger milestones in the history of this device:

Looking ahead, there are rumors that Apple will update its iPad Pro product line as early as March. A key new feature is expected to be a three-lens main camera system with advanced augmented reality 3D sensing technology.

After Apple launched the tablet, this is considered another major invention of Apple. Consumer electronics manufacturers and personal computer companies around the world have begun to emulate Apple to launch tablets. Google ’s Android operating system has also been optimized for tablets. , Support many large-screen touch applications.

However, since 2014, Apple followed the example of South Korea ’s Samsung Electronics and embarked on the road to large-scale smartphones. The sales of Apple ’s mobile phones have ushered in a new round of surge. Manufacturers are using larger screens.

The larger smartphone screens, coupled with the ultra-light and thin design of laptops (becoming more portable), have squeezed the tablet market worldwide. According to statistics reports from companies such as technology market research firm IDC, global tablet PCs have continued to decline in sales over the past few years, and have become another “sunset industry” like personal computers.

Today, the display screen of smartphones has entered the 6-inch level, and the narrow bezel and full-screen design allow the effective display area of ​​mobile devices to continue to increase. Last year and this year, some industry-leading smartphone manufacturers have launched foldable phones with larger display areas. This has completely occupied the living space of the tablet.

In the past five years, many hardware manufacturers have withdrawn from the tablet PC market, and the number of products on the market has also been significantly reduced.

It is worth mentioning that, after Apple invented the tablet for many years, Microsoft made some improvements to the tablet and introduced the so-called “hybrid tablet”. The computer is near and equipped with an external keyboard, further blurring the line between the laptop and the tablet.

It is reported that Steve Jobs, the head of Apple Inc., was very impressed by a Microsoft executive’s statement about the tablet. He was determined to let the Apple team develop a tablet with a better user experience. Microsoft executives say.

Subsequently, the Apple team developed a touch-based application interface. In a product prototype demonstration, Jobs was very satisfied and asked the Apple team to “downsize” the tablet. First, develop a smartphone, then Apple changed the world’s major product iPhone is finally born, and subverted traditional smartphone manufacturers such as Motorola, Nokia, Ericsson.