The weird executive, after noticing the “enthusiasm for entrepreneurship” in the eyes of founder Ma Yun in 2000, invested $ 20 million in Alibaba. 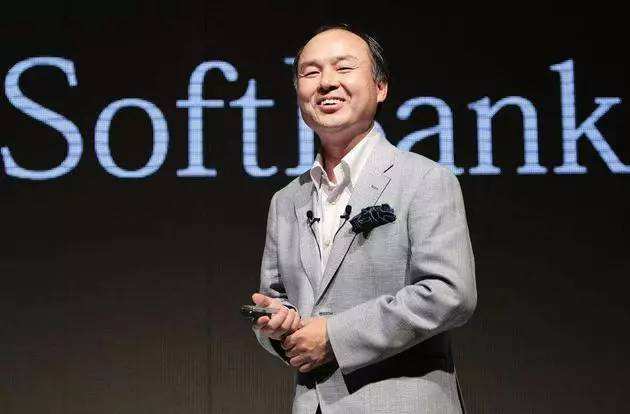 According to foreign media reports, Softbank CEO Masayoshi Son wants the Japanese conglomerate to be seen as an investment company, not an operating company. He also said that he is slightly different from Buffett, that he is a more crazy investor.

In a slide show presented on Wednesday ’s third quarter earnings conference, he used a pair of rabbit and duck diagrams to prove it.

“What do you see?” The boss of this $ 100 billion company asked a group of investors and analysts, “From your left, it looks like a duck. From your right, it looks Looks like a rabbit. “

The eccentric executive invested $ 20 million in Alibaba after noticing the “enthusiasm for entrepreneurship” in the eyes of founder Ma Yun in 2000.

He argues that SoftBank can also be viewed in two ways. He showed another slide with “EBIT” on the left and “Shareholder Value” on the right.

Considering that Softbank ’s operating income plunged 99% in the last quarter, from nearly 4 billion US dollars to less than 25 million US dollars, Sun Zhengyi ’s point of view is not surprising. The decline comes from a $ 2 billion loss in its Vision Fund after it wrote down the value of WeWork, Uber and other investment assets.

Sun Zhengyi urges people to pay attention to SoftBank’s shareholder value-the equity value of the shares held minus net debt, not profits. From the end of December to February 12, Softbank’s shareholder value increased by 22% to $ 228 billion. A key driver is that Uber’s stock has risen more than a third this year.

“Like I said, from the left, you see the duck’s face; from the right, you seeIt was the face of the rabbit. “Sun Zhengyi concluded.

Sun Zhengyi also said in his speech that given that SoftBank is now an investment company rather than an operating company, its revenue and profit are “irrelevant” and “you can forget those numbers.”

A reporter asked Sun Zhengyi: he is now an investor, not a businessman, is he? Sun Zhengyi pointed out that billionaire investor Warren Buffett, chief executive of Berkshire Hathaway, is an example of both identities.

“So, you’ve changed from Bill Gates to Warren Buffett?” the reporter asked again.

“Roughly speaking,” Sun Zhengyi replied, “Mr. Buffett and I are slightly different. I am the leader of the information revolution.”

The SoftBank CEO added that he is not as conservative as Buffett, 89. Buffett is known for investing in established, profitable companies.

“Mr. Buffett is not a risky investor. He is a smart investor.” Sun Zhengyi said, “But I am still doing some crazy things.”

Sun Zhengyi visited Buffett three years ago, hoping that Buffett will invest in Softbank’s Sprint. For years, Zhengyi Sun has respected this investor.

“Warren Buffett in the tech industry, this is who I want to be,” he said on a 2017 earnings call.

In a 2012 earnings call, Sun Zhengyi said that SoftBank was “the Berkshire Hathaway of the Internet industry.” (Tencent Technology Review / Lexue)