The epidemic is in full swing. People do not leave the house. The merchants’ doors are tightly locked. There are also major automobile 4S shops.

In 2019, the deserted auto market was hit hard by car companies. Who would have expected a plague to make the 2020 just arrived even worse? The new car was not easy to sell, and the main channel, the 4S store, was left unattended, and the market suddenly lost its export.

Off-line blocking, car companies and dealers started to think of selling cars online. The case where Li Jiaqi used one person to broadcast lipstick in a short period of time was vivid, and the sales of jealousy from all walks of life have sparked the idea of ​​bringing live goods, and selling cars is no exception.

Live selling live cars is nothing new. In previous years, every time I went to a new car conference or car show, I can see the crowd of bare-legged, thin-waisted net red beauties holding up their mobile phones. Nowadays, a serious plague is unintentional. This has catalyzed the rapid development of this model, and the sporadic marketing attempts suddenly suddenly blossomed among many car companies. 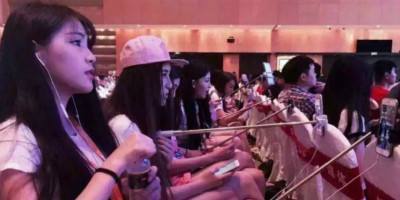 This is also a helpless move by car companies.

During the epidemic, the boring masses made the live broadcast platform hot again, and many people who stayed home chose to watch the live broadcast to pass the time. The busy people suddenly rushed from offline to online, even if they only bought their food with their fingers, contactless online car sales seemed to become a form of this time point.

This year, live car watching is no longer dominated by internet celebrities. Instead, the protagonists have become 4S shop professional sales, and even executive leaders of car companies. In the circle of friends, I saw such a sentence: “The epidemic has forced the 4S shop brother to become a car reviewer, but the recharge trace is too obvious …”

The online thinking of the new forces has always been sharper. The boss, Gothsla, did not let employees idle during the Spring Festival. The front-line sales of various stores gathered together to tremble, and live broadcast with the car owners to link Mai, Coptus Use car knowledge and other content to promote car sales. during the New Year, There has been a phenomenon that Tesla sells live broadcast links to the readers of the board of directors … During the crisis last year, Tesla, which may be bankrupt at any time, had announced that it would close its stores and switch to online sales. Selling cars online has always been a good recipe for reducing expenses in Musk’s mind. Called a systematic “great training”.

Wei Lai also brought the car to the camera. During the first month, Wei Lai launched its own Douyin “Cloud Watching Car” program, which aimed at 12 Wei Lai centers nationwide. It was posted on Weibo every day. The live broadcast plan allows viewers to experience the thoughtful service of a “cloud car owner” without leaving home. On Valentine ’s Day on February 14th, car companies launched their online offensive with enthusiasm. In the stores that have resumed work in various places, Xiaopeng’s Valentine’s Day live broadcast is launched. Tencent, Kuaishou and Douyin are all launched together to save power for the upcoming official Xiaopeng P7. With the release of investor Xiaomi 10, Xiaomi Peng live broadcasted Mi 10 and hooked netizens with welfare. From 13:00 to 14:00 in the afternoon, SAIC executive Yu Jingmin, who is called “Fat Head Yu” in the car circle, walked to the camera and rarely used the live broadcast of executives to build momentum for his Roewe and MG brands. This time, SAIC’s marketing selling point is on “anti-epidemic”. In addition to the vehicle’s own air purification equipment, SAIC has also specially introduced sterilization services such as sterilization lamps, fumigation and sterilization services, and car fresh air systems and vehicle accessories for the epidemic.

The virus has not spread, and car companies are still selling live cars, and dealers around the world are racking their brains to hope for a breakthrough online. Various sales evaluation cars and melodramas created by various 4S shop clerks on Douyin are endless, and the salesmen who have nothing to do begin to strive to discover their lens performance capabilities. Of course, there are many other online forms related to VR car watching and so on …

So how much do online live streaming and vibrato increase sales? Can it bring new vitality to the cold winter covered by this plague?

At the moment, it is not easy to draw conclusions. At present, no car company has announced the recent online transcripts.

The car circle has been doing live broadcasts for so many years, but there are not many cases that can come out. The fame of the First World War was due to the cooperation between the MINI and Rebecca that year, and sold 100 cars in 4 minutes, with a great record. Although there are various auto companies showing off the results of live broadcasts and how many bookings have been won in minutes, it is impossible to know whether the data is authentic or not.

Small products can be found on live broadcasts, but it is a small probability that you want to sell your car online. Automotive is a commodity, and there is not much impulsive consumption. Even the 90s who are famous for “impulse”, they are more inclined to “seeing is believing” before buying a car. Live broadcast can be seen as a great way to obtain customer sources and gain leads, but there is still a complete test drive model and online trading system behind it, to achieve completely contactless online lending, online Payment is still a challenge for many manufacturers.

Whether the car is good or not, the workmanship is exquisite, and the ride is comfortable. This kind of benevolent indicator requires consumers to judge with their own senses. Take my frequent online shopping for example. Without the selection conditions, the food I got was really unsatisfactory.

Fortunately, there is also a “home test drive” service that goes hand in hand with live car sales, but we don’t have the opportunity to actually experience it, so it’s not easy to evaluate the service. But how about, for products such as cars, live broadcasting is definitely not a life-saving straw. If you want to sell well, you also need to see a series of supporting packages such as test drives and financial services. Under a severe epidemic situation, it can be achieved without contacting the entire process from car viewing, test driving, car buying, and delivery. This is also the most scientific model of online sales in the future, and every link must achieve a high-quality experience.

As for the effect of the collective live car sales, see you in the sales list next month!