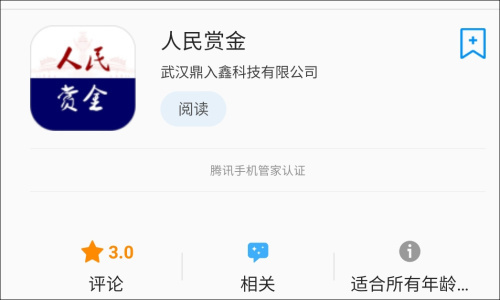 The name of the software makes it easy to think of a common occupation in the game “Bounty Hunter”. As the name suggests, it is someone who hunts criminals for a bounty, and “People’s Bounty” seems to adopt a similar model. The introduction wrote:

Is it the Bounty Hunter Reality? Just think about it!

My journey to riches is over before it ends

Opening the “People’s Bounty”, the start page of the black-and-white iron window photo is very shocking. Entering the homepage, I really saw a long list of wanted criminals, not only marking the bounty, but also distinguishing the risk factor, and even making a list based on the bounty and popularity, catching the fugitives and playing the game. Although the earthy banner above is very eye-catching, it can’t stop me from violent and peaceful.

▲ There are rankings of danger index, just ask if you are afraid!

However, as I flexed my muscles, prepared to study the information of the fugitive, and tapped into my image memory potential, I found that something was wrong.

At least half of the so-called 14 fugitives in the case are duplicates. Is this one named Chen Wenhui, or is it the same name and same name as the “Xiong Chao” upstairs? As for why I did not mosaic the information of the characters in the picture, I found that these people were indeed wanted fugitives from the Ministry of Public Security. The information was made public. However, when I saw the name “Zhou Kehua”, I almost thought I had crossed . “Ten lives in eight years, tens of thousands of military police hunted down the siege, Su Xiangyu series of gun robbery and homicide makers.” The description is true, but hasn’t Zhou Kehua been killed by police in 2012?

After seeing the reward of 100 yuan, I confirm that this application must be amusing me. In fact, the reward the police provided to reporters was 100,000. There is a “I want to add a bounty” button on the wanted person’s details page, but after clicking it, the Alipay and WeChat donation collection code appears. This simple and violent “crowdfunding” compliance is doubt.

There is also a “funds” column in the app. I originally thought that this company was also doing fund sales. I didn’t expect this fund was not another fund, but rather a crowdfunding fund. I don’t know that this 210,000 is a real reward Data is also a number that developers fill in casually. The “bank special account” and “fund use dynamics” below are also very good, just the information captured from the Internet based on keywords.

It’s impossible to make money with “People’s Bounty”. The best financial software of the year is fake. It may be more suitable to call it “the most imaginative begging software”.

Who has developed this wonderful app? The icon of this app is very similar to “People’s Daily”, it is easy to make people mistake it as “People’s Daily” app, which has increased its credibility. However, software developmentThe merchant is “Wuhan Dingxin Technology Co., Ltd.”. Tianyancha shows that the company only has a product called “People’s Bounty”, which has nothing to do with “People’s Daily”. Every operation of rubbing the ball or even suspected of illegal fundraising can also explain why the app has not been listed on the App Store or most of it, and the app has not been updated since March 2019. It may be Even the developers did not expect to be suddenly turned out at this time, but it was not ruled out that it was intentional.

In short, this is a gimmickless, valueless app. It is not recommended to download the experience. In addition to wasting time, looking at the cowardly fugitives may cause nightmares.