The band retired, and the show had ended for three minutes, but the barrage in the live room did not stop.

“Encore” means “Encore” (singing to ask to sing again). Offline, this slogan is often heard when fans call on bands and singers to return to the scene. Nowadays, this sound has been replaced by live broadcast. Silent barrage.

On March 16th, the “Secret Action” band just finished the live broadcast on Netease Cloud Music, with a total of over 650,000 viewers, and the popularity rose to the second place in the hourly list. 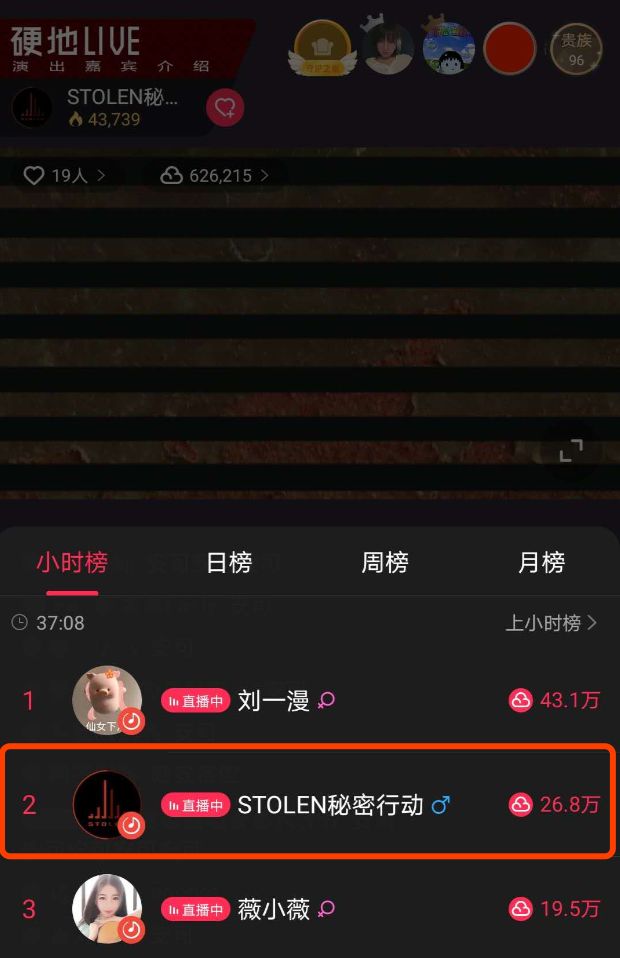 The offline performance has been completely suspended, and “Secret Operations” have been put on hold in China, Japan, and Europe. For them, this was a summer full of schedules, but unexpectedly it turned into a long rest period that can only be spent at home every day.

Commercial performances are suspended and Livehouse is closed. The income of some middle-end musicians has basically stagnated, and they are turning to the online test “cloud performance”. Almost never-before-seen popularity, musicians rushed into live studios at such a high frequency and high density to perform, and the music scene relied on the screen to connect a huge audience.

The entertainment platform took the lead in smelling opportunities. Online music performances such as “Cloud Village Bedroom Music Festival”, “Home Strawberry”, “Online Livehouse” and “Sofa Concert” were launched successively. Netease Cloud Music, B Station, Douyin, Hurry up, sing it and so on, no one wants to miss the online music carnival.

Where will this hustle and bustle go when the epidemic is over?

Musicians flock to the live room

For many musicians, this spring is not going well.

But due to the suspension of the show and no new music production cooperation, he was helpless recently to broadcast live on Netease Cloud Music and tried to perform online.

Jeff did n’t want to just stare at the headphones casually, just sing a few songs, and ended up buying a new sound card.Just commissioning it took two days. This is also the first live experience of Jeff, who became a independent musician in NetEase Cloud Music in 2016.

In fact, during this epidemic, many musicians are trying to face the mobile phone camera for the first time and meet the audience in their bedroom, living room, and study. In the past, even if it was live, it was more based on offline performance venues, such as Livehouse, music festival live, performance live and so on.

In the past month or so, the old wolf, Xie Chunhua, concealed bar, flower porridge, new pants, tour group, Mr. Turtle, etc. have surpassed the scale of musicians who can gather in a single field at all music festivals in the past. Frequency of performances in the live room.

From the data obtained by Tech Planet (WeChat ID: tech618), it is clear that more than 5,000 groups of musicians have signed up for the Yuncun Bedroom Music Festival alone, far more than the previous live music festivals and offline music festivals. The scale of Chinese musicians’ participation.

In a short time, the mode of online performance is also changing.

Take Netease Cloud Music, the first stage of the “Yuncun Bedroom Music Festival” is in the form of live audio. The musicians did not show their faces, but only interacted through voice and text. It wasn’t until the second installment that it really started trying live video streaming. Compared to the original live broadcast mode of scattered musicians, the “Cloud Village Bedroom Music Festival” is more like a gathering of musicians to provide a “cloud stage” alternate performance.

With the end of the special performance of the secret operation “Hard Land Live” on March 16, the third live form of musicians has evolved. 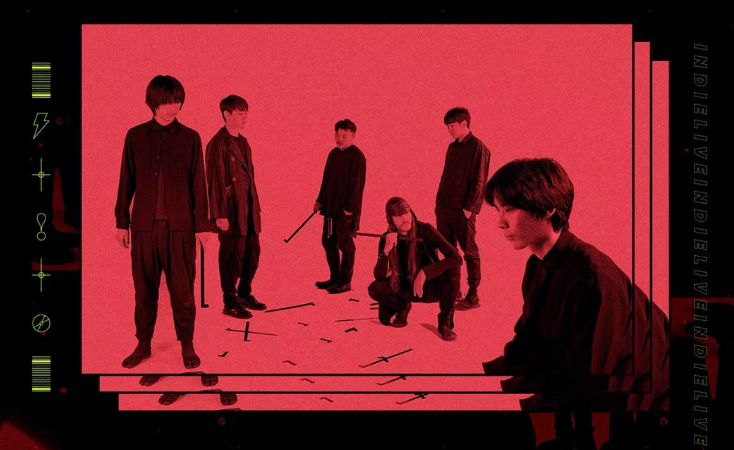 In Chengdu’s offline rehearsal hall, 7 members of the “Secret Operation” band completed a full live broadcast. After the channel was switched online, they were able to add more visual and visual expressions to the music performance content. Three special LCD screens and guide machines were added to the scene to add a new expressive force to the music performance, which made many audiences exclaim that it was “the most explosive and dedicated cloud scene.”

This is almost impossible to achieve in the past offline performancesVisual expression.

At the same time, “House Strawberry” planned by producers such as Modern Sky also opened up a “live show + home-made + real-time live broadcast” format. At the same time, there are also live performance videos of record companies and music labels. The production becomes a show platter, which is broadcast live at a fixed point in time.

With the gradual influx of musicians into live studios, platforms, record companies, and music labels are trying to find a more suitable mode for online performances.

Who will come out on top

For Quick Hands, Douyin, and B stations, the high expectations of the “Cloud Music Festival” are to complement the content platform ecology. In the past, whether it has triggered “cloud bundi” in many bars, nightclubs and live broadcast rooms, or invited food bloggers to “cloud eat”, introduce attractions, museums to “cloud tourism”, find talk shows, The cross talk actor went online to talk about the slogans and the “cloud performance” that was shaking. It was nothing more than a different content planning perspective. The core purpose was to stimulate the diversification of ecological content.

Performed 4 to 5 days a week, 2 to 3 hours each time, 5 to 6 groups of musicians per day. One month later, 85 groups of musicians participated in the “Yuncun Bedroom Music Festival”. The direct data is that in the first month of the Yuncun Bedroom Music Festival, the cumulative number of viewers exceeded 16 million, the cumulative viewing time exceeded 21.98 million minutes, and a total of 6.85 million barrage interactions.

Quick Hands, Douyin, and B stations rely on thematic activities to cultivate the habit of musicians going live on the platform and try to break the circle in a certain sense. In terms of repercussions, this measure will stimulate users to flood into the platform, and how much remains depends on subsequent operations.

Netease Cloud Music is special in that it normalizes the live broadcast of musicians and immerses itself in continuous cloud music performances. In other words, NetEase Cloud will not shelve the “Cloud Village Bedroom Music Festival” project because of the disappearance of “home flow”. In the future, the flow of support for musicians will continue. Even, they can plan other “hard ground Live” and “Yuncun bedroom music festivals”, etc., with more live content and forms around musicians.

The more vertical NetEase cloud music has a strong music community gene, but also has enough space and motivation to refine and mature the mode of cloud performance. This means that for musicians who are still growing, Netease Cloud Music is a powerful reservoir. Through the mode of live music, users can have more channels to dig into “treasure musicians” and get them More exposure, and opportunities to complement external performances.

For many original musicians, the lack of exposure and performance opportunities has been a long-standing problem, and live music will promote users’ intuitive perception and convert audiences in live music into fans. At this point, the most direct benefit of Look Live is that it can encourage these fans to settle in Netease Cloud Music.

The next “Liu Yuning” of “Cloud Music Performance”

“Online is an attempt that the epidemic has forced us to do, because this is also the only thing that can be done now,” Shen Lihui, founder of Modern Sky, mentioned in an interview.

Shen Lihui believes that many scenarios online and offline can be opened up, and in the future, this boundary will become increasingly blurred. In a sense, the epidemic is pushing the whole rhythm forward, and user habits are being cultivated in advance.

In fact, the habits of musicians communicating with fans, making online announcements, and performing through live broadcasts are also gradually being cultivated. The industry consensus is that offline performance and online live broadcast are not the same. “The live broadcast of musicians is a supplement to the offline scene, not a replacement, but also an extension of exposure and interaction with fans.” Zhao Zong, senior director of the original music department of Netease Cloud Music, accepted Tech Planet (WeChat (ID: Tech618) said in the interview, “Take us, online exposure is not just converted into reward income. Musicians value more that they can be transformed into an effective interaction as a whole in the community ecology of Netease Cloud Music. . “

“Specifically, on the live content, many musicians will share their unreleased new songs in the live broadcast, and at the same time make a preview of the new song release, there will be more product updates related to the live broadcast of musicians to help them do a good job Live music and announcements, “Zhao Zong said.

A person in the music industry also believes that in the future, “music + live broadcast” will definitely be an important direction and trend of live broadcast. The live broadcast of musicians is like the relationship between online e-commerce and physical stores. It cannot be described solely by substitution or by substitution. More accurately, it should be symbiosis.

But as far as the current form is concerned, there is still a lot of room for improvement and improvement of the live broadcast of musicians. How to present more complete music performances, more elaborate productions and stages through online methods is left to all Challenges to be optimized for live broadcast platforms, record companies, and music labels. 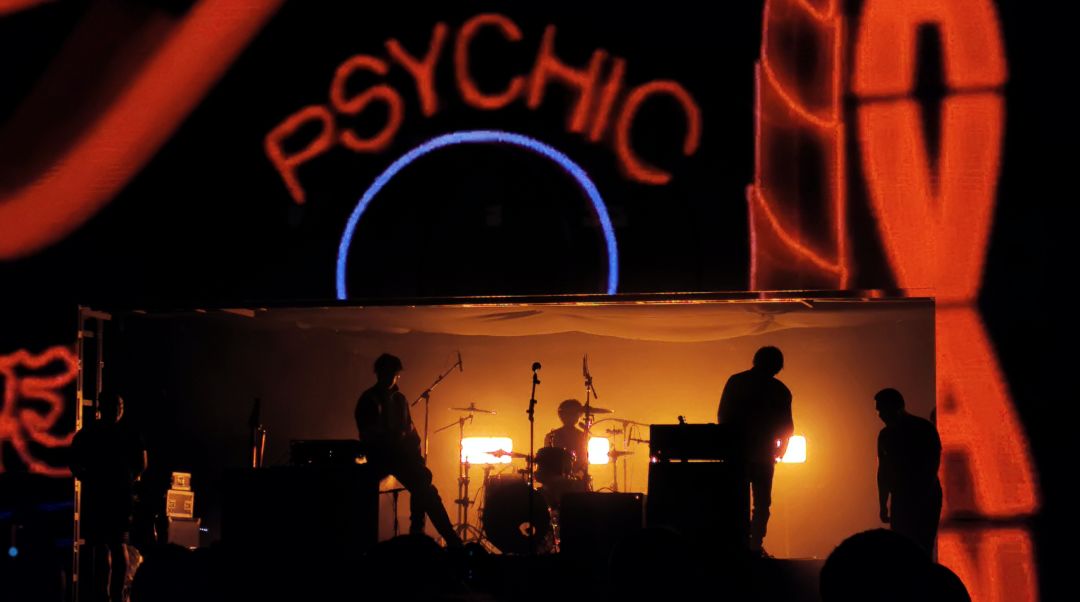 During the epidemic, various links in the music industry were reported to be closed down, or online trials and relocations were unavoidable. Earlier, he laid out live music, and used Look Live as an important part of his social strategy. Netease Cloud Music took the lead in seizing commercial opportunities.

According to a person familiar with the matter, next, the Yuncun Bedroom Music Festival will have a special brand title, which means that the commercial space for online performances is being explored and gradually gaining market recognition.

The rapid development of the live broadcast industry in recent years has formed a complete business model. In the past, there have been artists such as Feng Timo and the modern brother Liu Yuning.Out of the broadcast room, the music anchor turned into a typical representative of the musician, they can rely on online rewards to get the desired income. But for traditional musicians, online income is still not their main source of income at this stage, and even online income only accounts for a small portion.

But with the gradual transformation and maturity of online musician live streaming models, the space for the commercialization of online performances is gradually being explored. There is no doubt that the main body of music creation is the source of power for the development of the music industry.

For NetEase Cloud Music, which has 100,000 original independent musicians, in the future, the next “Feng Timo” may be hidden in this batch of live broadcasts against mobile phones, which can maintain high-quality music production and is in the growth stage. Of musicians.