In the hottest Nintendo game, there is a group of young people who want a big house

The new day begins with jumping up and down on “No Manuscript Island”. The peaches on the island and the transplanted oranges were ripe, covered with treetops, and fell after shaking. The lilies and hyacinths planted with great care also hybridized into the desired color, and caught the “human face stink bug” among the flowers. I ran across the river to fish, and dug out three fossils, and then went back to the museum to find the owl Fu Da for identification, which just happened to form a skeleton of Iguanodon. Knock on the stone, catch the tarantula, talk with the small animals, and finally lie on the hammock under the coconut tree, watching the afterglow of the setting sun, hoping to make a wish under the meteor at night.

This is Nintendo’s game “Collection!” The daily scene of “Animal Friends”. The first three days of Japan sold 1.88 million physical cards, breaking the first week of the Switch game sales record. The number of domestic Weibo # 动物 森 友 会 # topics read 1.6 billion, and every young person living in a big city has a play Friends of the Animal Forest Friends Association, they affectionately call it “moving forest”.

It is said that everyone in “Momori” started to release their nature:

The unit ’s macho is a gentle kid in the game;

In addition to the otaku who can leave the house for a week without throwing garbage, he loves nature very much in Dongsenli;

Employees who appear in the lattice between high-end office buildings on time every day, reclaim the land on the grassland of Dongsen and plant all kinds of flowers;

The young people living in the 8-square-meter rental house have their own museum in Dongsenli. They do not collect chicken soup and articles pushed by leaders, but sharks, butterflies and fossils.

Life in “Motion” quickly became the dream of many people. But in fact, “moving the forest” is the other side of reality. It takes time to make money, more and more renovations that need to be spent, unfinished mortgages, a 24-hour clock that is synchronized with reality, and is richer than you. , Friends and neighbors with bigger houses.

Nintendo said in the promotional video, “This is your choice, what kind of life do you want to live?”

The girl who plays with the forest, There is a house in the rental app that will not go to live

Yi Xiao has been “immersing” for nearly 50 hours in “Dong Sen”. She has spent a lot of time building new houses, developing gardens, and filling museums. She has also built island homes for two little animal friends.

In real life, Yi Xiao, like most post-90s who come to Beijing, shares a house with strangers. “Home” is about an hour away from the company. The house is not a luxury area, and cost and convenience are the most important. Considerations.

The post-90s grew up in the age of abundant materials, and the same is true. I like sunlight, large windows, large bedrooms, and self-closing spaces that are not disturbed. After work, I close the door and live in my life.

“Now this residence has cost me a lot of hard work.” Yi Xiao shared his house with his girlfriends after graduating from university. Although the house was an old house in the 1980s, the owner has always lived on his own and the house is in good condition. After their stay, the two added carpets, tables, storage and various kitchen utensils.

But this year the girlfriends moved away because of job changes, and the roommates who moved in became strangers. Yi Xiao’s urge to decorate and renovate the house with her girlfriends came to an abrupt end. Sometimes “hands and feet” in public spaces become a kind of trouble–shared houses are easy to disturb each other.

Without girlfriends, the game fills the time that was originally enjoyed together, and it is also known that it is online in “Dong Sen” and becomes happy, because the house can be tossed inside, and the house inside is large enough, space renovation, garden, collection Everything can satisfy your imagination of the house.

Yi Xiao ’s house in “Dong Sen” is becoming more and more affluent, but the house she shares with strangers is starting to leave.

Because of the arrival of “Dong Sen”, Yi Xiao did not feel that there was a significant difference between her life before and after her girlfriend left. The bed was still the place where she lived for the longest time. house. 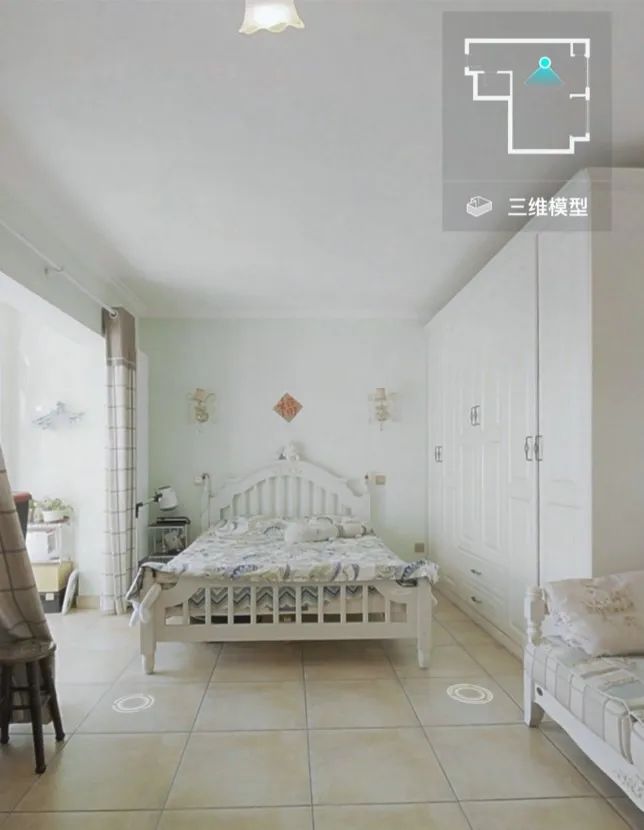 It ’s a rented house. The green wall paint is still very new. The exquisite home and design reveal the princess and the natural and fresh atmosphere everywhere. Wall clock, sunshine sofa, bay window, warm night light, large vanity mirror Readily available. When I stopped in the game, I would enjoy the feeling that I lived in this house, just like life is new, although the house is rented, but I am the owner of this space, and the wall clock passed by Every 24 hours, you can fly.

But I also know that I will not rent that house for the time being, because the rent exceeds 40% of my salary. Not far from Yi Xiaohe’s rented house, the house that was collected became another “moving forest” space for her, lying quietly in the APP and being opened from time to time.

Put down her beloved home, She put a fish in the museum in Dongsenzhong

“The moment I see a thing, I know where I should put it.” Miaomiao wants to buy good-looking household items, but “the contradiction between good-looking and where to put it” will To make her anxious for a short time may be a pity for many hoarders.